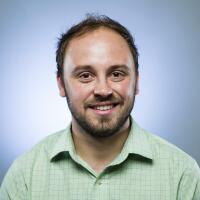 Before joining the Los Angeles Times in 2014, Chris Kirkham worked for more than three years as an investigative reporter at the Huffington Post in New York, covering private prisons, for-profit colleges and the environment. He was also a reporter at the Times-Picayune in New Orleans, where he became versed in the fine art of hosting a Cajun seafood boil. Kirkham is a Texas native and a graduate of the Medill School of Journalism at Northwestern University. He left The Times in 2016.