The timeless, breathtaking beauty of the Southwest from above

During his time in the sky, pioneer aviator Charles Lindbergh noticed that the world looked profoundly different from the cockpit of a plane. In 1929, he and his bride, Anne, flew over and photographed the Southwest's remarkable landscape and archeological sites from the air.

More than eight decades later, New Mexico pilot and photographer Adriel Heisey leaned out the door of the light craft he was flying to capture Lindbergh's images, looking for the same angles and the same time of day.

The result of both sets of aerial work will be displayed in a side-by-side show called "Oblique Views: Archeology, Photography and Time," which opens Oct. 25 at the Museum of Indian Arts and Culture in Santa Fe.

The project started with the idea of restoring and protecting the 198 deteriorating nitrite negatives shot by Lindbergh, which are owned by the museum. Then came the idea of re-creating what the aviator had seen decades before. 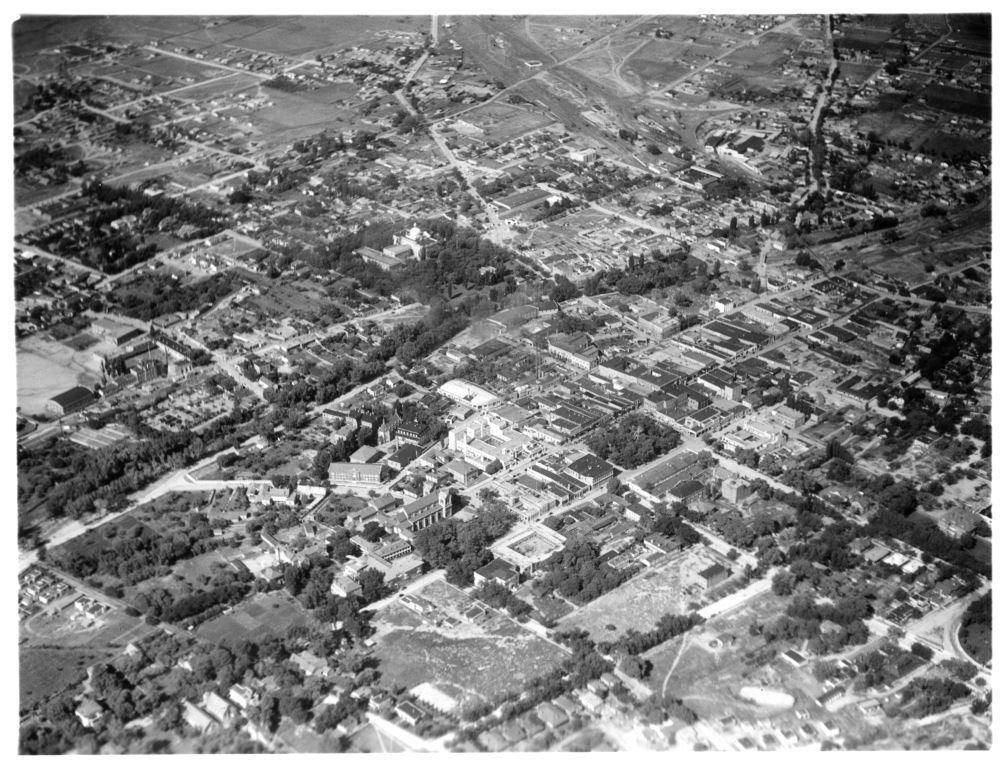 Aerial view of Santa Fe, circa 1929. (Charles A. and Anne Morrow Lindbergh / Museum of Indian Arts and Culture) 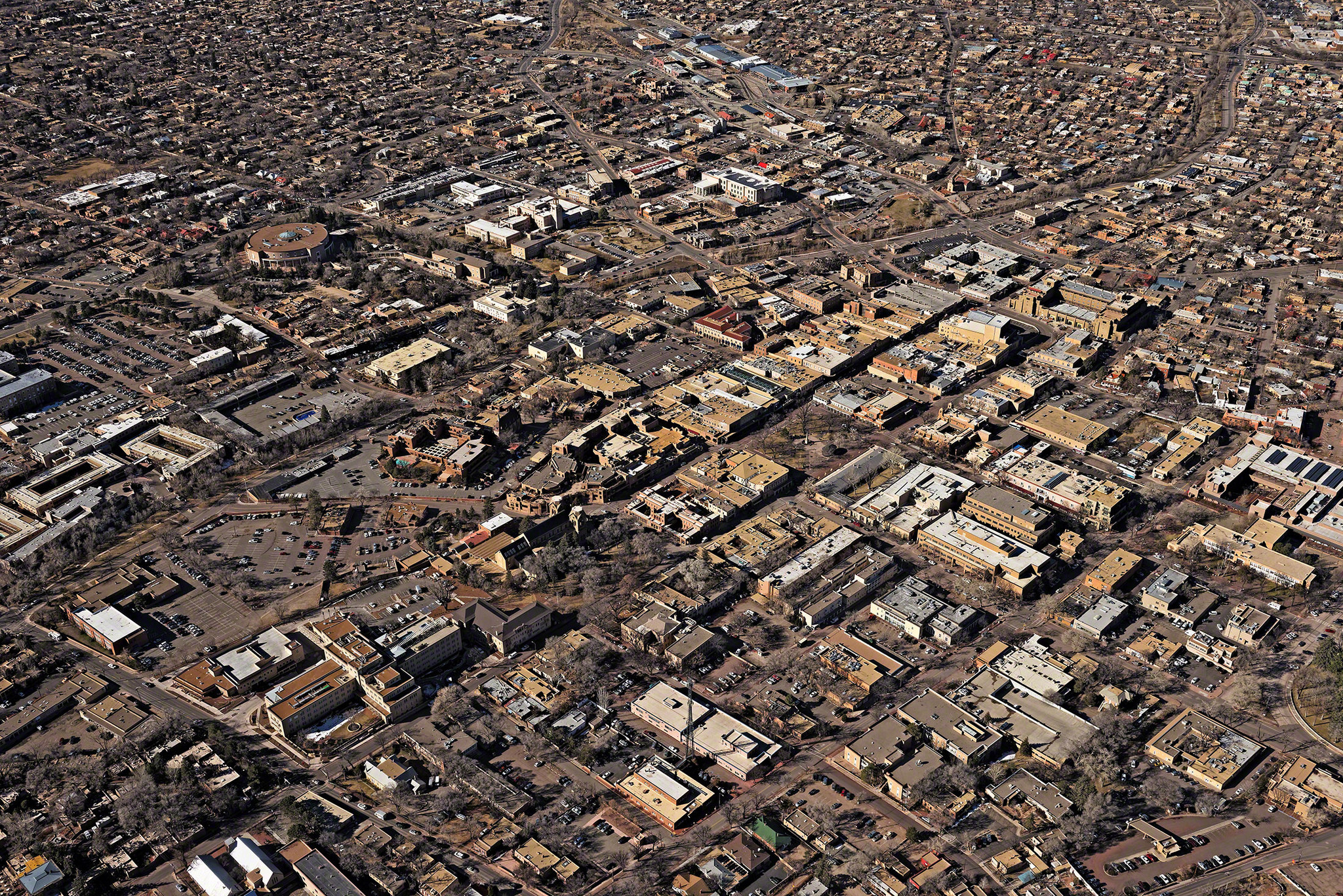 "There are really big differences in Santa Fe," museum curator of archeology Maxine McBinn says. "What was farm fields is just a sea of houses. It's really amazing to me. Santa Fe is still not a huge place, but it's so much bigger now than it was then."

Aerial shots of Canyon de Chelly (now part of a national monument just over the border with Arizona) and Chaco Canyon (now a national historic park in northwestern New Mexico) tell a different story too. 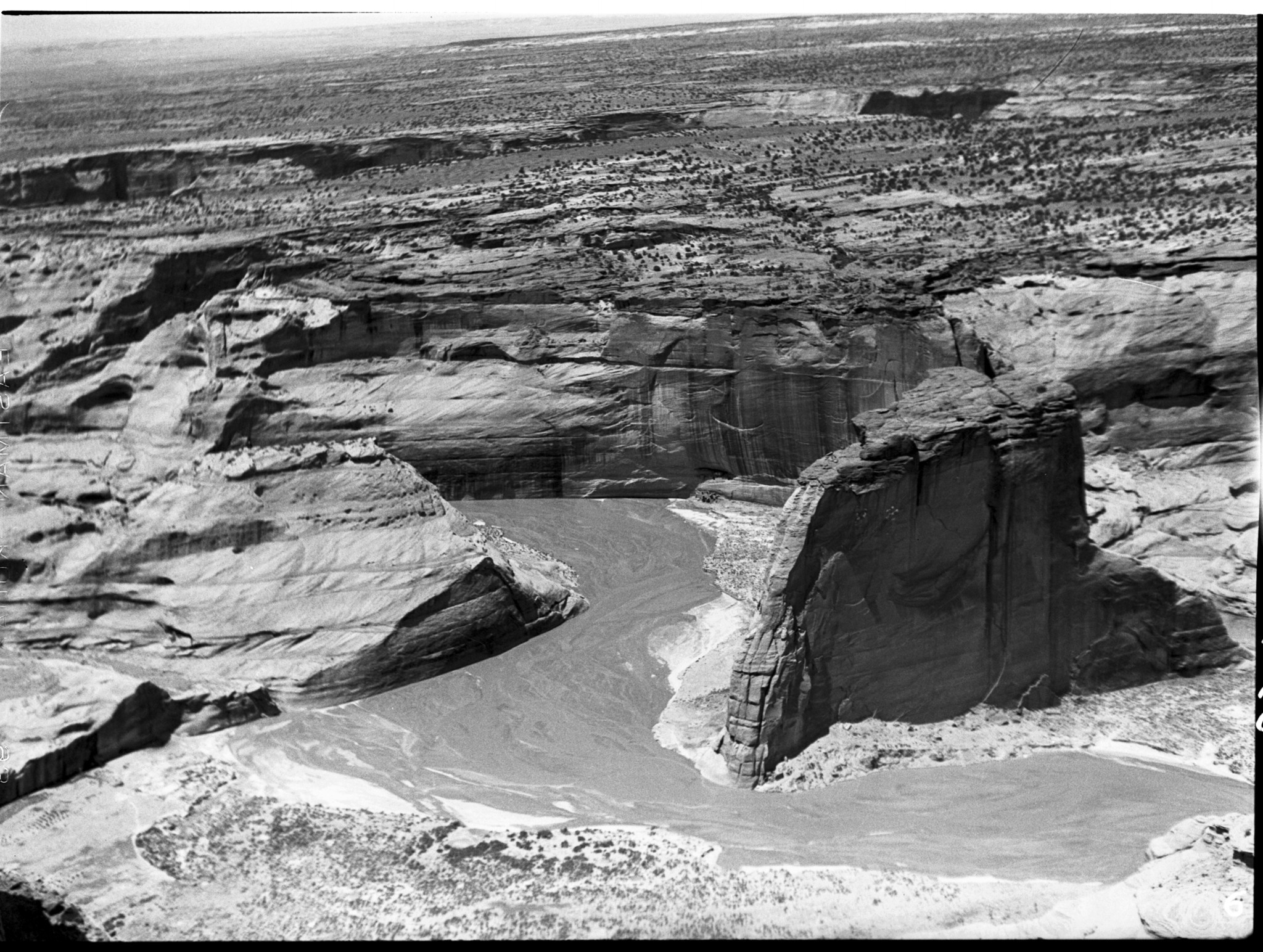 Chinle Creek and the White House ruins in Canyon de Chelly, circa 1929. (Charles A. and Anne Morrow Lindbergh / Museum of Indian Arts and Culture) 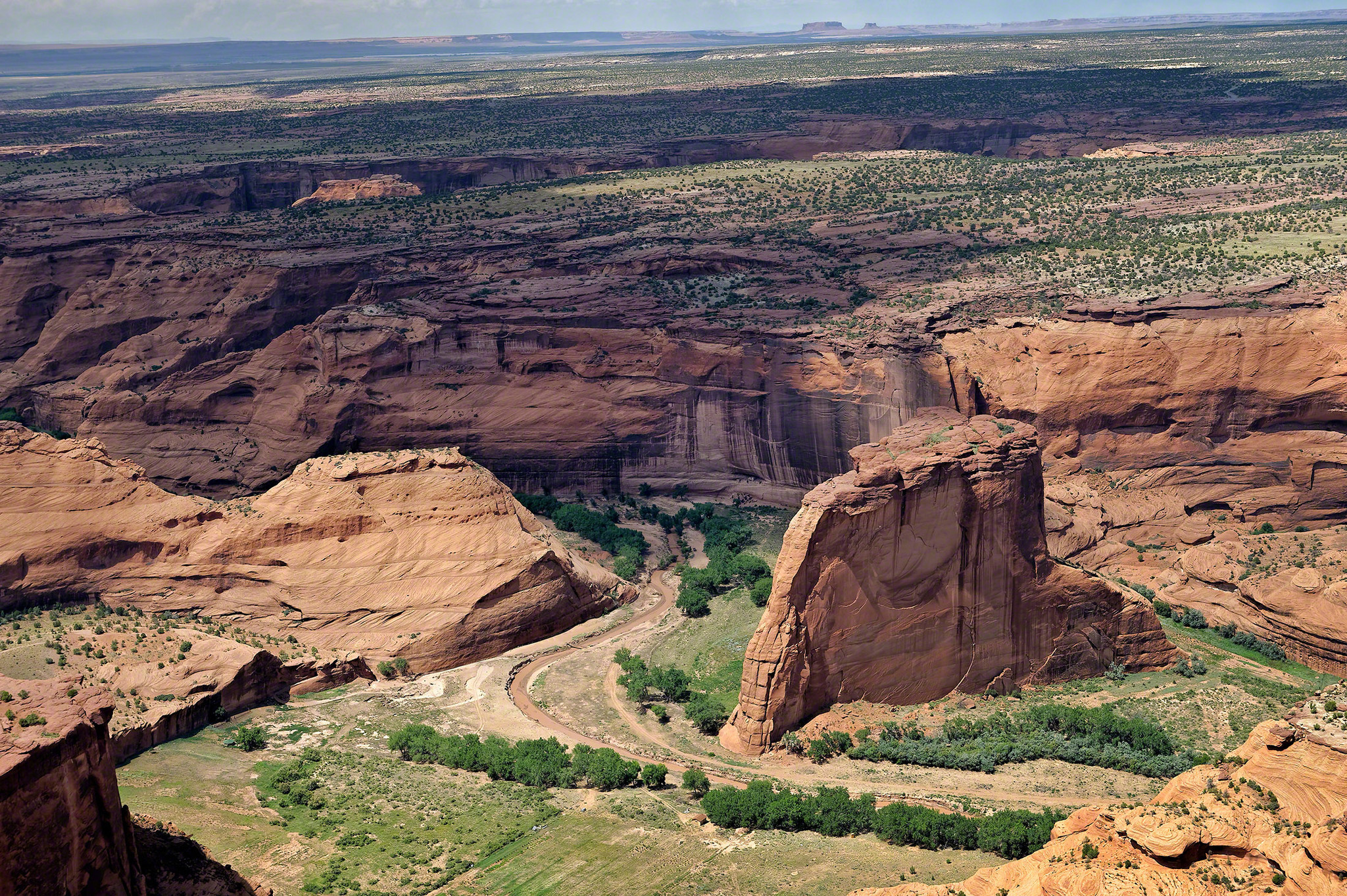 The modern view of the White House ruins. (Adriel Heisey)

Images of the Anasazi structures known as the White House reveal a greener landscape nowadays because there are fewer animals grazing in the canyon.

Also, the National Park Service removed historic structures from places such as Canyon de Chelly and Chaco Canyon to showcase the ancient structures. So, McBinn says, old trading posts and buildings where archeologists slept have vanished.

"We think of the past, and these remote places and nobody being there," McBinn says. "There were more people there in 1929 than there are today."

Visitors to the show will see side-by-side photographs that create a time-lapse effect. Lindbergh shot his photographs with a 2-by-3 camera that used cumbersome glass plates; Heisey shot with a digital camera, checking his laptop while in the air to see how his photo compared with Lindbergh's.

The exhibition that opens in fall will remain on display through May 2017.

A cast of robots run this Japanese hotel