Disneyland vs. Disney World: Which costs more and how can you save?

In the smackdown between America’s Magic Kingdoms, I’ve always wondered whether it’s cheaper for travelers to visit Disneyland in Anaheim or Disney World in Orlando, Fla. For Southern Californians, it’s a no-brainer that the nearby Disneyland doesn’t require pricey airfares.

But what about the overall picture? Travel booking website Hipmunk analyzed data and came up with this infographic that tells all. 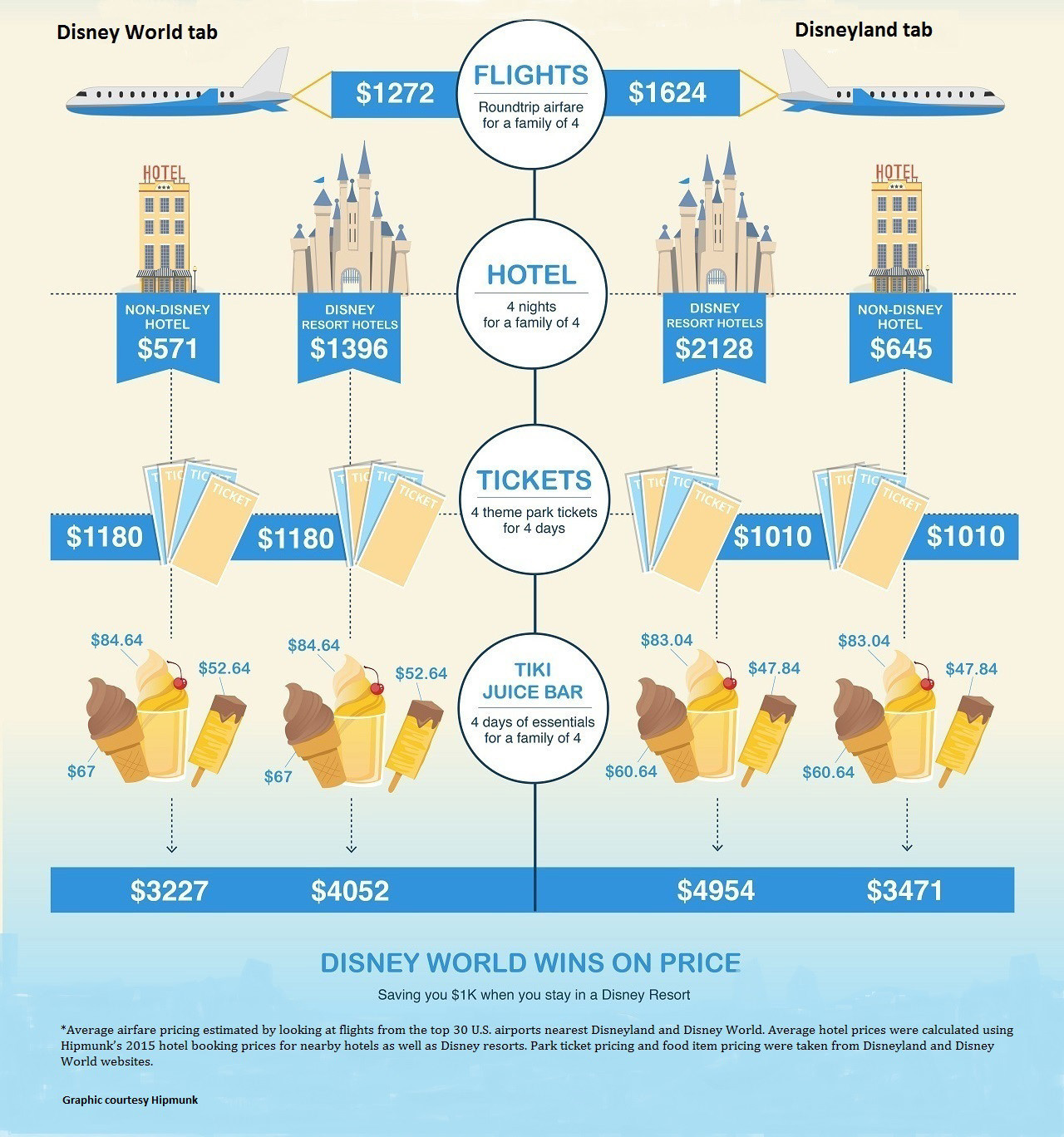 The bottom line: The biggest savings at either park will be on staying at a hotel that isn’t inside the Disney realm. Hipmunk declares Disney World the winner for folks staying in Disney resorts, but read on to see what I found when I checked airfares from L.A. 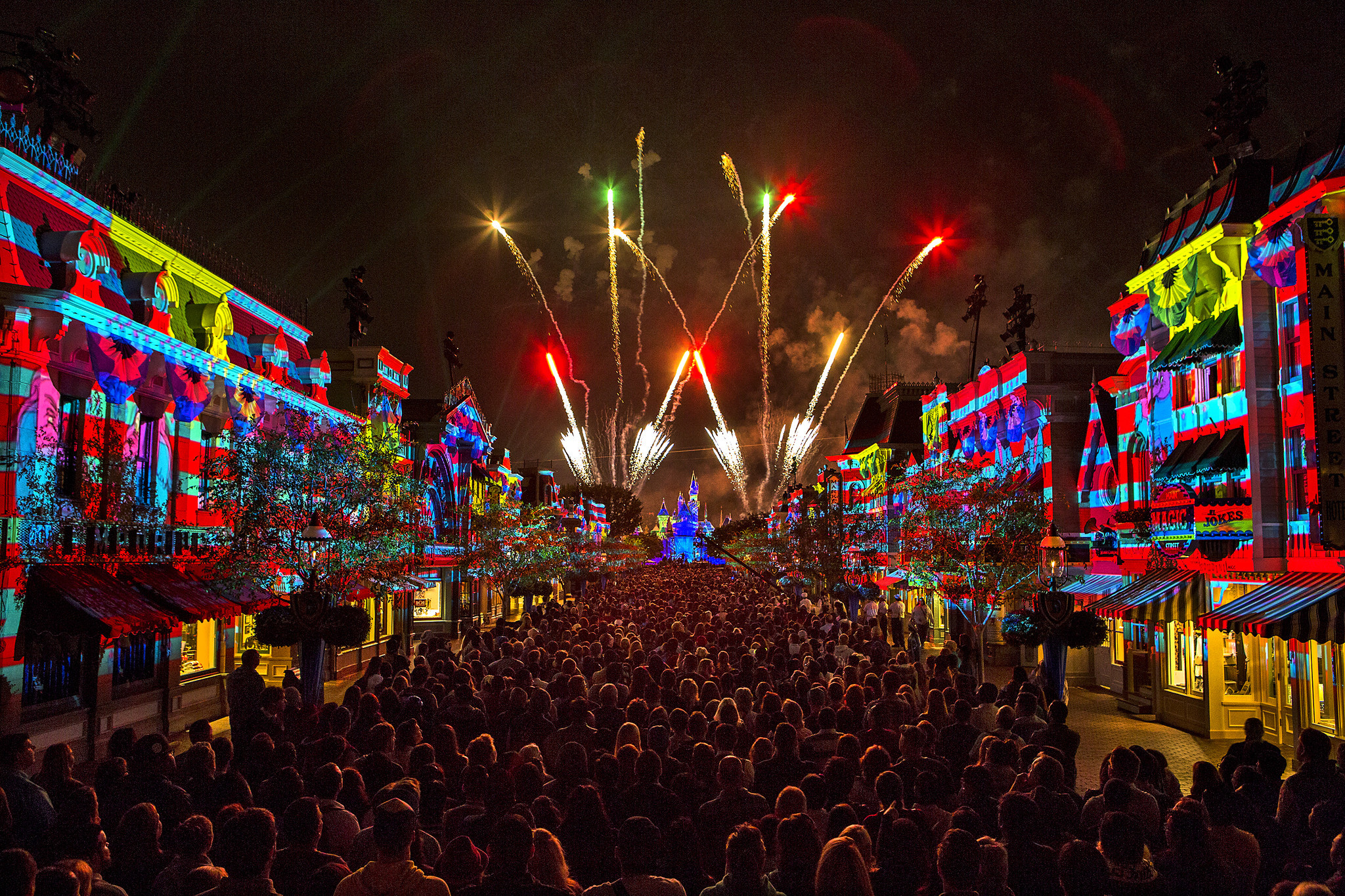 According to Hipmunk, you can save more than $1,400 on four nights of fun if you stay at a non-Disney hotel near Disneyland. That would come in handy because four tickets for four days costs about $1,010.

For off-site bargains, here are six hotels in Costa Mesa that are giving a free ticket to Disneyland to guests who stay between now and early September.

But back to those little things. Four days of, say, ice cream cones or smoothies for four people at the Tiki Juice Bar in Disneyland will set you back $60.64. And I won’t even talk about the calories. 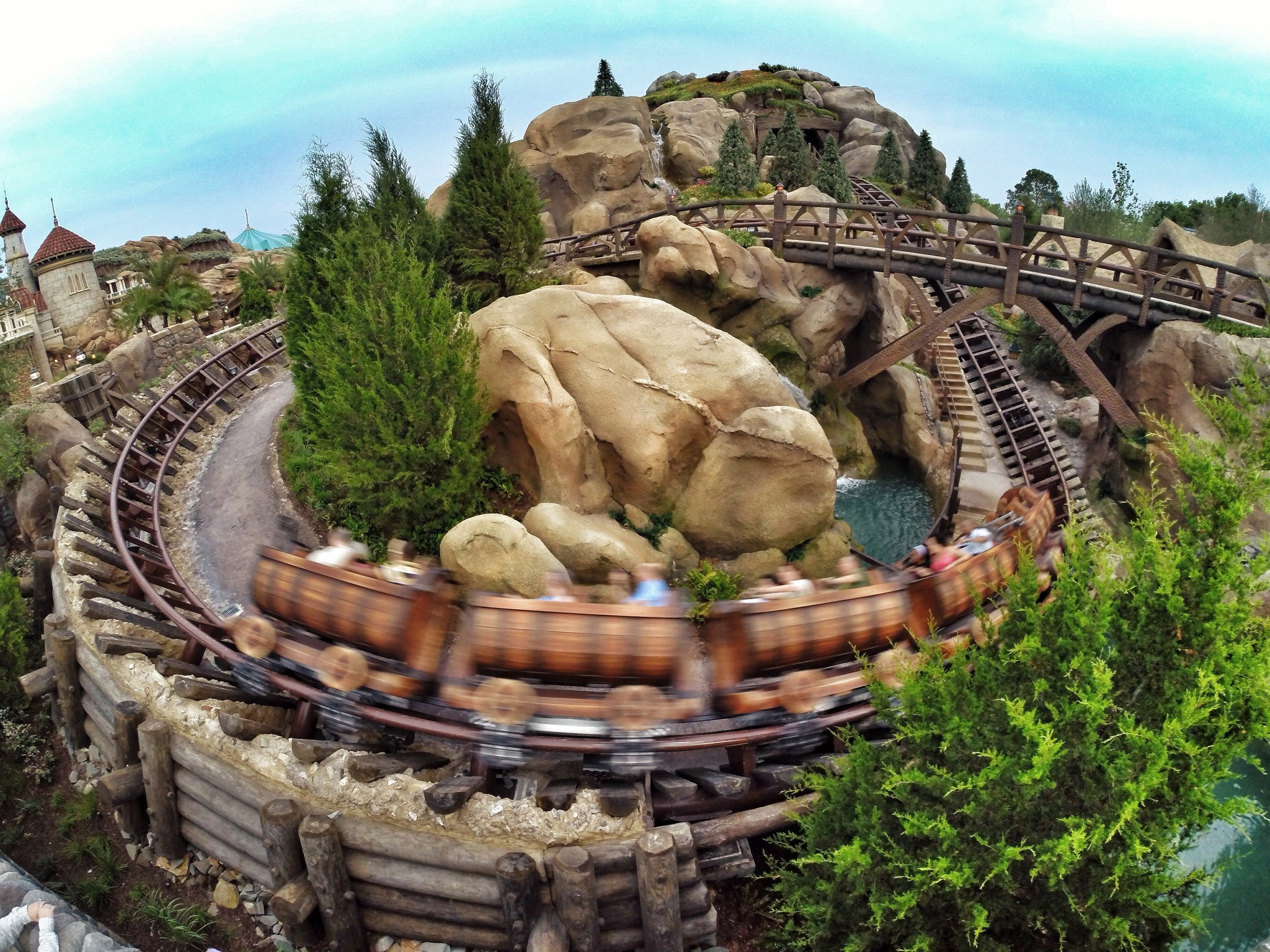 Hipmunk says flights to the Orlando theme park for four would cost an average of $1,272. I did a quick check on Kayak for mid-September nonstop flights for four from Los Angeles International Airport (LAX) and found prices starting at $1,724. That’s a significant addition to the cost for Southern Californian travelers.

When it comes to hotel stays, the non-Disney hotel option saves you about $800. Expect to pay $1,180 for four tickets for four days and the Tiki bar prices are only slightly higher than the California ones.

Discount ticket seller Undercover Tourist points to free activities that offer a bit of a break from the roller coasters. In the Animation Academy at California Adventure, a Disney artist gives free lessons in sketching Disney characters.

Also, inside Big Thunder Ranch at Disneyland are tables and chairs with coloring pages and crayons for children.

And the biggest tip that shows up on just about all mommy blogs: Bring a water bottle that you can refill at restaurants in the park. It’ll save a bundle on paying for endless soft drinks for you and the kids.

Six hotels that will give you a free ticket to Disneyland