Los Angeles Times photographer Mark Boster spent several days shooting video and stills of Union Station in November. On most of his assignments, including this one, he takes his film camera. When he's moved by nice lighting, a special moment or outstanding composition, he takes it out. Here's a look at the black and white scenes he captured at the historic train station with his Leica M6. More photos | Read about Union Station 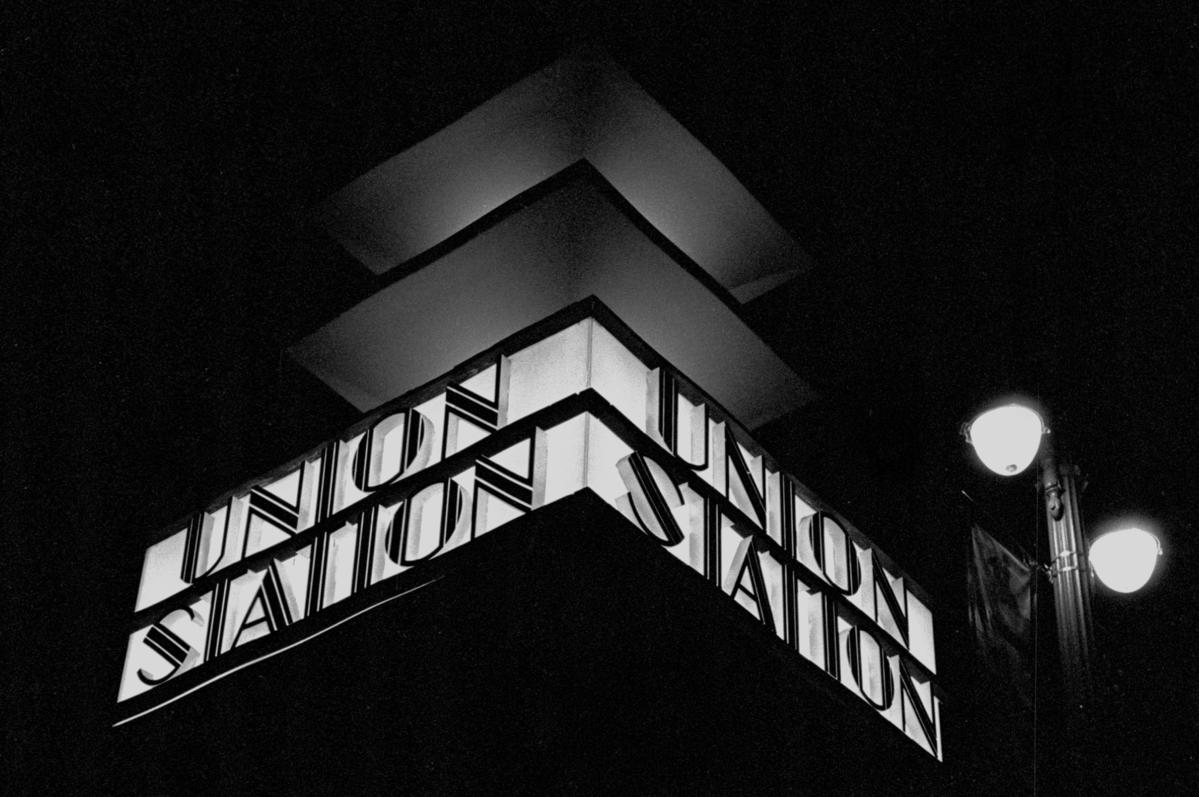 Born in 1939, Union Station is the last of the great American train stations. 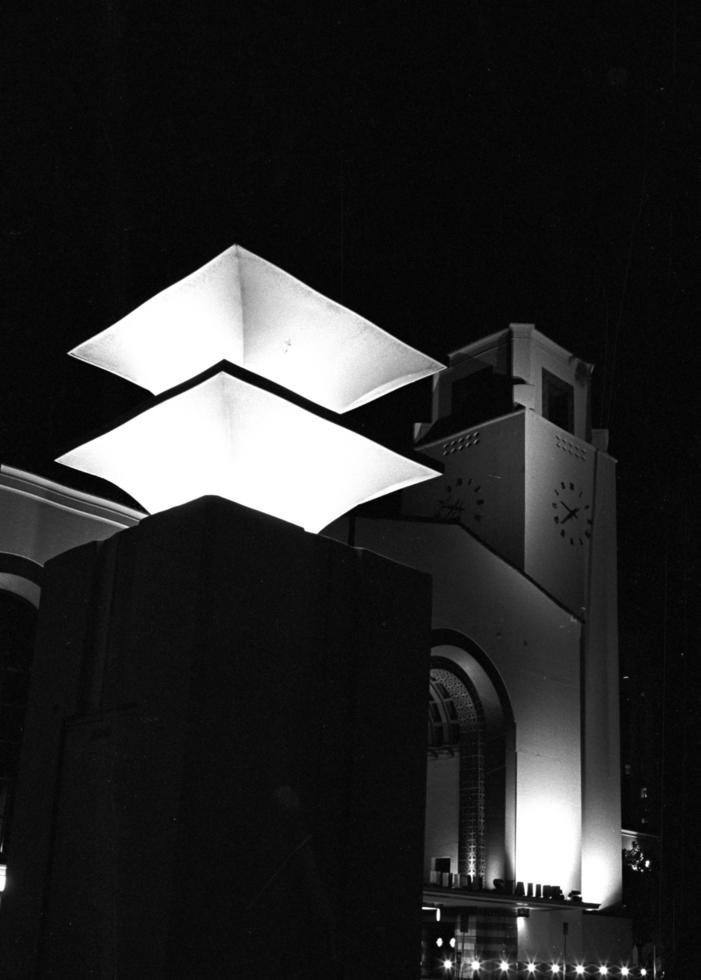 The station is a marriage of Spanish Colonial and Streamline Moderne styles. 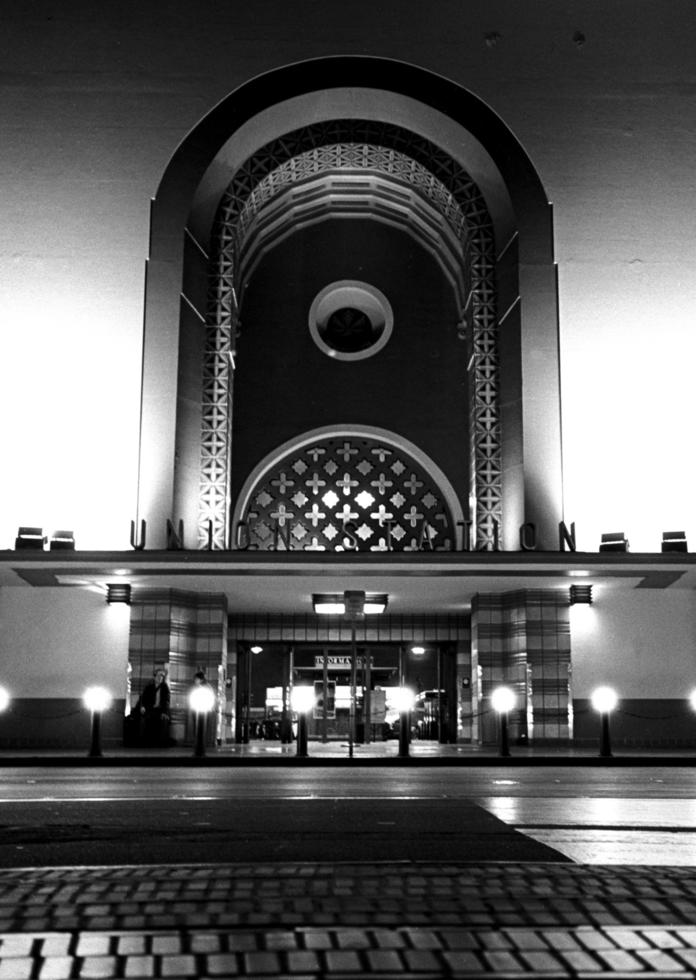 After a dismal slog through the late 20th century, Union Station is busier than ever, with about 10 times the traffic it had in its prosperous early years. 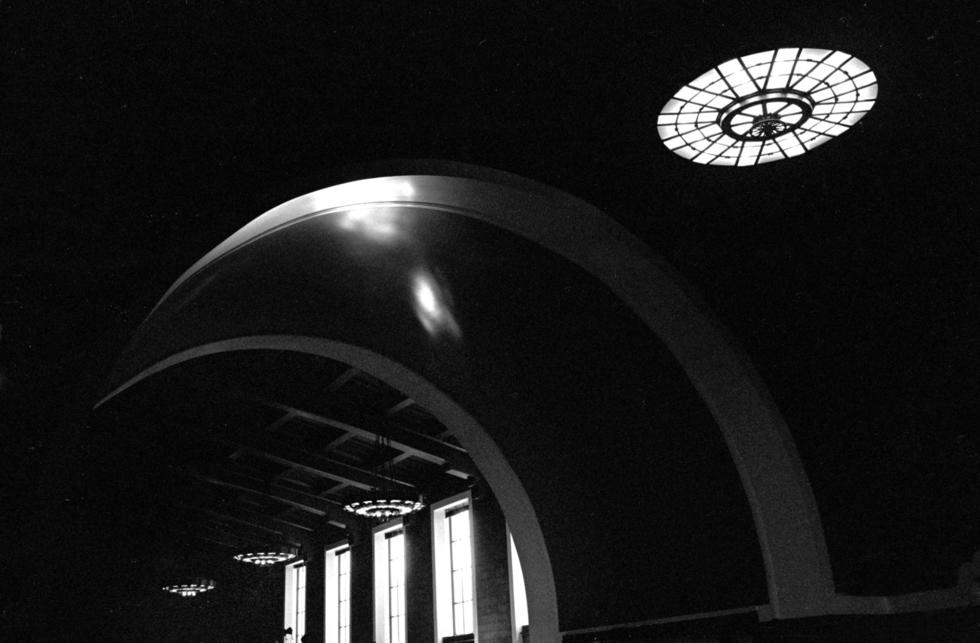 Chandeliers and arches inside the station's main concourse. 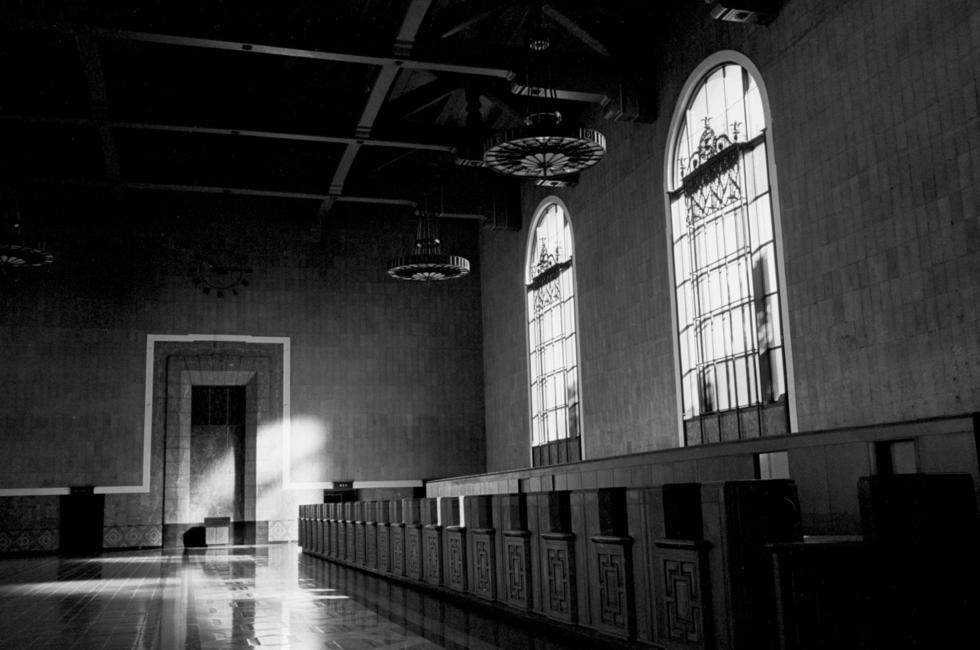 The old ticket concourse now serves as a backdrop for TV and movie shoots. 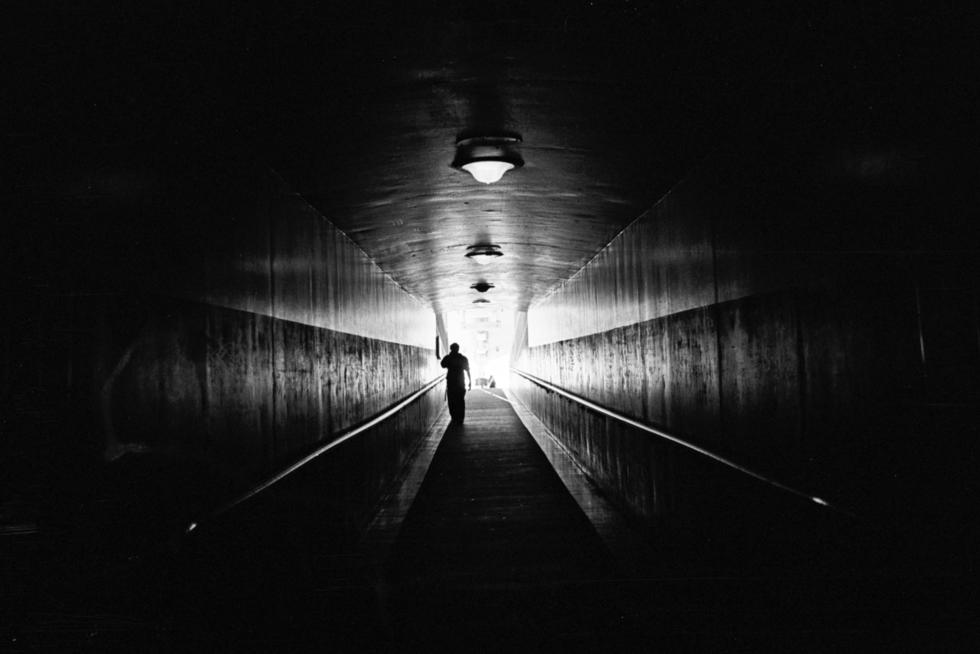 A passenger walks through a tunnel leading to a rail platform. 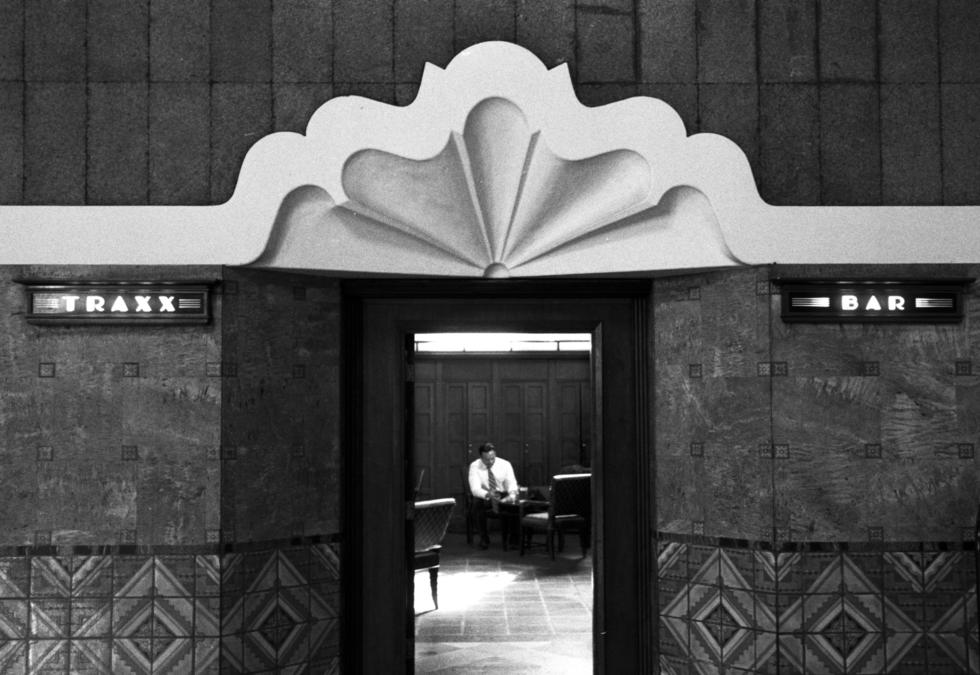 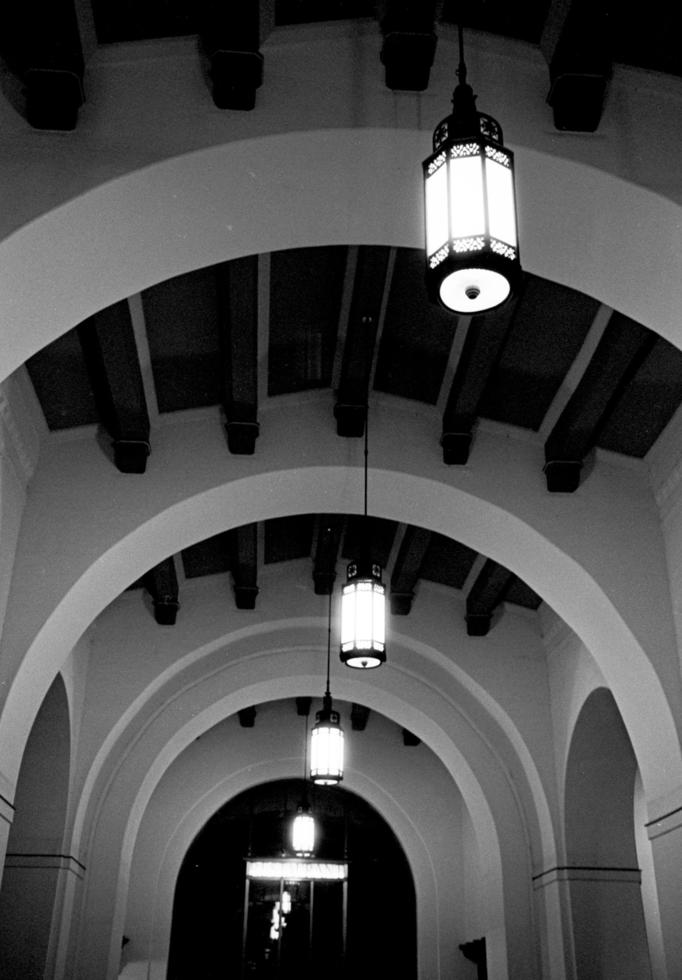 Arches and beams lead the way to a space once occupied by a Harvey House restaurant. 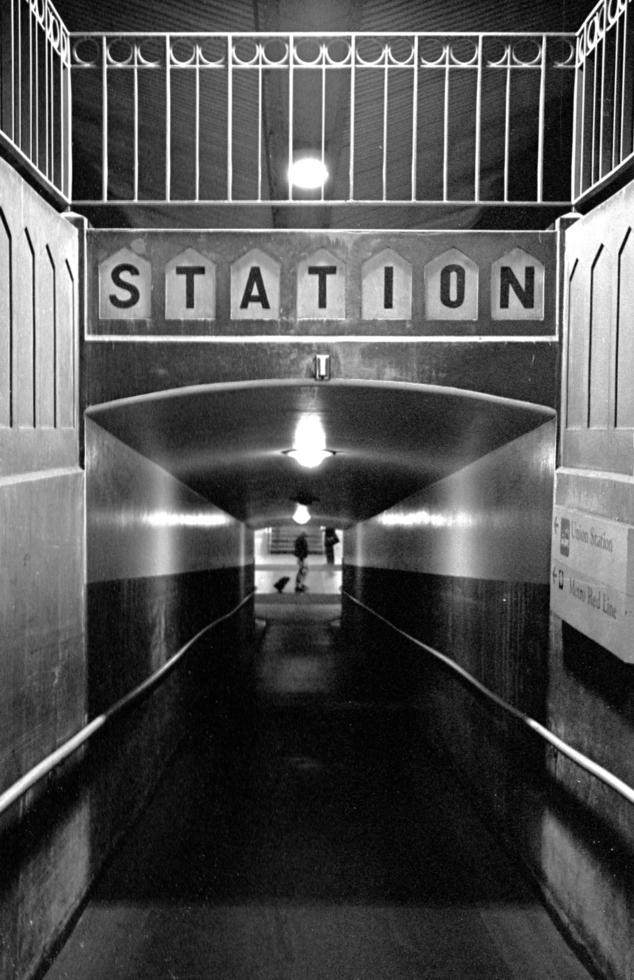 A tunnel leading to the station's main terminal. 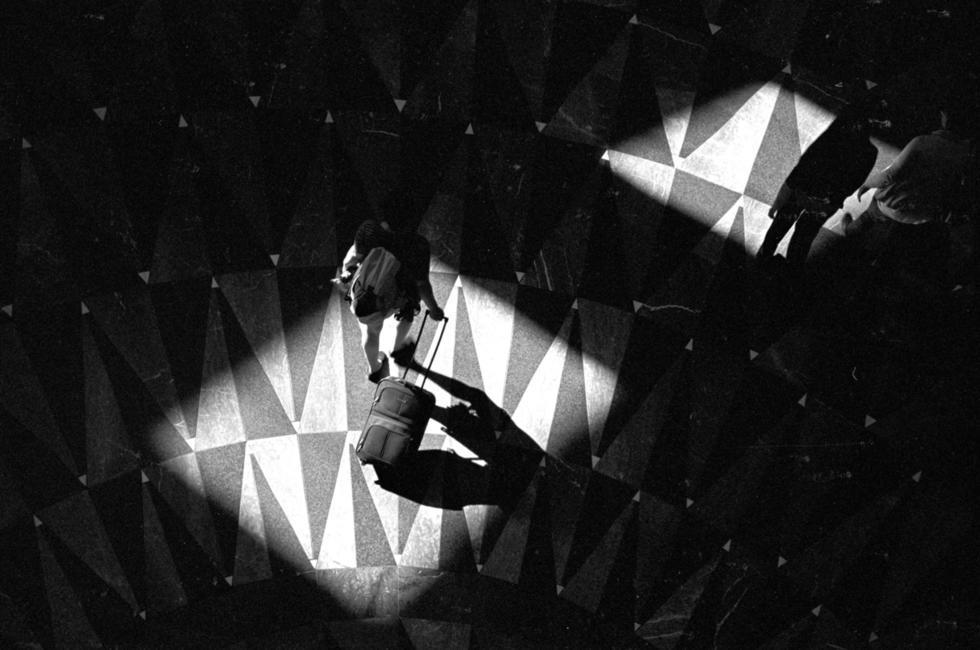 Rays of light dapple the floors with geometric patterns in the east portal of Union Station.
Travel