Animals of the San Diego Zoo

Los Angeles Times photographer Mark Boster spent several days roaming the grounds of the San Diego Zoo in September 2013. Here are portrait-like glimpses of his intimate encounters with some of its more than 3,700 feathery, scaly, long-necked, poisonous and adorable animals. More photos | Read about the San Diego Zoo 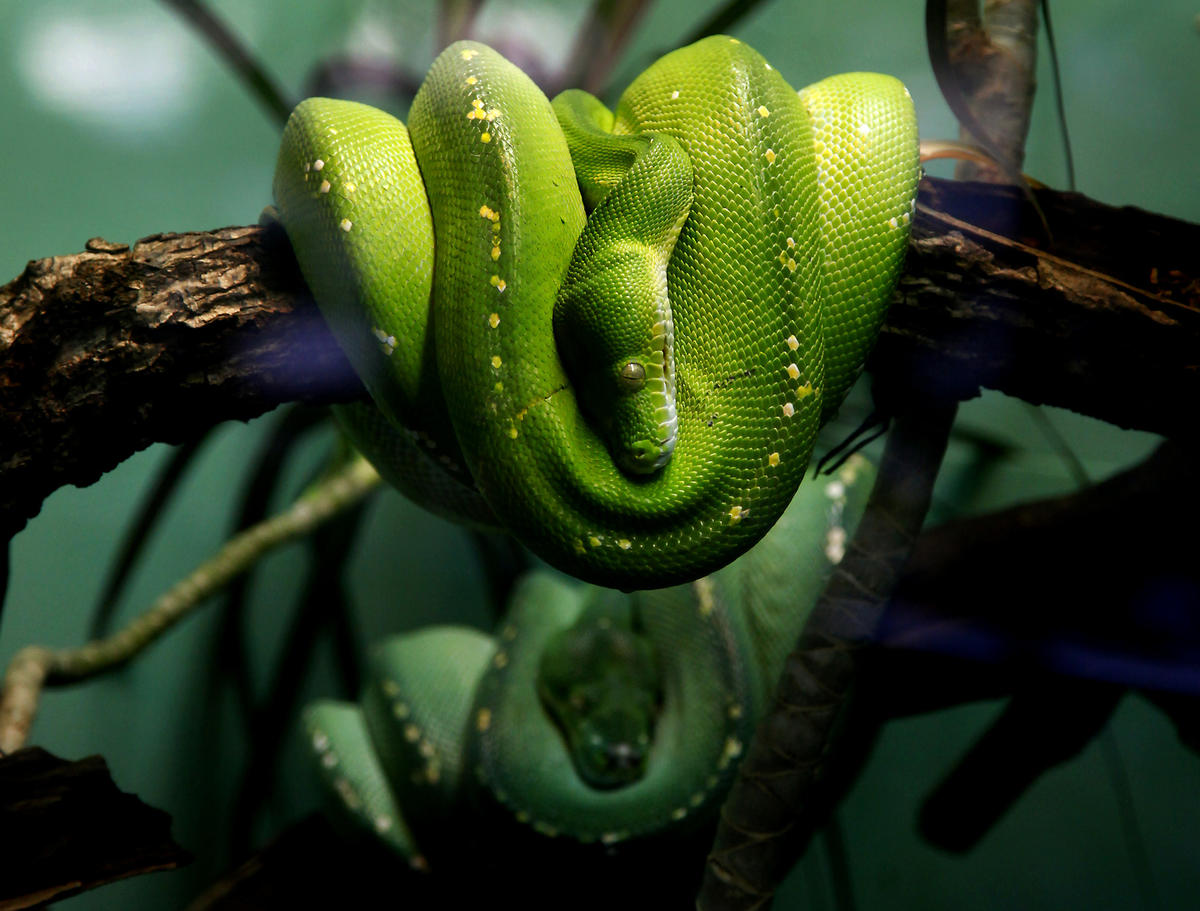 Emerald tree boa: The emerald tree boa, from South America, isn’t green all over; it has a yellow belly — a coloring, not a commentary on its bravery. 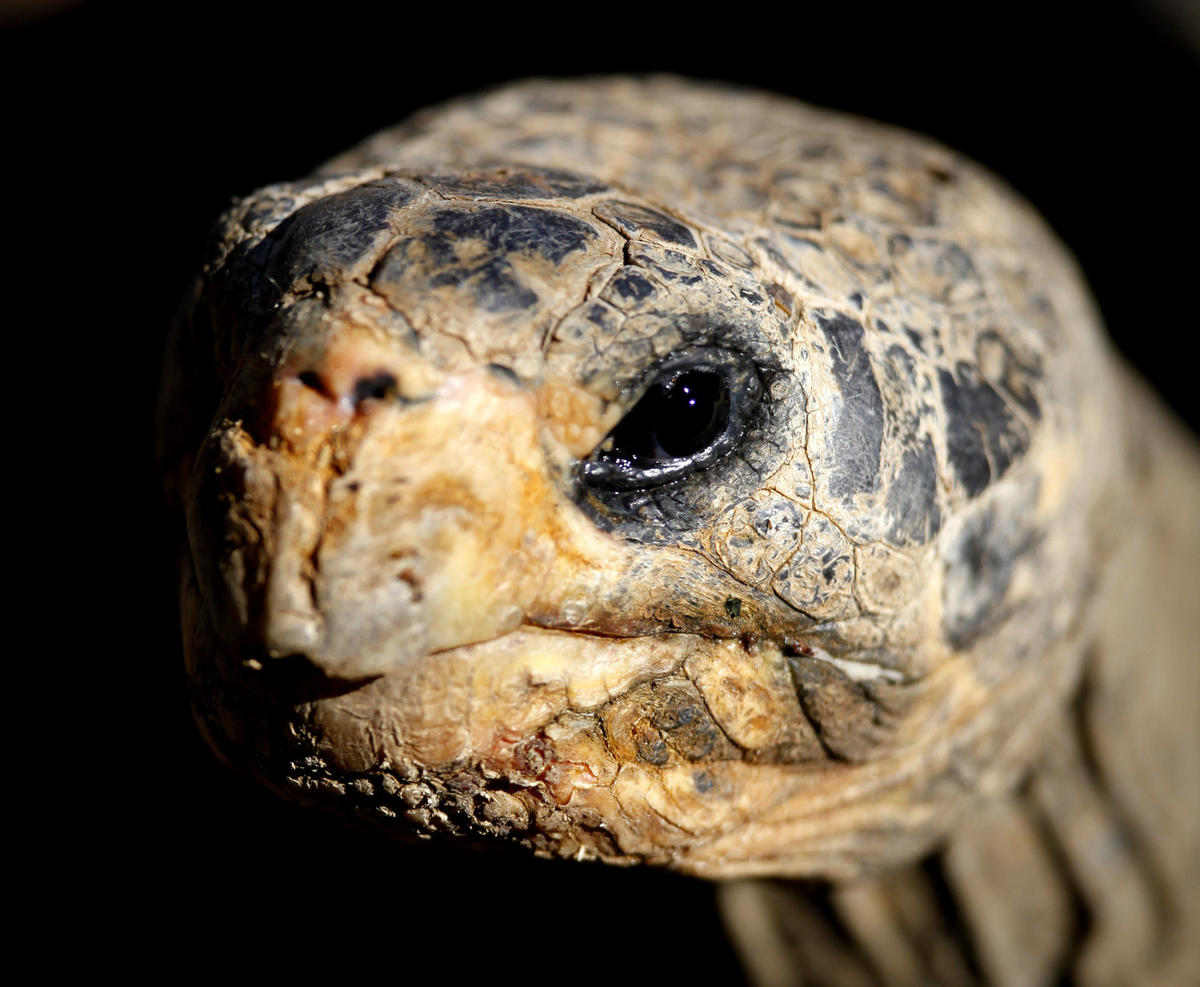 Galapagos tortoise: The giant tortoises of the Galapagos are said to live as long as 150 years. 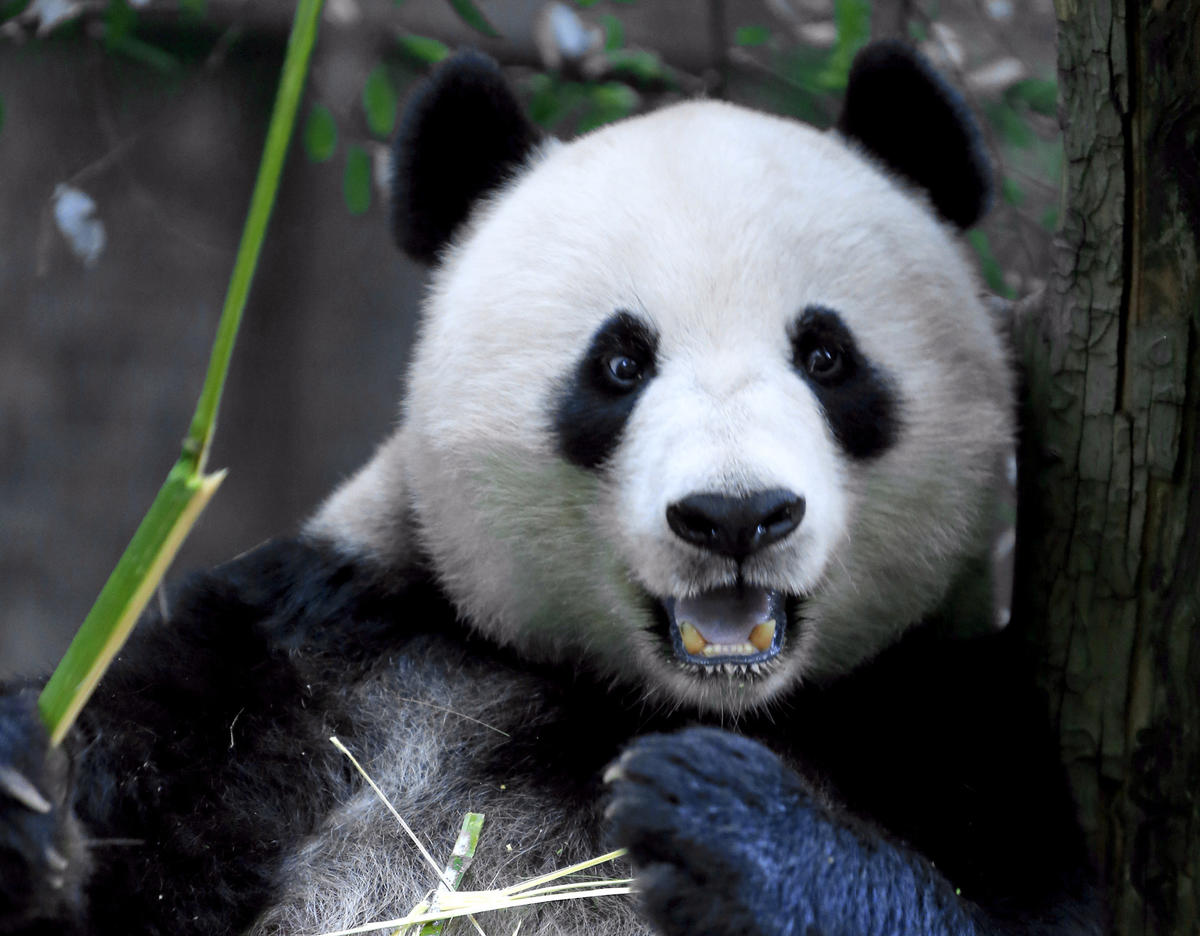 Giant panda: The giant panda spends as much as two-thirds of its day eating, and its favorite food is bamboo, even though it has the digestive system of a carnivore. 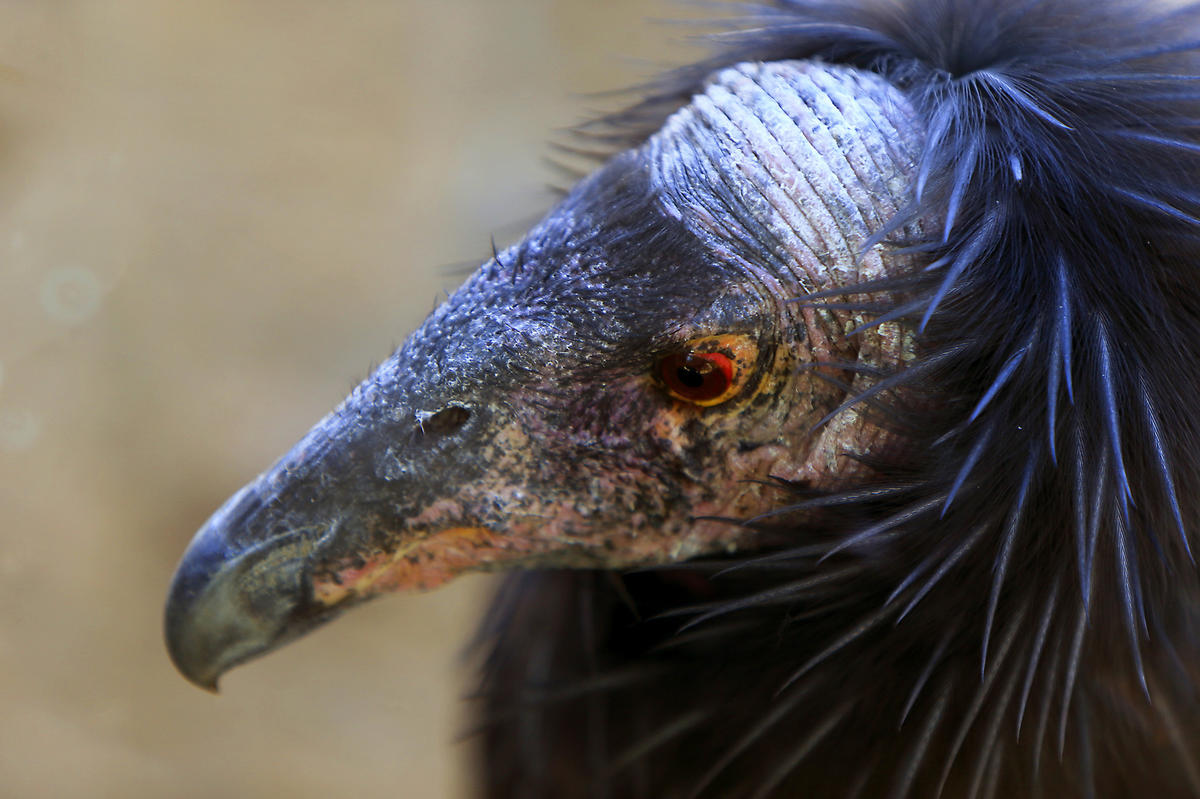 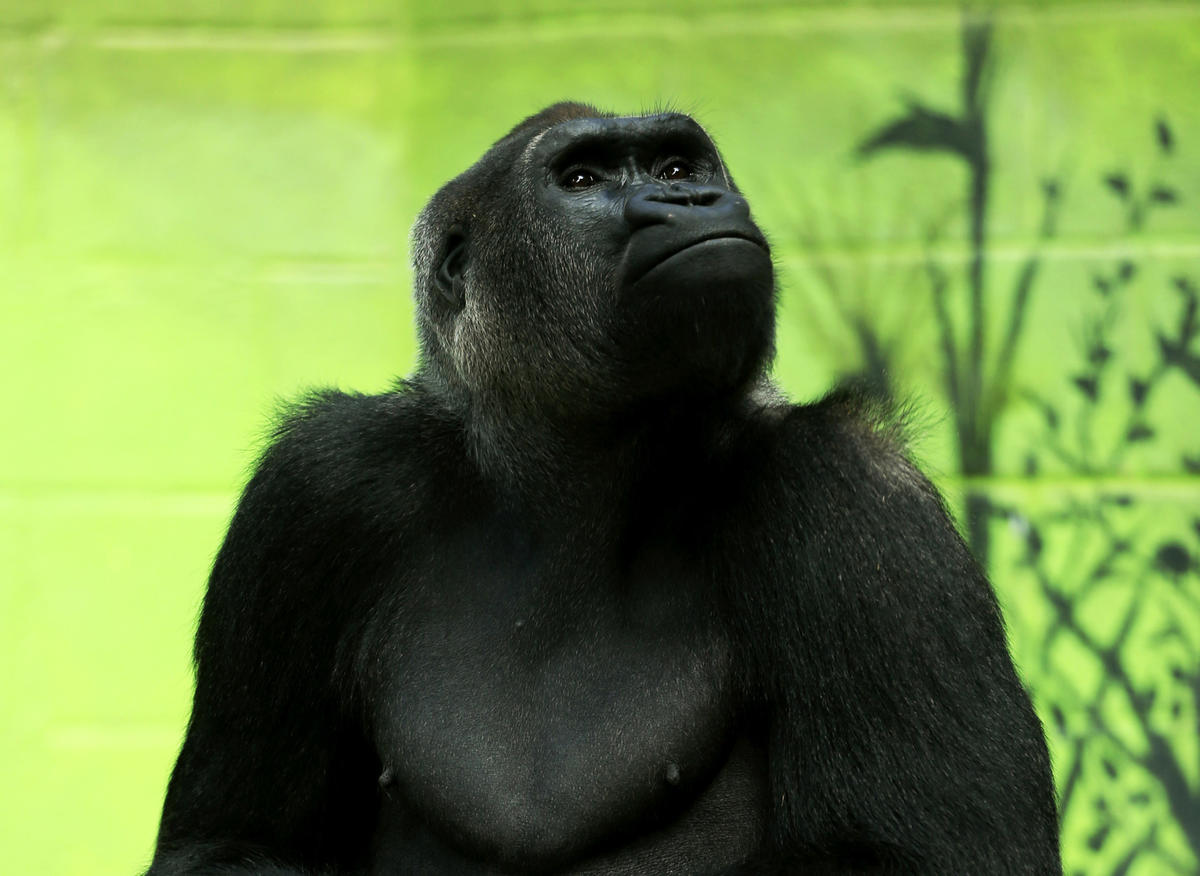 Gorilla: The gorilla isn't really aggressive. It can be shy; the chest beating is a way of protecting its family. 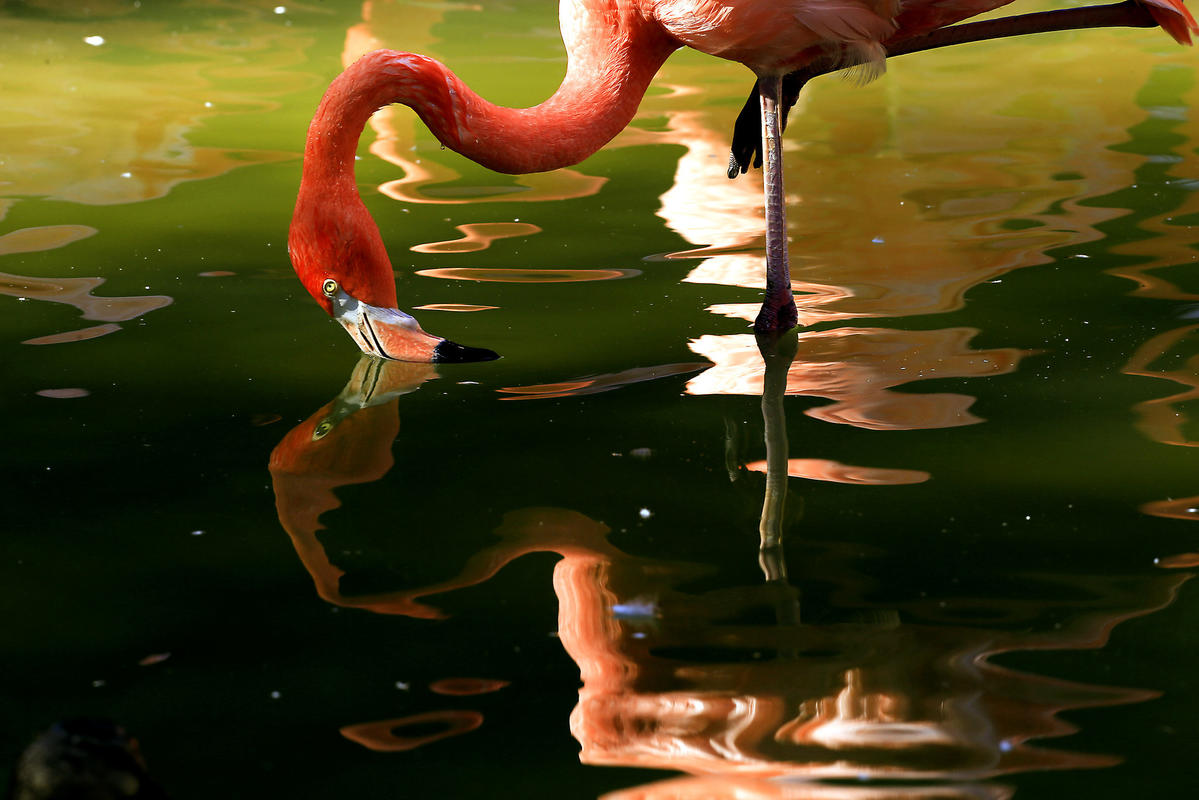 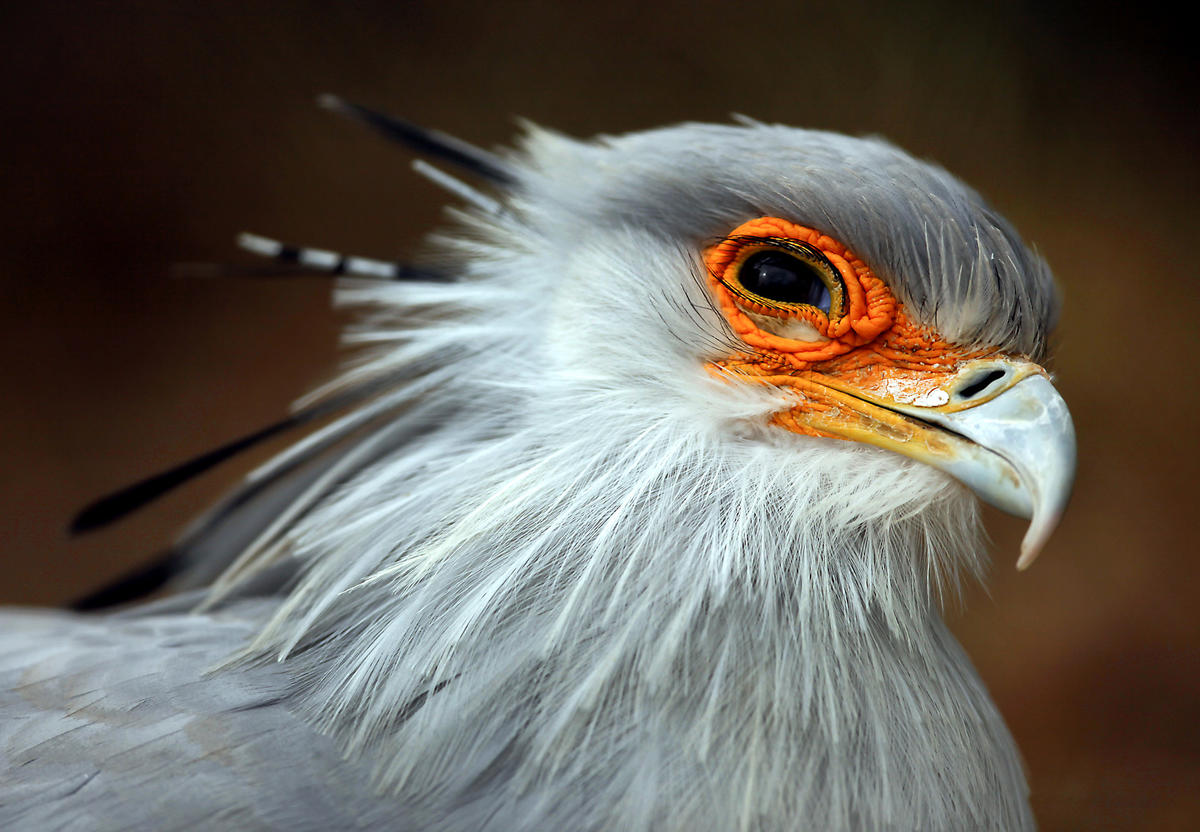 Secretary bird: Secretary birds’ favorite food? Snakes. They stomp on them or, sometimes, drop them from above. 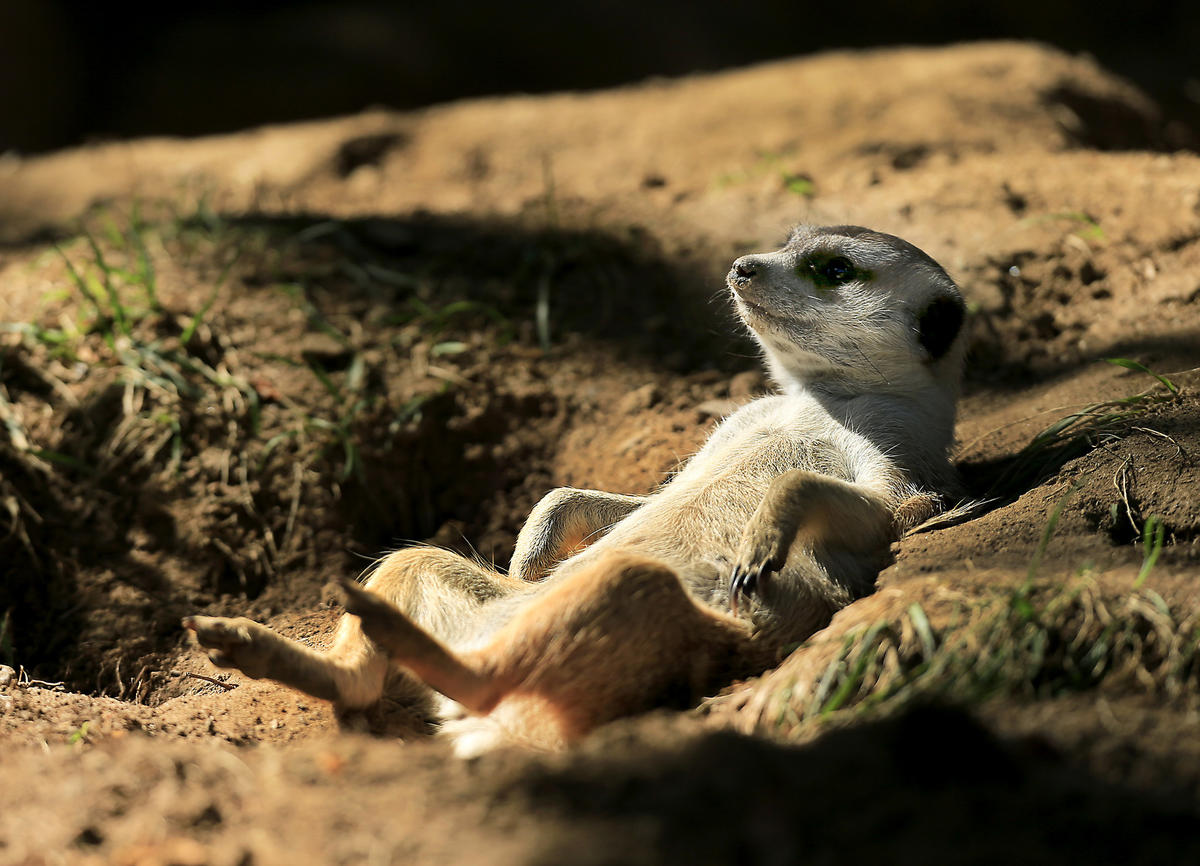 Meerkat: The meerkat is a member of the mongoose family and generally lives underground to protect itself from jackals and raptors. 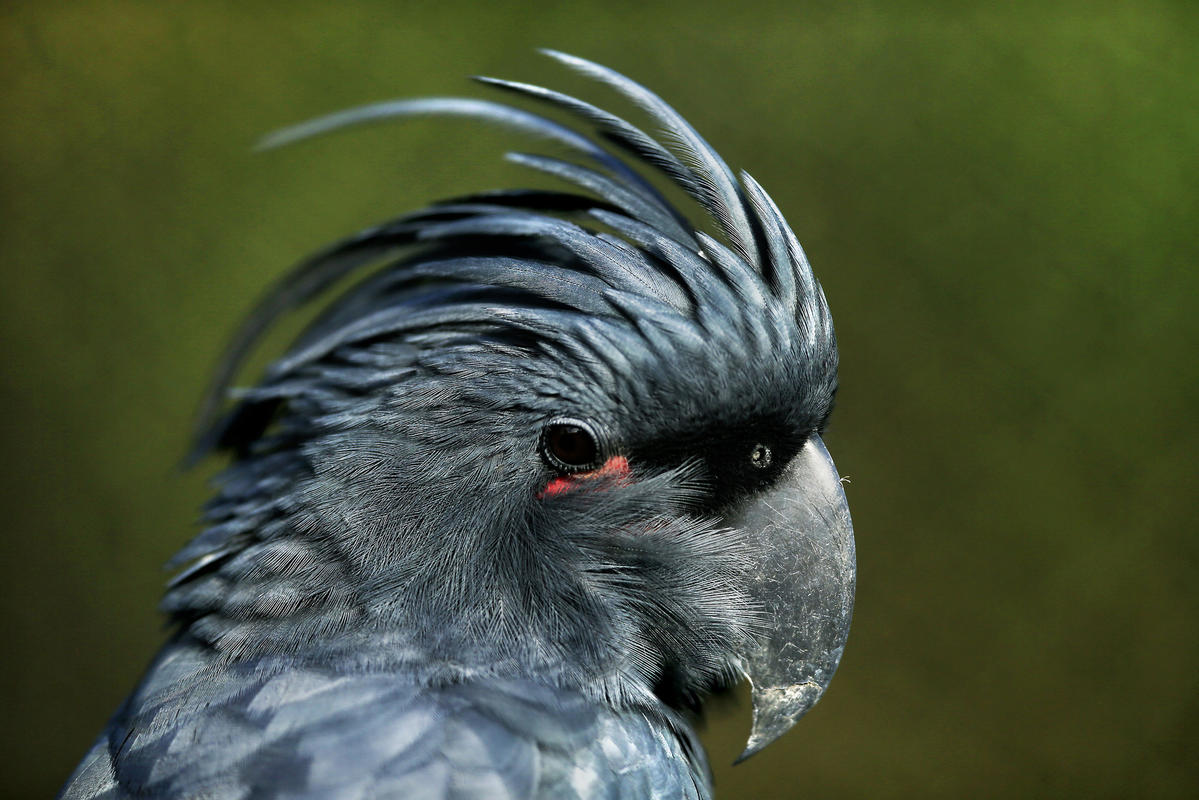 Palm cockatoo: The cockatoo’s sharp beak can crack the shells of nuts, and it also has a strong tongue. 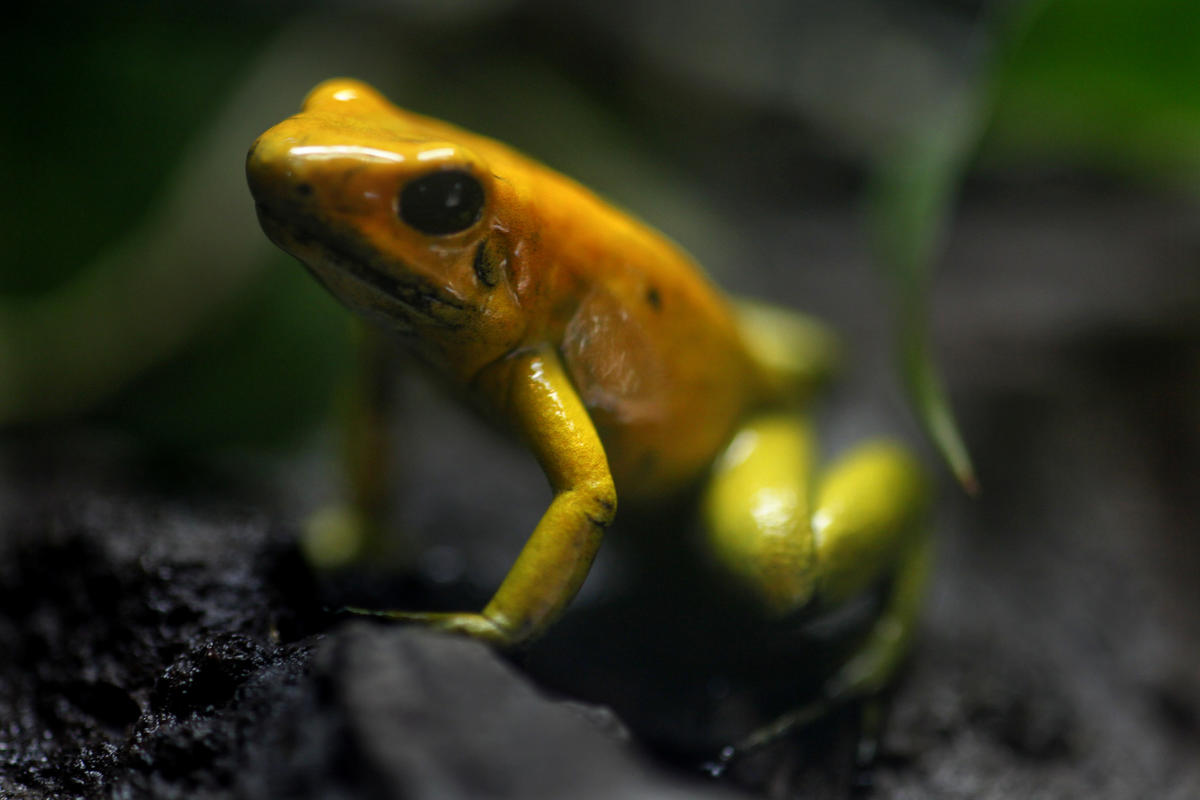 Black-legged poison dart frog: Don't let the big eyes and warm colors fool you. The poison on the skin of these dart frogs is so potent that less than one one-millionth of an ounce may be enough to kill a human. 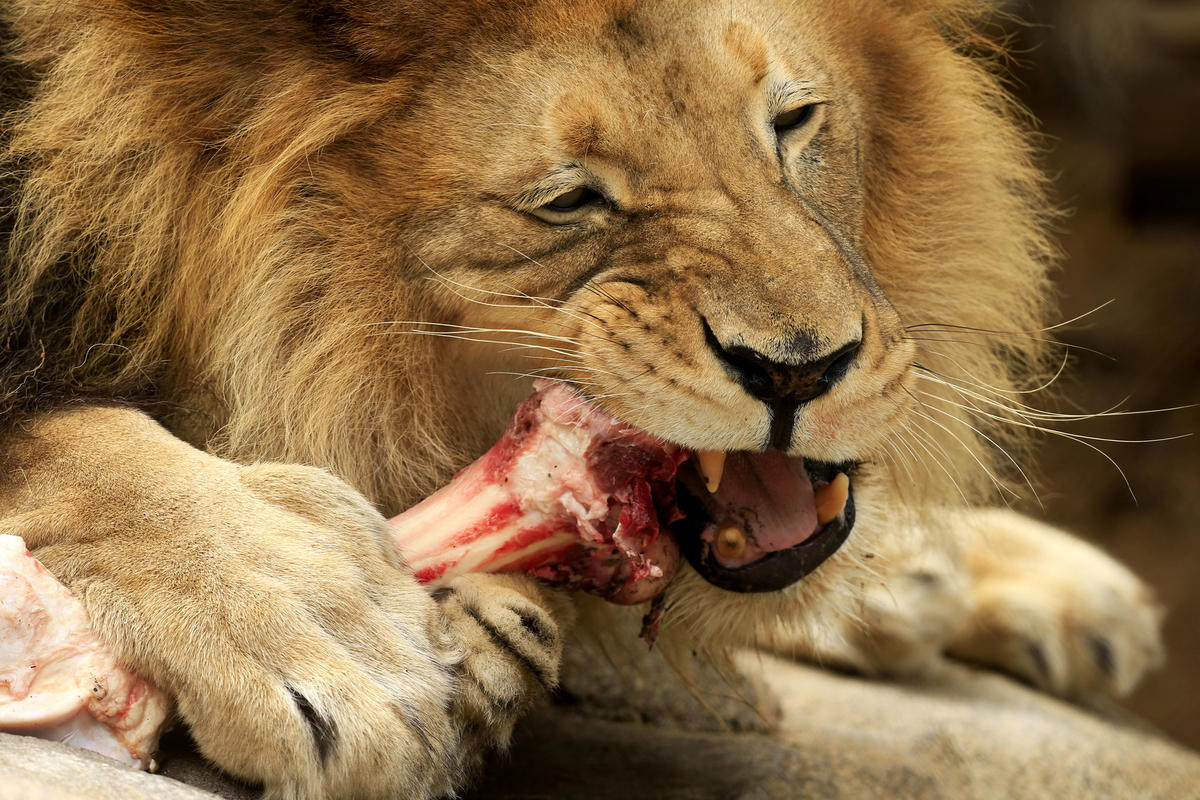 Lion: The lion may think of itself as king, but it’s actually not the largest cat; the tiger is. 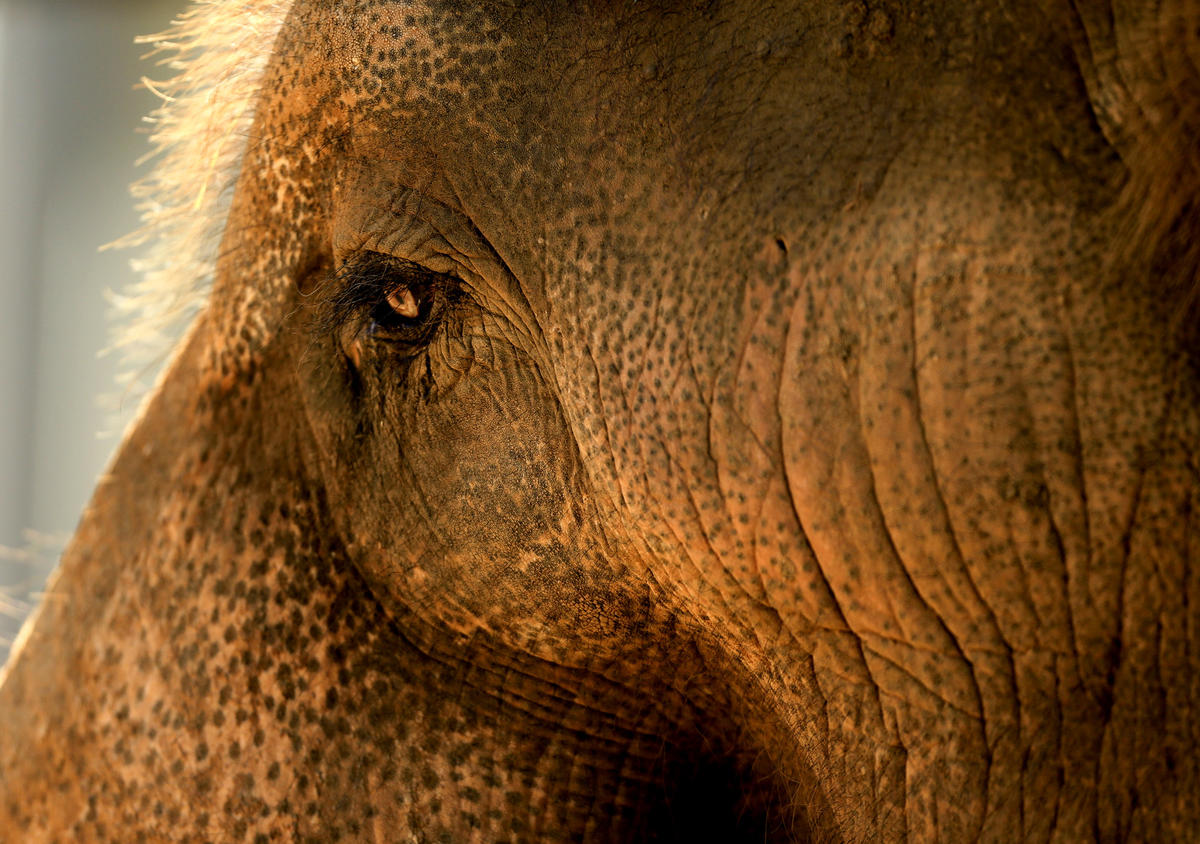 Elephant:Elephants eat, breathe and drink through their noses. How awkward that would be for humans! 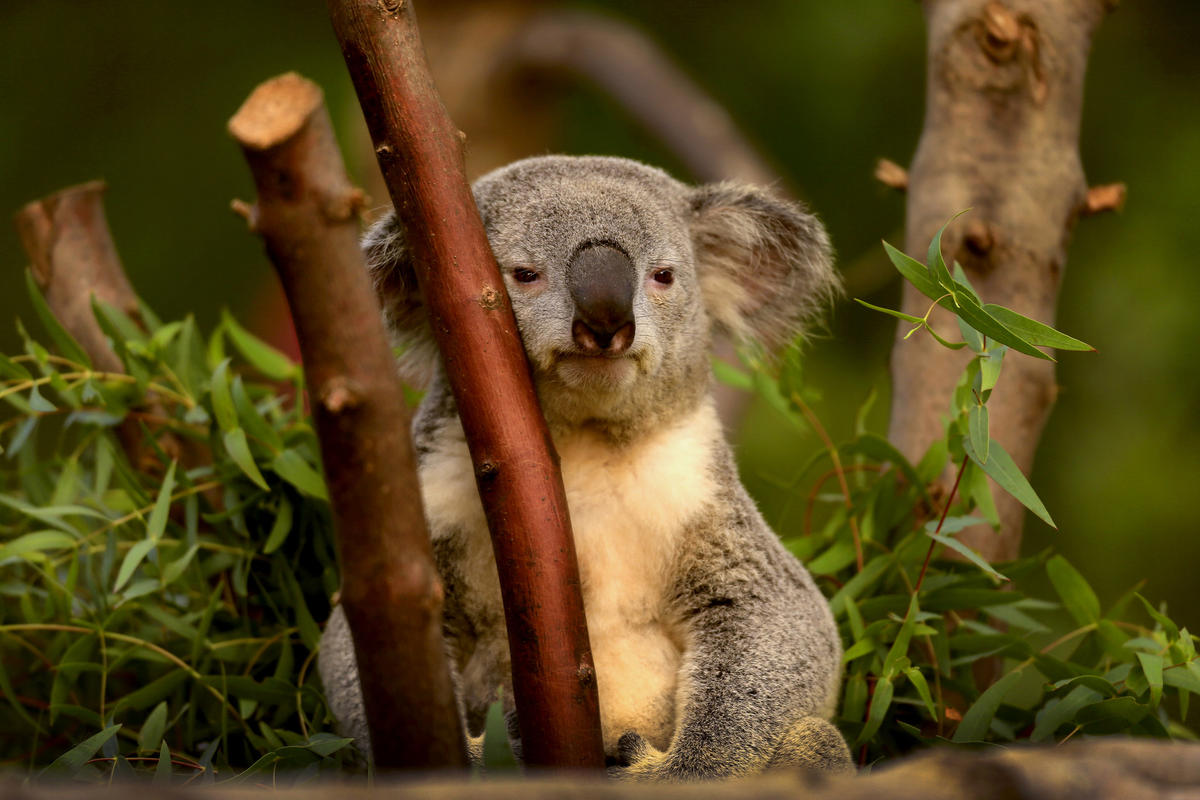 Koala: Like the baby kangaroo, the koala baby is called a joey, which also spends the first part of its life in its mother’s pouch. 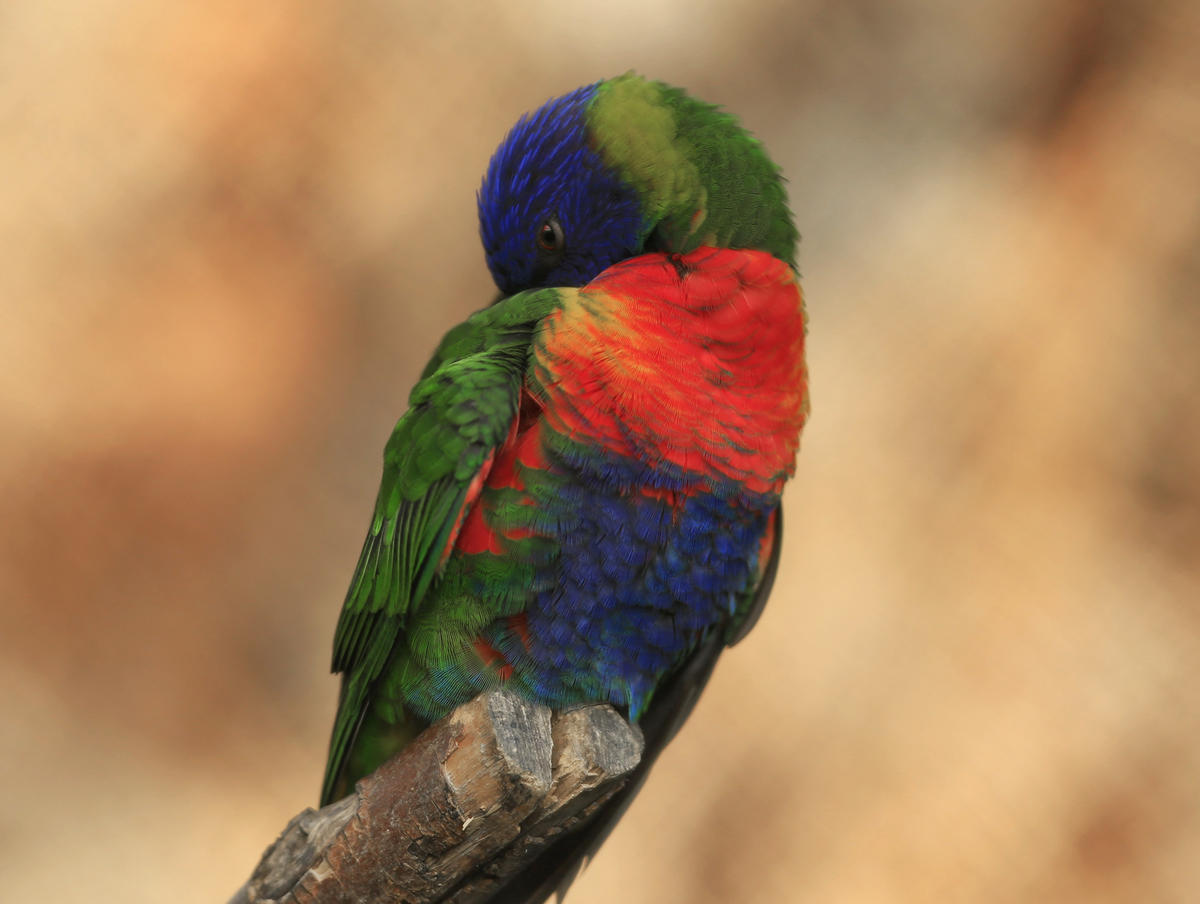 Lorikeet: What does the lorikeet like to eat? Nectar and pollen, which it consumes with the help of its brush-like tongue. 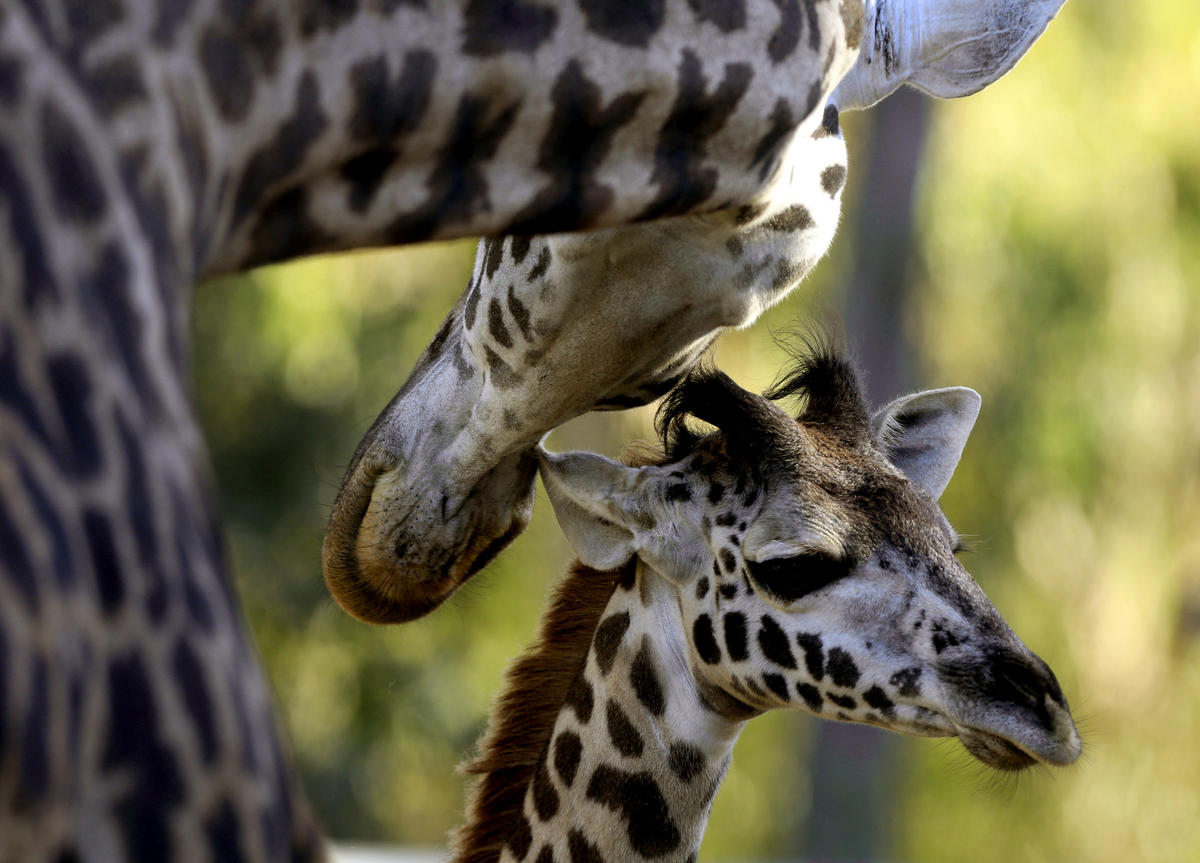 Giraffe: Male giraffes are big eaters: They often consume as much as 145 pounds of food a day. Their heads can weigh as much as 66 pounds.