In 2019, for example, Koch gave $5 million to Wichita and Kansas charities, including $1 million to build Koch Carousel Gardens at Wichita’s Botanica garden attraction.

Wichita State University has been a major recipient — $21 million in the last two decades — of Koch’s local philanthropy. Among the WSU donations were $3.75 million to the “makerspace” at the WSU Innovation Campus, $4.5 million to expand and renovate the Charles Koch Arena and $3.64 million to support the WSU Institute for the Study of Economic Growth.

Another significant beneficiary of Koch philanthropy has been the Mary R. Koch Arts Center (named for Koch’s mother), a Wichita institute that opened in 2017 and received $14.8 million. In addition, Koch has funded $2.3 million in scholarships for Kansas visual and performing artists.

Youth Entrepreneurs, a national program based in Wichita that Koch and his wife designed to teach high school students about entrepreneurial thinking, has received $20 million over the past 20 years. Much of that money was spent on YE programming administered outside of Kansas. 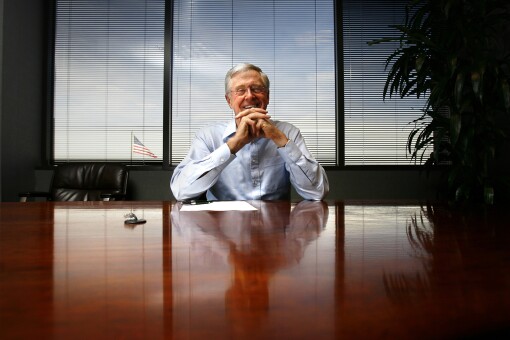 Kansas vs. Nebraska, Wichita vs. Omaha, Koch vs. Buffett

Susie Buffett’s mission is to support Omaha’s least-advantaged residents. Here’s how she does it

Charitable giving in Wichita and Omaha — check out the differences

Omaha ‘does a great job of investing in itself.’ Thank wealthy residents
with a good attitude

Other Koch-associated philanthropic donations in the last 20 years include:

• $1 million for University of Kansas programming and scholarships

• $360,500 to Rise Up for Youth, a program serving Wichita minority youths