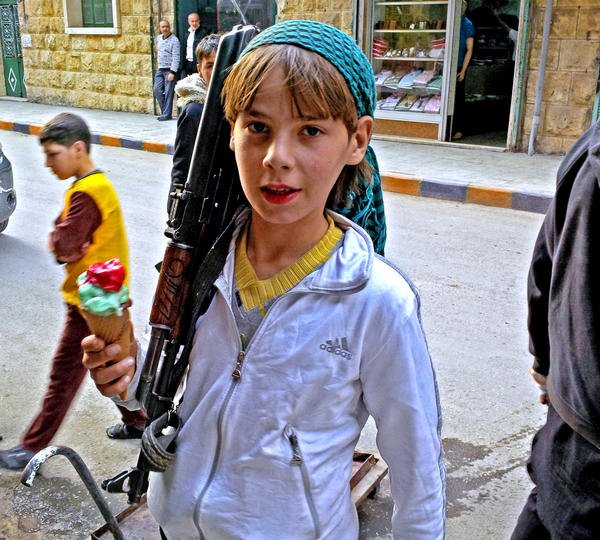 An armed boy in Aleppo, Syria, says he is a fighter with the Suqoor al Sham rebel group. He claimed to have been born in 1989, making him 24 or 25. More photos

Story and photos by Raja Abdulrahim

The baby-faced boy waited patiently for his turn at the small ice cream shop, his Kalashnikov balanced precariously over his shoulder. The rifle was pointed down and his hand occasionally cupped the muzzle, far from the proper way to carry a gun.

He stood just a few inches taller than the wafer cones stacked high on the side of the freezer. When it was finally his turn, he ordered cherry and pistachio ice cream in a waffle cone.

His soft, light brown hair was mostly pulled back by a green-and-black kaffiyeh, revealing a pre-pubescent face without even a hint of facial hair. He said he was a fighter with the Suqoor al Sham group, a member of the Islamic Front, and fought on the front lines nearby.

He didn't hesitate when asked his birth date.

"You made yourself older than me," said a fellow child fighter, who looked several years older but still well shy of his professed age of 19.

The older boy also carried his Kalashnikov like an amateur: muzzle pointed toward his feet, finger on the trigger.

It was clear that they lacked the sense of entitlement of many rebels, who demand immediate service and priority, whether it be at the bakery bread line or in the hospital's emergency room: They stood quietly until those before them had been served.

The younger boy had yet to acquire the steely, hard stare of other children here — those who had seen too much, spent time on the front lines, or worked the dusty streets selling cigarettes or candy bars.

As he stood for a few hastily shot photos, he briefly puckered his lips as if flirting with the camera.

Syrians talk about a "lost generation" of their children, an innocence stolen in the three-year conflict between opposition forces and the government of Bashar Assad:

A boy simultaneously holding a rifle and an ice cream cone. Kids clambering on top of demolished tanks, hanging off the guns, as a replacement for play areas now destroyed. Children who once knew of weaponry only in plastic form now stiffening at the sound of approaching aircraft, able to distinguish between the noise of warplanes and military helicopters, of mortar rounds and rockets. 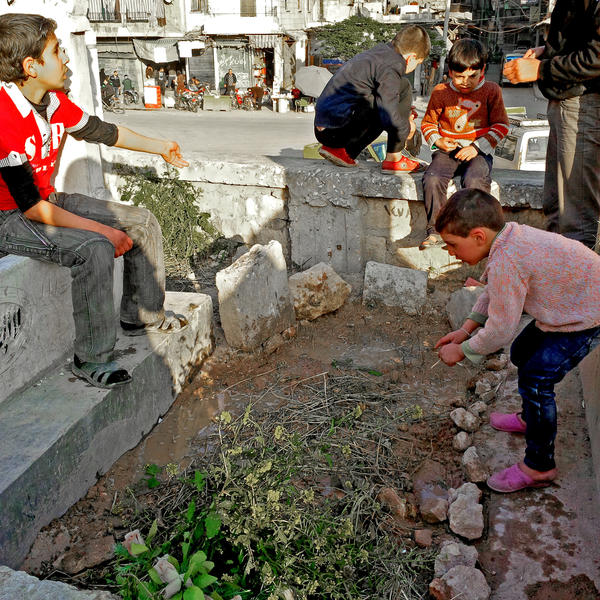 Children water their father's grave in hopes of getting more of the yellow flowers to bloom there. More photos

Even in their absence, images speak to young lives interrupted: SpongeBob SquarePants pillowcases and beloved stuffed animals left behind in homes converted to rebel dens or bomb workshops. Colorful notebooks, once for school, now used to plan military operations or run local administrative councils. Classes, after all, are held intermittently, if at all.

And in the country's cemeteries, there are too many tiny graves to count.

In one cemetery in Aleppo, a group of children recently took it upon themselves to tend to the 2-week-old grave of their father, a rebel fighter killed in clashes.

At first glance it appeared as if they were playing and making a muddy mess: They opened 2-liter bottles of water and stuck them into the dirt, letting the water seep into the ground. Using a stick, they made careful figures in the mud.

But, as one of the sons explained, they were watering the plot in hope that the small yellow flowers growing wild throughout the cemetery would bloom quickly over their father's grave.

This is a country where, in some towns and villages, women rely on male relatives to run errands. Now, with many of the men gone to fight on the front lines, they have come to depend on children for such tasks.

A boy simultaneously holding a rifle and an ice cream cone. Kids clambering on demolished tanks.
Share this

"We have become reliant much more on kids like that," said Fatima Karj, indicating her 9-year-old son standing in the doorway of her in-laws' house in an Aleppo suburb. "But this is not a good thing."

Above them the sound of a warplane got louder, and then the distinct swoosh of an approaching rocket. As her mother-in-law jumped up and ran into the hall, Karj bent forward, bracing for the impact and instinctively put her hand on her daughter's back, providing comfort but no protection.

The mother of four said, "Their childhood has gone."

On a recent Monday, Mohammad Shoosheh, 11, stood over a large metal vat of a rice mixture, supervising as neighborhood residents brought their own containers to get a share of the free food.

A girl of about 5 in sweatpants and sandals struggled to carry her family's meal, alternating between one hand and the other.

An elderly man came late and Mohammad leaned down and reached his skinny arms deep into the vat to scoop out what was left of the food. The man peered inside and used the lid of his container to collect the small clumps of rice remaining.

"Scrape it, scrape it, hajji," said Mohammad, using a term of respect. His encouraging voice slightly ameliorated a humiliating experience for the man. 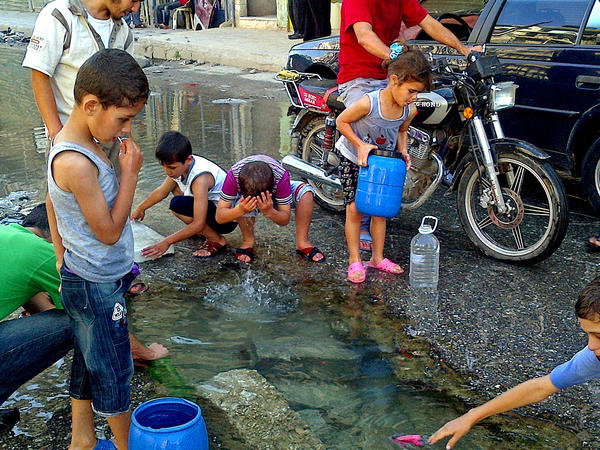 Children wash in and collect water from a pool in an Aleppo neighborhood where the water had been cut off. More photos

Even children's play has been transformed by the war.

They act out clashes between rebel and government forces using pretend guns, mortars and antitank weapons.

Mohammad said the games are always preceded with bickering because none of his friends — most of whom have fathers or brothers in the rebel forces — want to play the government soldiers.

"The game ends with victory for the Free Syrian Army," said Mohammad, whose father is a fighter with the rebels' Al Tawheed Brigade.

One of their favorite games is "crossing," a child's version of the crossing that links opposition- and government-controlled neighborhoods of Aleppo, where a government sniper shoots several civilians each day.

"When we get together to play, someone stands on top of the roof," he said matter-of-factly. "And then the rest of us pretend like we are running across the crossing and try not to get shot." 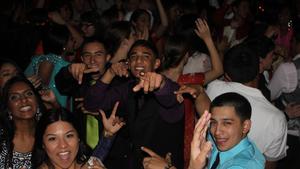 I kept quiet. But I knew it was going to be epic.”

Ex-lawyer is on a mission to keep schools fair 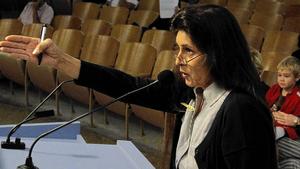 A large number of school districts were quite brazenly ignoring the law.” 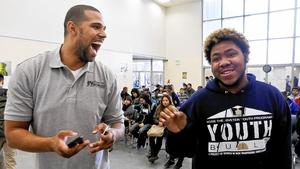