A missing hiker was found alive late Thursday as ash from Chile's Calbuco volcano continued to fill the air, piling on roadways and closing borders in the region.

The volcano first erupted Wednesday, marking the first such activity in more than 42 years, billowing a huge ash cloud over the sparsely populated, mountainous area in southern Chile.

The eruption rained down as much as 15 to 20 inches of ash in the nearby town of Ensenada, officials said, closing schools and canceling flights. Several surrounding towns, including Alerce, Colonia Rio Sur and Correntos, were also evacuated.

About 7 p.m. local time, two earthquakes associated with fracturing of rock occurred. The largest happened less than 3 miles east of the main crater, with a magnitude of 3, officials said in a 9 p.m. update. An additional "minor" eruption is possible, officials said.

The volcano could erupt again, possibly within hours, officials say

The country’s National Service of Geology and Mining said Thursday that the region remains on red alert, meaning there could be a third eruption within hours. President Michelle Bachelet has warned the volcano could soon emit lava. About 5,000 residents were evacuated, and towns within a 13-mile radius of the volcano were declared "exclusion zones."

No injuries or deaths were reported. A mountain climber reported missing earlier had been found, officials said. A government spokeswoman identified the hiker as 21-year-old Waldo Flores. Interior Undersecretary Mahmud Aleuy tweeted that Flores had been found by a local. He was then taken to a hospital to be checked, the spokeswoman said.

Calbuco had been dormant for more than 40 years

According to the Associated Press, the Calbuco volcano hasn't erupted since 1972. It erupted violently and without warning Wednesday afternoon, sending a massive column of ash and smoke into the air. 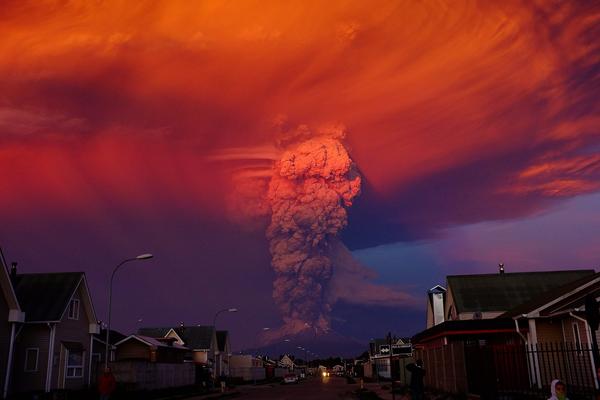 Chile's president has declared a state of emergency

President Bachelet declared a state of emergency and was scheduled to travel to the region Thursday.

Officials said they did not anticipate any water, food or fuel shortages. Volcanic ash can contain heavy metals and toxic substances such as arsenic. According to a statement from the Ministry of the Interior, the region draws its drinking water from underground sources.

If lava begins to flow, however, it could melt snowpacks in the region and bring the threat of landslides or rising rivers to surrounding towns.


Crews equipped with large machinery worked to clear roadways of piles of soot and ash, photos showed. Military forces have been sent to the region to keep order and guard against looting. 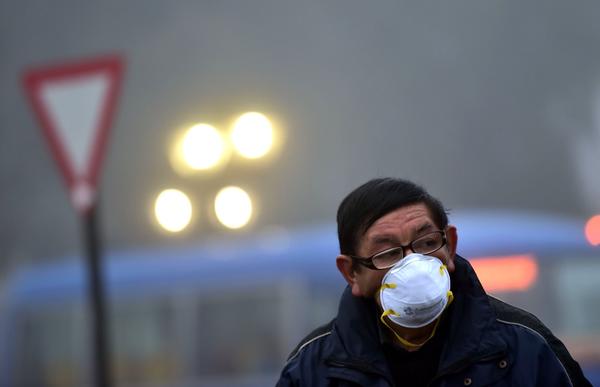 The government has issued a health advisory within the 13-mile radius of the volcano, and officials plan to distribute 46,000 face masks to area residents to combat the ash.

Volcanic ash was falling in the Argentine resort city of Bariloche, about 68 miles east of Calbuco, the Associated Press reported. Officials there were analyzing the ash to see if it posed a threat to drinking water.

In 2008, the Chaiten volcano in Palena province erupted, forcing the evacuations of thousands and sending ash as far away as Buenos Aires, the Argentine capital more than 900 miles to the northeast.

7:14 p.m.: This story has been updated with information about earthquakes following the eruption.

4:23 p.m.: This article was updated with information that a missing hiker had been found alive.

11:17 a.m.: This article was updated throughout with additional details about a missing hiker and the state of emergency.

The first version of this article was published at 9:49 a.m.