Legislation would bar athletes who played for out-of-state teams from filing workers’ comp claims in California. 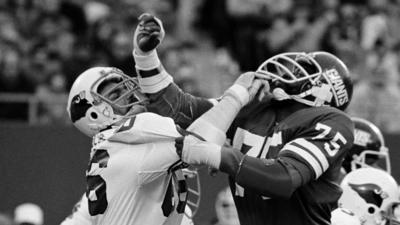 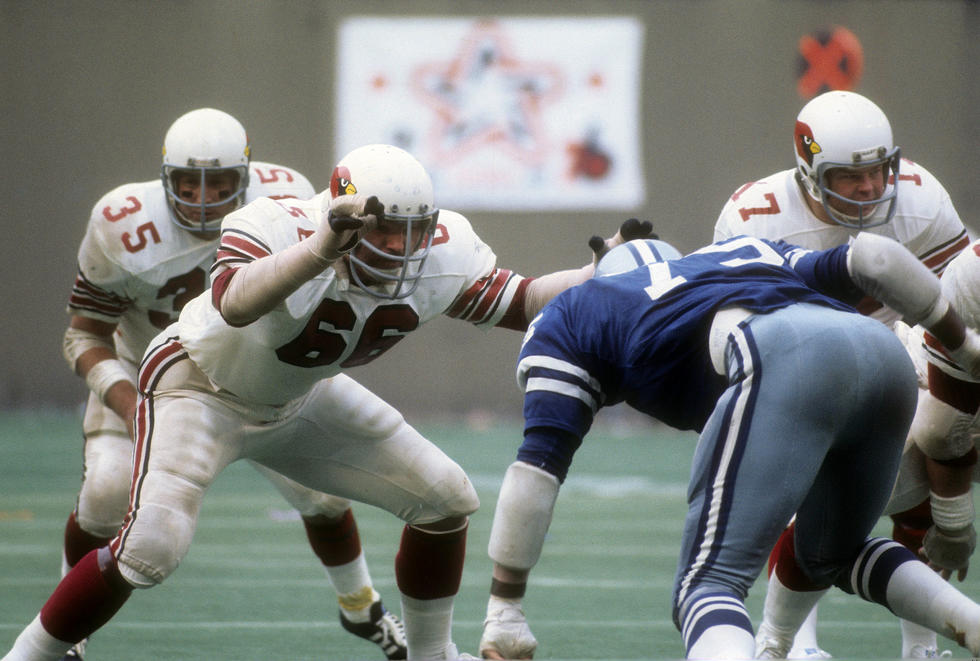 Conrad Dobler of the St. Louis Cardinals in action against the Dallas Cowboys. Dobler, who played for the Cardinals from 1972-77, is one of thousands of professional athletes from around the country filing suits for injuries through California’s workers’ compensation system. (Focus on Sport/Getty Images) More photos


By the thousands, professional athletes from around the country are seeking medical care or money through California’s workers’ compensation system for brain trauma and other injuries suffered on the playing field.

Former athletes have filed more than 4,400 claims involving head and brain injuries since 2006 — seven times more than in the previous 15 years, according to a Times analysis of state records. Nearly three-quarters of all new claims made in California now include alleged brain injuries.

Most of these claims come from former pro football players, brought by superstars such as Joe Theismann, Tony Dorsett and Earl Campbell, as well as unheralded practice squad players.

Now the NFL and five other professional sports leagues are close to limiting their liability drastically for such workers’ comp claims. They have lobbied for state legislation that would bar athletes who played for out-of-state teams from filing in California.

The state Senate is expected to approve the bill Tuesday; the Assembly already has.

The vote comes on the heels of the NFL’s agreement Thursday to pay $765 million to settle hundreds of federal lawsuits by former players who had accused the league of concealing evidence of the long-term danger of concussions.

With nearly 4,000 pending claims from former players, the total cost of football-related injuries in California could approach $1 billion

Many out-of-state athletes file for benefits in California because they cannot do so anywhere else. The statute of limitations is much less restrictive in California than in other states, and injuries suffered over an extended period, including brain trauma, are covered.

Up to now, former players had been eligible to apply for benefits even if they played for out-of-state teams and competed in California only a handful of times during their careers, and have been making such claims for decades.

But officials from the leagues, as well as individual team owners, worry that the long-term costs of caring for gravely ill former players could drive up insurance premiums, eat into profits and force changes in how the games are played.

Together, the six leagues have revenue of about $24 billion a year. Brook Gardiner, a labor lawyer for the NFL, said a study conducted by the league last year found that claims filed in California by football players cost an average of $215,000 each to resolve.

With nearly 4,000 pending claims from former players, the total cost of football-related injuries in California could approach $1 billion, not including athletes who have yet to file.

“It’s gone from being a nuisance to an onslaught,” Gardiner said. 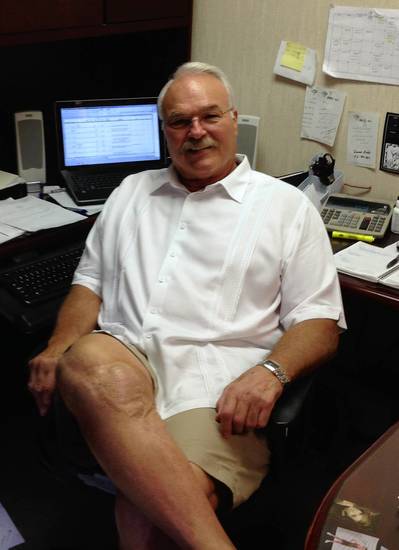 Conrad Dobler, an all-pro offensive lineman for the St. Louis Cardinals and other teams in the late 1970s, has had nine knee replacements since retirement. (Conrad Dobler) More photos

Conrad Dobler, an all-pro offensive lineman for the St. Louis Cardinals and other teams in the late 1970s, has had nine knee replacements since retirement.

Unable to file in the three states where he played because the statutes of limitation had run out and denied coverage under the NFL’s private disability programs, Dobler filed a claim against his former teams in California in 2009.

Last year, after numerous exams, depositions and hearings, Dobler was found to be 99% disabled with numerous injuries including “post-traumatic head syndrome.” He was awarded about $120,000 plus lifetime medical care for his injuries from the Buffalo Bills, his last team, state records show.

He said he plans to use the coverage for an operation on an aching shoulder.

“If it wasn’t for my settlement in California, I wouldn’t be able to get the surgery,” said Dobler, who lives in Overland Park, Kan.

Workers’ compensation is a system of employer-funded private insurance that offers medical care and monetary awards to injured workers, who in turn give up their right to sue. States administer these programs, determining whether claimed injuries are legitimate and, if so, their degree of severity.

Many pro teams are self-insured and must cover costs arising from successful claims; others purchase workers’ comp insurance, which can become more expensive as claims and payouts increase.

Sen. Ted Lieu (D-Torrance), a coauthor of the NFL-backed legislation, AB 1309, said it was a matter of fairness.

“Our workers’ comp system is not supposed to handle other states’ workers,” he said.

California is one of only a few states that cover “cumulative” injuries — a category of injury incurred over time that includes the most serious types of brain trauma.

The state also requires employers to notify employees of their right to file for benefits for workplace injuries, something sports teams frequently failed to do. As a result, the one-year statute of limitations does not apply to many athletes, some of whom filed claims decades after their careers ended.

Almost three dozen ex-NFL players filed at least 40 years after suffering their injuries, according to the data.

AB 1309 applies only to players from five team sports: football, baseball, ice hockey, basketball and soccer. It would permanently bar athletes who never played for California teams from filing claims for cumulative injuries. 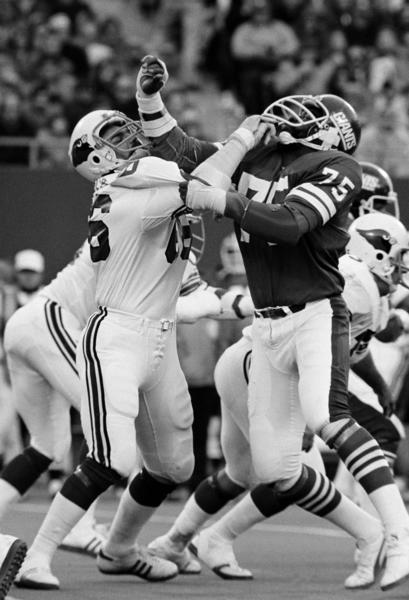 Conrad Dobler,left, of the St. Louis Cardinals, tries to block George Martin of the New York Giants, Dec. 5, 1977. While Dobler stopped Martin, he received a 15-yard penalty for “illegal use of the hands.” (Ray Stubblebine / Associated Press) More photos

In-state athletes also would be excluded if they were on a California team for fewer than two seasons or if they spent seven or more seasons on non-California teams.

Employing several of Sacramento’s most influential lobbying firms, the leagues have made a strong push. In May, the bill passed the Assembly by a 61-4 vote. It’s expected to sail through the Senate vote before landing on Gov. Jerry Brown’s desk. Once there, Brown would have 12 days to approve or veto it.

Under a batch of amendments adopted this week, the bill, if signed into law, would take effect Sept. 15, putting an almost immediate halt to filings from out-of-state players.

Supporters of the bill — a group that consists almost entirely of the leagues, insurance companies and individual teams — argue that a small group of lawyers specializing in athlete claims is clogging California’s workers’ comp program with the rush of filings, making it harder for the state’s other workers to get their cases heard.

However, state data show that cumulative claims by out-of-state athletes represent about one half of 1% of all workers’ comp filings in the state since 2006.

Settlements or awards, as well as medical care, are paid out entirely by the teams or their insurers — not taxpayers. And because insurance premiums are determined on an industry-specific basis, the boom in claims activity would affect rates only for sports teams, experts say.

Some worry, meanwhile, about the far-reaching consequences — and constitutionality — of legislation that would carve out athletes as a different class of workers and allow teams to avoid much of the liability for old injuries.

California “is possibly the only place where some of these folks can get a hearing,” said Frank Neuhauser, executive director of the Center for the Study of Social Insurance at UC Berkeley. “I don’t know if we want to cut off all remedies for getting coverage.”

Players from around the country said that growing awareness of cumulative injuries and the right to file claims led them to California in recent years. More than 70% of cumulative injury claims by athletes since 2006 were filed by those who appear never to have played for California teams, the Times analysis found.


Football players made up a majority of such filings. But claims from other sports have been rapidly rising.

Since 2010, more than 400 cumulative head trauma claims have been filed by baseball players, including Dodgers star Steve Garvey and Dave Parker, who played for the Pittsburgh Pirates, Cincinnati Reds and Oakland A’s. Parker said this month that he suffers from Parkinson’s disease.

Former Atlanta Falcons player Ray Easterling filed in California in January 2011, more than three decades after his last game and four years after he began showing signs of dementia.

That summer, the former safety became the lead plaintiff in the first federal concussion lawsuit against the NFL. The following April, he killed himself and was later diagnosed with degenerative brain disease associated with head trauma. 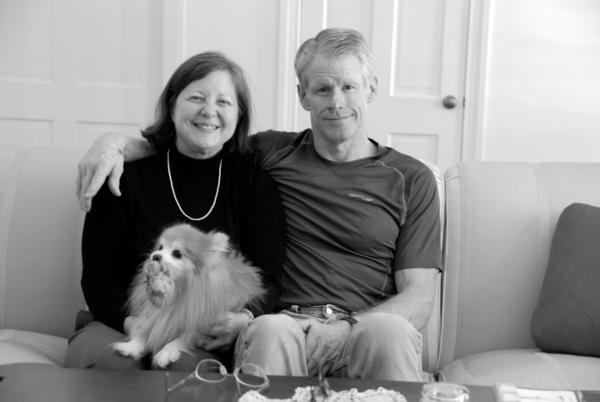 “I want to see this through,” said his widow, Mary Ann Easterling, a school administrator and teacher in Richmond, Va., who said she has no retirement savings.

Most pro sports careers are short and injury-ridden. Although baseball offers lifetime healthcare and guaranteed contracts, football offers neither.

If players are shut out of workers’ comp, the public may end up stuck with the tab, experts said. That’s because players will eventually turn to Medicaid, Social Security and other government programs for help.

“Team owners would be very happy to have the state pay their bills,” said Modesto “Doc” Diaz, a Santa Ana lawyer whose firm has filed nearly 2,000 workers’ comp claims on behalf of athletes.

Taxpayers already are subsidizing Ryan Neufeld. In 2011, the Social Security Administration declared the former NFL tight end 100% disabled. He was 35 at the time, and now receives monthly checks from Uncle Sam.

Seven seasons in the league, mostly on special teams with the Buffalo Bills and Dallas Cowboys, left him with debilitating foot, knee and shoulder pain. He was recently diagnosed with post-concussion syndrome, which can be a precursor to dementia.

Neufeld, who lives in Frisco, Texas, has a claim pending in California against his former teams. Suffering from memory loss, confusion and depression, he’s hoping to win long-term medical care.

“I don’t know what’s going to happen to me,” said Neufeld, who caught 13 passes in his career. 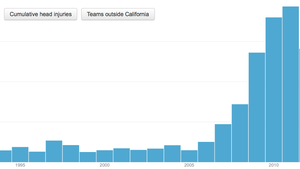 Since 1990 nearly 5,000 players from the NFL and other pro football leagues have filed workers’ compensation claims in California. 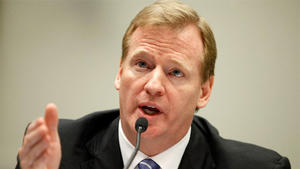 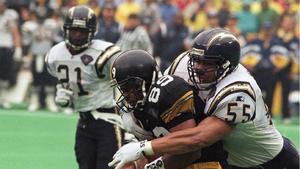 What’s clear is that proof either way will take years of further research -- and litigation.