If Trump embarks on negotiating a bilateral trade policy country by country, he might start with the 103 countries that sell to the U.S. more than they buy.

The first week of the Trump administration may signal a tough road ahead for agriculture.

First, the president withdrew from the Trans-Pacific Partnership treaty, which was expected to boost U.S. agricultural exports by more than $7 billion annually over the coming decades by dropping trade barriers among 12 North American and Asian economies, according to the U.S. Department of Agriculture.

Four days later, Trump administration officials said the U.S. could finance a new wall on the Mexican border through receipts from a 20% tax on Mexican imports. That appears to be part of a broader corporate tax overhaul, which would dun goods imported from every country.

The announcement, followed by a flurry of clarifications and caveats, set off worry that the U.S. was embarking on a trajectory that could lead to a trade war. That could hit home especially hard for U.S. farmers, who get about 20% of their annual revenue from trade — much of it from the very countries Trump could target.

If Trump embarks on negotiating a bilateral trade policy country by country, he likely would start with the 103 countries that sell to the U.S. more than they buy from American factories and farms. They range from China, with whom the U.S. has a $294 billion deficit, to Western Sahara, which exported $7,066 more than it imported last year. 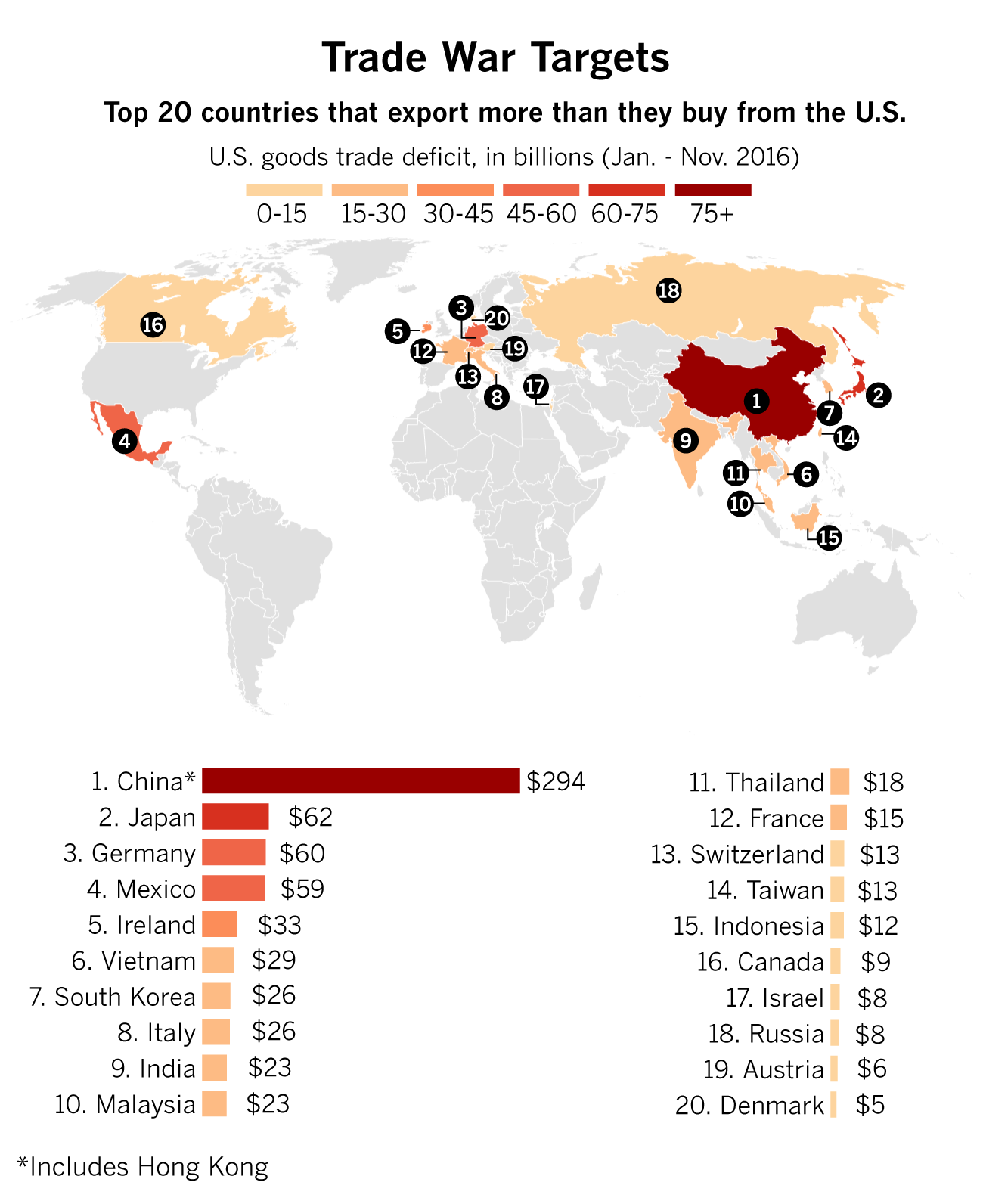 Food items figure strongly in trade wars, largely because the effects of price increases and shortages are felt quickly and acutely.

For example, the 90 retaliatory tariffs Mexico enacted from 2009 to 2011 in response to the U.S. refusal to allow its trucks to cross the border were disproportionately aimed at U.S. agricultural products. More than half of the estimated $984 million damage in U.S. sales to Mexico fell on agriculture, according to USDA economist Steven Zahniser.

So if the U.S. taxes vegetables and fruit from Mexico, fish from Asia or wood from Canada, those countries could dun our almonds, pork and corn — leaving more of them on the domestic market and dropping their price. A strong dollar last year effectively did the same thing, cutting into farm profits, but also causing the first annual deflation in supermarket food prices since Lyndon was president. 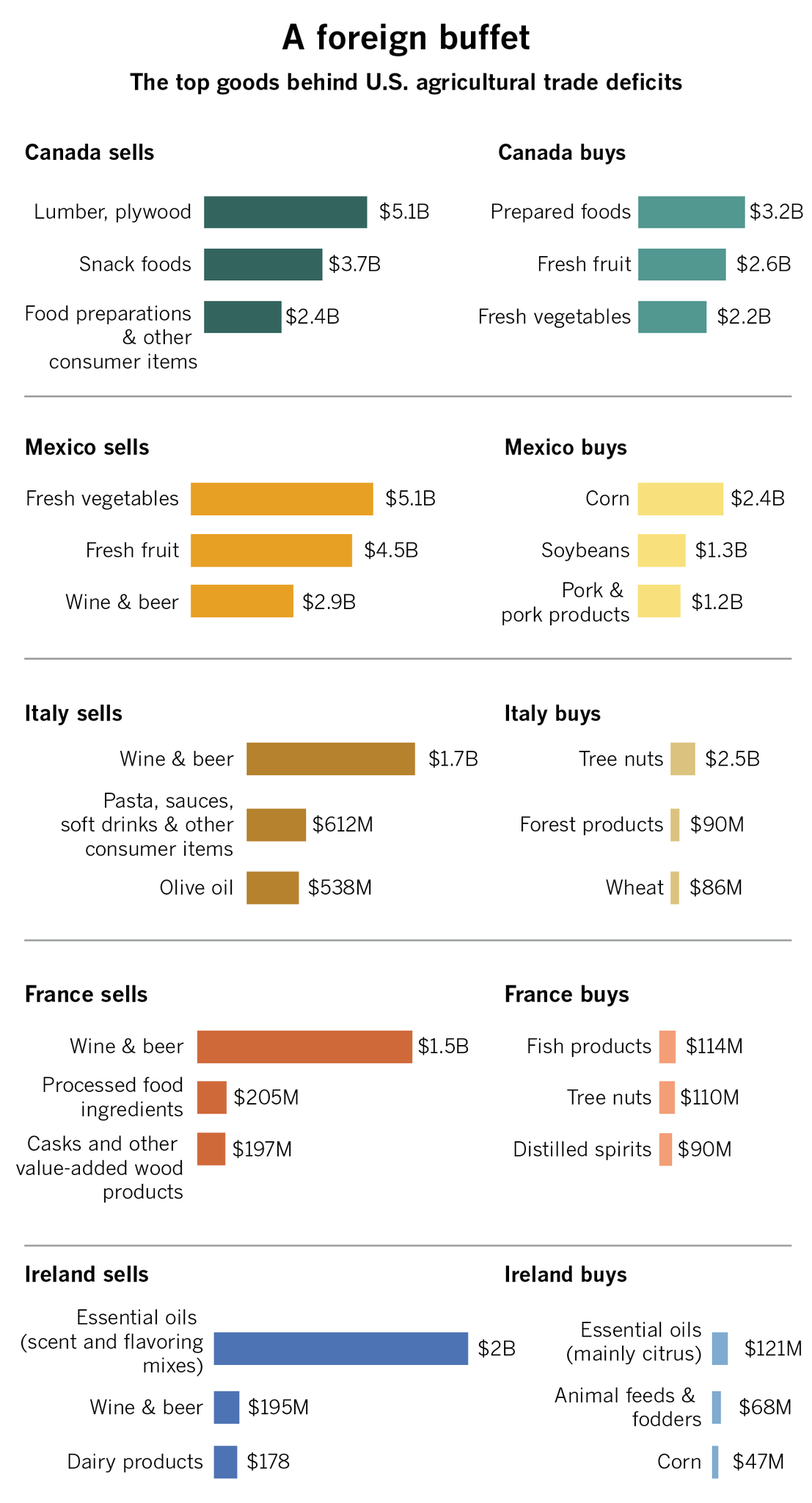