Newsletter: Essential Arts and Culture: The toast of New York at the Taper, and virtual L.A. Phil

I'm Kelly Scott, arts and culture editor of the L.A. Times. The fall season is underway, and here are some stories and reviews that can clue you in to the important cultural events of the week and look ahead to what's coming up.

The power of the uncomfortable

A playwright who’s made his mark in New York gets his first large L.A. production this week. Branden Jacobs-Jenkins has already won off-Broadway’s Obie award, received a Fulbright and a five-year playwriting residency. Now he’s getting what he hopes is the definitive production of his play “Appropriate” at the Mark Taper Forum. (His only other work to be seen in L.A. was “Neighbors” at the Matrix in 2010.) Jacobs-Jenkins talked about his work with The Times' Margaret Gray, and acknowledged his plays can make audiences uncomfortable -- but that's the point. “My dream was always to have an experience where an audience member would turn to another audience member, a stranger, and be like, ‘What did we just go through?’ And, like, kind of begin to talk.” 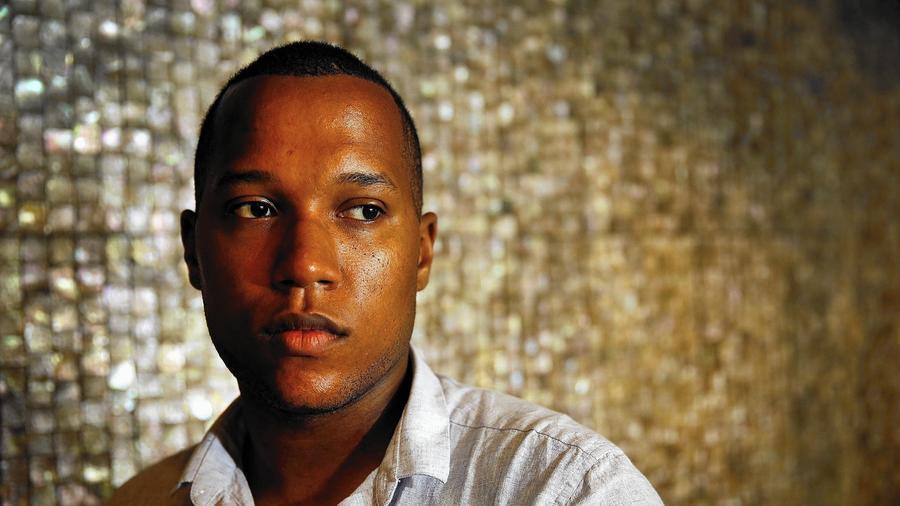 Big, bigger, biggest and then some

Seven years in the making, “Matthew Barney: River of Fundament” at MOCA is a massive exhibition: It includes a three-hour-movie and enormous pieces of industrial wreckage. “If 'River of Fundament' — both sculptural and cinematic — finally feels sluggish and inert, it is not for want of trying,” art critic Christopher Knight writes in his review. “His dedication to taking on big themes using a visually inventive gusto is to be admired...This time, though, the project got away from him.” (Knight was even an extra in one scene from the movie, in 2008.) 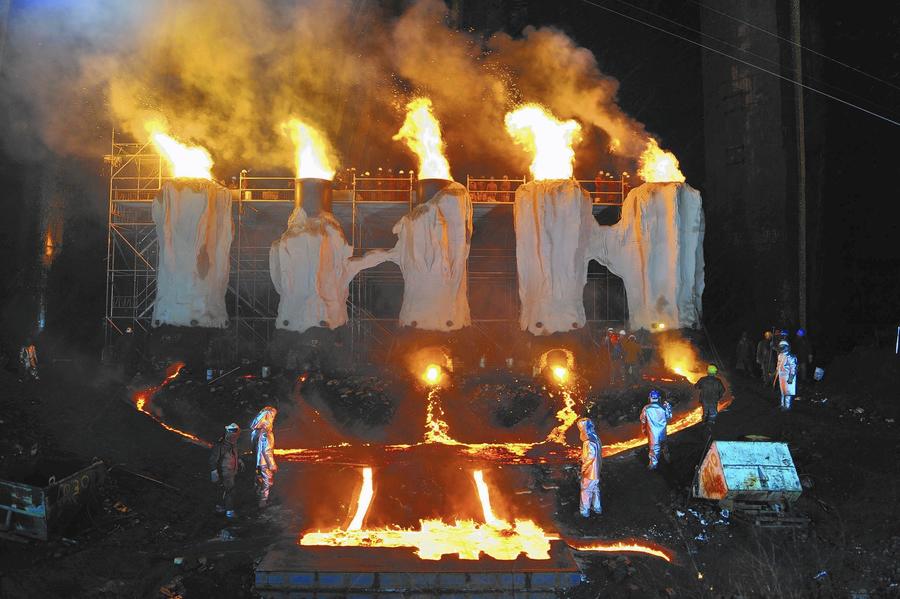 A scene from "River of Fundament" by Matthew Barney and Jonathan Bepler. (Hugo Glendinning / Gladstone Gallery, New York and Brussels)

The sum of 'Amelie's' parts = a 'small, profound' new musical

The pedigree of the new musical Charles McNulty saw at Berkeley Rep last week is impressive: Craig Lucas (“Prelude to a Kiss,” “Reckless”) wrote the book, Samantha Barks (Eponine in the film version of "Les Miz") is the star, Pam MacKinnon (a Tony winner for "Who's Afraid of Virginia Woolf”) directs, and it’s based on a winsome 2001 French movie. That doesn’t always mean a musical will work, but McNulty thinks "Amelie" does. “The scale of the musical is relatively intimate, and its oddball style has a novelty quality that can seem slight, particularly in the beginning. But the show deepens as it progresses,” McNulty wrote. “Small but profound, it had for me by the end all the surprise and wonder of a pink shell echoing the sea.” It has already been extended up in Berkeley. Keep your eye out for it in New York. 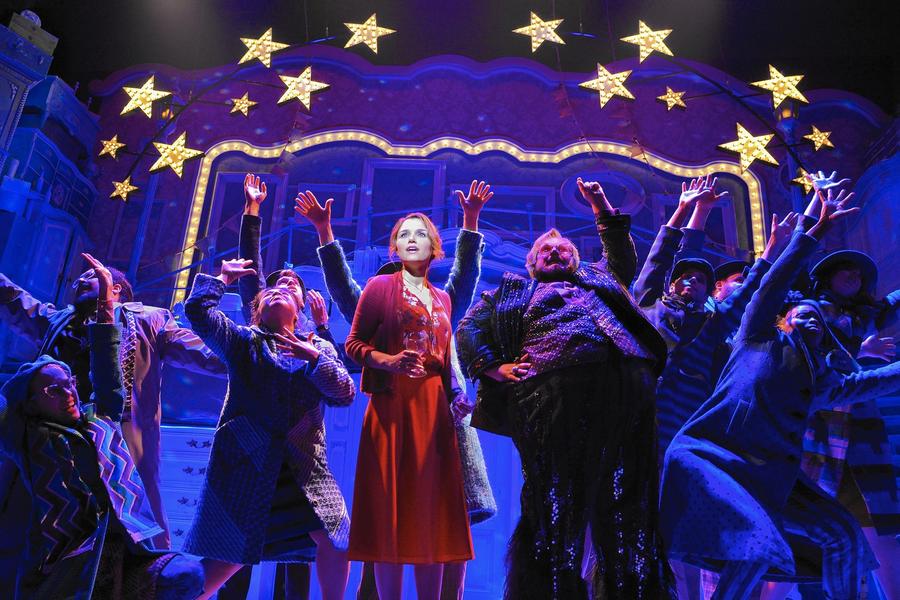 Samantha Barks stars as Amelie in the new musical premiering at the Berkeley Repertory Theater. (Kevinberne.com)

The future of symphony orchestras is worrisome, given an aging audience and the paucity of arts education in public schools. The L.A. Phil is more forward-looking than many in its programming and outreach efforts, but it too turns over every stone looking for new listeners. The Phil's “Van Beethoven” is a virtual reality experience of the Phil performing the first movement of Beethoven’s Fifth Symphony, with goggles and while sitting in a Disney Hall chair installed in the back of the, uh, van. Amy Seidenwurm, the orchestra's director of digital initiatives, said, "It's for people who don't like classical music, to show them how it can be part of their life." Look for it around Los Angeles County for the next few weeks, and decide for yourself if the technology that has the gaming industry abuzz can turns newbies into concertgoers. 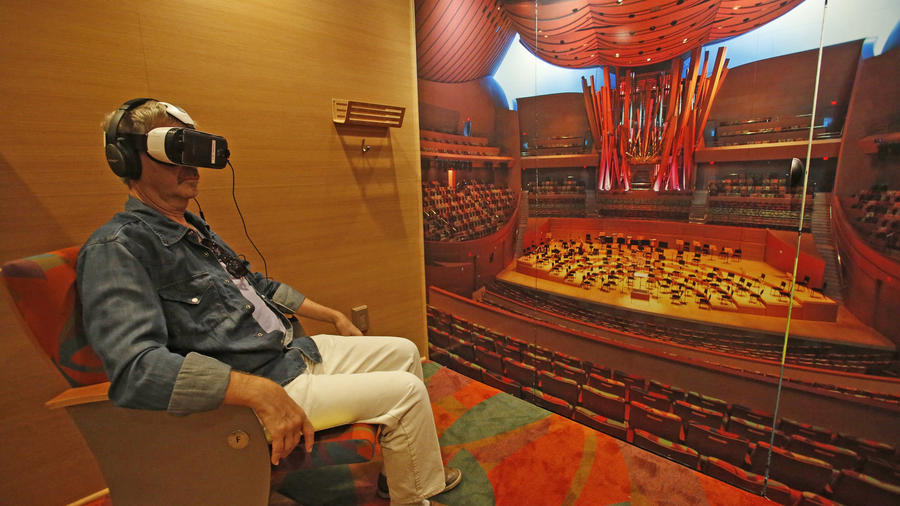 We couldn't let this newsletter go by without at least one mention....

Can't get enough of the Broad, Eli and Edythe Broad's new art museum on Grand Avenue in downtown L.A.? Two things: weekend ticket reservations for the next two months are all taken, and it did, finally, open to the public last week. 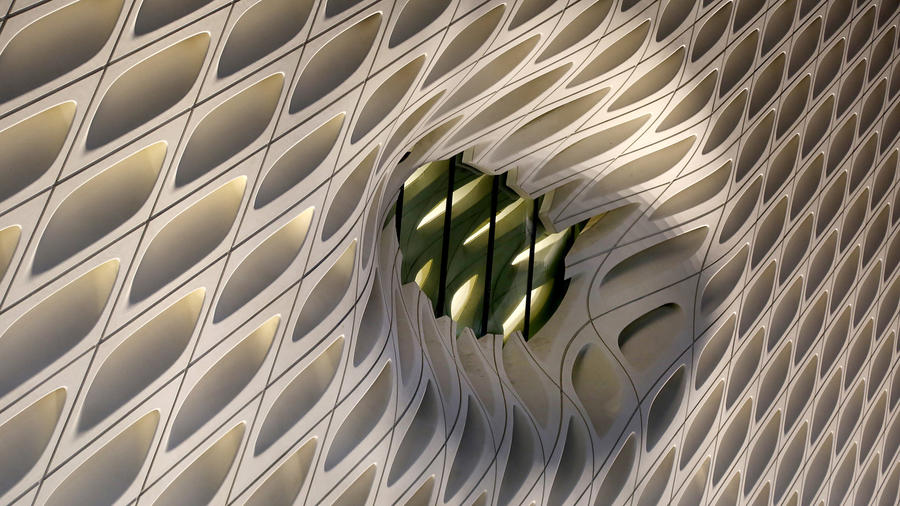 What $100 million gets you: So long Avery Fisher, hello David Geffen Hall ... The Wallis in Beverly Hills reaches across the Atlantic for its new artistic director ... It's as if she never said goodbye: Glenn Close will return as Norma Desmond in a London production of Andrew Lloyd Webber's "Sunset Boulevard."

Both in short AND coming up

The Deaf-West Theatre's production of "Spring Awakening" led the nominations for the Ovation awards and opens on Broadway Sunday night.