This is L.A. Times movie writer Susan King , the guardian of the Golden Age of Hollywood galaxy. Every Friday in the Classic Hollywood newsletter I write about all things vintage, including noted birthdays of the week, TV and movie milestones, exciting classic events around town, must-see films on TV, the latest in vintage films and television shows on DVD and my recollections of interviewing some of the legends of yesteryear.

For example, two-time Oscar-winning actress Olivia de Havilland (“To Each His Own,” “The Heiress”), who is best known for her role as Melanie in 1939’s “Gone With the Wind” and the movies she made with Errol Flynn at Warner Bros.

I had the opportunity 11 years ago to chat in person with de Havilland, who recently turned 99, and it was one of the great thrills of my life. She had flown in from her home in Paris to promote a DVD release of “Gone With the Wind.” 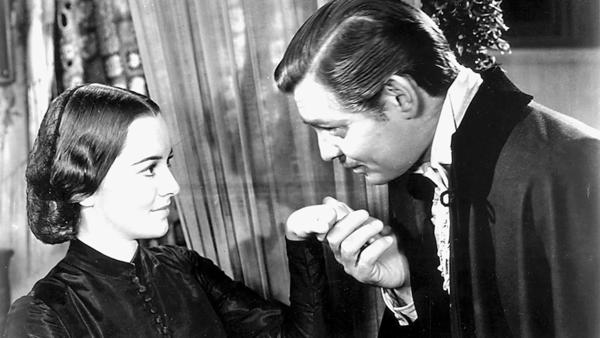 She was quite the character. In fact, a nun who taught her in Catholic girls’ school referred to her as a “brass monkey” because she would always get into trouble. In person, she was still a bit of a brass monkey. She had a great, hearty laugh. She was very funny. And didn’t seem to care she had a run in her stockings.

The actress had signed a seven-year contract at Warner Bros. as a teenager in 1935, but she found the ambience was very different at “Gone With the Wind” producer David O. Selznick’s studio in Culver City.

The main reason was Warner Bros. studio chief Jack L. Warner. “Jack really didn’t like actors at all and didn’t trust them. He liked writers, and I think he liked directors. So obviously that would create a different atmosphere. Selznick adored actors.”

In fact, Warner turned a deaf ear when Selznick and first “GWTW” director George Cukor contacted him about loaning out de Havilland for the film. She also couldn’t budge Warner.

“So I called up Mrs. Warner and asked her to have tea with me,” said de Havilland. “She agreed, and I told her how much the part meant to me. She had been an actress before she married Jack. She said, 'I understand how you feel, and I will try to help you.’ She was the one who persuaded Jack to let me go.”

De Havilland fans should set their DVRs for Aug. 2 for TCM’s popular August series' “Summer Under the Stars” spotlight on the actress. The programming begins at 3 a.m. with the 1935 baseball film “Alibi Ike” with Joe E. Brown. Also airing during the day are the 1937 comedy “It’s Love I’m After” with Leslie Howard and Bette Davis; and the 1943 romantic comedy “Princess O’Rourke,” also starring Robert Cummings. On tap during prime time are such titles as 1938’s “The Adventures of Robin Hood” with Errol Flynn, the 1964 thriller “Hush ... Hush, Sweet Charlotte,” which reunited her with Davis; the 1962 drama “Light in the Piazza” and the 1943 comedy “Government Girl.”

The Theatre at Ace Hotel in downtown Los Angeles this evening is screening the newly discovered and restored 1916 silent “Sherlock Holmes,” directed by Arthur Berthelet and starring the renowned original Sherlock actor and playwright William Gillette. When the film was produced, Gillette was considered the greatest interpreter of Arthur Conan Doyle’s brilliant detective, having played the part on stage some 1,300 times since 1899. The film had long been considered lost until last year, when a duplicate negative was identified in the vaults of the La Cinematheque Francaise and was restored by the San Francisco Silent Film Festival and the Cinematheque. The Ace Hotel Downtown Los Angeles is presenting the screening with the Exhibits Development Group, producer of the traveling show “The International Exhibition of Sherlock Holmes” currently at the Discovery Cube in Santa Ana. Flicker Alley will release the  “Sherlock Holmes” Blu-ray and DVD on Oct. 20. 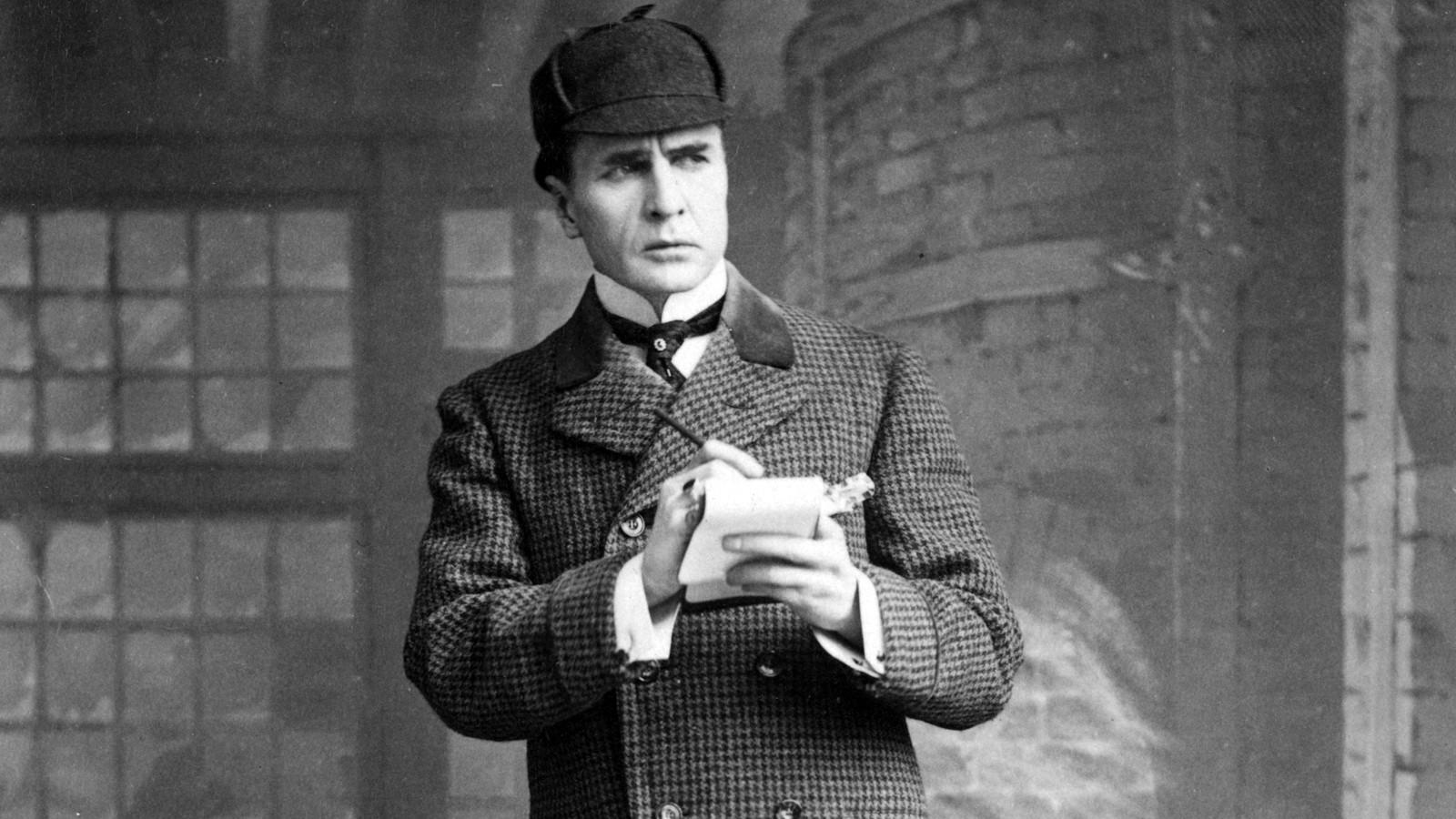 Though 1958’s “Vertigo” is my favorite collaboration between director Alfred Hitchcock and Jimmy Stewart, a very close second is “Rear Window,” which had its New York premiere Aug. 4, 1954. Adapted by John Michael Hayes from the Cornell Woolrich short story “It Had to Be Murder,” the film is sexy, witty and suspenseful. Stewart is very appealing as a veteran professional photographer who spends his time recuperating from a broken leg by looking out the rear window of his apartment observing his neighbors. He soon comes to believe that one neighbor (a pre-"Perry Mason" Raymond Burr) has murdered his wife. The chemistry between Stewart and Hitchcock’s blonde du jour Grace Kelly, who plays Stewart's girlfriend, is just terrific. And added to the mix are the wonderful Thelma Ritter and Wendell Corey and Edith Head’s scrumptious costumes. 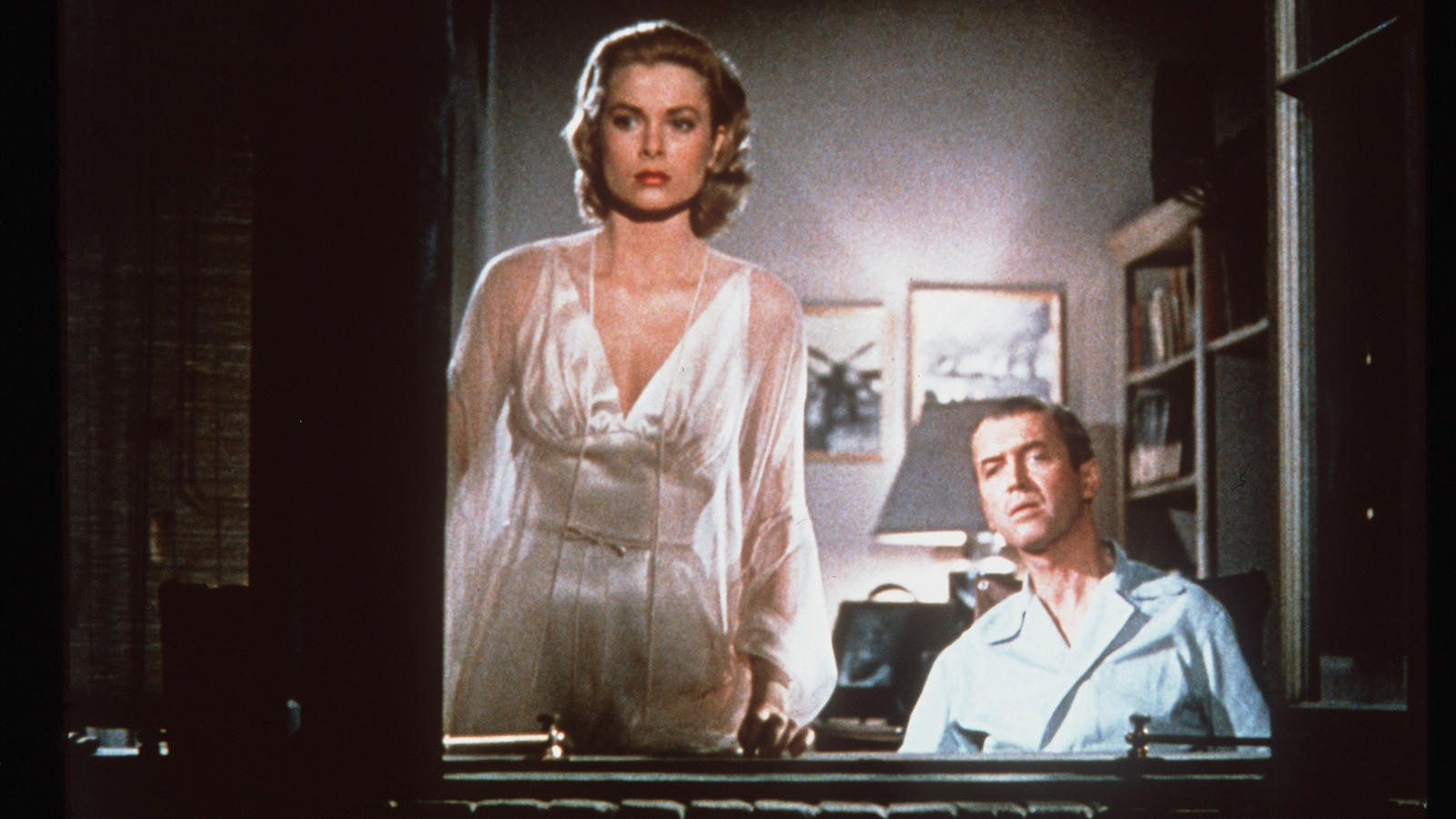 As a teenager, Carmen Miranda was a singing sensation in Brazil and made her Broadway debut in 1939's "The Streets of Paris." She was signed to a contract at 20th Century Fox and made her first musical in Hollywood, 1940's "Down Argentine Way."  Her most famous number was "The Lady With the Tutti Frutti Hat" from 1943's "The Gang's All Here." By 1945, Miranda was the highest paid woman in Hollywood. Miranda was 46 when she died of a heart attack at her home in Beverly Hills on Aug. 5, 1955. She had just completed filming an episode of the "The Jimmy Durante Show"  only a few hours before her death.