When it comes to fashion, Paris Fashion Week is serious business. Critics and buyers aren’t just looking at what’s going to sell, they’re looking at what’s in store for the future of fashion. Forget online shopping, fashion critic Booth Moore wrote, think about the “potential of 3-D printing. Just run a program, or scan an image, and voila! Out pops a dress!” But as A-list revelers and headline-grabbing events show, PFW also leaves room for some fun. Here are some of the funnier moments to have come out of Paris Fashion Week.

Derek Zoolander and Hansel have a model “walk-off” at Valentino 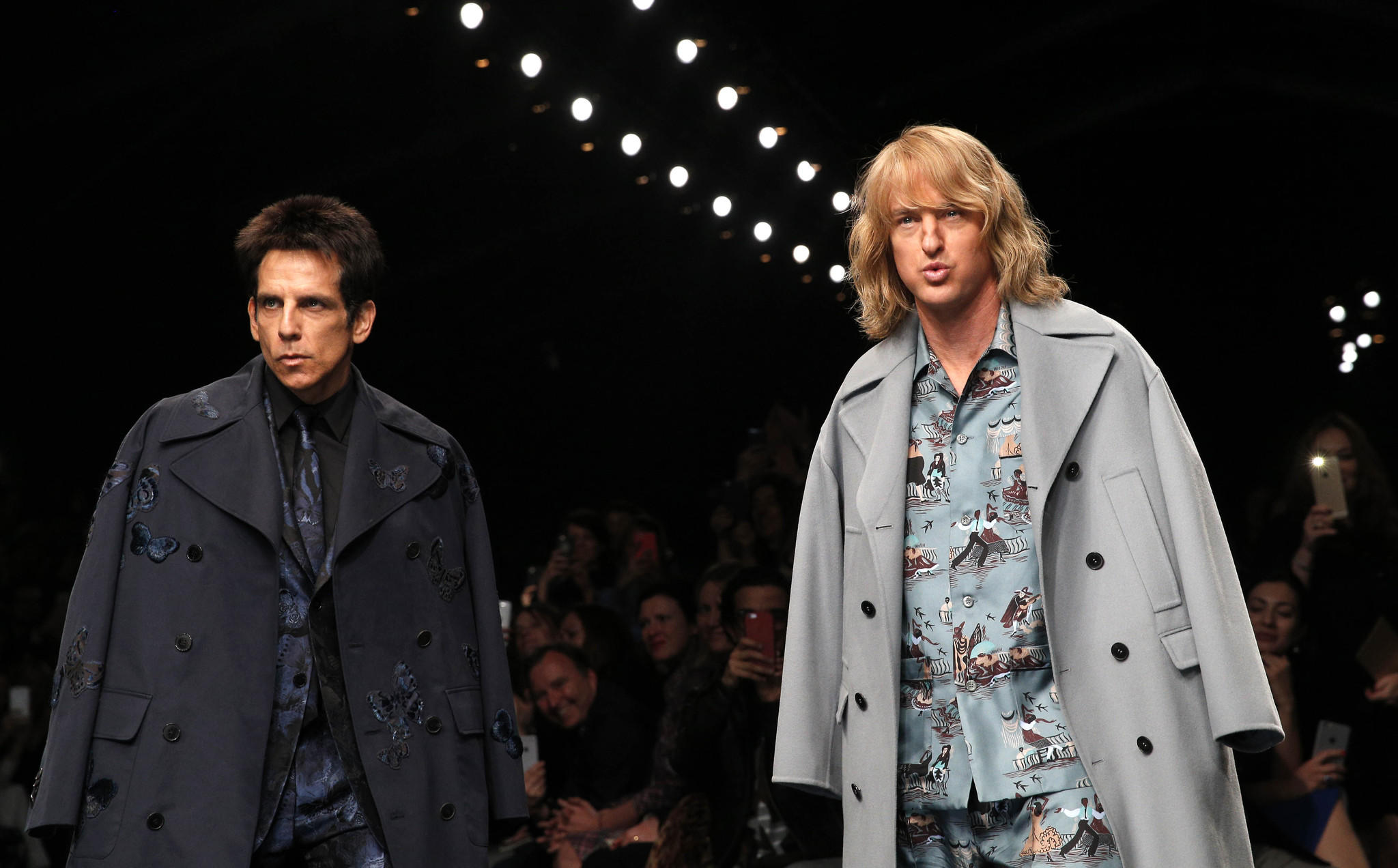 After the conservative-looking Valentino runway show -- which was inspired by artist Celia Birtwell and swinging London, but looked more like church clothes  with long sleeves and patchwork lace -- the crowd erupted at a surprise appearance by “Zoolander” stars Ben Stiller and Owen Wilson. The hilarious stunt was to announce a sequel to the film. Here are more photos and a video. Enjoy! 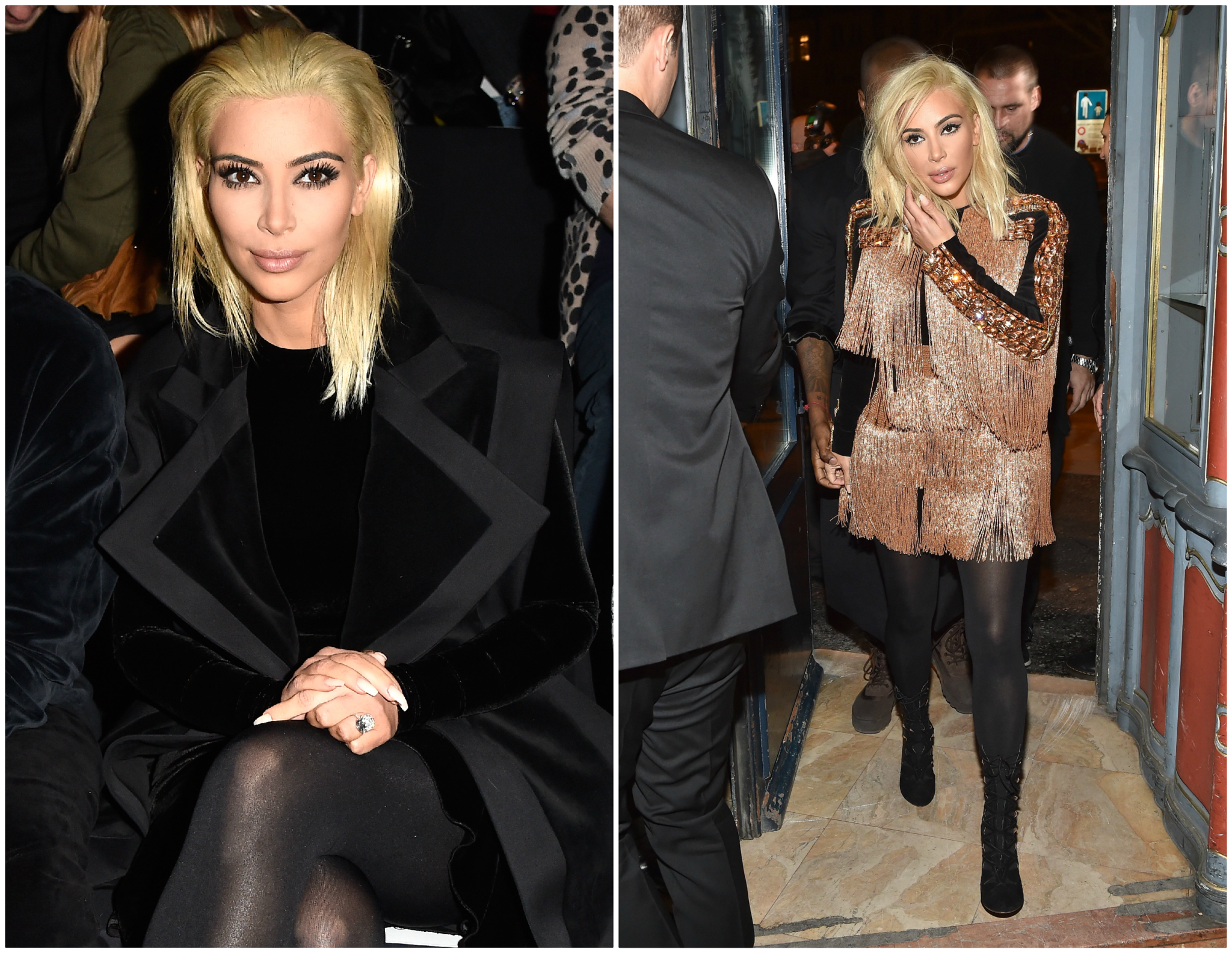 While Kim K’s dramatic hair transformation did not break the Internet, it did spawn some inspired memes comparing her new look to such fantasy genre characters as Daenerys Targaryen (“Game of Thrones”) and Legolas (“Lord of the Rings”). The Daily Mail really seemed to enjoy itself at Kardashian’s expense with this roundup they titled, “Blondes have more fun made of them: Kim's new 'do' becomes laughing stock of the internet.” Ouch. But as Moore wrote, Kardashian’s headline-making platinum hair still couldn’t upstage designer Rick Owens, the real star of the day. 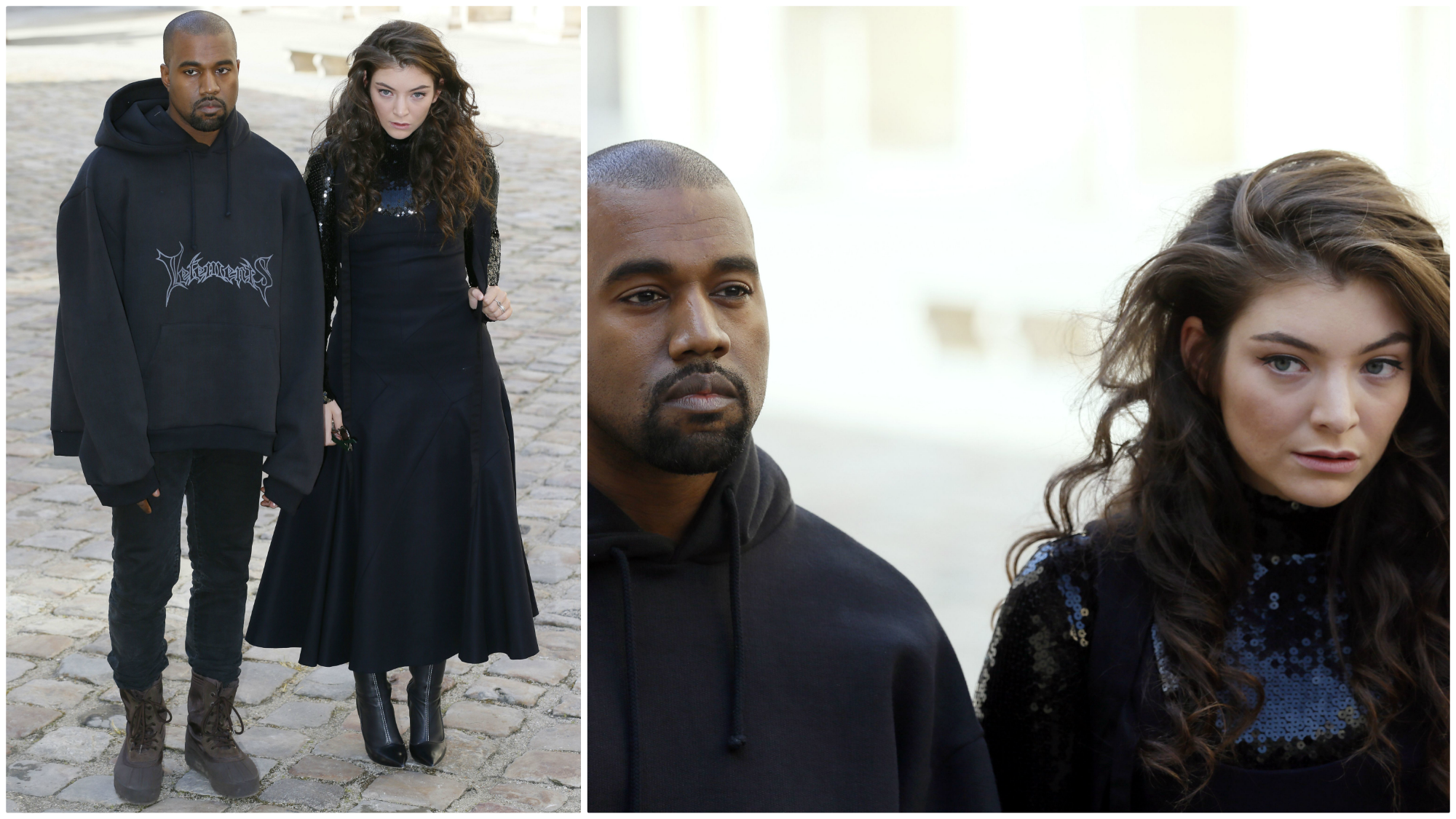 Some saw an awkward photo of Kanye West and Lorde at Paris Fashion Week, others saw two adorable Goth kids. The photos and resulting chatter may have even given Mrs. Kim Kardashian West a laugh –though technically she’s reluctant to smile. (It ages the face.) While the Internet had its giggles, Lorde went about her PFW business like a pro. Celebrities should follow Lorde's example for how to attend fashion shows, Moore said. 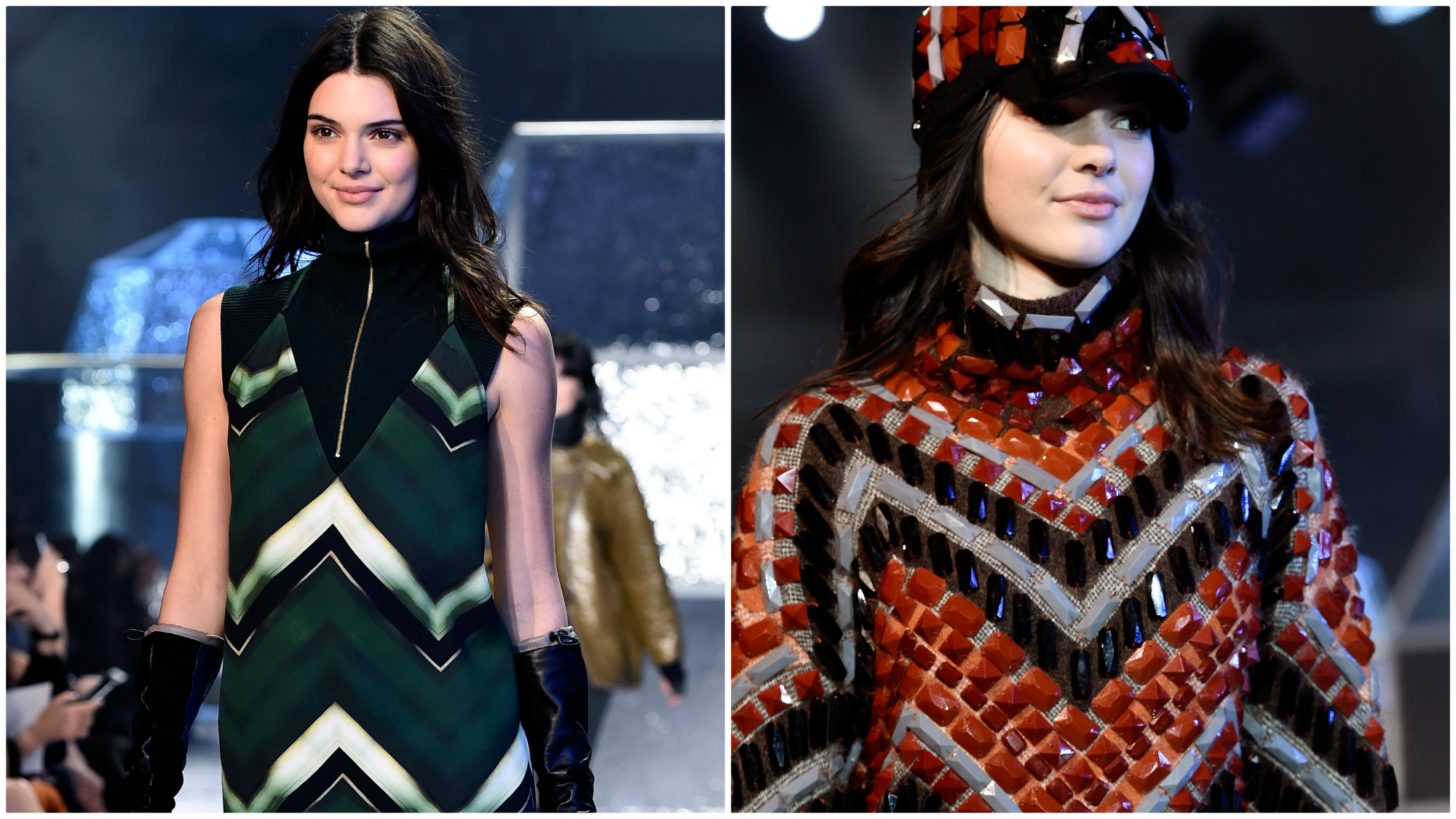 Model Kendall Jenner did “the unthinkable” at H&M’s show. She smiled on the runway. Is that even allowed? Apparently. In contrast to PFW’s more serious shows, H&M encouraged a happy production. 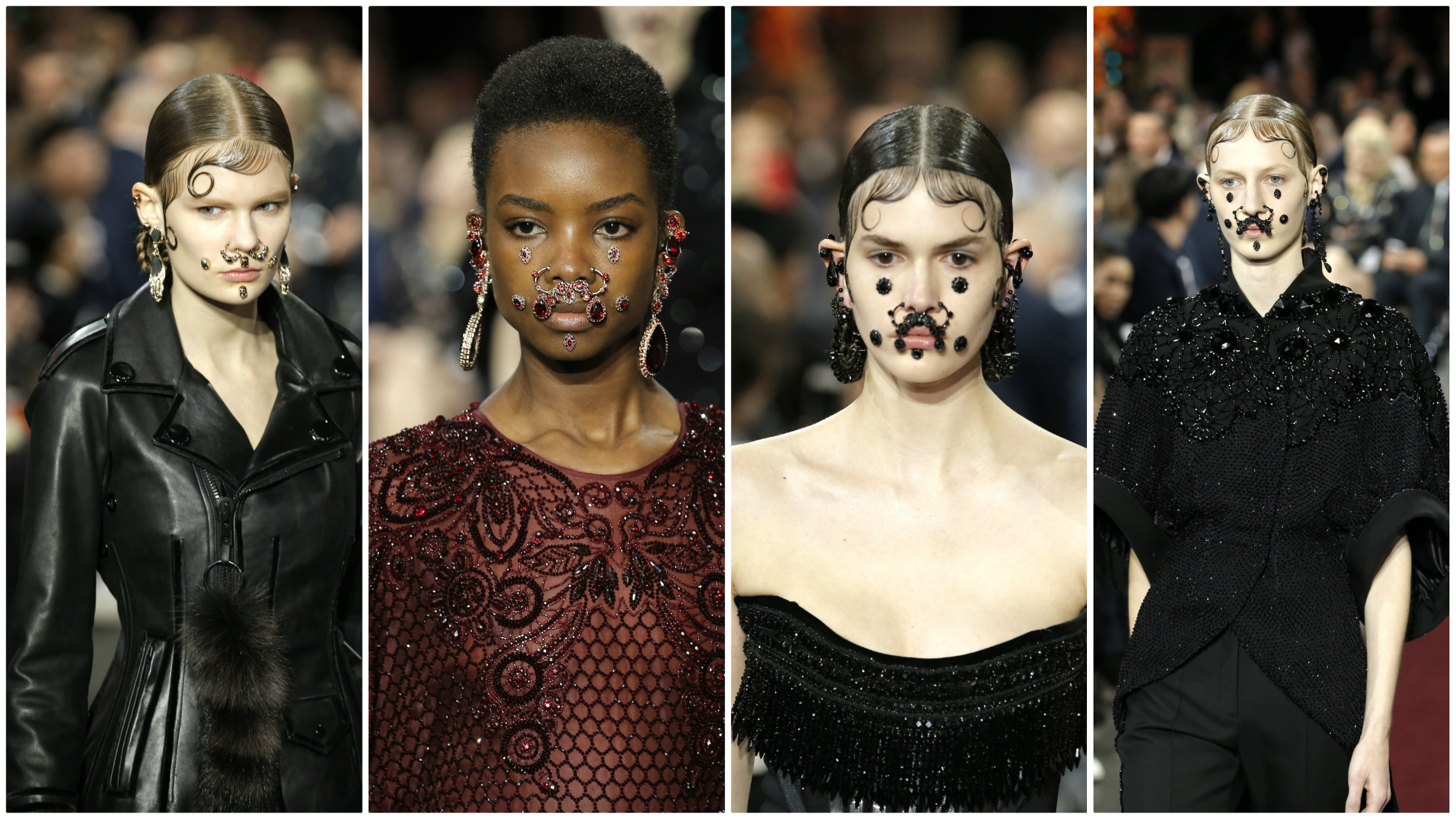 Givenchy adorned the models with “over-the-top face baubles, nose rings and other piercings,” Moore wrote. “I guess that’s what you need to get clicks.” Despite the bells and whistles, the collection held up. “[Designer Riccardo Tisci] has gone down this gypsy road before, but not with a collection so straightforwardly rich-looking and well-executed,” Moore said. 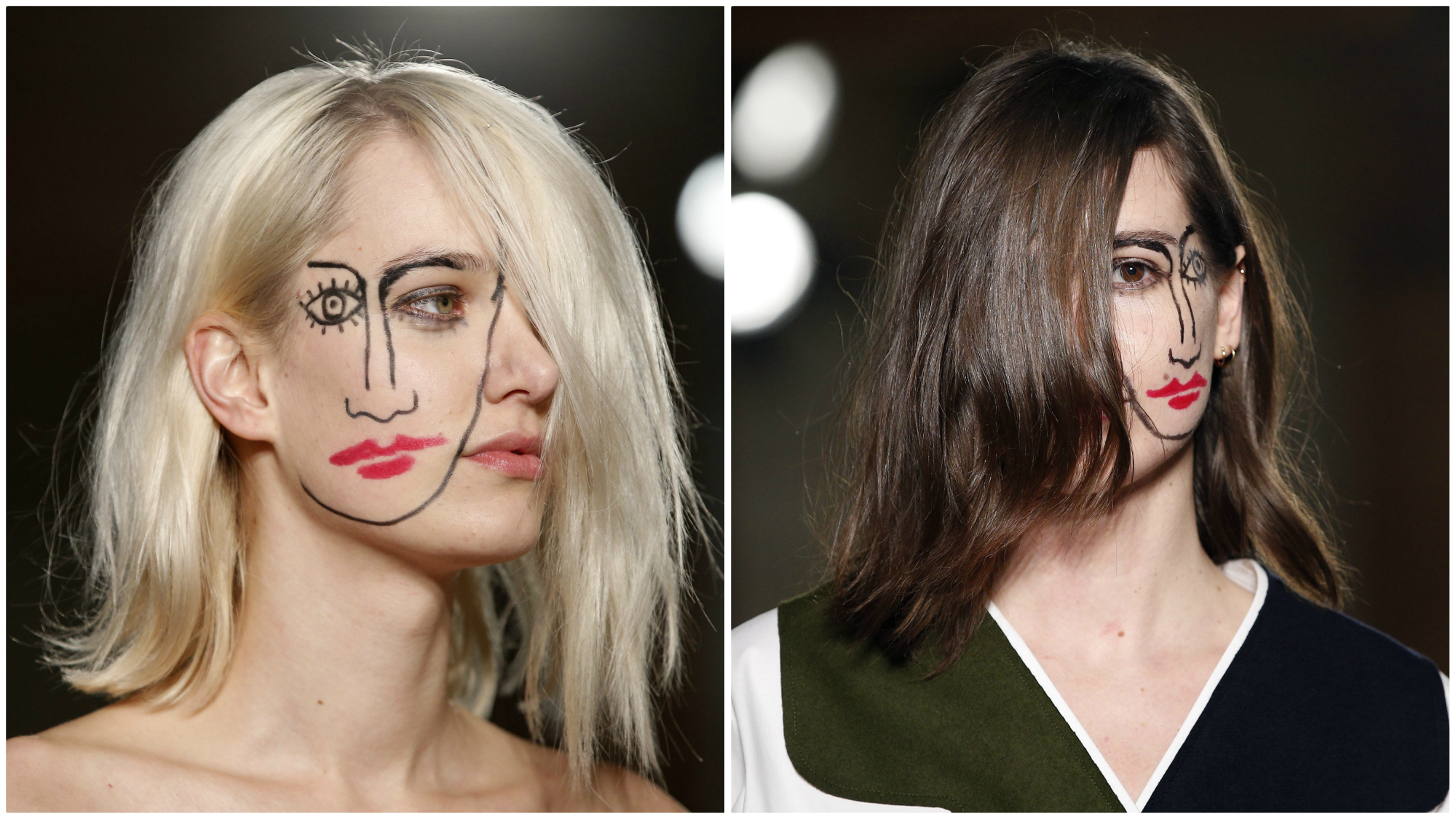 Simon Porte Jacquemus’ show earned itself a spot on the New York Daily News’ list of “craziest runway looks” for his two-faced models. But how were the 25-year-old’s clothes? “At their best, the clothes were reminiscent of Picasso's Cubist artworks with primitive fabric shapes placed on the body like paper cutouts on a collage,” Moore wrote. But, she said, Jacquemus’ dress with hand-shaped cut-outs groping the breasts made her squirm. 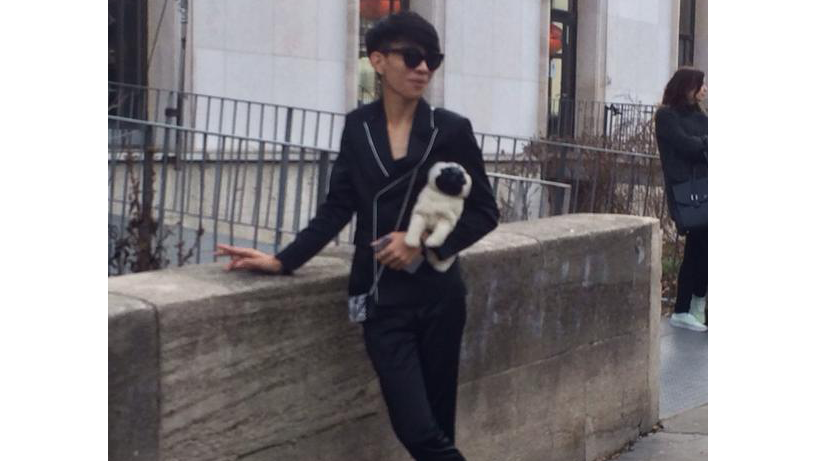 Moore dubbed it #locostreetstyle on Twitter. Here’s less “loco” street style for you to peruse.

What women really want when it comes to clothes