Walk through MacArthur and Lafayette parks is a stroll through time

Centrally located and served by its own Metro stop, gritty MacArthur Park (like adjacent Lafayette Park) retains only tarnished hints of its former glory. But at 32 acres, it’s an unusually large open urban space, has been cleaned up considerably and contains fascinating bits of L.A. history. 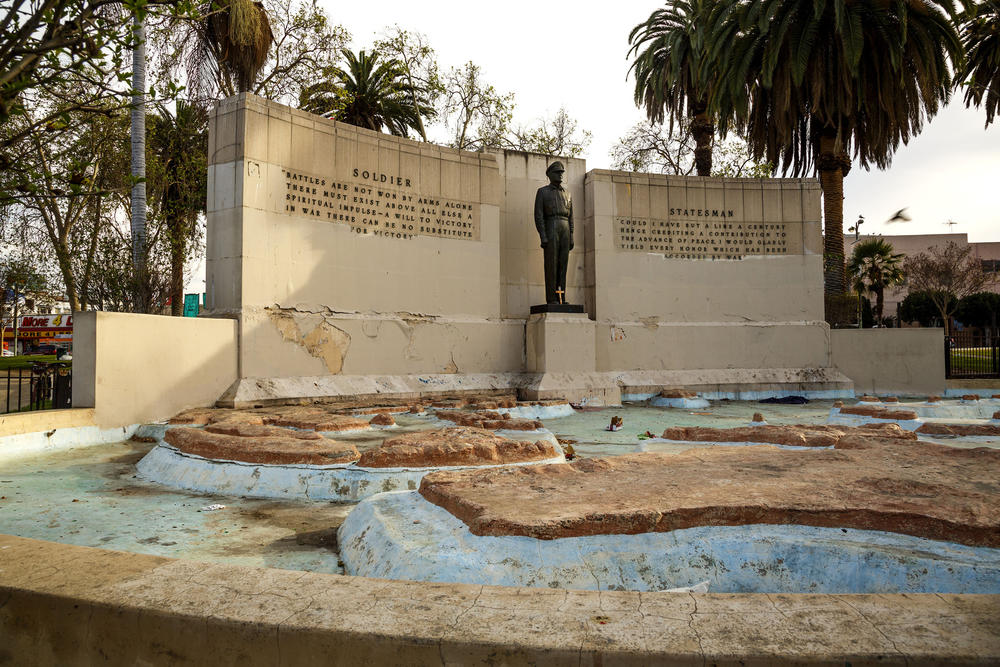 1. Enter the park from the corner of West 7th Street and South Alvarado Street, and turn left at the water’s edge. A few hundred feet in, pause to admire the massive relief map chronicling Gen. Douglas A. MacArthur’s triumphant South Pacific campaign in World War II.

2. Circle the lake counter-clockwise, taking in the good downtown views, underneath vintage street lamps and past a sidewalk paver that’s a homage to Raymond Chandler. As you approach Alvarado, turn left into a pedestrian tunnel passing under Wilshire Boulevard.

3. Continue along the left side of the park’s northern half, past the men playing chess and kids playing soccer. Past the water, and near another pedestrian tunnel on the left, climb a flight of stairs up to the sidewalk at the corner of Wilshire and South Park View Street. 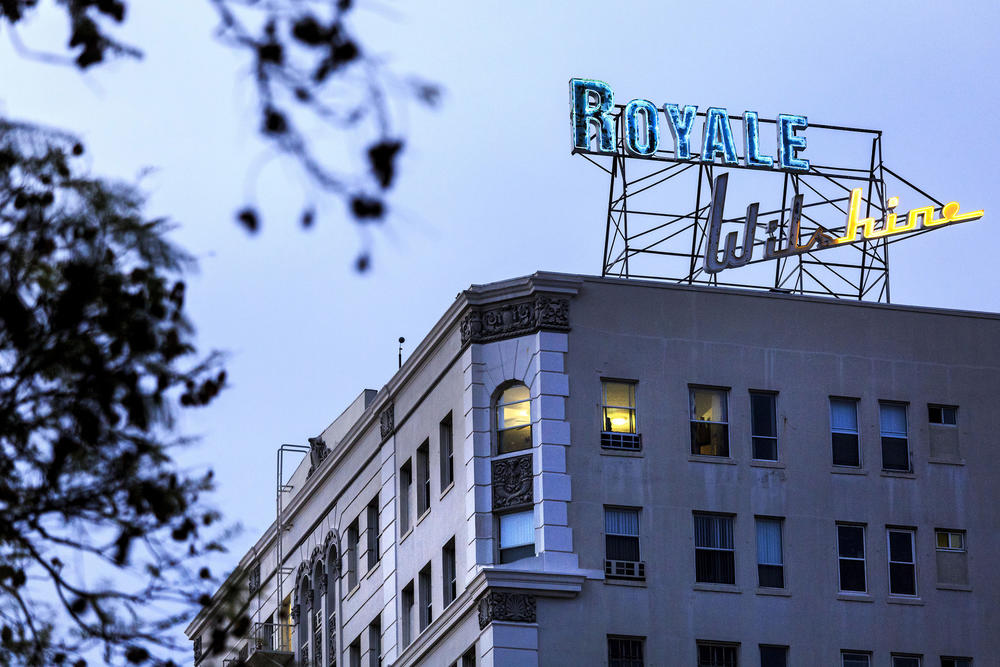 4. Walk four blocks west on Wilshire, past a series of excellent period buildings, among them the Hayworth Theatre, the Wilshire Royale and the Bryson. At South Lafayette Park Place, enter Lafayette Multipurpose Community Center and wind your way counter-clockwise around this usually quiet green space.

5. On the other side of the park, begin walking east on West 6th Street. Note the stately First Congregational Church, across 6th, and, tucked into the north side of the park, the Felipe de Neve branch of the public library, built in 1929. 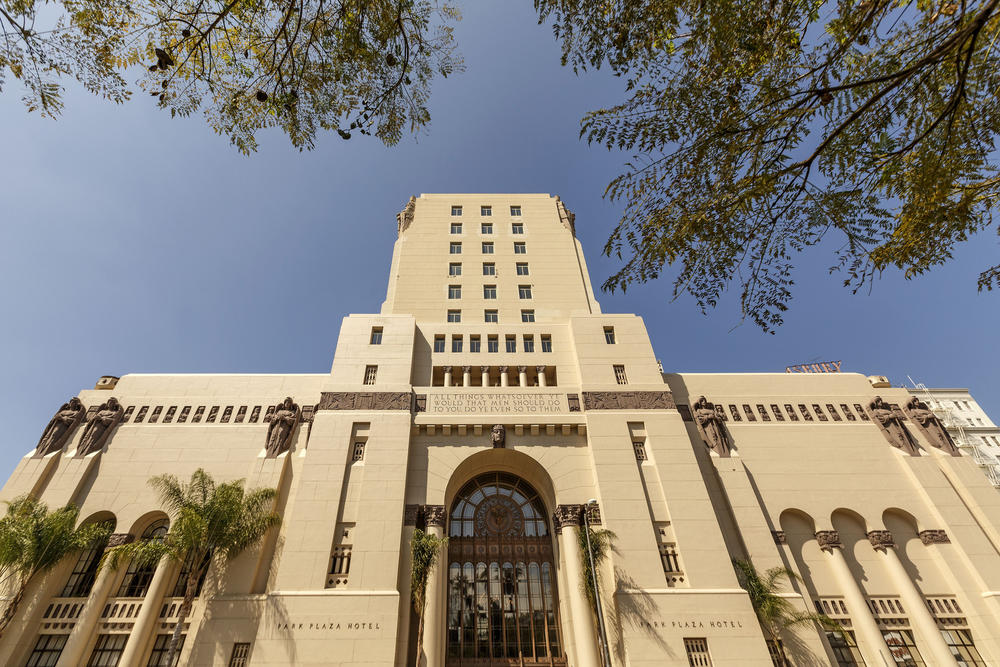 Map: Find a walk near you

7. As you near Alvarado and the eastern edge of the park, bear right and go back under Wilshire through the pedestrian tunnel. Keep left, and check out the nearly new memorial to Salvadoran activist priest Oscar Romero, slain in 1980. A few feet farther along, you are back where you started, at the corner of West 7th and Alvarado.