This walk is easy on the legs but full of wonders for the eyes and mind — beautiful buildings, weird history and more — through the lesser-known side of Old Town Pasadena. 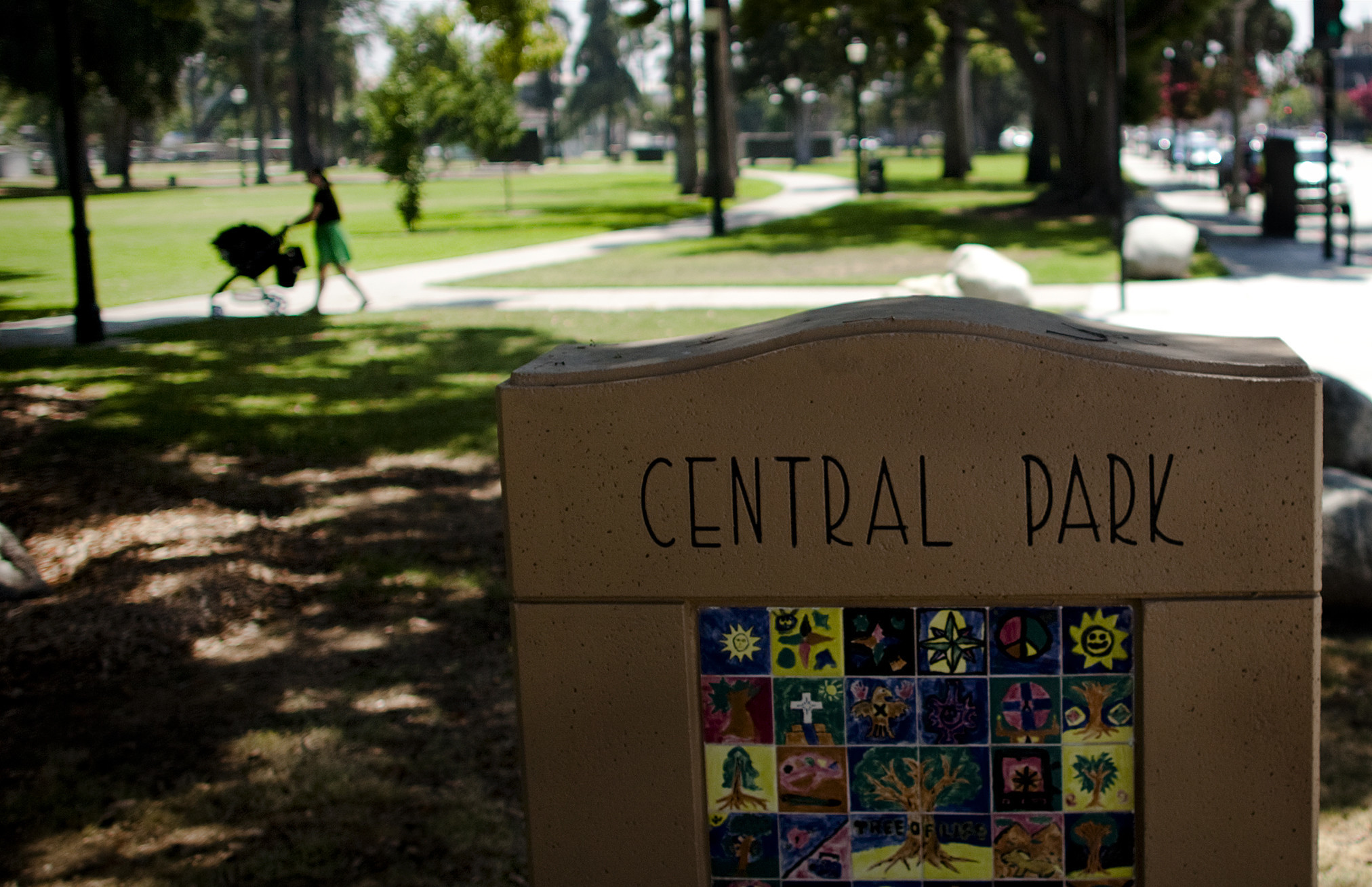 1. Begin near the corner of East Green Street and South Raymond Avenue, along Pasadena’s Central Park. Walk north past the lovely Hotel Green and Castle Green Apartments — a 1903 construction financed by Col. G.G. Green, who made his fortune in patent medicines. Continue north across Colorado Boulevard. 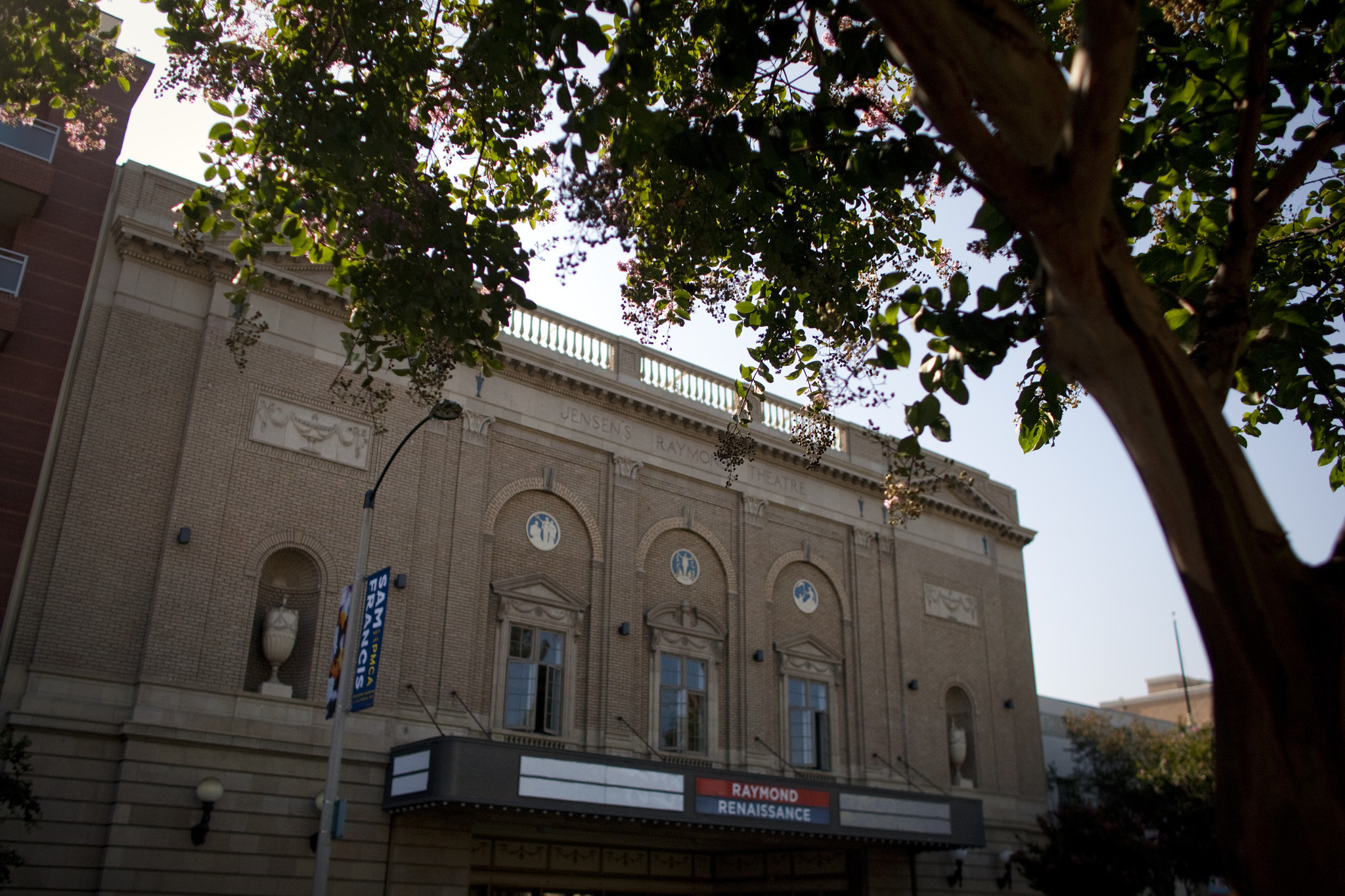 2. Turn right on East Holly Street, pausing to look left at Jensen’s Raymond Theatre, which at the time of its 1921 debut was the West Coast’s premier vaudeville theater, containing 2,000 seats, sweeping spiral staircases and interior fountains. It was later a movie theater and a concert venue. Now it’s condos. Also check out Memorial Park, with its sweeping lawns and a historic band shell, where on weekends music is often performed. 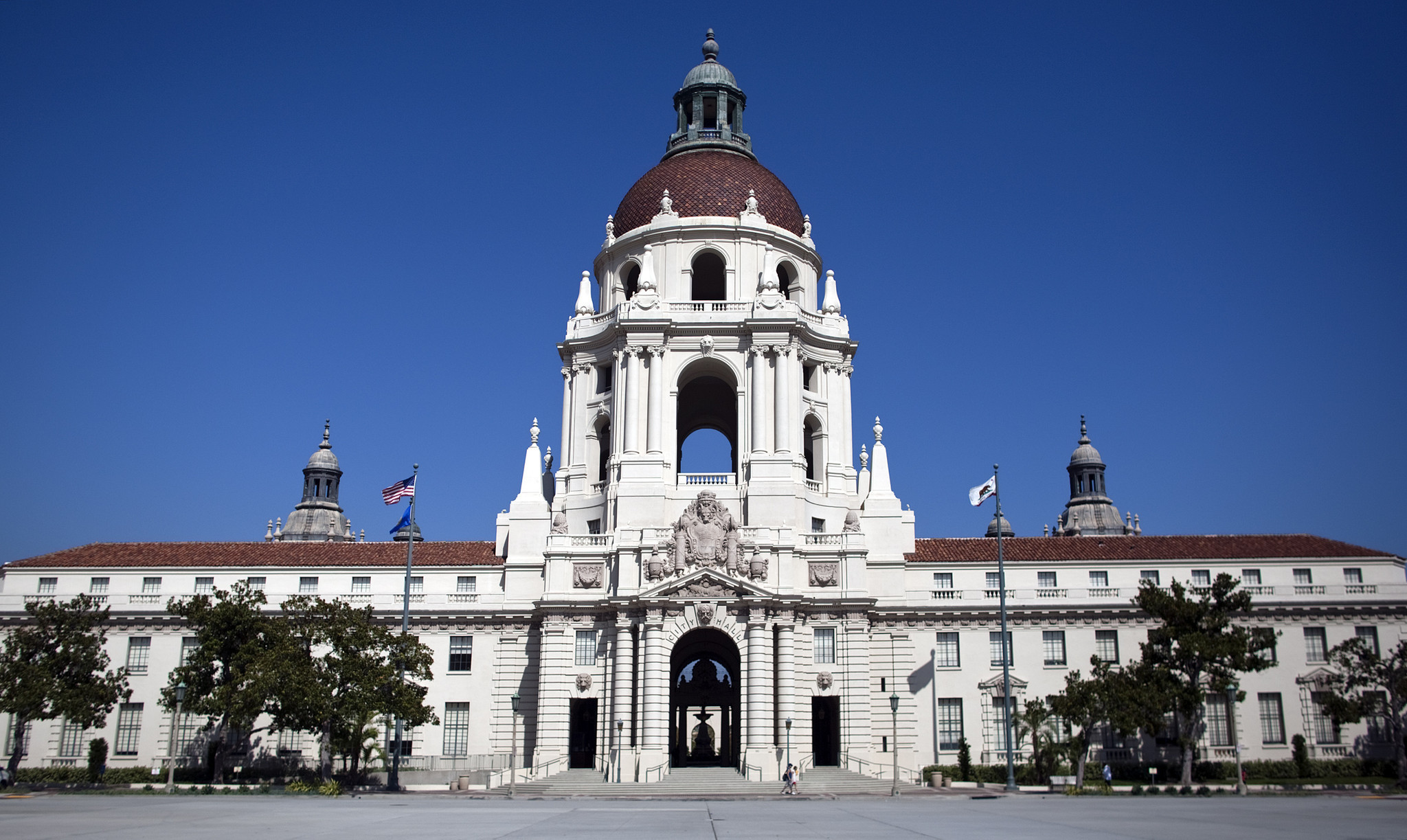 3. Continuing straight on East Holly Street, walk toward Pasadena’s stately City Hall. Plaques inside explain that the noble dome, designed in the early 1920s by the architectural firm of Bakewell and Brown, is meant to replicate the Basilica di Santa Maria della Salute in Venice. It’s designed around a central courtyard containing rose bushes, old oak trees and a spraying fountain. Circular staircases rising to the right and left of the central arch present nice views of both yard and dome, and are worth the short climb. 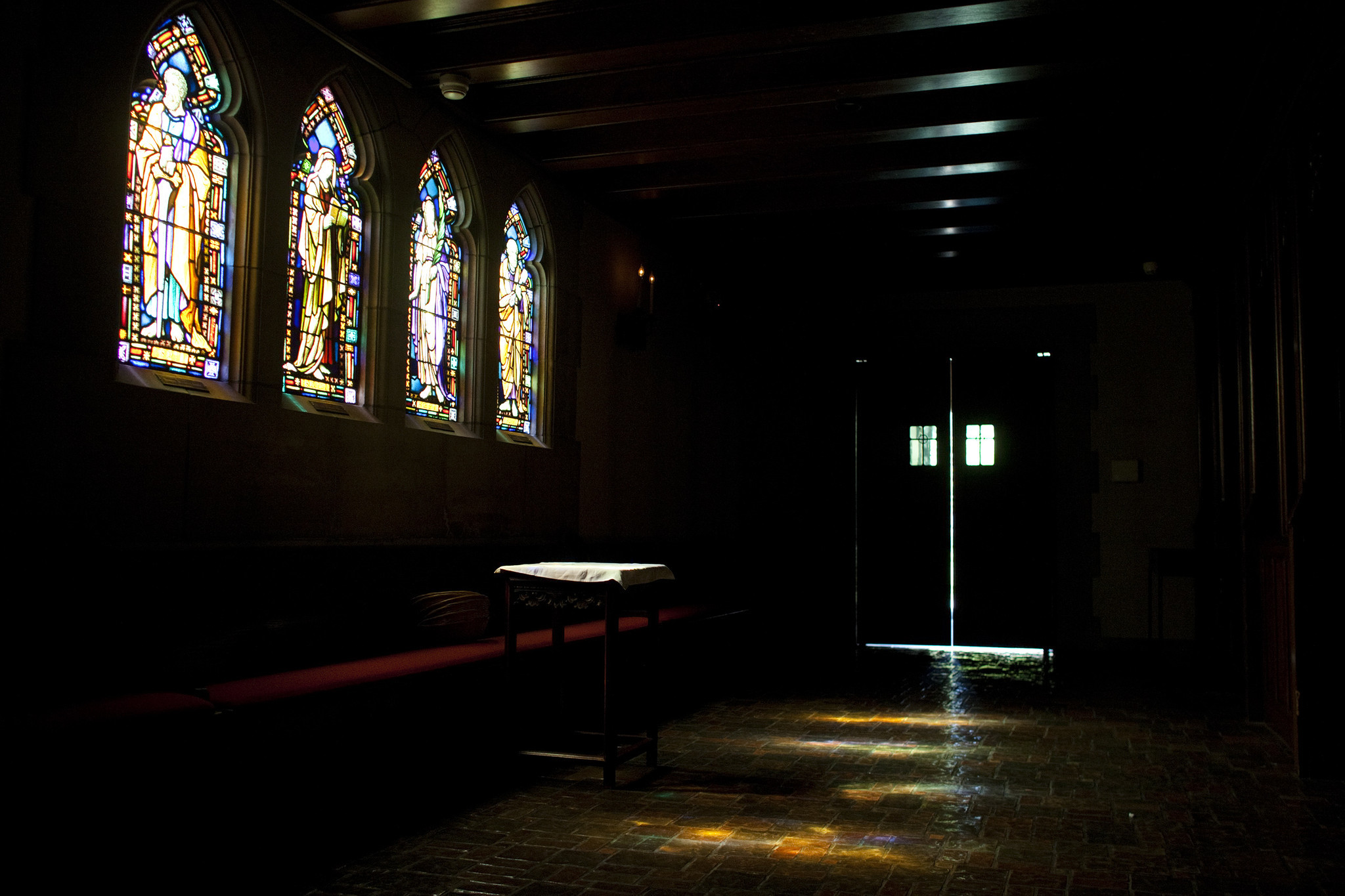 Light from the stained-glass windows dances on the floor inside All Saints Church on North Euclid. (Gina Ferazzi / Los Angeles Times)

4. Continue east, through City Hall, across the street and past the square Norman tower of All Saints Church on North Euclid Avenue. Continue to North Los Robles Avenue and turn left.

MAP: Find the perfect L.A. Walk near you

5. After one block, turn right onto Ford Place, and enter what remains of Pasadena’s first “exclusive” subdivision, conceived in 1902 by W.J. Pierce as the city’s most upscale residential neighborhood. The road is lined with Craftsman, Prairie, Shingle, Tudor Revival and Mission Revival homes, and was a private street until 1951.

6. Turn right onto North Oakland Avenue, onto the campus of Fuller Theological Seminary, which since 1971 has owned all of the original Ford Place subdivision. It was founded in 1947 by evangelist Charles E. Fuller, creator of the “Old Famous Revival Hour” radio show. 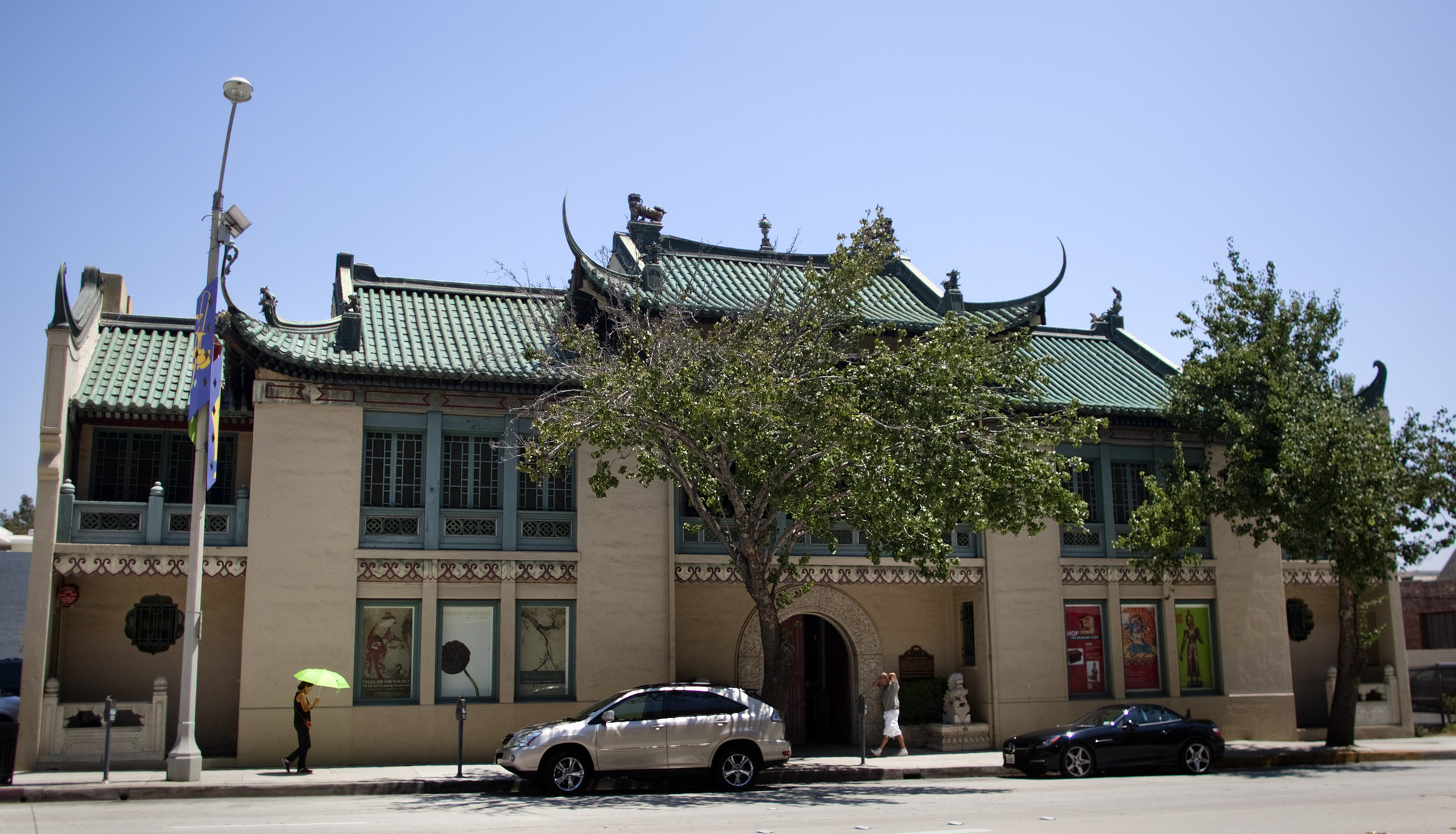 7. After continuing down North Oakland Avenue, passing the fine Pasadena Museum of Contemporary Art and the back side of Pacific Asia Museum, turn right onto East Green Street. Enjoy a shady walk back to your starting point.