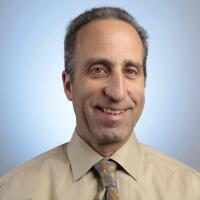 Jim Puzzanghera covered business and economic issues from the Los Angeles Times’ Washington, D.C., bureau. He joined The Times in 2006 and won the paper’s Editor’s Award in 2009 for coverage of the financial crisis. He has worked in the nation’s capital since 1998 and is a two-time National Press Club award winner for Washington coverage. A Northwestern University graduate, he previously worked for the San Jose Mercury News, Newsday and the St. Petersburg Times. He left The Times in 2019.