In a city with more than 2 million eligible voters, roughly 400,000 may cast ballots in Tuesday’s election. The low turnout is in keeping with historical trends. 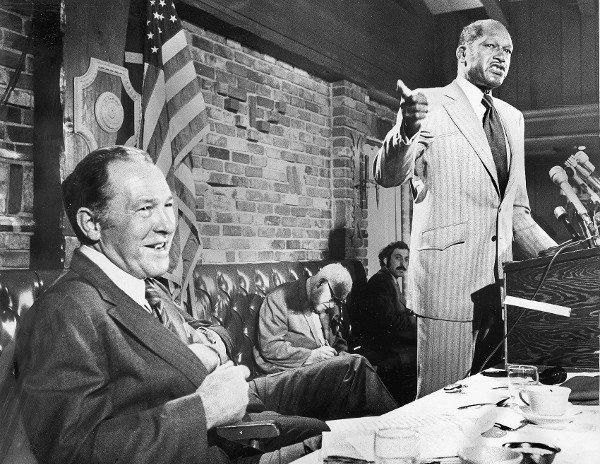 In a city with more than 2 million eligible voters, roughly 400,000 may cast ballots in Tuesday’s election. The low turnout is in keeping with historical trends.

By Ben Welsh and Michael Finnegan


More than 2 million people can vote for mayor of Los Angeles. But if history is a reliable guide, as many as 1.6 million of them will skip Tuesday’s election.

That low turnout could mean that the winner will garner fewer votes than any newly elected mayor since the pre-freeway era of the 1930’s, according to a Times analysis of L.A. election records.

The city’s next mayor will be hard-pressed to exceed the 233,427 votes that Fletcher Bowron won in 1938 when he ousted incumbent Frank Shaw in a recall spawned by rampant corruption. The population of Los Angeles has more than doubled since then. To avoid that 1938 milestone, it would take a surge in new voters or a lopsided win by one of the candidates.

The new mayor, City Controller Wendy Greuel or Councilman Eric Garcetti, will oversee nearly $8 billion in spending each year on police, fire and ambulance services, street repairs, trash pickup, and the city’s water and power systems, among many other things.

But in the March primary, turnout was a paltry 21%, and experts do not expect it to rise much Tuesday.

The Times analysis found sharp geographic disparities in the primary election turnout, and at least two-thirds of registered voters failed to vote in every neighborhood in the city. The highest turnout — 33% — was in the upper-income coastal enclave of Pacific Palisades. The lowest, only 7%, was in Watts.

Many of the communities with the lowest turnout are poor and also have large numbers of residents ineligible to vote, such as immigrants, further diminishing the clout of those neighborhoods at City Hall, experts say.


“You create this cycle where politicians tend to ignore council districts with lower turnout,” said Matt Baretto, a political scientist at the University of Washington in Seattle. “When they get into office, regardless of who they are, they just provide less services, so voters feel like — why should I vote?”

Tawana Percy, a cashier who lives in the Gonzaque Village complex in Watts, is one of many who don’t see the point of choosing between Garcetti and Greuel.

“Everything will still be the same in my life,” Percy, 32, said as she pushed her baby’s stroller down the sidewalk of a Watts strip mall on her way to buy diapers.

The plunge in voter turnout is part of a long, nationwide trend, broken periodically as it was when Barack Obama was elected president. Low turnout in the city’s March primary also reflected a failure by Garcetti, Greuel and their rivals to generate much public enthusiasm.

Edmund Edelman was on the City Council when voter turnout in Los Angeles elections peaked 44 years ago. He sees the sharp drop-off as a sign of “cynicism about government and a sense that elections don’t matter.”

“People have lost faith in elected officials,” he said. “They see so many politicians putting ambition and personal need over the public good.”

“You see in these cases of racial transition, turnout typically goes up dramatically,” he said.

It dipped to 32% when Riordan won a second term and ticked up to 37% when James K. Hahn defeated Antonio Villaraigosa in the 2001 race that foreshadowed another ethnic breakthrough — the first Latino mayor of modern Los Angeles. Four years later, when Villaraigosa bounced Hahn from office, turnout was 34%.

After mayoral primaries, turnout has consistently increased for runoffs like the one coming Tuesday. Based on 100 years of L.A. mayor’s races, an average turnout bump next week would mean 445,900 voters would cast ballots, up from 377,881 in the primary.

With that small of a total, Greuel or Garcetti would need a resounding victory to tally enough votes to exceed the counts that have carried every mayor into office since the 1930s. A more likely result, campaign strategists say, is a tight race — possibly even close enough to delay a definitive declaration of a winner for a few weeks.

March’s dismal turnout prompted speculation about the cause. Was it a lack of charisma? Voter fatigue after the 2012 presidential race? The similar political profiles of the leading contenders? Whatever the reason, no one expects turnout to rise much Tuesday.

“You’ve got two liberal Democrats running, and it’s hard for people to really tell them apart ideologically,” said Parke Skelton, who was a top strategist in Villaraigosa’s campaigns.


Both Greuel and Garcetti have suggested that the city might stimulate turnout by shifting mayoral contests to November. With the right confluence of circumstances, elections still can draw high interest regardless of the calendar. California’s gubernatorial recall in October 2003 had a 61% voter turnout.

“If they don’t see that there’s a real choice to be made there, or they’re not really enthusiastic about one of the candidates, that can really have a corrosive effect on turnout,” said Michael P. McDonald, a turnout expert and associate professor of political science at George Mason University in Fairfax, Va.

More than half a century ago, when Mayor Norris Poulson was seeking a second term, then-City Clerk Walter Peterson sounded an alarm about declining voter interest.

“It is almost unbelievable, but on Tuesday it is my prediction that only 4 out of 10 will cast votes,” he said in a public service announcement broadcast on local radio.

In the end, it wasn’t quite that bad. Turnout reached 52% — more than double what it was in March.

Follow the money: Who is giving to Garcetti and Greuel?