California is about to be hit by the first El Niño storm of the year. It's the beginning of what could be a week of rain in the drought-battered state.

In Southern California, the heaviest storm is expected Tuesday, when up to two inches of rain is forecast to drop on the coast and valleys and up to four inches could pour onto the mountains and foothills. Forecasters expect four storms to hit the Southland by Friday, but caution that rain is only a part of the story. Waves up to 10 feet could slam the coast south of Point Concepcion through Tuesday and grow to as big as 15 feet on Thursday.

Parts of Northern California will see more rain and snow. Here are some National Weather Service maps that help explain the weather picture.

A series of storms from the Pacific

Here is a look at the storms set to hit California this week:


Pacific storms move through this week, with the strongest Monday night through Tuesday. #cawx pic.twitter.com/LMfoKSxsrt


Several storms are lining up in the Pacific to bring more #rain to the #BayArea https://t.co/kQzPu3nCpL #cawx pic.twitter.com/adTQH7ca0T

Rainfall totals will be higher than normal:


Both 6 to 10 and 8 to 14 day outlooks now favor above normal precip. for our entire region. #cawx pic.twitter.com/4DzvfaYSjM

Here is a look at projected rainfall totals for Southern California: 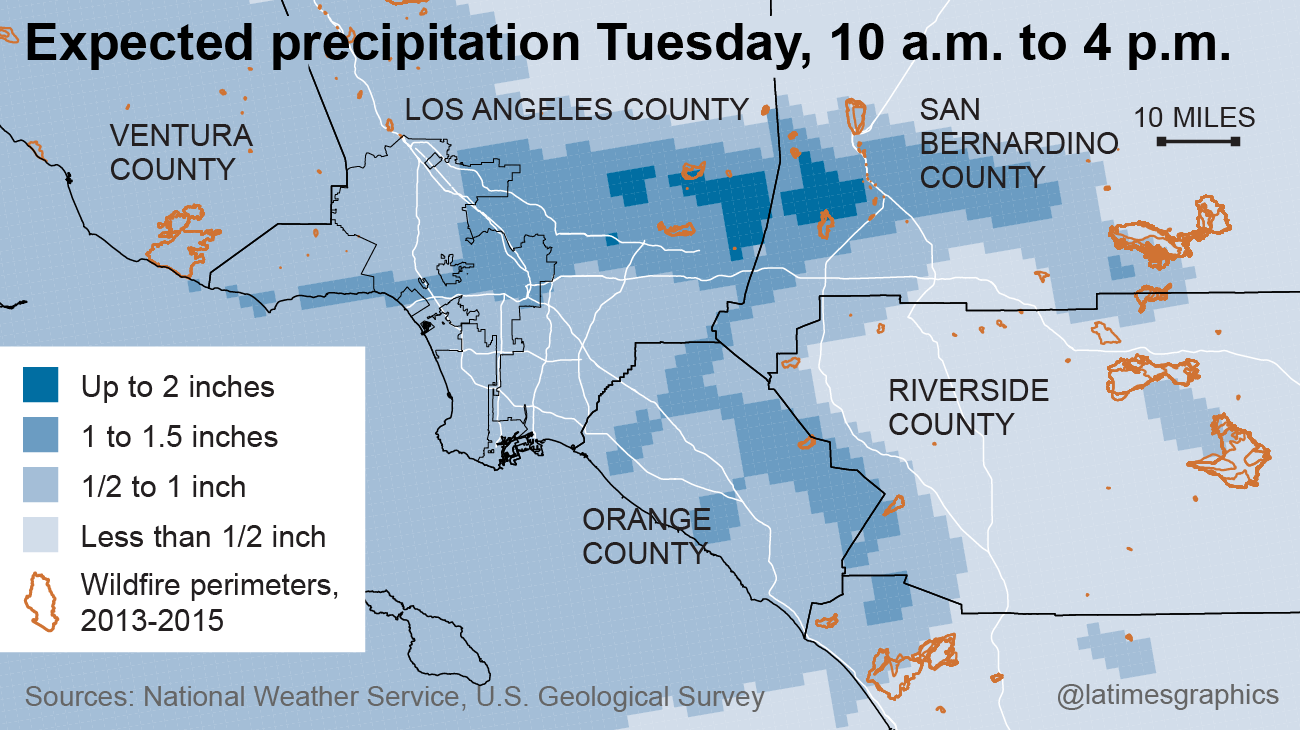 Here is a look at what the storms will bring to the Sierra Nevadas, a key source of California water:

Wettest storm of the week moves thru Mon night - Tues with 6-12" of snow near pass levels. Plan ahead now! #cawx pic.twitter.com/oUqG3QlPBV

Water and Power is The Times' guide to the drought. Sign up to get the free newsletter >>

Video: How to drive in the rain

Are you ready for El Niño? Here's how to stay safe

Joseph Serna
Follow Us
Joseph Serna is a Metro reporter who has been with the Los Angeles Times since 2012.