Donald Trump, for the moment, centers attention on Hillary Clinton

Welcome to Trail Guide, your host through the wilds of the 2016 presidential campaign. It's Sunday, Dec. 27, and here's what we're talking about:

Many of Trump’s supporters are working-class people and they are angry. What Trump has done successfully, I would say, is take that anger, take that anxiety about terrorism and say to a lot of people in this country, look, the reason for our problems is because of Mexicans ... or he says about the Muslims, they are all terrorists, and we got to keep them out of this country.
Bernie Sanders speaking on CBS' "Face the Nation" about Donald Trump's supporters. He called on some of those working-class supporters to back his campaign if they want concrete proposals.
11:40 A.M. Doug Smith

One night in 1834, renowned Presbyterian minister Lyman Beecher delivered a sermon in Boston railing against the "despotic character and hostile designs of popery upon our country."

Not far away that night, a mob stormed an Ursuline Sisters convent and burned it to the ground.

It was never proved that the sermon incited the attack. Still, Lynn S. Neal, a religion professor at Wake Forest University, maintains that Beecher's caustic rhetoric contributed to the violence by "weaponizing" the prevailing anti-Catholic bias.

Republican presidential hopeful Donald Trump's proposal to bar Muslims from entering the United States has evoked comparisons to episodes in American history in which foreigners or adherents of an unfamiliar religion were stigmatized.

Bernie Sanders said Sunday he wanted to focus on the hallmark issues of his campaign like income inequality and education – not a political data breach.

But it’s an issue that’s dogged the Vermont senator for several weeks after some of his staffers were accused of accessing voter data belonging to Hillary Clinton’s campaign. The Democratic National Committee, which keeps a shared master file of all voter information collected by campaigns across the country, temporarily suspended Sanders' campaign from accessing the database.

Supporters of Sanders, whose campaign filed a lawsuit, have accused the DNC of favoring Clinton, the persistent front-runner for the Democratic presidential nomination.

“We're trying to work with the DNC to put this whole thing behind us,” Sanders said Sunday on NBC’s “Meet the Press,” adding that his campaign is in negotiations with the DNC on how best to resolve the issue.

Debbie Wasserman Schultz, chairwoman of the DNC, was also a guest on “Meet the Press,” but was not questioned about the data breach incident.

When asked on Sunday if he was treated fairly by the DNC, Sanders said only that the two sides had differing viewpoints.

10:16 A.M.
He is a very nice guy, he has been very respectful.
Donald Trump speaking about Texas Sen. Ted Cruz on ABC's "This Week." Recent polls from Iowa, where voting in the 2016 presidential race begins Feb. 1, show Cruz leading the billionaire businessman.
9:14 A.M. Kurtis Lee

As he enters 2016 atop the Republican presidential field, Donald Trump is focused not on his GOP rivals, but instead the candidate he hopes to square off against in November: Hillary Clinton.

In recent days, the business tycoon has targeted Clinton on social media and in interviews for what he said was her attempt to play the “women’s card.”

Clinton recently denounced Trump as having a long “penchant for sexism." In particular, she and some women’s rights groups pointed to his comment last week at a Michigan rally, where he described Clinton as getting “schlonged” by then-Sen. Barack Obama in the 2008 Democratic primary.

On Sunday, Trump dismissed Clinton’s complaint as an effort to rally support from women.

“She’s playing that women’s card left and right, and women are more upset about it than anybody else, including most men,” Trump said on Fox News.

Ahead of Iowa’s Feb. 1 caucuses, Clinton has said her husband, former President Clinton, will join her on the campaign trail in early nominating states, calling him her “not-so-secret weapon.”

Trump took note on Saturday, alluding to Bill Clinton’s past sexual transgressions, as demonstrating the real “penchant for sexism.”

Trump, who has alienated Mexican immigrants, women and Muslims with caustic statements, defended going after Clinton’s spouse while speaking on Fox News.

“The ‘penchant for sexism’ was exactly her words, and I just turned them,” he said. “I thought it was fine.” 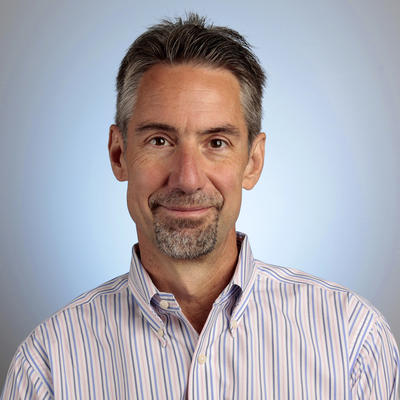 Trump's record in Atlantic City more complex than he says

In his Republican presidential campaign, Donald Trump sells himself as a brilliant businessman and consummate dealmaker. With his showman's knack for positive spin, he depicts his history in Atlantic City, N.J., bankruptcies and all, as more proof of his genius for timing.

"I had the good sense — and I've gotten a lot of credit in the financial pages … I left Atlantic City before it totally cratered," Trump said during the first Republican debate.

The real story of Trump's rise and fall in Atlantic City is more complicated. His casinos were profitable early. As he expanded, though, Trump's aggressive borrowing and go-go strategy left them laboring under high-interest debt. When he decided to leave, in 2009, the exit was far from smooth and graceful; he gave up after last-ditch battles with bondholders.

Today, some still love him here, even people who lost money. Others have bitter memories.

"He trampled everyone: the shareholders, the bondholders, the employees, the contractors," said Sebastian Pignatello, who lives in Flushing, N.Y., near where Trump grew up. An investor who headed a stockholders' committee that tried to recover losses in one Trump bankruptcy, Pignatello says many small businesses had to settle for "pennies on the dollar."

Catherine Johnson's day started at 6 a.m. She left her home in Hanover, drove 100 miles southeast across New Hampshire to a campaign event in Plaistow, then worked her way back with stops in Londonderry, Bedford and Goffstown.

Her itinerary rivals that of some presidential candidates. But Johnson will be casting a ballot, not appearing on one. She wanted to do her homework.

"I'm having so much fun," Johnson said recently as she talked of watching Sen. John McCain (R-Ariz.), who campaigned Dec. 19 for Sen. Lindsey Graham's now-ended GOP run, and of planning to see New Jersey Gov. Chris Christie, who is seeking the Republican nomination. She also plans to attend a Democratic primary debate.

"I just want to vote for who I think is the best leader for this time in our country's history. And I'm not sure I know who that is yet," she said.

Johnson is registered as an independent — "undeclared," as such voters are called in New Hampshire — one of 380,993, more than 40% of the electorate, who can choose to vote in either the Democratic or Republican primary on Feb. 9.