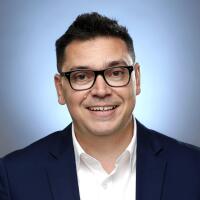 Angel Rodriguez works on special projects at the Los Angeles Times, including coordinating with Los Angeles Times en Español to develop plans to better serve Southern California’s Spanish-speaking market. Rodriguez, named to this role in August 2020, is also rethinking Las Vegas coverage, continuing his work on creating a print desk and helping the team working on the newsroom’s content management system. Rodriguez was previously an assistant managing editor and oversaw the News Desk’s multiplatform editors, who program the home page and mobile app, and the audience engagement editors. He joined The Times as Sports editor in 2015 after spending a year as a deputy editor for mobile innovation at the Washington Post. Prior to joining the Post, he spent two years as sports editor of the Cincinnati Enquirer. He has also worked at the Arizona Republic, ESPN.com and MLB.com. Rodriguez was born in Chicago but raised in Houston and is a graduate of the University of Texas-Austin.