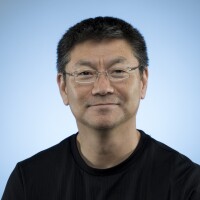 Myung Chun has been a photographer with the Los Angeles Times since 1999. He started as a still photographer and then moved to videography from 2007 to 2018. Chun won an Emmy in 2011 for his work on a multimedia project about innocent victims of gang violence. He previously worked for the Los Angeles Daily News, a position he started in 1988 while attending Cal State Northridge.