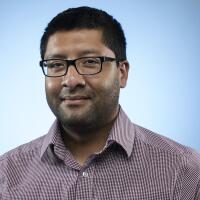 Ruben Vives is a general assignment reporter for the Los Angeles Times. A native of Guatemala, he got his start in journalism by writing for The Times’ Homicide Report in 2007. He helped uncover the financial corruption in the city of Bell that led to criminal charges against eight city officials. The 2010 investigative series won the Pulitzer Prize for public service and other prestigious awards.