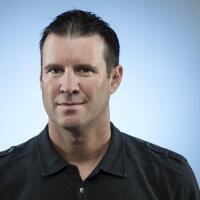 Mike Bresnahan previously covered the Lakers for the Los Angeles Times. He started the beat in 2004, a month after Shaquille O’Neal was traded, and covered several seasons of mediocrity before the Lakers won back-to-back championships in 2009 and 2010. Now they’re back to mediocrity. Bresnahan is from Los Angeles, started with The Times after graduating the University of Wisconsin in 1994, and has also covered the L.A. Kings, pro beach volleyball and numerous colleges and high schools. He left The Times in 2016.