National Christmas Tree: 5 things you’ll want to know (besides how to get tickets to its lighting)

In Washington, D.C., it's not too early to be thinking about Christmas.

The online lottery for free tickets to the National Christmas Tree lighting in December starts Friday and lasts three days.

Those whose names are selected will get a spot at the Dec. 3 ceremony in which President Obama and his family flip the switch to light the living Colorado blue spruce. The lottery awards 14,000 places to stand and 3,000 seats to watch the tradition, which began with President Coolidge in 1923.

Celebrity guests haven't yet been announced for the 2015 event; last year Tom Hanks and his wife, Rita Wilson, did the honors.

Also, no word yet on what musical acts will be performing.

But you can bet the lights will be festive. If you're going to be in Washington, D.C., during the holidays, here are five things you need to know about visiting the big tree. 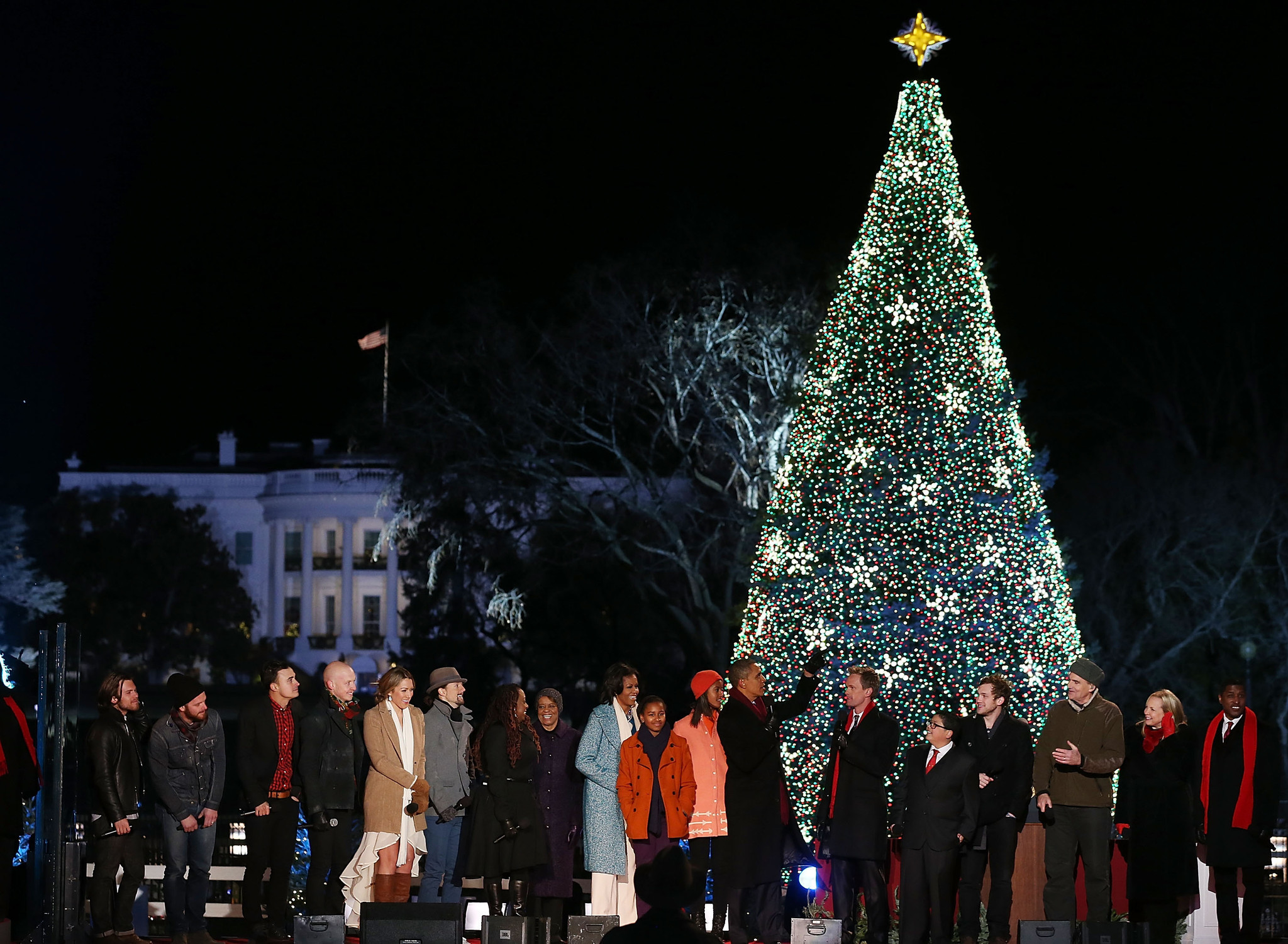 1. It's in a national park (where the president lives)

The White House at 1600 Pennsylvania Ave., a visitor center, Lafayette Park and the Ellipse south of the White House are all part of what's called the President's Park. The roughly 18 acres, including the spot on the Ellipse where the National Christmas Tree stands year-round, officially became a national park in 1961. 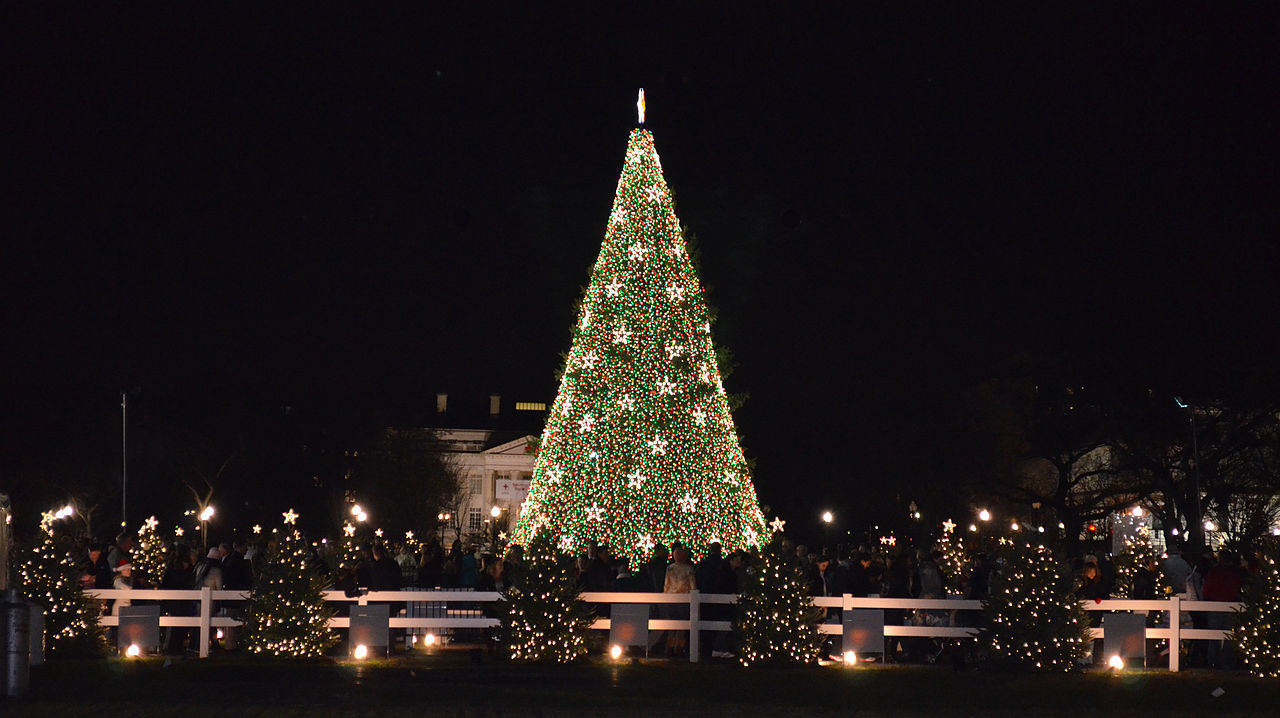 The Pathway to Peace features smaller trees -- one for each state and U.S. territory -- that circle the National Christmas Tree. They're lighted and decorated too. The pathway is open 10 a.m. to 10 p.m. daily.

3. It has a choo-choo train 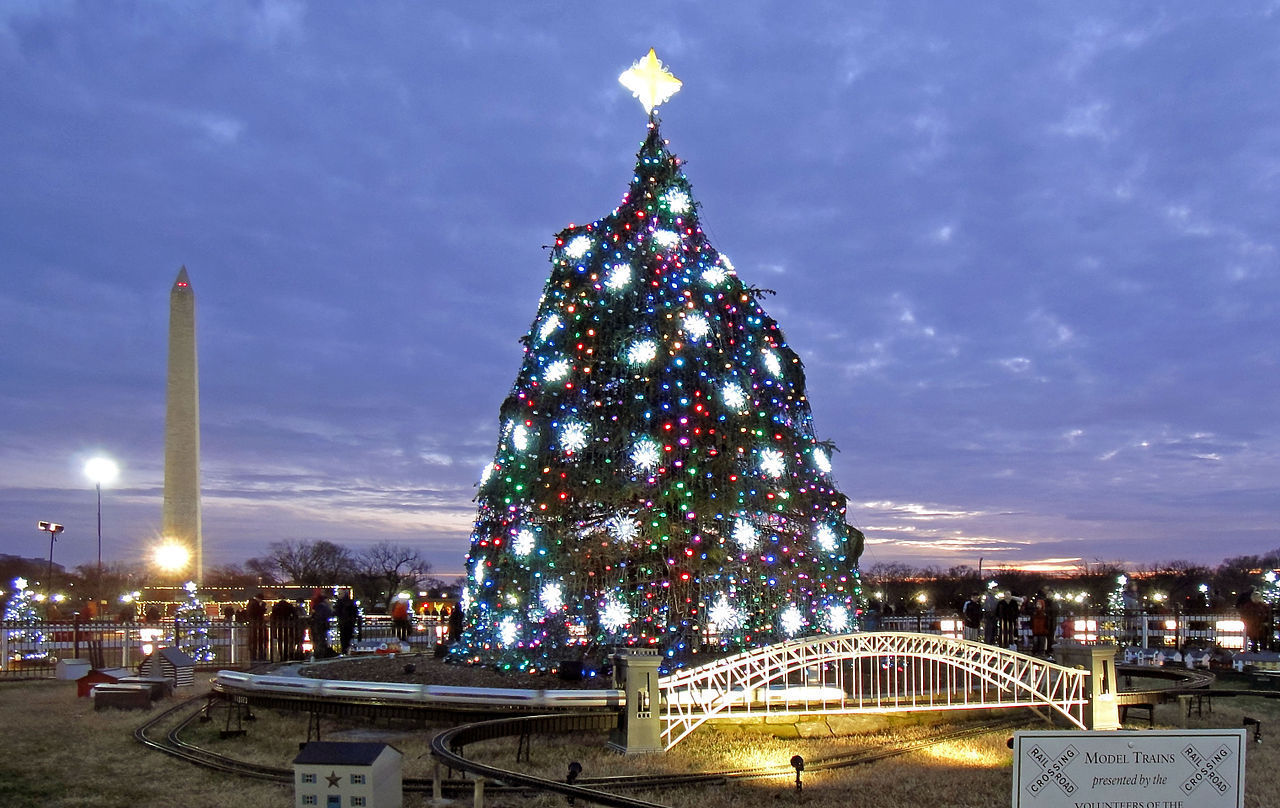 What's a Christmas tree without a little railroad snaking around the base? More than 1,000 feet of track with 10 loops that travel through little villages have been a tradition at the tree for the past few decades.

The large-scale electric model train is operated by volunteers who change it up a little each year and make sure the display is ready to go for the holiday season.

4. It's near two visitor centers

If you're looking for tchotchkes, check out the Ellipse Visitor Pavilion Complex (west of 15th and E streets), which features an information desk, restrooms and souvenirs to buy.

There's also the White House Visitor Center (1450 Pennsylvania Ave.) which hosts displays and exhibitions about the president's home. It's run by the White House Historical Assn., which sells annual White House Christmas ornaments, among other gifts.

5. It stands with the National Menorah

Besides the Christmas tree, the National Menorah is erected nearby to mark the beginning of Hanukkah, the annual Festival of Lights.

The tradition honoring the Jewish holiday began with President Jimmy Carter in 1979 and has been celebrated ever since.

The lighting ceremony will take place this year at 4 p.m. Dec. 16.

Unlike the tree lighting, the menorah is manually lighted by a rabbi who's lifted on a crane to reach the candles. Last year, Vice President Joe Biden attended and spoke at the ceremony.

Hot latkes and dreidels also are served at the event organized by the American Friends of Lubavitch (Chabad).

The National Christmas Tree can be found @TheNationalTree on Twitter -- and it seems to have a penchant for emojis too. But a warning: Tweets tend to go dormant for much of the year.

You also can sign up to receive updates about the National Christmas Tree that will be delivered to your email box too.

Want to hop aboard Arizona's Polar Express? Hurry, because some December rides are sold-out

Try out that new lens on L.A. Zoo's supermodels during special photo day