Timeline: The Backbone Trail through the years

The Backbone Trail, a 67-mile route among the sycamore canyons and sandstone peaks of the Santa Monica Mountains, was a dream in the 1960s. Today it is a reality.

The establishment of Will Rogers State Historic Park opens the Inspiration Point Loop Trail, which would become the eastern end of the Backbone Trail. 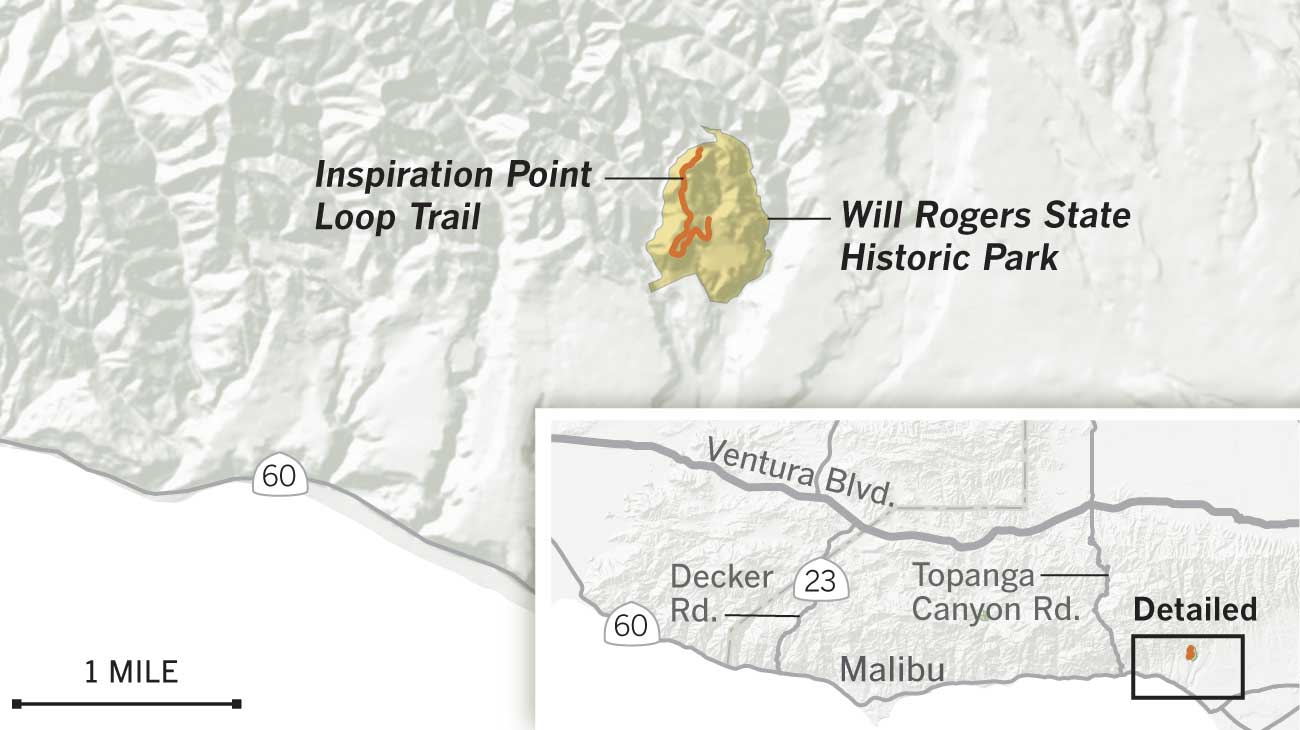 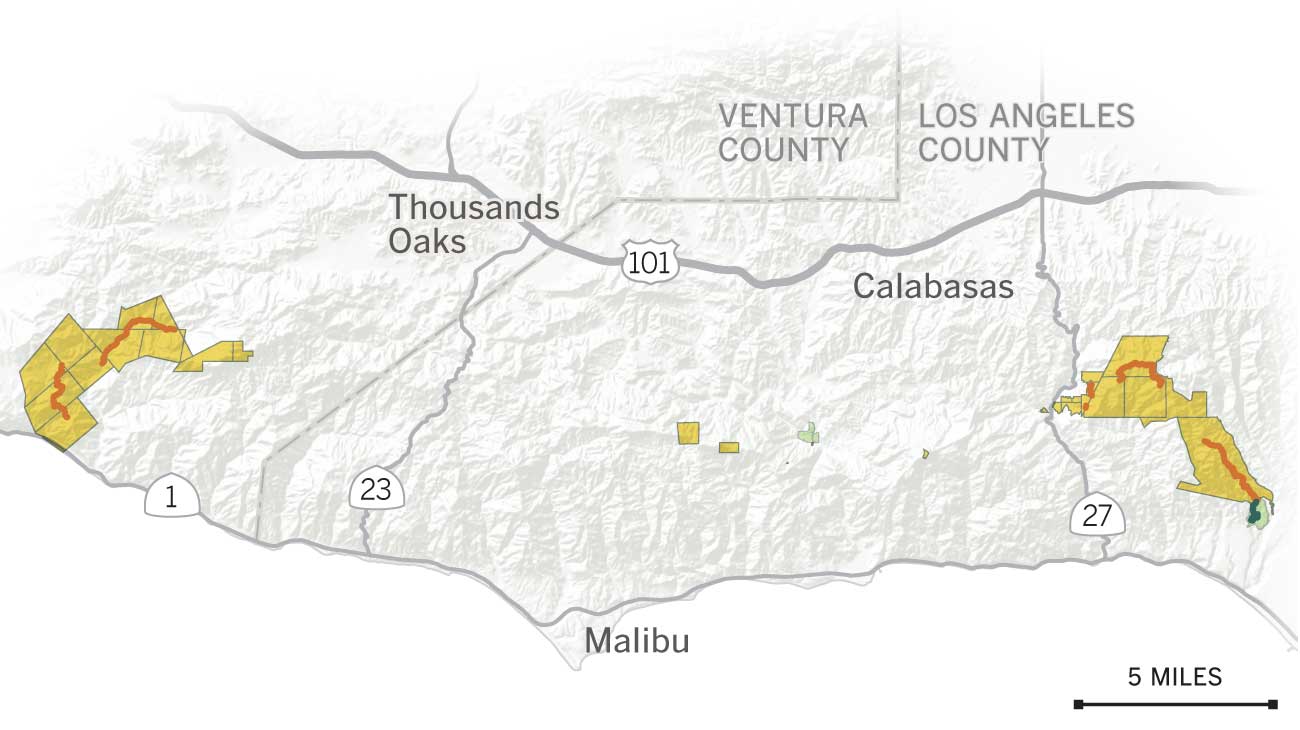 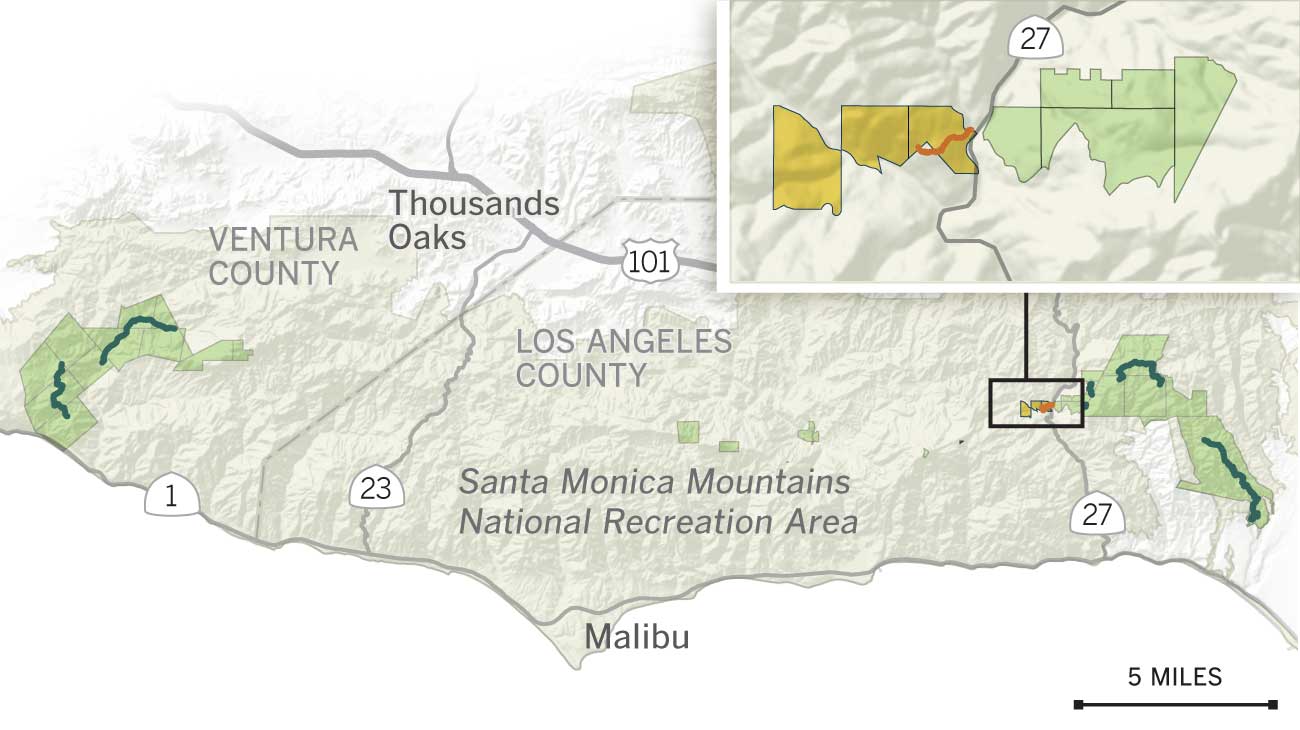 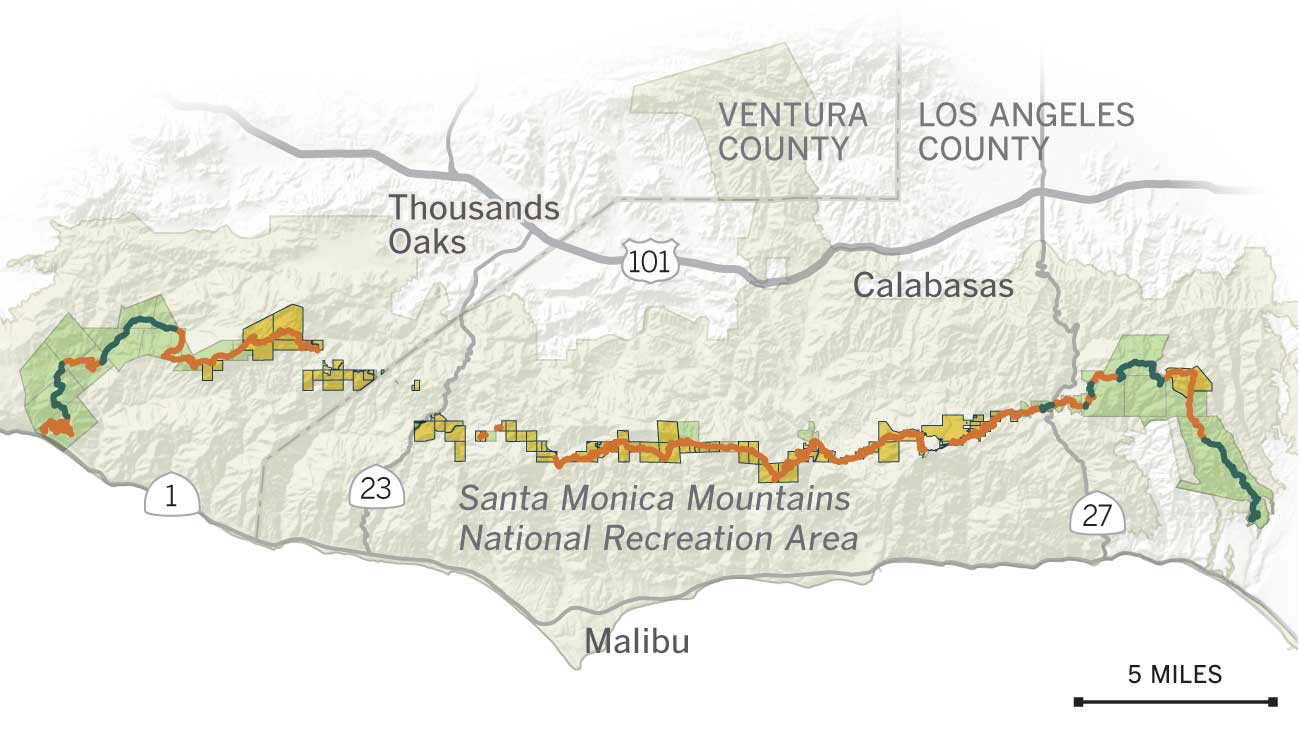 Further land acquisitions allow for the Backbone Trail to be extended from Will Rogers state park to the Zuma Ridge Motorway in the Zuma-Trancas Canyons. National Park Service builds segments of trail in the canyons area, and additional purchases extend the western route to Circle X Ranch. 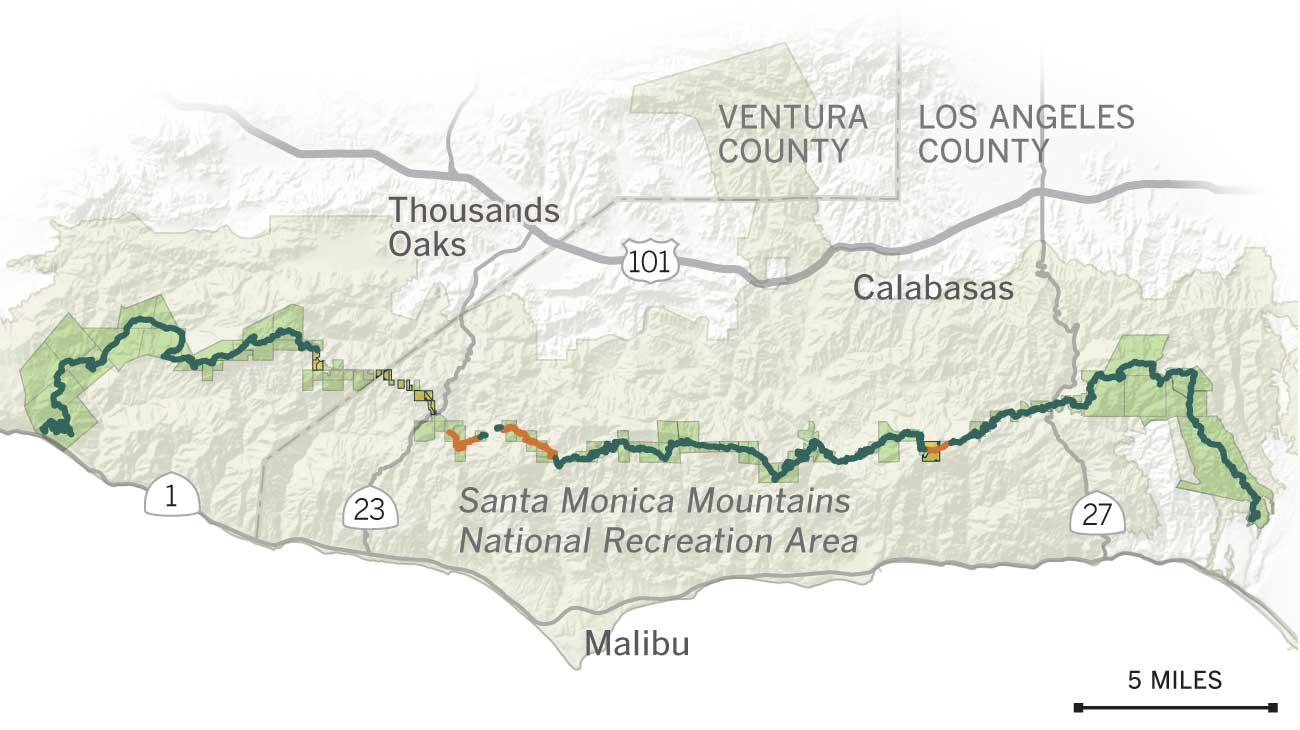 National Park Service builds eight miles of trails between Encinal Canyon Road and the Mishe Mokwas trailhead at Circle X Ranch. The Backbone Trail is established with significant gaps in Trancas Canyon and along the Etze Meloy Motorway. 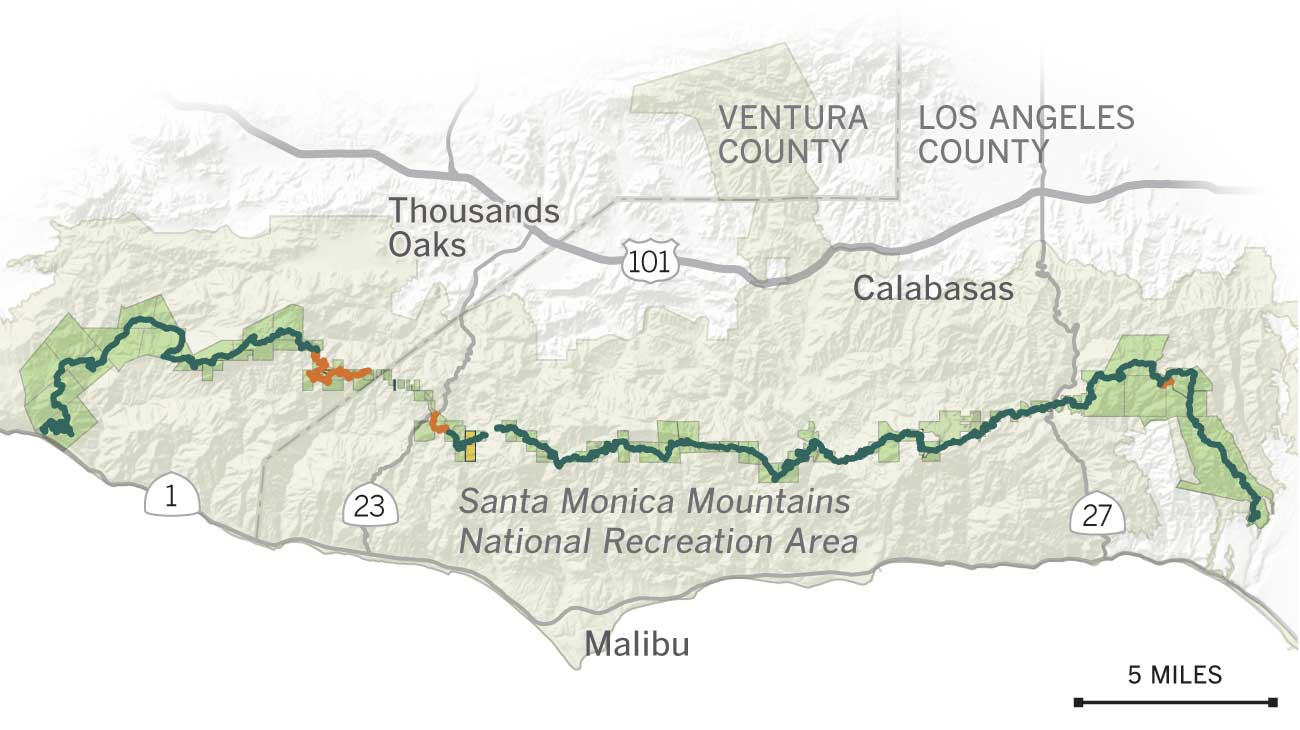 National Park Service receives grant money from Los Angeles County to purchase the properties that will complete the Backbone Trail. 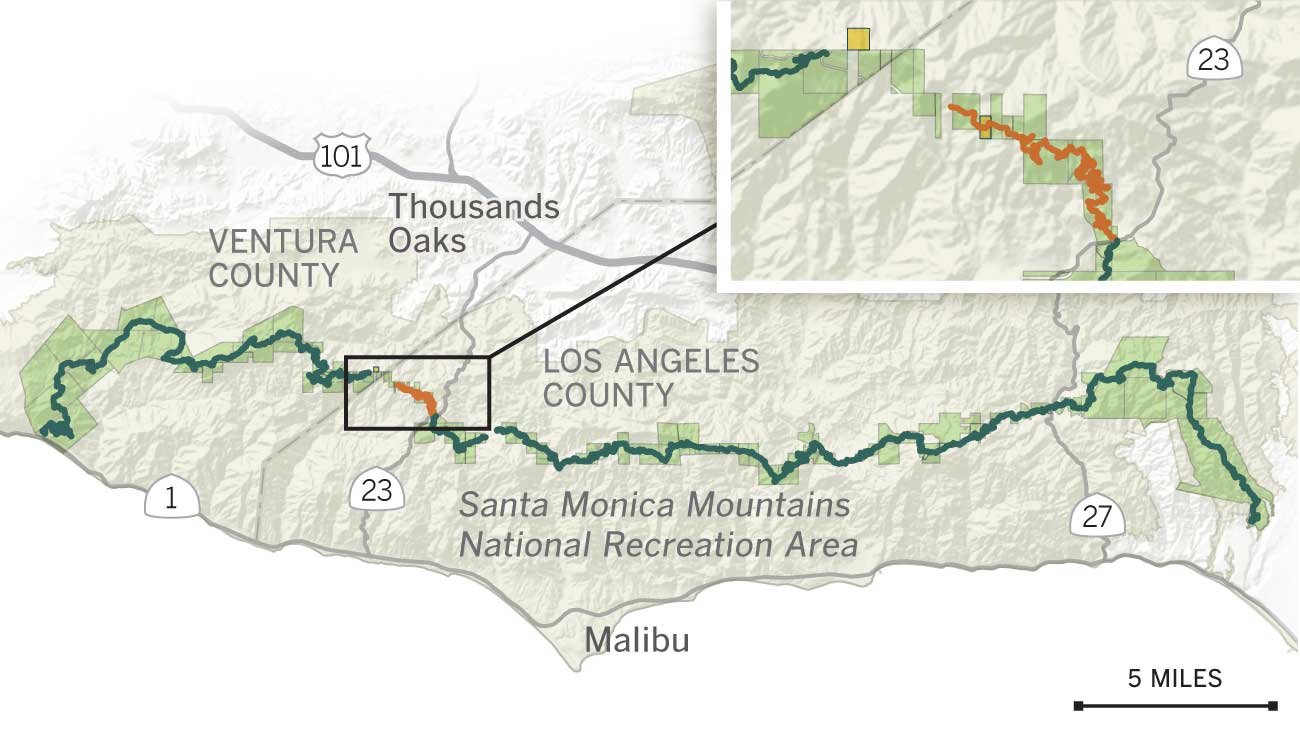 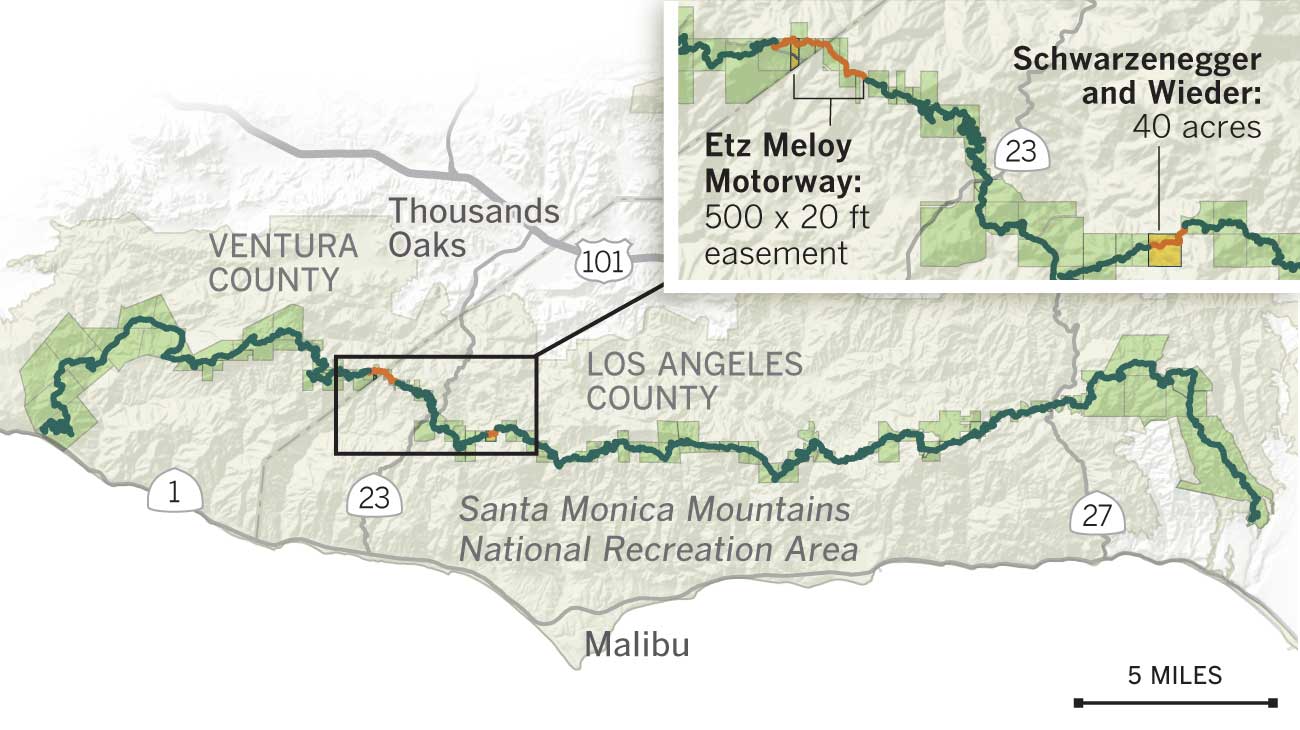 Thomas Curwen
Follow Us
Thomas Curwen is an award-winning staff writer for the Los Angeles Times, where he has worked as editor of the Outdoors section, deputy editor of the Book Review and an editor at large for features. He was part of the team of Times reporters who won a Pulitzer for their work covering the 2015 terrorist attack in San Bernardino, and in 2008 he was a finalist for a Pulitzer Prize for his story about a father and daughter who were attacked by a grizzly bear in Montana. He has received a Rosalynn Carter Fellowship for mental health journalism and was honored by the Academy of American Poets.