The headline-grabbing revolutions that gripped the Middle East in early 2011 brought the promise of an “Arab Spring,” a new dawn for democracy in a region with a history of autocracy. But the real result, as it turned out, was in many cases almost the opposite: a wave of violence, repression and civil war. One shining exception has been Tunisia. That Northern African nation’s peaceful transition from Islamist rule and adoption of a new democratic constitution brought important recognition to four civil society groups that have worked to achieve peaceful political dialogue: the prestigious Nobel Peace Prize. 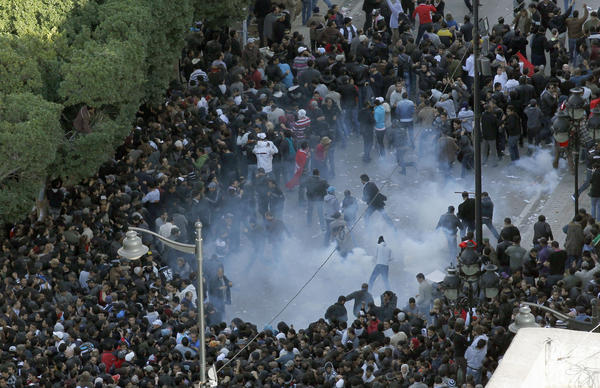 Produce seller Mohammad Bouazizi cried out for relief from the oppressive life inflicted on Tunisians by taking his own in December 2010. His death from self-immolation was an act of desperation focusing on the lack of opportunity in a country ruled by corrupt autocrat  Zine el Abidine ben Ali  for 23 years. The suicide sparked a month of pro-reform protests that drove Ben Ali, his wife and much of his entourage to flee abroad. The ex-ruler was convicted in absentia of embezzlement and other charges  in June 2011 and sentenced to 35 years in prison.  Unemployment still afflicts at least 15% of Tunisians and the country has been the target of Islamist extremists bent on thwarting the Arab Spring’s most peaceable and inclusive political transformation. Presidential and parliamentary elections last year brought to power a coalition of secular and Islamist leaders collaborating – unlike elsewhere in the region – in strengthening pluralism and development to build on the accomplishments of the revolution.

EGYPT: One brand of autocracy and turmoil replaces another, and another 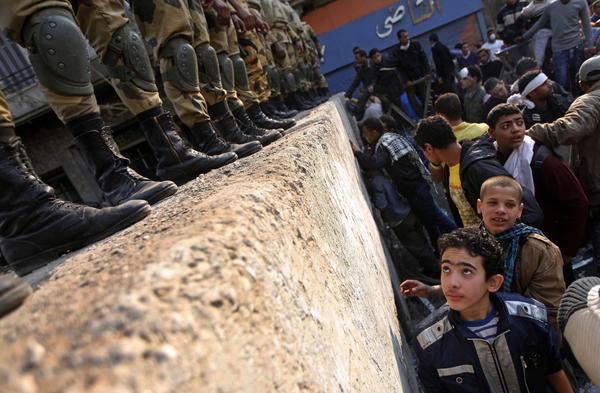 Massive protests in Cairo’s Tahrir Square in the late winter and spring of 2011 cast a spotlight on the brave face of young Egyptians demanding an end to the 30-year rule of strongman Hosni Mubarak, who was forced to resign after weeks of violent protests in February 2011. A military-led interim leadership was succeeded by election of Muslim Brotherhood leader Mohamed Morsi in 2012, whose imposition of Islamist rule spurred counter-protests by former Mubarak government supporters and secular Egyptians. Constant turmoil  and terrorist acts devastated Egypt’s vital tourism industry and led to the popularly supported coup that brought Gen. Abdel Fattah Sisi to power in 2013.  Mubarak, 87, is confined to a military prison hospital and facing a potential third trial on corruption and murder charges. Morsi also languishes in prison awaiting appeal of his death sentence for plotting a 2011 prison break that freed 20,000 convicts, many of them Brotherhood members who helped fuel the protests that brought down Mubarak. Sisi won election to the presidency in May 2014 but his government has postponed parliamentary elections in the Arab world’s most populous country, one still roiling in unrest and dissatisfaction with the fruits of the revolution. 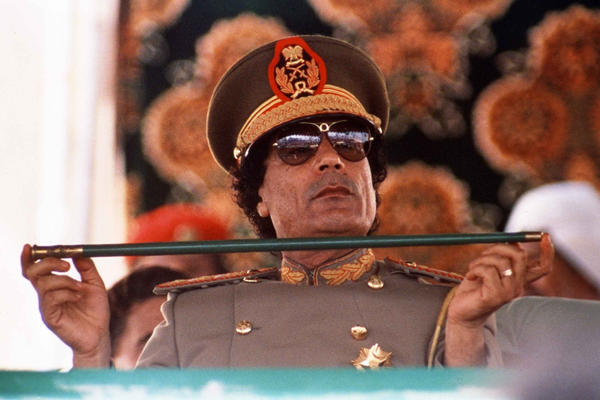 Inspired by the ouster of long-reigning autocrats elsewhere in the region, Libyan rebels of myriad political and sectarian stripes rose up against the erratic and dictatorial leadership of Moammar Kadafi in early 2011. Backed by a seven-month-long campaign of NATO airstrikes, the rebel militias captured and killed Kadafi in October 2011, ending his 42-year domination of the oil-rich North African nation but igniting a bloody power struggle that afflicts Libya and its 6 million citizens to this day. Rival governments in Benghazi and Tripoli have both failed to restore order, leaving Libya fertile recruiting ground for Islamic State and other militant groups. Amid the lawlessness, human smugglers have made Libya’s Mediterranean Sea ports the hub of their trafficking of desperate Syrian migrants. 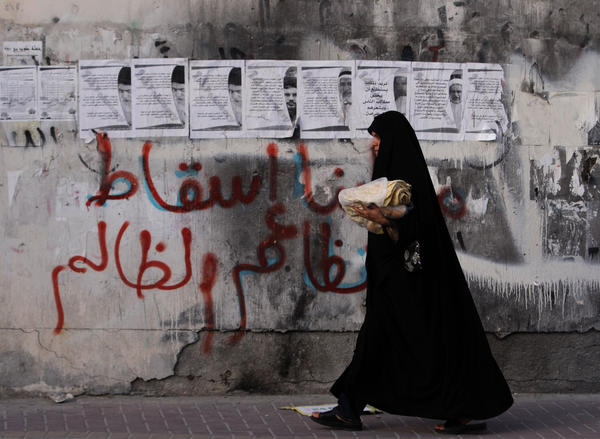 A woman passes a wall on March 24, 2011, in Karkazan, Bahrain, where graffiti reads “our demand is the fall of the unjust regime.” (Hasan Jamali / Associated Press)

The demands for more participatory government spread from North Africa to the tiny island emirate of Bahrain in February 2011, drawing hundreds of young protesters, mostly of the Shiite Muslim majority, to demonstrations against the political and social strictures of the Sunni monarchy. Riot police responded with tear gas and rubber bullets, and at least 50 protesters were killed before opposition demonstrations were outlawed in 2012 and only modest reforms considered. While the United States was supportive of most Arab Spring uprisings, Washington said little to encourage the protesters’ demands for release of political prisoners and investigation of corruption and torture – apparently reluctant to offend the ruling Khalifa family that has hosted the U.S. Navy’s Fifth Fleet for decades.

YEMEN:  An uprising against poverty and corruption replaces it with war and chaos 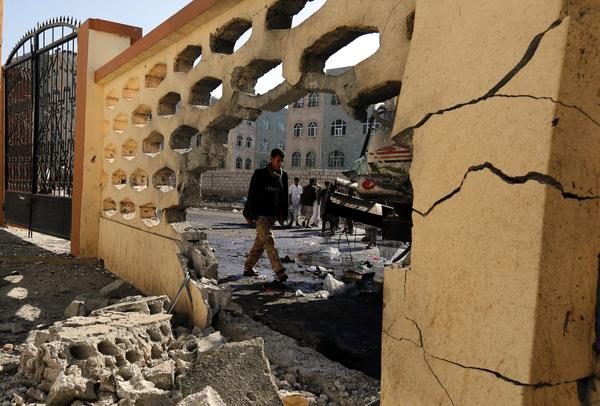 A Houthi militiaman passes the site of a suicide bombing in the Yemeni capital, Sana, on Oct. 7, 2015. (Yahya Arhab / European Pressphoto Agency)

Poverty, corruption and the indifference to widespread suffering during the 33-year rule of President Ali Abdullah Saleh lured Yemenis into the Arab Spring revolutions in January 2011, driving the autocrat to flee a year later. Longtime rival Abdu Rabu Mansour Hadi was elected president in 2012, but reform and stability have been elusive amid the remains of Saleh’s military allies in the country, Al Qaeda’s most active terrorist franchise and a rebellion by the Iranian-backed Houthi minority that last year seized control of the capital, Sana. Hadi’s government, which had been collaborating with U.S. intelligence in the campaign to drive out Islamist militants including Al Qaeda in the Arabian Peninsula, has been forced into de facto exile in the port city of Aden. CIA and U.S. military drone strikes have killed  some key extremists holed up in Yemen, most famously American-born Muslim cleric Anwar Awlaki in 2011. But the conditions that sparked revolution nearly five years ago persist and sectarian fighting has taken an even deeper toll on the country’s battered infrastructure and economy. 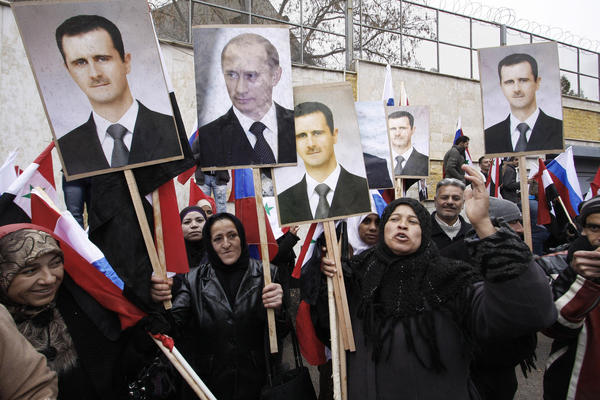 While most of the Arab Spring revolutions accomplished little more than deposing one repressive leader to be followed by another, Syrians have failed in their nearly five-year battle to oust President Bashar Assad. What began as political opposition rallies against the 40-year-old dynastic rule that began with his father, Hafez Assad, escalated into armed rebellion with the Damascus government’s brutal crackdown on dissent. U.S. and other Western states backed what were moderate rebel groups in the early months of the civil war that broke out in March 2011 and attracted Sunni militants from across the Arab world to the fight against Assad’s Shiite-affiliated Alawite minority. Islamic State extremists have proclaimed a medieval-style “caliphate” across half of Syria and huge areas of neighboring Iraq and threaten to overrun the major city of Aleppo and potentially the capital soon after. That looming debacle has prompted Russia to intervene in the multinational and uncoordinated bombing campaign against the militants in an effort to shore up Assad, a longtime Kremlin ally. An estimated 250,000 Syrians have been killed in the conflict and U.N. officials say half the country’s 24 million citizens have been driven from their homes.

Carol J. Williams is former senior international affairs writer for the Los Angeles Times. A foreign correspondent for 25 years, she has won five Overseas Press Club awards, two Sigma Delta Chi citations and was a 1993 finalist for the Pulitzer Prize in international reporting. She has served as Times bureau chief in Budapest, Vienna, Moscow, Berlin and the Caribbean. A native of Rhode Island and irrepressible Red Sox fan, Williams speaks Russian, German, French and Spanish, and has reported from more than 80 countries. She left The Times in 2015.