Reading reviews for craft beer is never as straightforward as you might hope. Often would-be helpful authors of beer reviews toss around a lot of terminology that can be more confusing than illuminating. There are a few descriptors in particular that crop up often in beer writing, and clarifying these seven terms can go a long way toward communicating what a beer will actually taste like. One caveat: Take reviews with a grain of salt and learn to trust your senses when tasting.

A clean beer is one free of flaws and distracting off-flavors, and it is also commonly applied to describe styles with subdued fermentation flavors. An earthy, peppery saison or farmhouse ale is the antithesis of clean, though, in those cases, it isn’t a bad thing. Lagers such as pilsners and Oktoberfests should be clean and free of the fruity esters common to ales. American pale ales and India pale ales, while showcasing some yeast-driven fruit flavors, are relatively clean compared with other ale styles. Pilsners are the quintessential clean and dry beer. (Julie Verive / For the Los Angeles Times)

Dry is a simple term that's misused with terrible frequency. As with wine, dry simply describes the opposite of sweet. Specifically, a dry beer is one that is well attenuated: The yeast did a very thorough job consuming the sugars in the brew and didn’t leave much to lend sweetness to the final beer. Styles such as Scotch ale and doppelbocks are known for their residual sweetness, while pilsners, West Coast-style IPAs, and many Belgian ales are defined by their very dry palate. 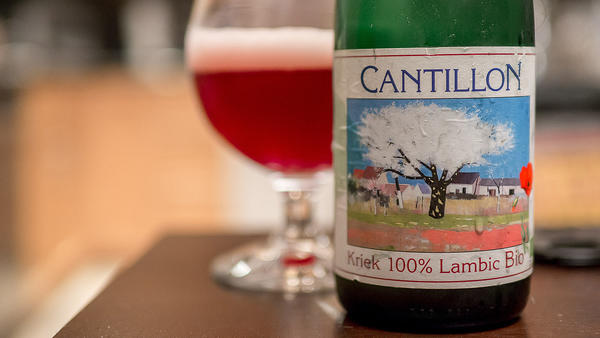 In addition to the alcohol and carbonation that brewer's yeast creates while it consumes sugars during fermentation, the yeast also makes many other chemical byproducts that give beer its complexity. The various phenols — chemical compounds that also give chiles their spice and mint its zing — can add pleasant notes of banana or clove to a hefeweizen or Belgian witbier, or the less pleasant aromas of a medicine cabinet or burning hair can turn up if a brewer is not careful. Belgian ales are often pleasantly phenolic, but it is considered a flaw anytime these flavors distract from the rest of the brew’s flavor profile. 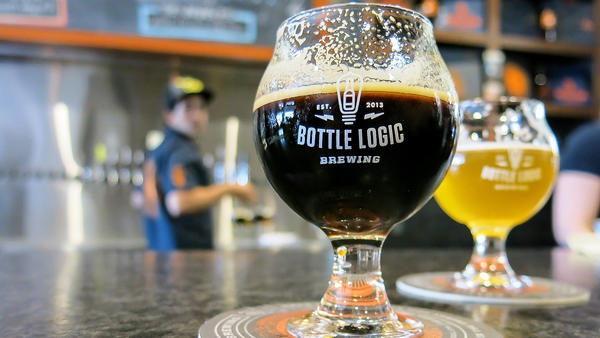 Creamy stouts are often made with oats. (Julie Verive / For the Los Angeles Times)

4. 'Creamy' is great for dessert. But for beer?

A description of the texture of a beer, creaminess contributes to “mouthfeel” and body, and also helps you detect a sip’s temperature, carbonation level and even spiciness. The smooth, sometimes slippery impression of sipping a creamy beer is created by the brew’s protein structure. Beers made with certain grains such as oats or rye contain more glucans — a carbohydrate that increases the perception of velvety smoothness. It’s why oatmeal stouts have such a pleasingly creamy texture, and why many brewers sneak a bit of rye into their IPAs.

While there is the occasional beer made with chiles, the most common reason a beer is described as hot is the alcohol content. While the subtle warming in the chest and throat can be a desired aspect of certain high-alcohol brews (there’s a whole style of “winter warmers” prized for this very characteristic), calling a beer “hot” is almost always a criticism. It points to a lack of balance, and can even denote the presence of fusel alcohols — higher alcohols that are unwanted fermentation byproducts, usually from poor brewery controls.

Reviewers can use “soft” when describing many aspects of a beer’s flavor profile, and that makes the term particularly troublesome. Most often it describes the level of carbonation, and a softly carbonated beer is less fizzy and a little sweeter. It doesn’t mean flat or still, just a less aggressive carbonation like you’d find in English ales and beers served from a cask. Soft can also refer to the minerality of a beer, where it’s the opposite of a “hard” brew with a higher mineral content. A beer with a soft finish has a bitterness that can still be very present, but it’s often described as rounder. A mellow, even bitter finish without harshness is often called soft, and German helles lagers or doppelbock are often called soft. 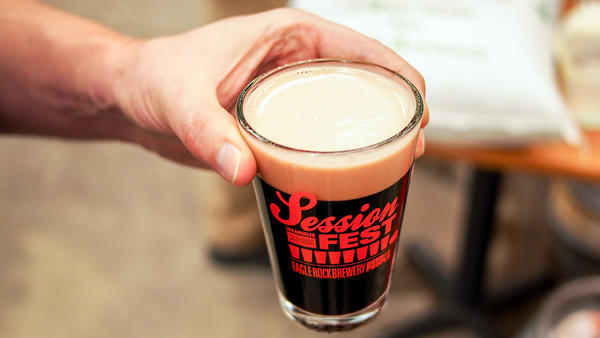 Eagle Rock Brewery Solidarity is both dark in color and light in body. (Julie Verive / For the Los Angeles Times)

7. I'm not cutting calories. So why would I want a 'light' beer?

Perhaps the most confusing tasting term used when talking about beer, light can refer to a beer’s color, its body, its alcohol strength, or even its volume of flavor. It also can refer to a style of American lagers brewed to be low in all of those characteristics. It’s most useful as a descriptor of a brew’s body. Styles such as session IPAs and German pilsners are designed to be light in body. It’s important to remember that color has nothing to do with a beer’s texture, and it is possible (and in fact quite enjoyable) to have a dark light beer. Try Eagle Rock Brewery’s Solidarity black mild for an example of this.

Craft beer is now a $6.5-billion industry in California