A food industry veteran on the ties between race, culture and cooking

A former opera singer turned restaurateur, Alexander Smalls is the author of “Meals, Music, and Muses: Recipes from My African American Kitchen,” written with Veronica Chambers, which was released in February.

After winning a Grammy and Tony Award for the cast recording of “Porgy and Bess,” Smalls went on to open a string of successful restaurants in New York City, including the Cecil, named best new restaurant in America by Esquire in 2014.

Last year he received a James Beard Award for his cookbook “Between Harlem and Heaven: Afro-Asian-American Cooking for Big Nights, Weeknights, and Every Day,” co-written with JJ Johnson and Chambers.

Recently, I spoke with Smalls, 68, about his career and thoughts on the recent protests and their connection to the food industry.

Full disclosure: For his latest cookbook, I worked with Smalls on the recipes. We’ll be discussing the book via Zoom for an event hosted by the Chinatown cookbook shop Now Serving LA on Wednesday. (Sign up here.) 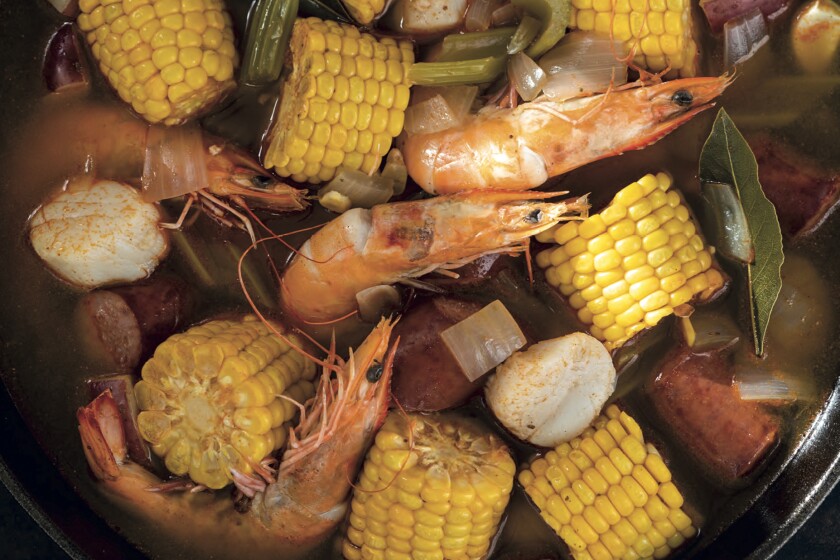 This conversation has been condensed and edited.

You opened Café Beulah in 1994. What was the response?

I was making contemporary modern Southern food. But I was making a point by not calling it soul food: Every time a Black person is in the kitchen, it doesn’t automatically make it a soul food restaurant. Damn the stereotype. The accolades people so easily bestow on European fine dining should not be proprietary. Black chefs making the cuisine of their elected choice is a right, whether it’s Italian or the Southern food from which they came.

As an African American man trying to break into classical opera, I was stopped at the glass ceiling. I realized that not only was I unlikely to be given a seat at the table, but I needed to own the table. I couldn’t build an opera house, but I could own a restaurant.

You mention in the book that you see African American food and music as nurturing hope and connection. What role do they play in the struggles that are happening now?

Food and music are not only my tools, but also my weapons and my context. As a young boy working in the garden with my grandfather, who was born to enslaved parents, the stories of his elders and traditions echoed in my ears. His parents worked the land in South Carolina and gave him reverence for the land. That mirrors historically who we are as descendants of enslaved African people who were systematically kept out of the prosperous benefits or endowments of what white Americans were able to enjoy. Our food, our culture, our music were all we really had. We didn’t own anything else. We were not allowed to.

There’s been a larger conversation happening about cultural appropriation, white restaurateurs or cookbook authors making money off of other cultures. How do you see that issue affecting the African American community?

Corporate America has never thought twice about putting Aunt Jemima or Uncle Ben on a box and appropriating that image to create a particular concept where Black people do not benefit. It’s the Paula Deens of the world who hire tons of Black people and use their recipes to build wealth and power. This is an old adage, this has been going on for 400 years.

As James Baldwin said, if you are just mildly conscious in America, you’re always in a state of rage as an African American. There is no medication to assuage the fact that everything that you are or have created has been taken from you and repackaged for the benefit of something bigger than you. And adding insult to injury, it’s sold back to you.

Where do you think the industry stands now on representation and equity for African American and BIPOC communities?

Equity is not possible when being Black is not equal. But a semblance of equity is created when you own your own business. Equity is about equal power, access to capital and ownership.

And then there’s this elite tier of the industry where Black people have historically been kept out. Some chefs of color have gotten in, but you have to sell your soul to become the product they need you to be. If it doesn’t go with what they want to sell, then they won’t engage you.

With respect to representation, when the culture became all about celebrity chefs, kitchens started to look like Polo Ralph Lauren [photo] shoots. Everybody was white. The Blacks had been pushed out. This country went out of its way to create the illusion, the impression that Black people didn’t know how to cook. It went from a domestic position to a professional one. It went from a few dollars a week to hundreds to thousands of dollars and celebrity.

The last time I was the only Black person on a panel and asked the question, “Why are there not more Black chefs?” I looked at the white panelists and said, “Maybe my associates would like to take a stab at it.” So this chef goes, “Well, you have to understand, it’s difficult to be a chef. It takes a lot…” And he went on. And I’m going, you are telling this predominantly Black audience that they’re too stupid? That’s why there are no Black chefs? I was horrified. This was in 2014. We don’t have to go back that far.

What would you like to see change, particularly in the food world?

What I’d like to see is corporate America engage in the healing of the disparities and inequities for people of color. One of the biggest things that frustrates me is that there is not a major African American food company. We are the most important component of the culinary and agricultural industry in the foundation of this country. We built it.

If you put the ingredients and flavor profiles of what the African diaspora has contributed, it’d be easy to put together a food company that celebrated that legacy and tradition. Not just in a new restaurant; we’ve got to be in the conversation in a bigger way. Kroger or Whole Foods or any of these corporations, they could tear a rib out of their rib cage and make that happen because it’s the right thing to do.

For consumers who are allies in the movement, what can they do?

What we can do individually is support BIPOC businesses, utilize them.

For chefs who are writing books, feature their books, bring them into the forefront of what’s going on — value the African American experience. Why should African American restaurants and food concepts be looked upon as second class?

I am very proud of those who have been recognized, myself included. Because there are so many who have gone unsung before because of racism, I often worry that the impression is flawed when what’s implied is that a particular Black person is the first. That delusion is just crazy. For food organizations and media, their reference and context limit their ability to understand that first means the first allowed to win [awards]. “Oh, this is the first black chef ever.” Go sit down. Are you kidding me? There’s just so much wrong with it. There’s a lot that’s right with it too. Bottom line: I am happy that recognitions exist, if for no other reason than to bring attention to an important subject and overdue recognition. 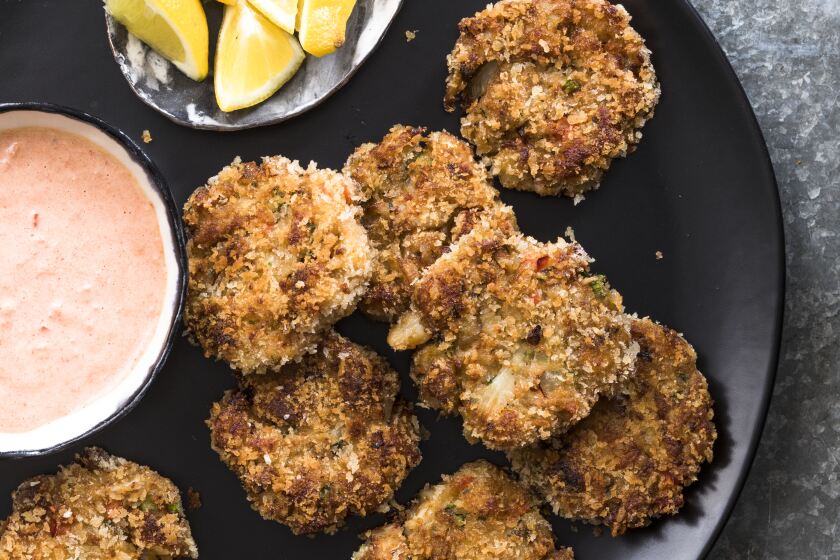