Hiking Kenneth Hahn to surprising views and a glistening gem

This is a surprisingly lush walk in the unlikeliest of places — off La Cienega Boulevard, surrounded by barren hills dotted with rusted oil pumping equipment. But within the 308-acre Kenneth Hahn State Recreation Area are broad lawns, groves of eucalyptus, sumac and oak, several lakes, a rushing stream and a Japanese garden. And perhaps the best city views in Los Angeles.

Begin your walk at the first parking area on the right after the entrance kiosk. Walk downhill and to the right of the first lake, then follow the walkway as it traverses the stream coming down from the second lake.

Follow the park driveway as it curves past the community center, then continue on a paved sidewalk to the top of the hill. 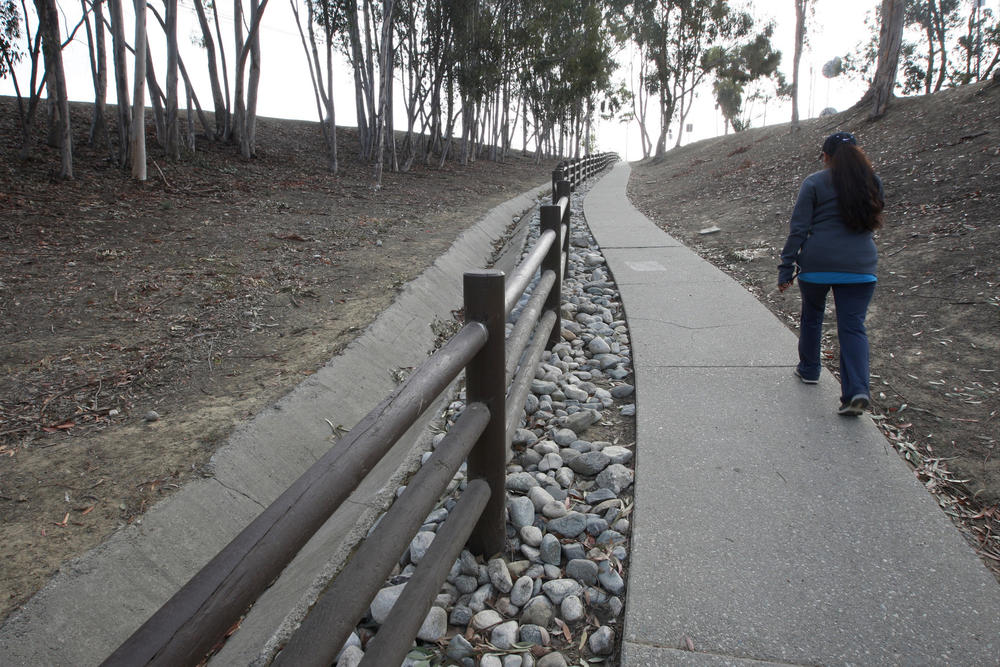 A woman walks from the community center up toward the Bowl Loop. The bowl at the park was formed by a dam disaster in 1963. (David McNew / For the Los Angeles Times)

Straight ahead is the Bowl Loop, a wide dirt path circling a broad, grassy hollow. The bowl is what remains of a reservoir that once held 290 million gallons of drinking water — until December 1963, when the Baldwin Hills Dam collapsed, killing five people and destroying hundreds of homes in the neighborhoods below. 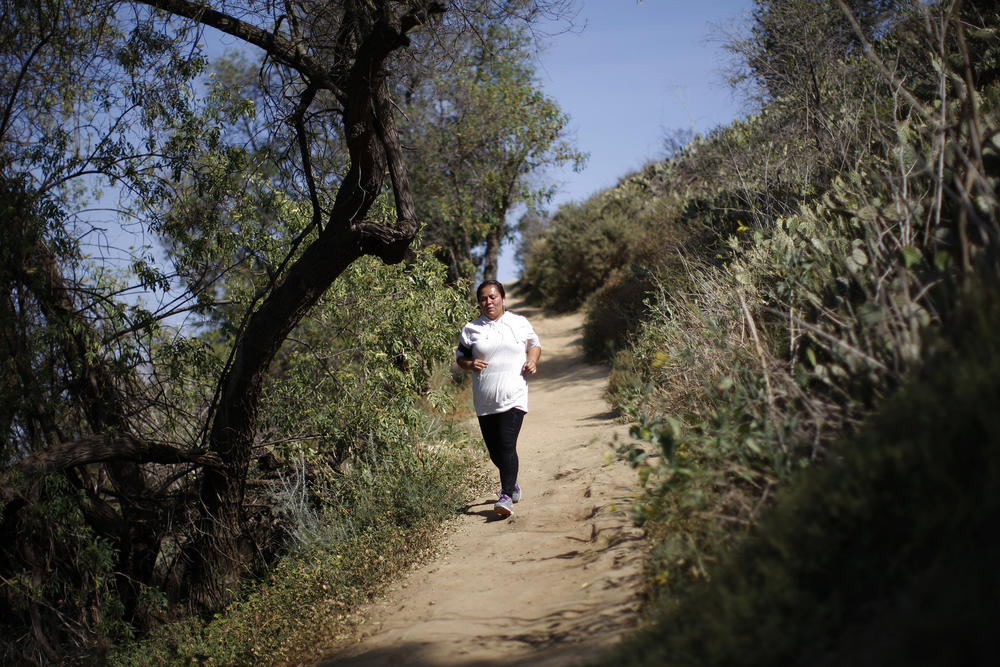 When you’re on the other side and have walked about half of the Bowl Loop, bear right onto a smaller path, known as Dante’s Trail, and follow it downhill through bunches of cactus. Stay right through a series of switchbacks. As the trail flattens, go straight ahead through a grove of low-growing California pepper trees, heading for a shaded rest area at the trail’s apex.

The park offers sweeping views of the city. (David McNew / For the Los Angeles Times)

This is Autumn’s Peak, and the views are spectacular. Around you is a sweeping panorama, offering uninterrupted views of Palos Verdes, Los Angeles International Airport and Catalina Island to the south; Marina del Rey, Santa Monica and Point Dume to the west; Westwood, Beverly Hills, Century City, the Miracle Mile and Hollywood to the north; and downtown Los Angeles, Mt. Baldy and the San Gabriel Mountains to the east.

Head downhill, following the wide path as it approaches another shaded rest area. Just before this, veer right onto a narrower path, and follow this down through a series of switchbacks until you come to a T-intersection. Turn left, and continue down until you land at Randi’s Waterfall. 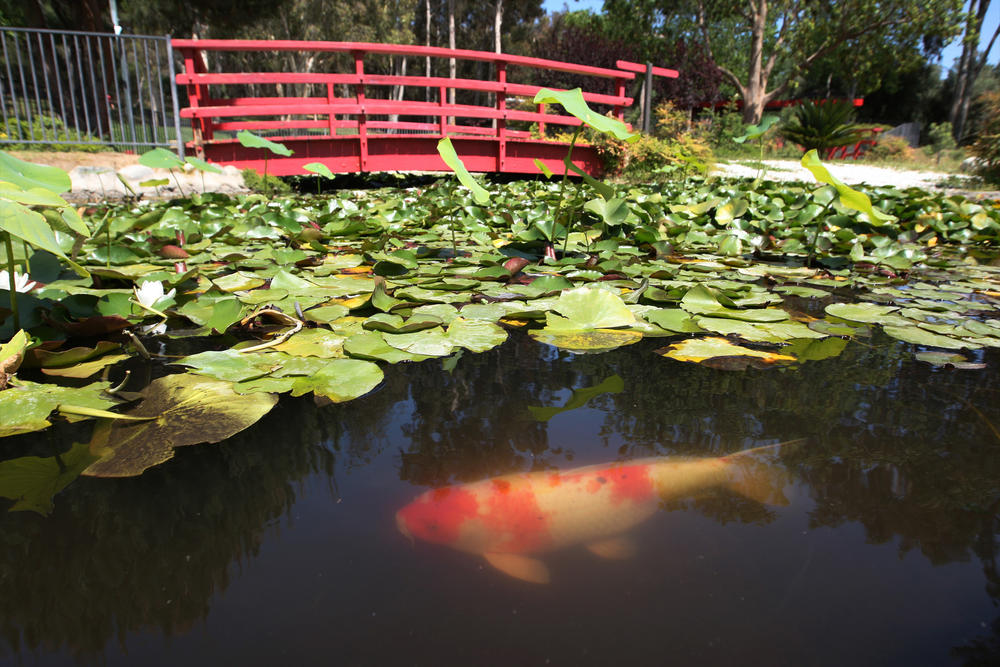 Koi swim near a bridge at Doris’ Japanese Garden. (David McNew / For the Los Angeles Times)

Walk beneath a red torii gate, and then another, to find a hidden gem of this park, Doris’ Japanese Garden, a pair of lotus-covered ponds connected by curved bridges. Leave the garden through a large gate protected by stone lions. Walk straight ahead past the parking kiosk to return to your starting point.