Climb the Music Box Steps ... without the piano

Silent film director Hal Roach made comedians Laurel and Hardy try to carry a piano up a steep flight of stairs in the 1932 short comedy “The Music Box.” The original staircase remains and bears the name of that Oscar-winning movie. The stairs and the short will be celebrated on Saturday with a “Music Box” film festival held in the park at the bottom of the stairs.

The festival runs from noon to 5 p.m. at Laurel and Hardy Park, 900 Vendome St., and includes three screenings of the 29-minute short “The Music Box,” free pizza and drinks, Laurel and Hardy look-alikes and a magic show.

While there, check out some other stairs and the filming site of another classic comedy short. Before reaching the Music Box Steps, hang out at the Laurel and Hardy Park on Vendome Street and Del Monte in Los Angeles’ Silver Lake neighborhood. (Cheryl A. Guerrero / Los Angeles Times)

Begin walking from just south of Sunset Boulevard, on Vendome Street, across from the triangular patch of green known as Laurel and Hardy Park. The staircase is marked with a plaque and street sign. Without a piano, it’s not such a tough climb — 133 steps with multiple landings.

At the top of the stairs, on Descanso Drive, take another short staircase to cross the divided street, then head uphill, to the left. 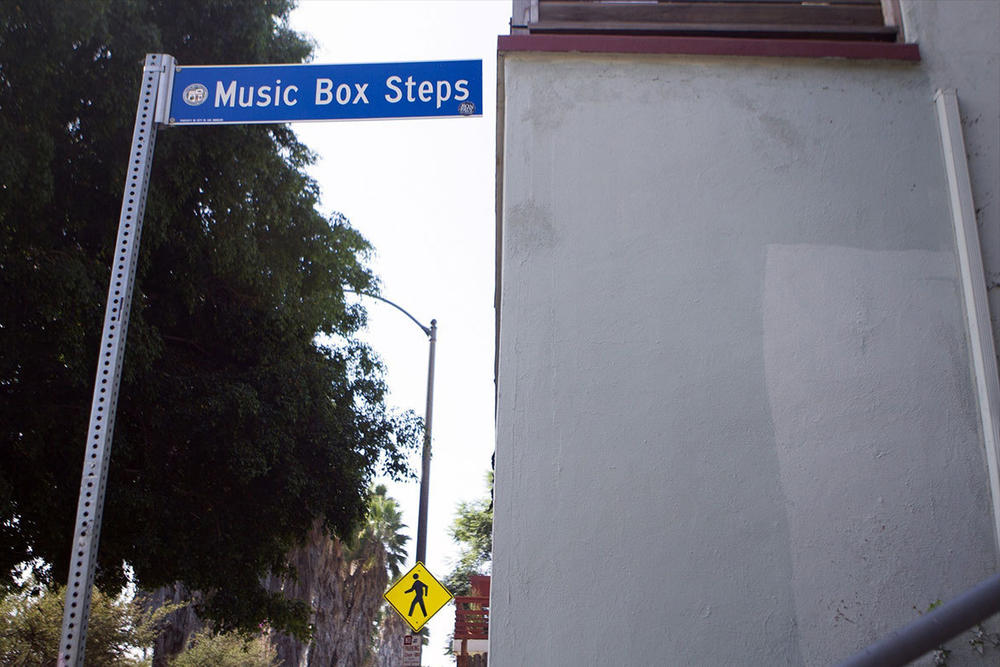 After relaxing at Laurel and Hardy Park, begin climbing your way on the Music Box Steps, named for the Oscar-winning 1932 short film that the comedy duo the park is named for. (Cheryl A. Guerrero / Los Angeles Times)

Walk past the intersection with Robinson Street, until you come to 3364 Descanso Drive. On your right, look for a staircase going down. This is the location of another, less-famous stair short, the 1945 comedy “It’s Your Move,” starring the slow-burn master Edgar Kennedy. 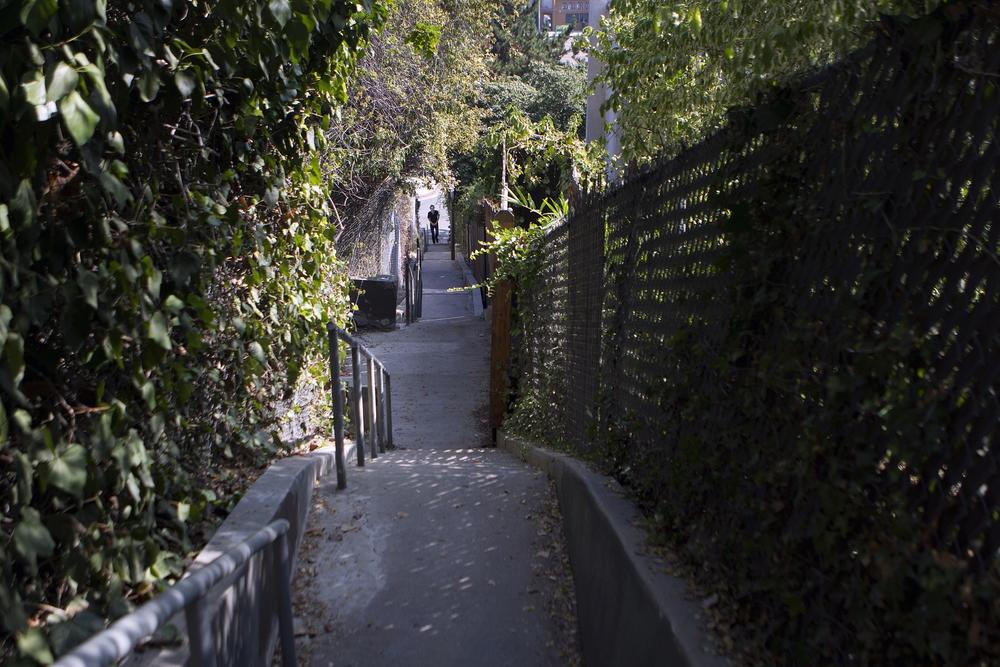 Once you get onto Descanso Drive, pass Robinson Street, approach 3364 Descanso Drive and head down a second staircase, with 139 steps. (Cheryl A. Guerrero / Los Angeles Times)

At the bottom of these stairs, 139 of them, turn left and walk uphill on Larissa Drive. About halfway up the hill, take the staircase near 3475 Larissa Drive and climb up 96 steps. (Cheryl A. Guerrero / Los Angeles Times)

Halfway up the hill, at about 3475 Larissa, you’ll see more public stairs entering from both sides. Take this set of 96 steps uphill, to your left, for a final climb. 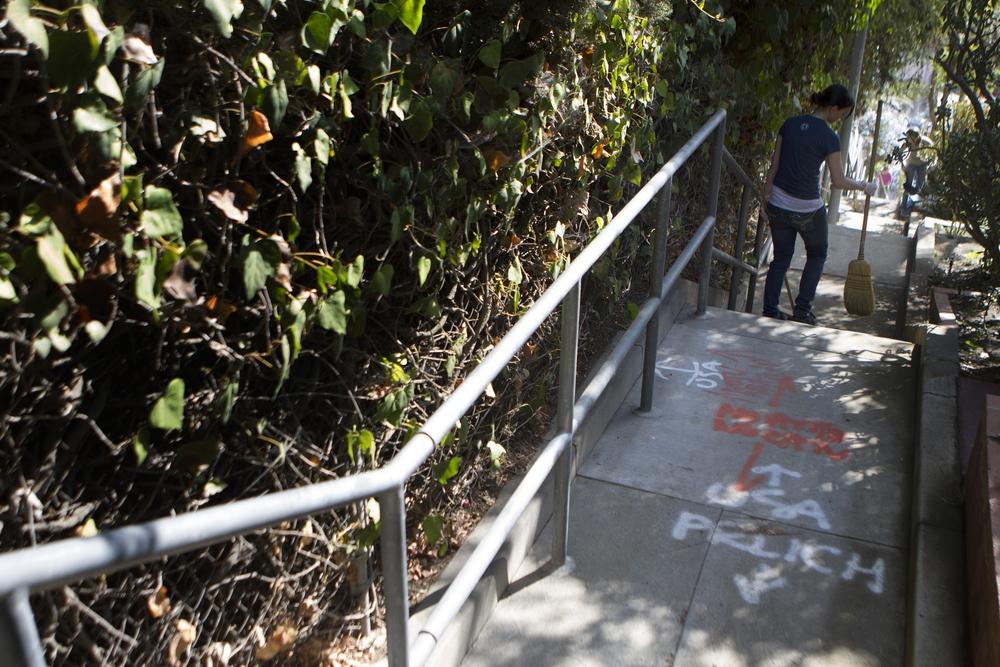 After walking up your final set of stairs, walk straight ahead on Micheltorena Street. At the first corner, turn left onto Descanso Drive. Stay to the right where the street divides and return to your starting point at the Music Box Steps. (Cheryl A. Guerrero / Los Angeles Times)

At the top of the stairs, walk straight ahead on Micheltorena Street. At the first corner, turn left, back onto Descanso. Stay to the right where the street divides. Watch for the Music Box Steps going down on the right side as the street begins to bend left. Go back down the stairs to return to the starting point.