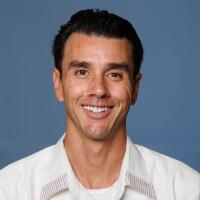 Curtis Zupke covers the Kings for the Los Angeles Times. He has covered hockey since 2006, for the Orange County Register, NHL.com and for The Times since 2015. His work has appeared in the Hockey News, Chicago Tribune and Minneapolis Star-Tribune, among other papers, and for Associated Press. Born and raised in the South Bay, Zupke has been a sports writer in Southern California since 1999. This isn’t his first rodeo because he once covered one in Anaheim.