Welcome to this weekend's Essential California newsletter. I'm Shelby Grad, California editor and your guide to the don't-miss stories of the week.

Silicon Valley leaders have been pressing for immigration reform, but Obama's plan doesn't do much to solve their problems. Tech companies want more temporary visas for high-skilled workers and a less cumbersome system for achieving "green card" permanent resident status. But that requires congressional action. Industry leaders say that although some individual workers will benefit from Obama's plan, it will do little for the wider tech economy.

In the Central Valley, some hoped that Obama would provide specific protections to farm laborers who are in the U.S. illegally. That didn't happen, though officials say the president's changes will keep some farmworkers from deportation.

California health officials have a right to cheer as cigarette sales continue to fall. But here's the twist: That means state health and child-welfare agencies that rely on tobacco taxes are losing money. Tobacco tax revenue totaled $835 million last year, a decline from $1.2 billion in 2000. The number of cigarette packs sold annually in California dropped from nearly 1.4 billion in 2000 to an estimated 871 million in the last fiscal year.

How to recoup the lost money? As Phil Willon and Melanie Mason report from our Sacramento bureau, officials are talking about taxing smokeless "e-cigarettes" and increasing existing tobacco taxes by $2 a pack. Also on the table? Taxing marijuana sales if California ultimately legalizes the commercial sale of pot.

The debate at the University of California appears to be moving from how the system takes in money to how it spends it.

In a week that included Obama's immigration announcement, there may be no other news story that generated more emotion in California than the UC Board of Regents' vote to increase student tuition. Under the plan students could pay as much as 28% more over five years.

Tuition has gone up before, but this time seems different. Amid the furor over costs, Gov. Jerry Brown raised a larger question about the future of the UC system, arguing that chasing after all-star academics from the Ivy League was not the right path. "This is not Wall Street. This is the University of California, and we ought to be different," he said. Brown wants a more in-depth look at UC spending, including whether costs can be reduced by using more online classes and consolidating academic program. Of course, costs for students keep going up in large part because state government is contributing less to the UCs than it did back in the cheap-tuition glory days. If the state provides more funding, it's possible that this tuition hike would be cut.

A sobering statistic from higher-education reporter Larry Gordon: Including various campus charges, room, board and books, the annual cost of a UC education tops $30,000 for California residents. 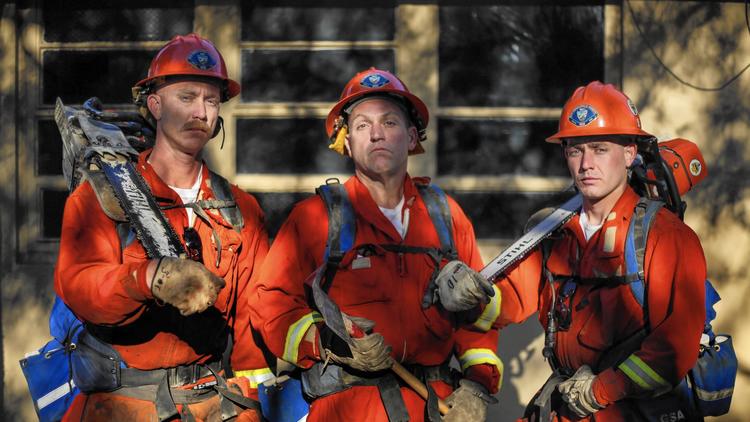 California continues to feel its way around the issue of reducing criminal sentences. Marisa Gerber looked at Proposition 36, the 2012 ballot measure that softened the state's "three strikes" sentencing law. The initiative has led to hundreds of offenders being resentenced. Now, the courts must decide what to do with hundreds of others who prosecutors believe have not been rehabilitated and remain a threat. Voters earlier this month approved Proposition 47, which reduces penalties for drug possession and other nonviolent crimes.

Interestingly, that decision has led to concern that California won't have as many prison firefighters, who save about $80 million in firefighting costs annually, according to the state.

Victoria Kim on how the slaying of a small-town mayor was about sex, lies and politics.

Kate Linthicum goes to the economically distressed desert town of Adelanto, which is banking on building more cells for inmates. The mayor says she's not trying to create a prison city, but her city needs the jobs. 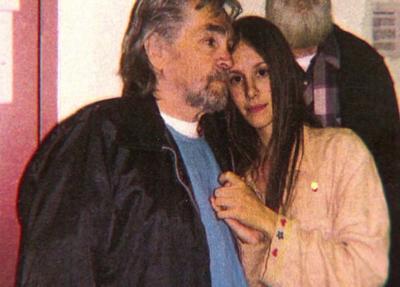 Charles Manson and his fiancee

Charles Manson isn't alone: Other notorious killers have married in prison, including the Hillside Strangler, the Night Stalker and Erik and Lyle Menendez.

The sex column, once a stalwart in college newspapers, is disappearing amid great focus on sexual misconduct on campus.

Byproduct of San Francisco’s tech boom: A jump in crime.

Forget jail time. Authorities are increasingly turning to public shaming as they go after johns in prostitution cases.

As you begin writing your Christmas gift list, Steve Lopez offers a sobering look at the lives of port trucks who get those items to you.

One thing not to be thankful for this coming week? By this measure, no one in the U.S. will face worse traffic the day before Thanksgiving that commuters in L.A.

Get essential California news delivered to your inbox every week: Sign up here