Half the country would be embarrassed if Donald Trump were president

Welcome to Trail Guide, your host through the wilds of the 2016 presidential campaign. It's Tuesday, Dec. 22, and here's what we're talking about:

Photo from the trail: Hillary Clinton in Fairfield, Iowa

A smaller field is likely for the next GOP debate

The next Republican presidential debate seems likely to feature six or seven candidates, rather than the nine who crowded onto last week's stage.

Fox Business Network, which is hosting the Jan. 14 debate in South Carolina, announced on Tuesday the criteria it will use for picking who gets invited.

To be on the main stage, a candidate will have to place among the top six in national polls or the top five in polls of either New Hampshire or Iowa, the states that hold the first two contests of the nominating season.

The final choices will be based on the five most recent polls released by 6 p.m. Jan. 11 from organizations whose surveys meet Fox's criteria.

Based on the polling to date, the top six candidates nationally would be Donald Trump, Sen. Ted Cruz of Texas, Sen. Marco Rubio of Florida, Ben Carson, Gov. Chris Christie of New Jersey and Jeb Bush, the former governor of Florida.

John Kasich, the governor of Ohio, would have a good shot at joining those six based on his standing in New Hampshire polls. Sen. Rand Paul of Kentucky might make it onto the stage based on polling in Iowa.

The other candidates, who probably would include Carly Fiorina, Mike Huckabee, Rick Santorum and George Pataki, would be relegated to the undercard round.

A spat between Donald Trump and Jeb Bush continued on social media Tuesday.

Over the weekend, Bush called Trump a "jerk" while campaigning in New Hampshire.

Hillary Clinton’s campaign warned donors this morning that unless they ponied up quick, Bernie Sanders would out-fundraise the front-runner. Now, the Sanders campaign has responded. Simply put, they say the fundraising claim made by Clinton campaign manager Robby Mook is hogwash.

“We have no idea if we will raise more money this quarter than the Clinton campaign,” said the statement from the Sanders campaign. “Probably not.”

The statement goes on to boast how Sanders has more contributors than any campaign in history, and they are not high rollers. Most give less than $30 a piece.

Then this: “While we may or may not raise more money than the Clinton campaign, what is certain is that they will have more total money because they have established super PACs which are raising money from millionaires and billionaires.”

Ahead of Nevada visit, Bernie Sanders launches ad campaign in the state

Bernie Sanders, fighting an uphill battle for the Democratic presidential nomination, unveiled his first round of ads in Nevada on Tuesday, less than two months before the state’s nominating caucuses.

The television ad, titled “Real Change,” is set to air in Las Vegas and Reno – the state’s two major media markets – starting Wednesday until Jan. 3. The ad buy costing about $88,000, according to the Federal Communications Commission and the nonpartisan Sunlight Foundation.

The party’s front-runner, Hillary Clinton, won 50% support from Nevada Democrats in her 2008 caucus victory. Clinton has not started airing television ads in the state.

Sanders, Clinton and former Maryland Gov. Martin O’Malley will travel to Nevada next month to take part in a dinner hosted by outgoing Senate Minority Leader Harry Reid. Nevada is the only Western state to hold an early nominating caucus or primary. Sanders and Clinton have both invested in the state, opening campaign offices and hiring staffers.

In order to win Nevada, they must appeal to Latinos, a powerful voting bloc in the state’s Democratic caucuses. During campaign appearances in Nevada, each talked about the need for comprehensive immigration reform, including a pathway to citizenship for millions of people in the country illegally.

Sanders is scheduled to make stops in Las Vegas and Reno next week. 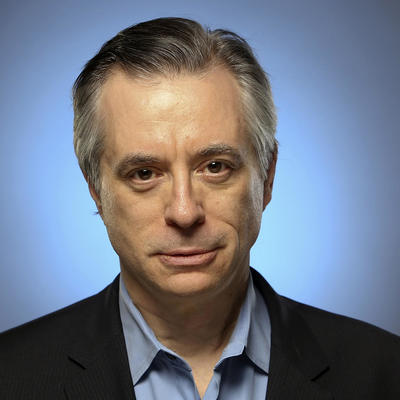 How about spending New Year's Eve with Donald Trump?

The Republican presidential front-runner is to be a featured attraction on Fox News' "All-American New Year" coverage hosted by Eric Bolling and Kimberly Guilfoyle, regulars on the network's daily talk show "The Five."

A Fox News spokesperson confirmed that Trump is set to appear via satellite "closer to midnight to ring in the new year."

Though Fox News Channel is the overall leader in cable news ratings, CNN has built a viewer habit on New Year's Eve, thanks to the pairing of comedian Kathy Griffin and anchor Anderson Cooper for its live coverage from Times Square in New York.

Hillary Clinton’s campaign is suffering from a familiar problem for a front runner so far ahead of the competition: donor fatigue and apathy.

Potential contributors to the campaign just aren’t seeing the urgency at the moment. So the campaign is seeking to jolt them into opening their wallets. It is warning that Bernie Sanders is on track to raise more money than Clinton this quarter, which ends on New Year’s Eve.

“Bernie Sanders' campaign is on track to outraise us this month,” says a pitch email signed by Robby Mook, Clinton’s campaign manager.

“They say they’ve brought in more individual contributions than any candidate has ever had at this point in a primary,” the email goes on. “That means two things: (1) more of his supporters are chipping in to fund his campaign, even though we know we have more support; and (2) when we go into our first contests in Iowa and New Hampshire, we might not have the resources we'll need to really compete.”

Such pitches, obviously, are not necessarily an accurate reflection of anxiety within a campaign. They are marketing messages. Their purpose is not to give a read on internal thinking but to motivate people to lay out cash. And it’s common for campaigns to lower expectations as the quarter comes to a close, so when things turn out to be not so bad, they can congratulate themselves on their unexpected success. The Clinton campaign has said it needs to raise $100 million to win the primary, and all indications are it is on its way to doing that.

That said, Sanders is, indeed, well positioned to out-fundraise her this quarter. Throughout the campaign he has had a substantially bigger network of donors, and each of them, on average, contributes much smaller amounts than those giving to Hillary Clinton. Many of the people she has targeted have contributed all they are allowed under federal law. Such people represent a much small share of Sanders' donors, who keep writing their smaller checks quarter after quarter.

Half the country would be embarrassed by a President Trump

Half of voters would be embarrassed to have Donald Trump as president, suggests a new poll that, yes, still has him leading the Republican field anyway.

Just 23% say they would be proud to have Trump in the White House, compared with the 50% who would be embarrassed, according to a new survey released Tuesday by Quinnipiac University. The rest gave no opinion.

"Can a candidate that half the American electorate thinks is an embarrassment win in November?" wondered Tim Malloy, assistant director of the poll.

Still, Trump commanded 28% support among Republicans surveyed, the most in the field and nearly unchanged from the last Quinnipiac survey, although Texas Sen. Ted Cruz, who's leading in the early-nominating state of Iowa, is at 24%.

The poll surveyed 1,140 registered voters Dec. 16-20 and the results have a margin of error plus or minus 2.9 percentage points.

Strategies for Bush, Christie and Kasich all depend on New Hampshire

New Hampshire, which traditionally holds the first presidential primary, has a history of unpredictability, resurrecting candidates given up for dead, spurning front-runners or elevating also-rans with late-developing shifts in sentiment.

In 2016, the three Republican contenders with the most to gain or lose are former Florida Gov. Jeb Bush, Ohio Gov. John Kasich and New Jersey Gov. Chris Christie, who share the same essential political makeup. All are pragmatically conservative problem-solvers running as the “serious” answer to the combustible -- and, they suggest, unelectable -- Donald Trump.