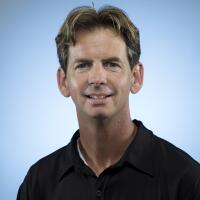 Photojournalist Allen J. Schaben began his career at the Los Angeles Times shortly after he earned his bachelor’s degree in journalism with minors in art and psychology at the University of Nebraska-Lincoln in 1994. His extensive work as a photojournalist has won him numerous awards in national and international competitions including the Pictures of the Year International, Society of Newspaper Journalists, National Press Photographers Assn., California Newspaper Photographers Assn. and the William Randolph Hearst Foundation. Schaben aims to make a difference in the world. In fact, in 2001, he was awarded a first place Ruben Salazar Award by the California Chicano News Media Assn. Schaben won the award for his photo essay “Mexico’s AIDS Crisis,” which covered the problem of Mexican immigrants who spread the HIV virus to their families upon return to their small villages. Schaben was also one of the Times staff awarded the Pulitzer Prize for coverage of the Southern California wildfires in 2004. He is an Eagle Scout and veteran of the U.S. Army Reserves. Schaben is married with two children.