California’s next governor: Who’s running, who’s on the fence?

Welcome to your guide to the 2018 California governor’s race. The election may be far away, but listening tours are already underway, political consultants are doling out advice and pundits are handicapping favorites and wildcards.

Here are the players to keep an eye on: 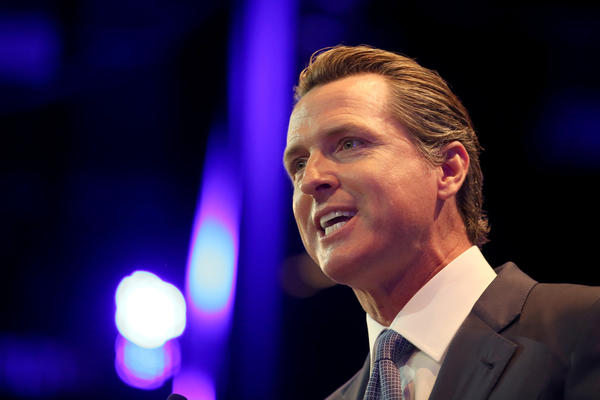 Top jobs: California’s lieutenant governor since 2010. Elected mayor of San Francisco in 2003 and reelected in 2007.

Biggest splash: Newsom, a Democrat, created a national firestorm as San Francisco mayor in 2004 when he ordered the city to issue same-sex marriage licenses.

Baggage: While mayor, he had an affair with his campaign manager's wife.

Particulars: Newsom, 48, lives in Marin County with his wife and four children. He is a graduate of Santa Clara University.

Newsom launched his campaign for governor in February 2015 and thus far is the only major candidate raising money.

Since announcing his bid, Newsom proposed a statewide initiative to toughen California gun laws and threw his support behind another measure to legalize the recreational use of marijuana. Both initiatives could go before state voters in November.

Newsom ran for governor in the 2010 election but dropped out of the race after the entry of Democratic rival Jerry Brown, who went on to win the election. He ran for the lower-profile lieutenant governor's office instead.

Newsom gained national attention when he was mayor of San Francisco for directing the city to issue marriage licenses to same-sex couples in 2004. The event was a catalyst for a nationwide political wrangle over the issue that ended when the U.S. Supreme Court affirmed the right of gays to marry in 2015. 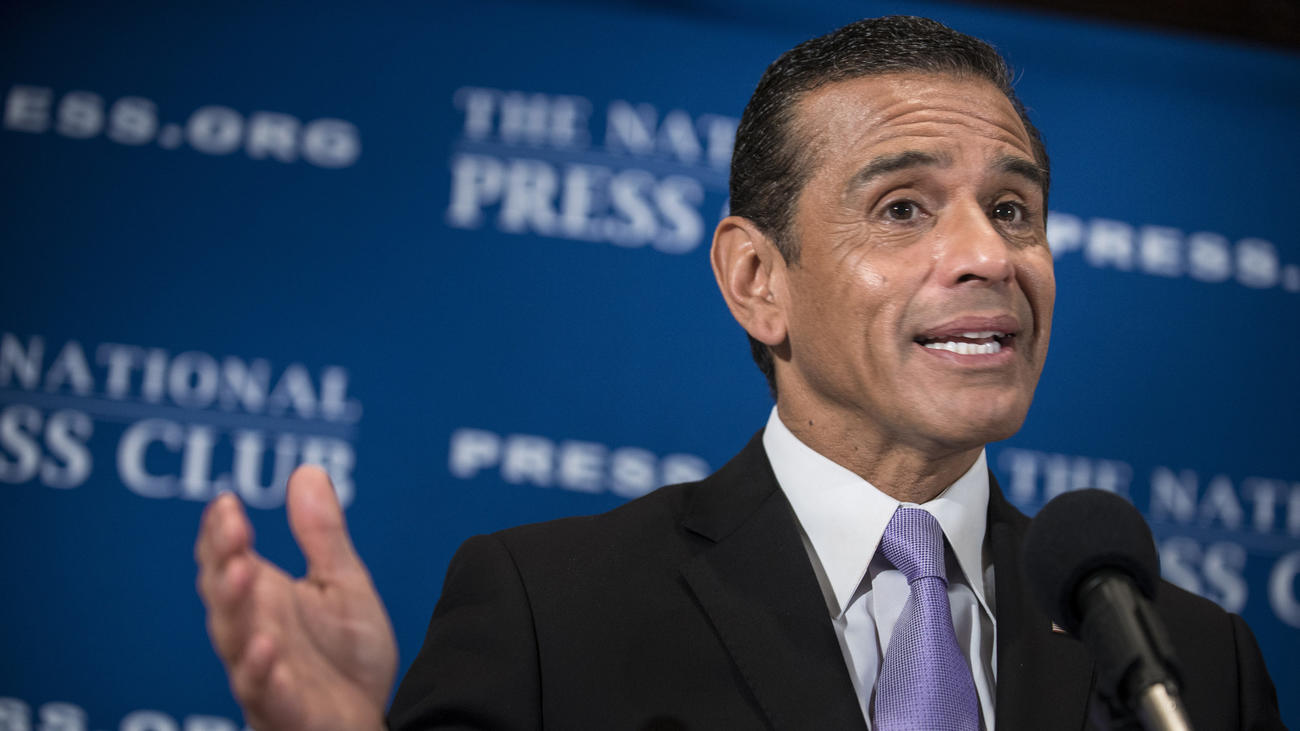 Baggage: While mayor, he had an extramarital affair with a local television reporter.

Particulars: Villaraigosa, 63, lives in Los Angeles, has four children and is a UCLA graduate.

Villaraigosa, a Democrat, has dropped hints that he plans to run and has spent the last few months on a “listening tour” up and down California. When asked about his plans, the former mayor told The Times in February that he would be “honored to serve again.” He provided a glimpse of potential areas of focus for his gubernatorial campaign — education, poverty and Californians left behind in the “new economy.”

Villaraigosa served as mayor of Los Angeles for eight years. During his tenure, the city struggled to cope with plummeting revenues amid the nation’s economic downturn. He wrestled for concessions from public employee unions that were necessary, in part, because of raises that Villaraigosa approved before the recession.

Villaraigosa successfully led the campaign for Measure R, a $35-billion transportation package passed by voters in 2008 that imposed a countywide half-cent sales tax. The measure is credited with reshaping the region's notoriously inefficient transit system. Under his watch, the city also hired hundreds of new police officers and violent crime plummeted.

He considered a run for governor in 2010, as well as a U.S. Senate bid after Barbara Boxer announced her retirement. He eventually dismissed both. 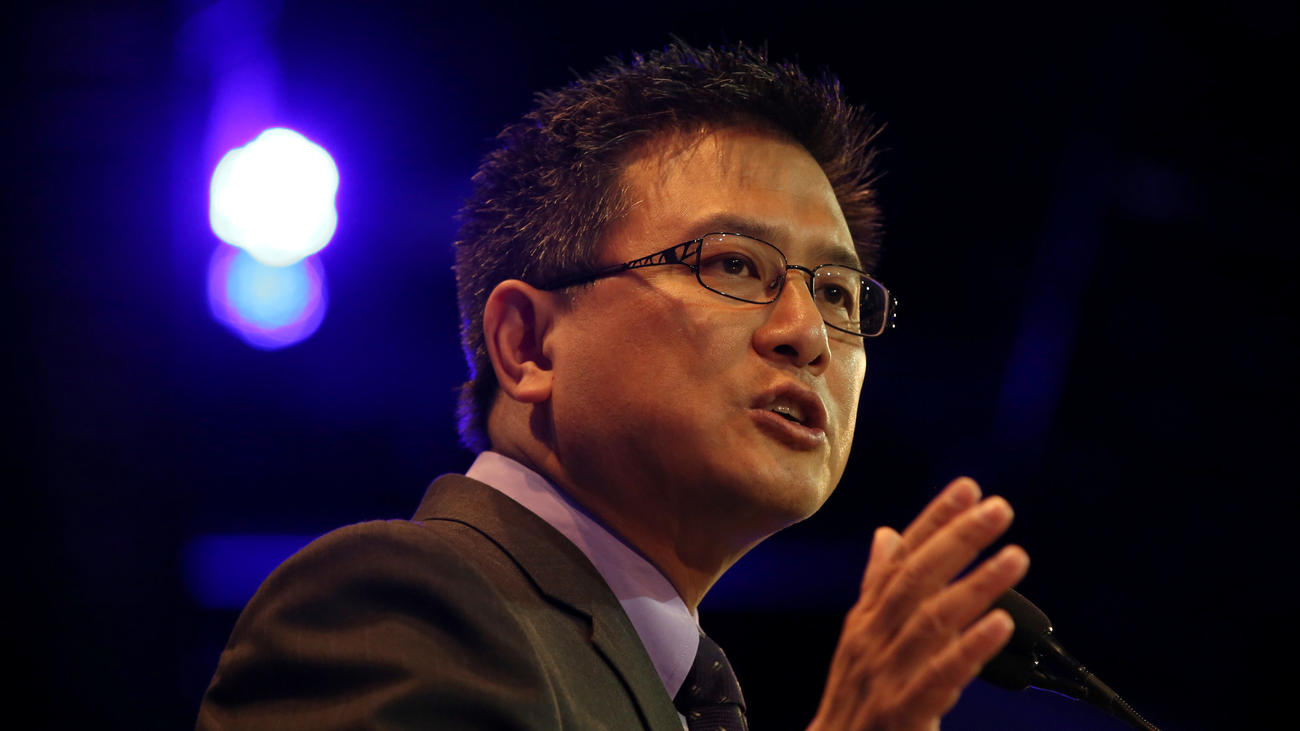 Top Jobs: Elected as state treasurer in 2014 after serving two terms as the state controller.

Particulars: Chiang, 53, is married and lives in Torrance. He graduated from the University of South Florida and Georgetown University Law Center.

Chiang has been elected to statewide office three times: twice as controller and as state treasurer in 2014. When speaking to business leaders last month, Chiang said he was strongly leaning toward a run for governor.

The eldest son of Taiwanese immigrants, Chiang grew up in Chicago and New York and moved west after earning his law degree. He worked for then-Controller Gray Davis and U.S. Sen. Barbara Boxer. In 1998, he won a seat on the Board of Equalization, which oversees the collection of tens of billions of dollars in annual revenue. It was his first time in elected office.

As controller, Chiang made headlines in 2011 when he decided to dock state lawmakers' pay after they failed to produce a balanced spending plan by the June 15 deadline.

Two years earlier, Chiang also made news by refusing an order by then-Gov. Arnold Schwarzenegger to furlough state workers three days a month amid the state budget crisis. The courts ultimately overruled Chiang, but his action made him a hero to organized labor. 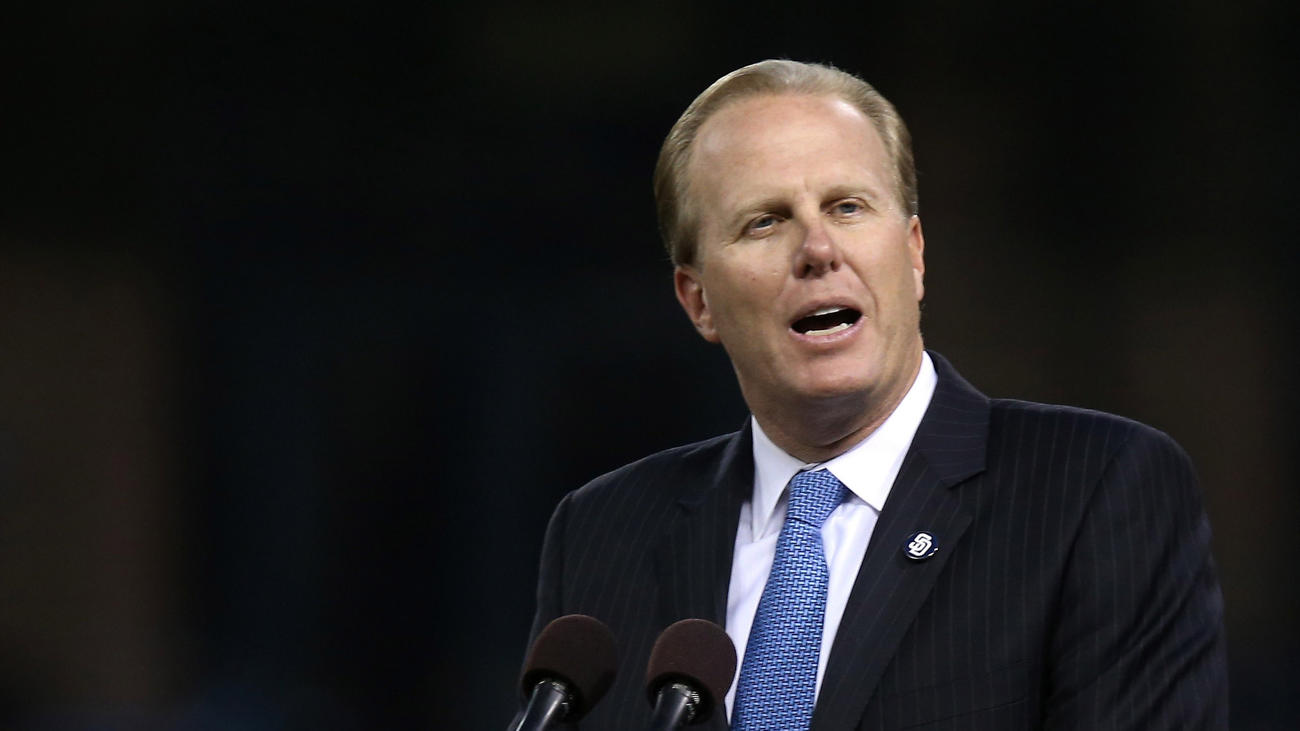 Political roadblocks: He is not well known outside San Diego and has a reputation for playing it safe.

Particulars: Faulconer, 48, lives in Point Loma with his wife and two children. He is a graduate of San Diego State University.

Faulconer rose to power in San Diego after his predecessor, Democrat Bob Filner, was forced to resign mid-term in 2013 amid accusations of sexual harassment.

Faulconer is currently running for reelection, a race he is expected to win. He has been mum about any plans to run for governor.

The very fact that a Republican was elected in the Democratic city elevated his stature within the California GOP, a party in desperate need of strong, top-shelf candidates. No Republican has won an election for statewide office in California since 2006.

Faulconer has bucked the national Republican line on two key issues. He was a strong supporter of the city’s climate action plan to cut carbon emissions over the next 20 years to rely exclusively on renewable energy. He also advocates for a so-called pathway to citizenship for the estimated 11 million immigrants in the country illegally. 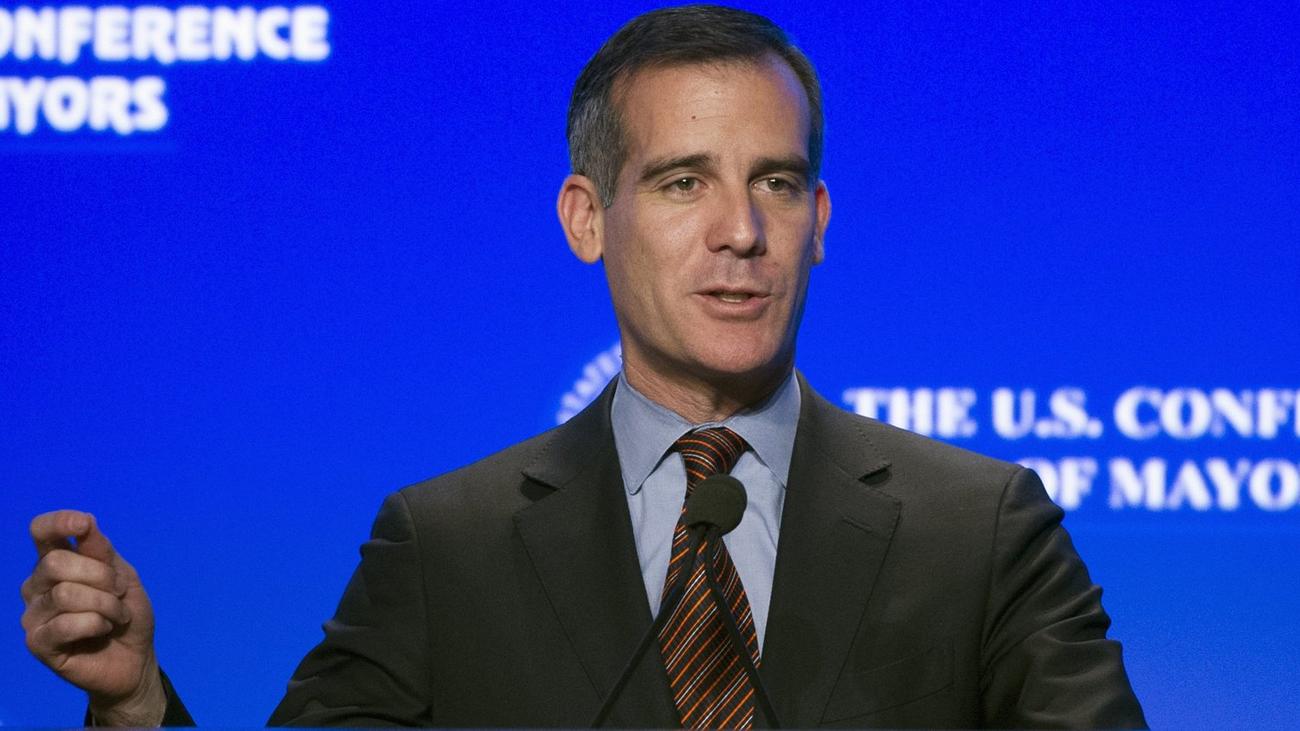 Hot seat: Criticized for taking a trip to Washington, D.C., last year amid demonstrations over a police shooting of Ezell Ford, a mentally ill black man.

Particulars: Garcetti, 44, is married and lives in Los Angeles. He was a Rhodes Scholar and earned bachelor's and master's degrees at Columbia University. Garcetti, a Democrat, served in the U.S. Navy Reserve.

Garcetti is busy raising money for his 2017 mayoral reelection campaign, but he is widely believed to have aspirations for higher office — possibly California governor or the U.S. Senate, if Sen. Dianne Feinstein retires.

A big hitch for Garcetti is timing. The governor’s race will be well underway while Garcetti seeks a second term as L.A.’s mayor.

The most ambitious policy initiative of Garcetti’s term as mayor was his successful push to raise L.A.'s minimum wage, which after some adjustments by the City Council will increase to $15 an hour by 2020. Garcetti also scored political victories with expanded earthquake safety regulations for apartment buildings and plans to restore the Los Angeles River.

Still, the mayor has faced criticism for failing to respond adequately to the city’s growing homeless population and to the controversial police shooting of Ford. Violent crime in the city also rose by 20% in 2015. 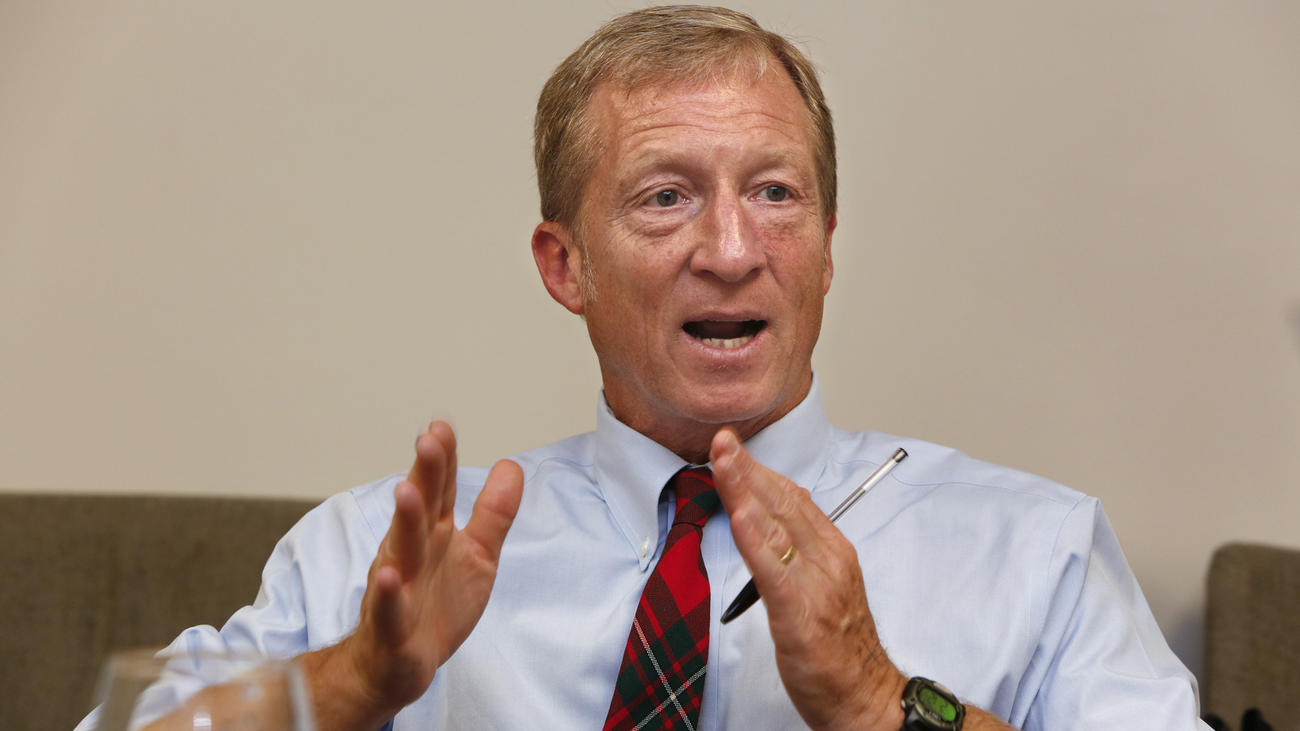 Wallet size: He has a net worth of $1.6 billion, according to Forbes.

Particulars: Steyer, 57, is married with four children and lives in San Francisco. A Democrat, he is a graduate of Yale University and earned his Master of Business Administration at Stanford University.

Steyer transformed himself from a billionaire hedge fund titan to one of the most aggressive environmental activists in the U.S.

He was the nation's biggest individual donor in the 2014 elections, spending more than $74 million on congressional and gubernatorial contests across the country and pledging to make climate change a top issue in hotly contested races.

Steyer left Farallon Capital Management in 2012, saying he wanted to focus his work on alternative energy. His NextGen Climate Action organization is touting an effort to boost the use of renewable energy nationwide to 50% by 2030.

Steyer contributed $1 million to a proposed statewide ballot initiative to add a $2-per-pack cigarette tax to help fund research and health care and smoker cessation programs. He recently joined the board of Latino Victory Fund, a political action committee that supports Latino candidates.

Steyer was considering a run for U.S. Senate after Sen. Barbara Boxer announced her retirement, but he opted not to run after Democratic state Atty. Gen. Kamala D. Harris jumped into the race. 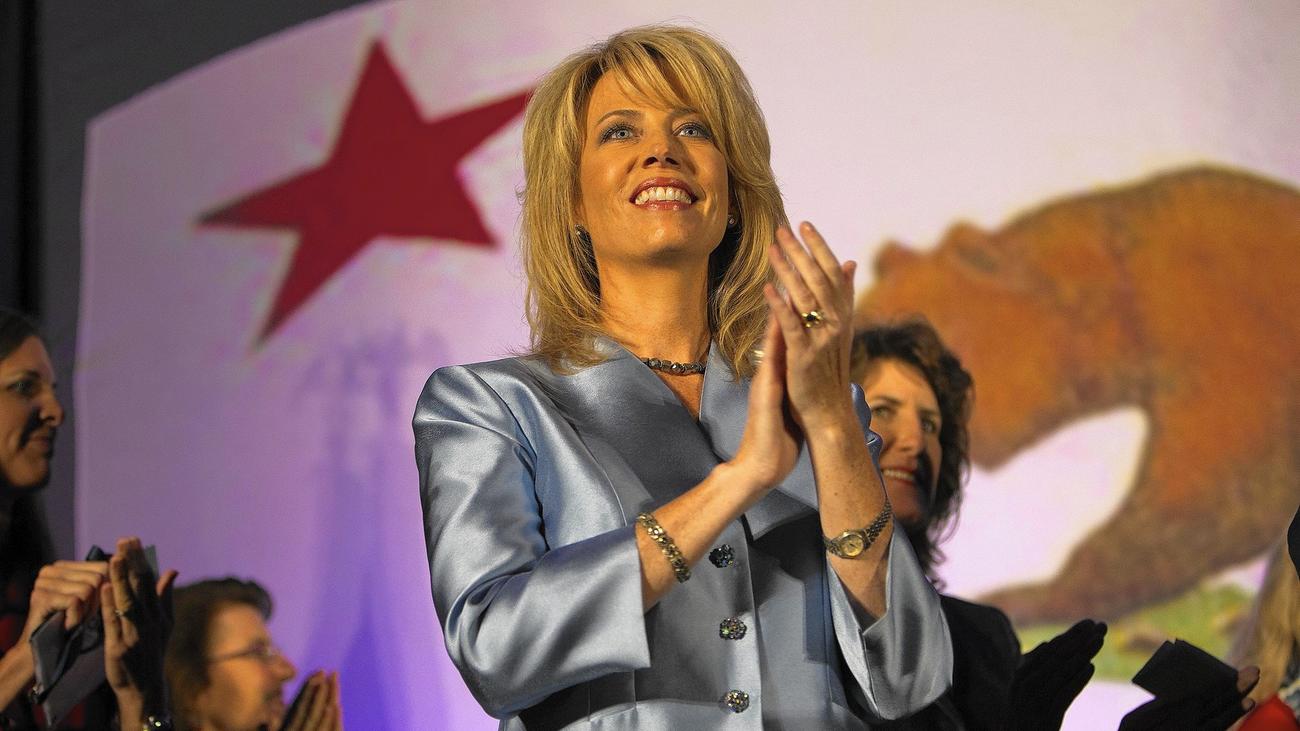 Top job:Elected mayor of Fresno in 2008 and was reelected four years later.

GOP star: In the 2014 state controller's race, she received the most votes in the June primary election, but lost in the general election.

Particulars: Swearengin, 43, lives in Fresno and is married with two children. She has a bachelor's degree and an MBA from Cal State Fresno.

Swearengin was Fresno mayor at the height of the nation’s financial meltdown, and is credited with steering the city away from bankruptcy, a fate Stockton and San Bernardino could not avoid. During that time, Swearengin cut back the city payroll and convinced unionized city employees to contribute more for their pensions.

Because of those accomplishments, she remains one of the state Republican Party's brightest prospects for statewide office.

As a teen, she moved with her family to Fresno, the state’s fifth largest city. There she attended a local high school and Cal State Fresno, then worked on a series of efforts to help area businesses and improve the region's chronic unemployment. In 2005, she joined the California Partnership for the San Joaquin Valley, a public-private working group created by then-Gov. Arnold Schwarzenegger.

In her 2014 bid for state controller, Swearengin received the most votes of any candidate in the primary election – besting the top two Democrats in the race, Board of Equalization member Betty Yee and former Assembly Speaker John A. Pérez.

That provided a glimmer of hope for the Republican Party, but it was short-lived. In the November election, Yee won handily. 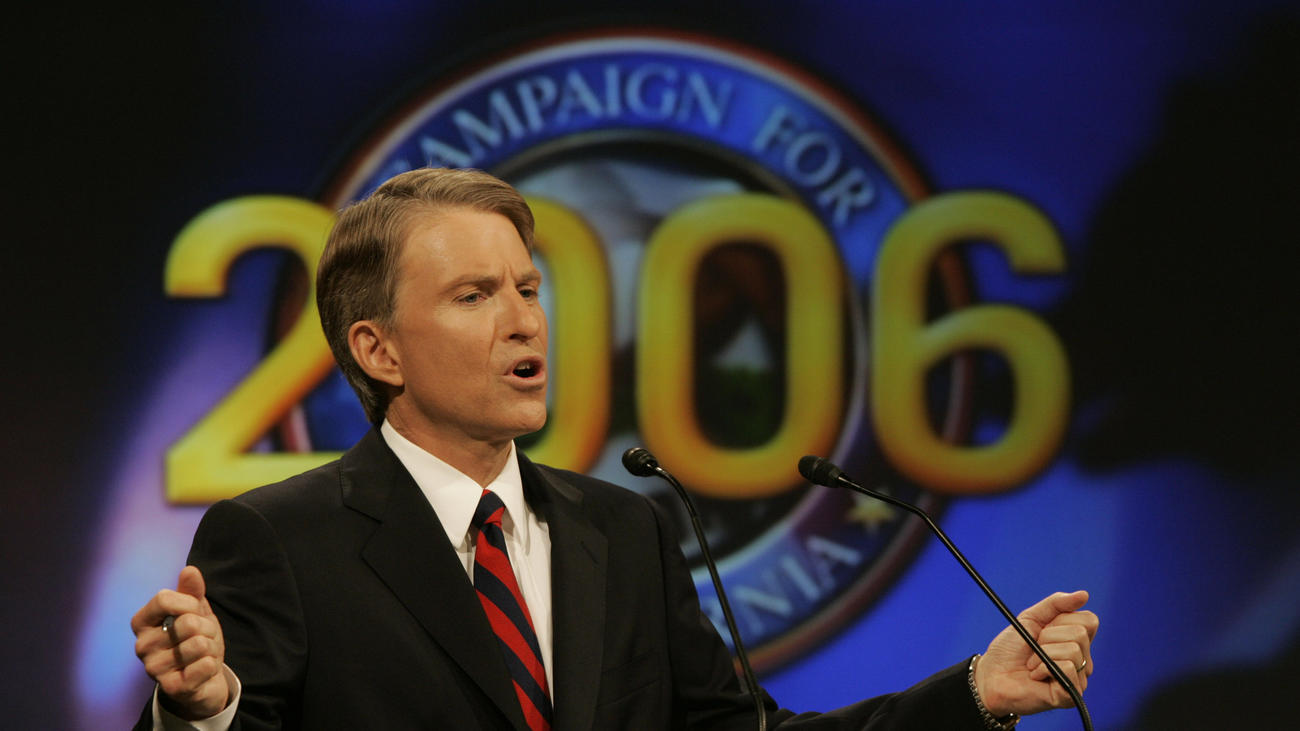 Prior run: Spent $35 million of his own money in a failed 2006 gubernatorial bid.

Particulars: Westly, 59, is married and lives in Atherton. He gradated from Stanford University with a bachelor's degree and has an MBA from Stanford Graduate School of Business.

Westly, a Democrat who runs a venture capital firm in Menlo Park, has been eager to return to public office since he lost the 2006 Democratic primary for governor.

San Jose Inside, a politics blog, reported last April that Westly told a few dozen technology executives and others at a private gathering in Atherton that he’d made up his mind to run.

Westly is a longtime Democratic Party activist who made a fortune as an early executive at eBay Inc. He was elected state controller in 2002.

Westly has not run for public office since 2006, so reintroducing himself to the California electorate could be a difficult, expensive task.

In November, Ms. Magazine co-founder Gloria Steinem and other women’s rights activists urged Westly not to run for governor. They alleged Westly sought leniency for Chahal, who was accused of hitting his girlfriend 100 times. Westly was a board member at the company Chahal led.

Westly said he supported Chahal’s eventual dismissal, and said he has been a strong supporter of programs to help victims of domestic violence.