Frank Sinatra would have turned 100 on Dec. 12, and the city that claims him as one of its own offers good reasons to celebrate this year. Palm Springs embraces the hip cred that Sinatra brought to the desert town where he loved to stay and play.

The singer died in L.A. at age 82, but that doesn't mean his centennial year is forgotten. Here are five places where you can enjoy life the Sinatra way in Palm Springs. 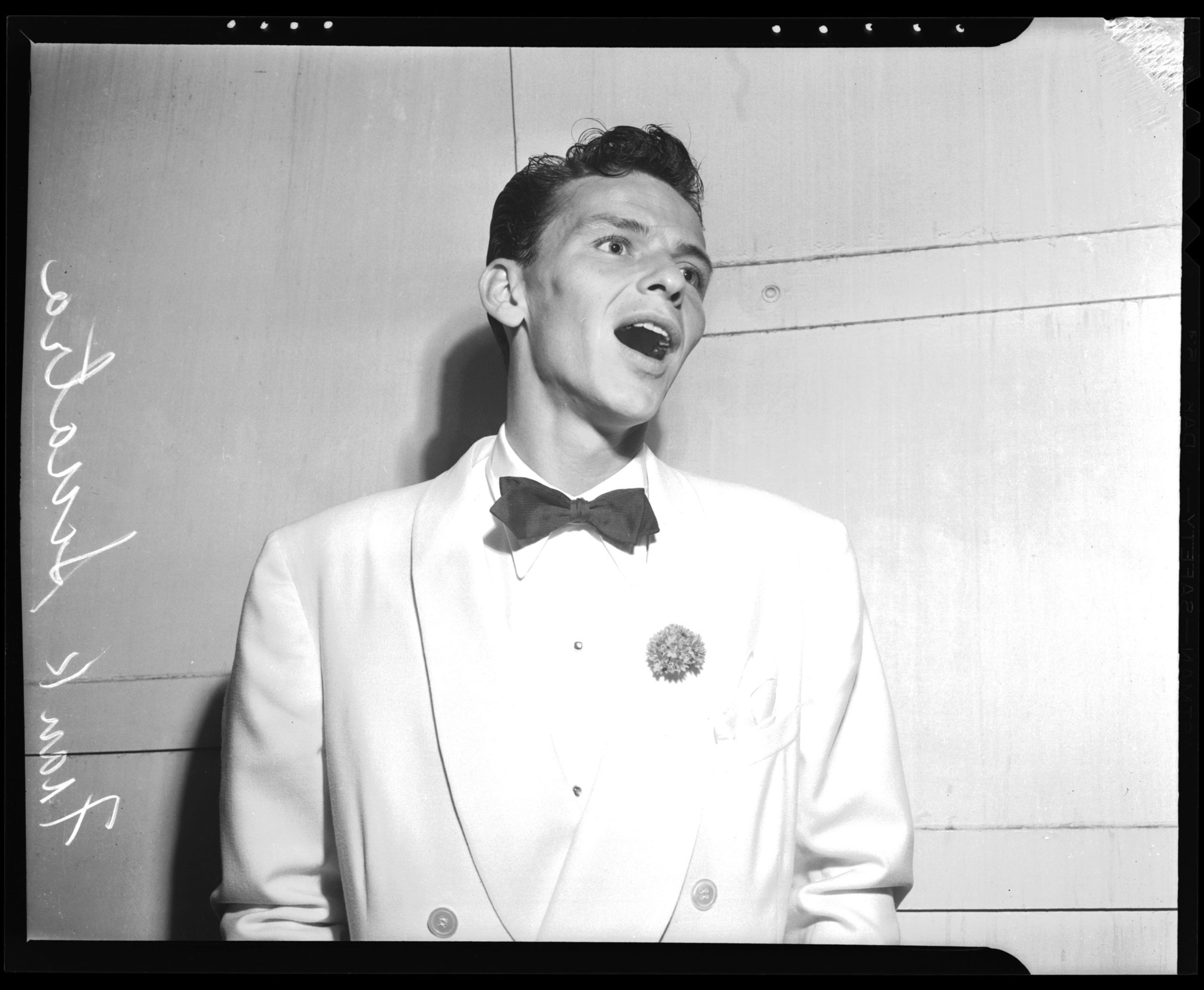 A backstage moment, likely at the Hollywood Bowl, in August 1943. (Los Angeles Times)

Palm Springs showcases guided tours that walk you through the life of Frank Sinatra and his buddies in the desert city. The Frank Sinatra's Neighborhood two-hour walking tour takes you past his famed Twin Palms estate that was designed and built by L.A. architect Paul Williams in 1947. Tours cost $18 and are offered October to May.

Or you can take a private Modern Tour Palm Springs with architectural expert Michael Sterns and go inside the home as well as those of other Hollywood mega-stars such as Elizabeth Taylor and Elvis Presley. Tour costs $150.

2. Go to a tribute concert 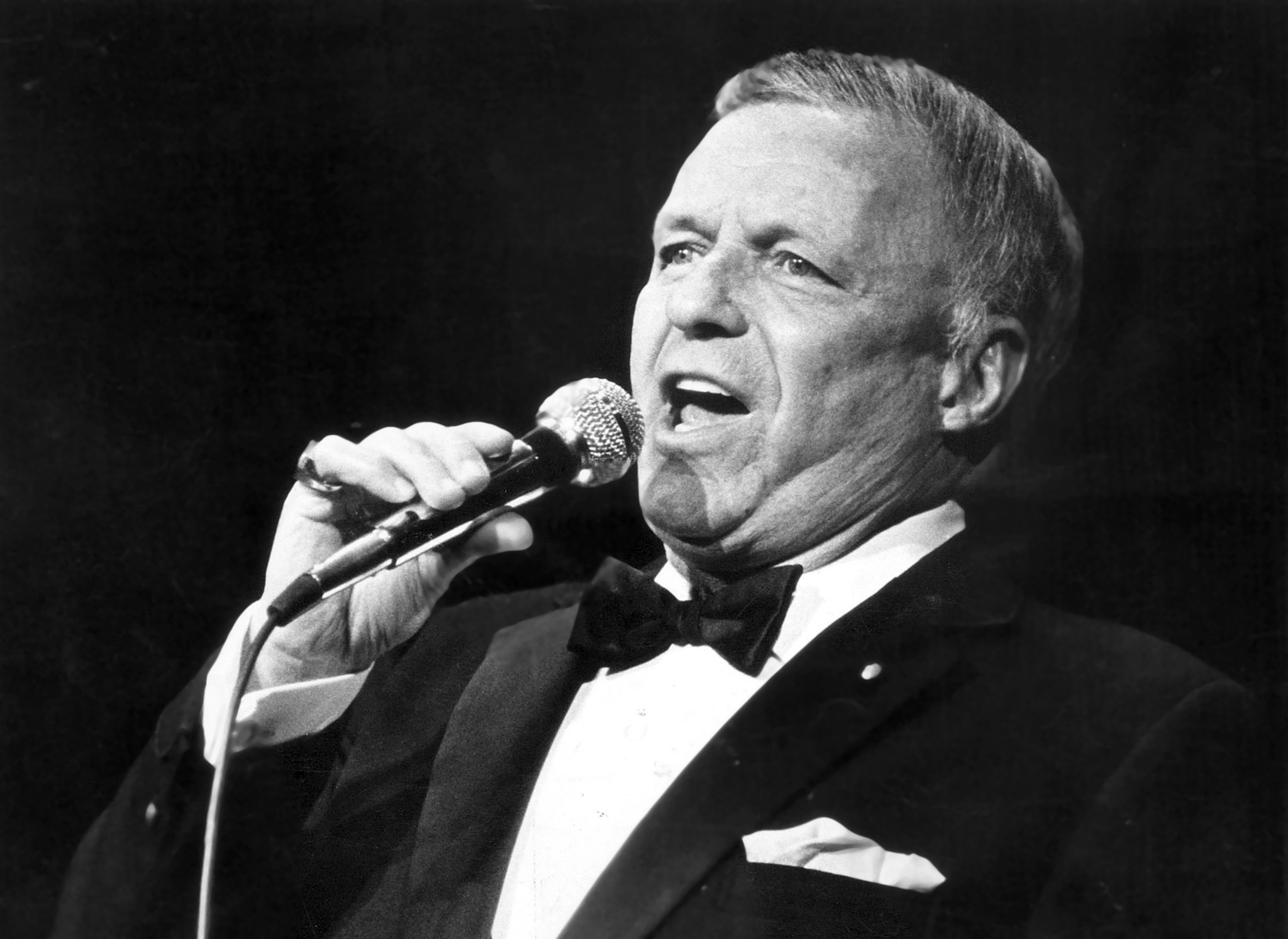 Granddaughter A.J. Lambert will sing a birthday celebration concert Dec. 10 at the Purple Room, a Rat Pack hangout at the Club Trinidad Resort. It opened in 1960, and Sinatra liked to take his friends there to eat and play. Show begins at 7 p.m.; reservations required.

You can hear his music at jazz concerts in honor of Sinatra's birthday starting at noon Dec. 12 at Spencer's Restaurant and 7 to 9 p.m. Dec. 12 at the Colony Palms Hotel.

3. Find Frankie around the city 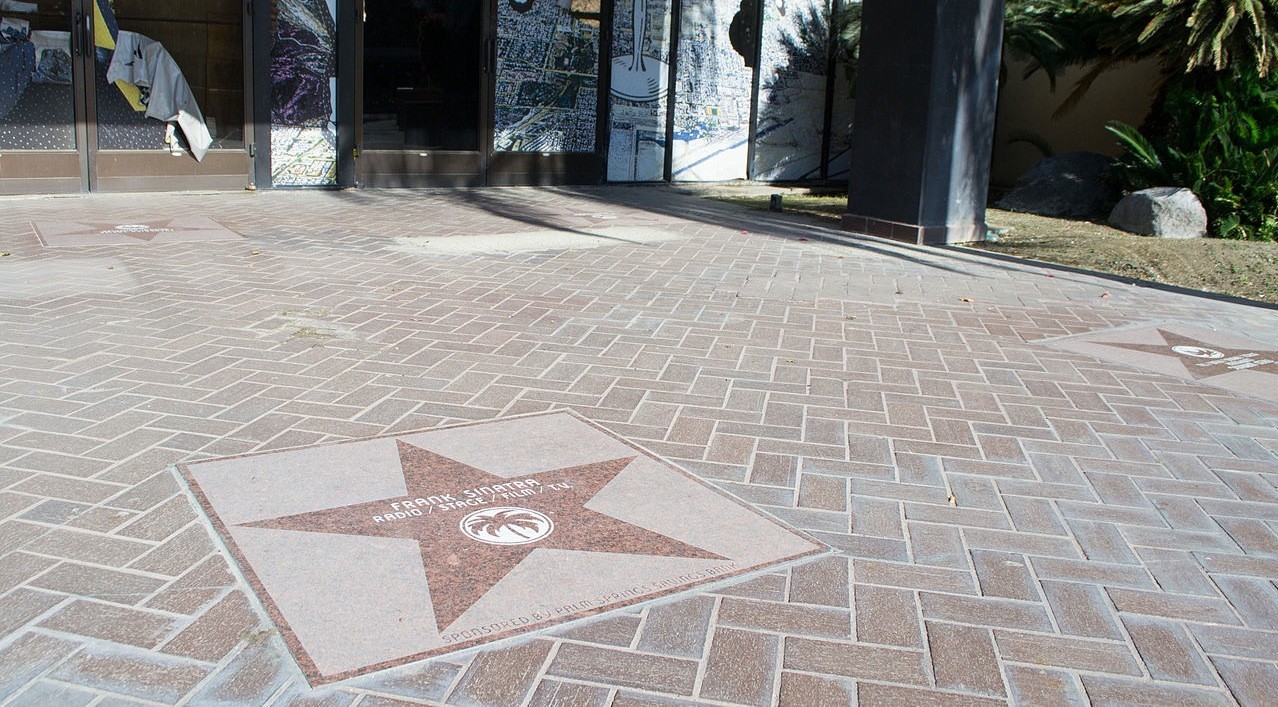 Sinatra is alive and well at many places around Palm Springs if you know where to look. Snap a selfie with his star (above) on the city's Walk of Stars. It's on Palm Canyon Drive near the intersection of Tahquitz Canyon Way and Amado Road.

Then visit the Hard Rock Palm Springs at 150 S. Indian Canyon Drive to see a wool jacket he once wore and a Capitol Records contract dating to 1953 that's signed by Sinatra.

4. Stay a while with a Sinatra package 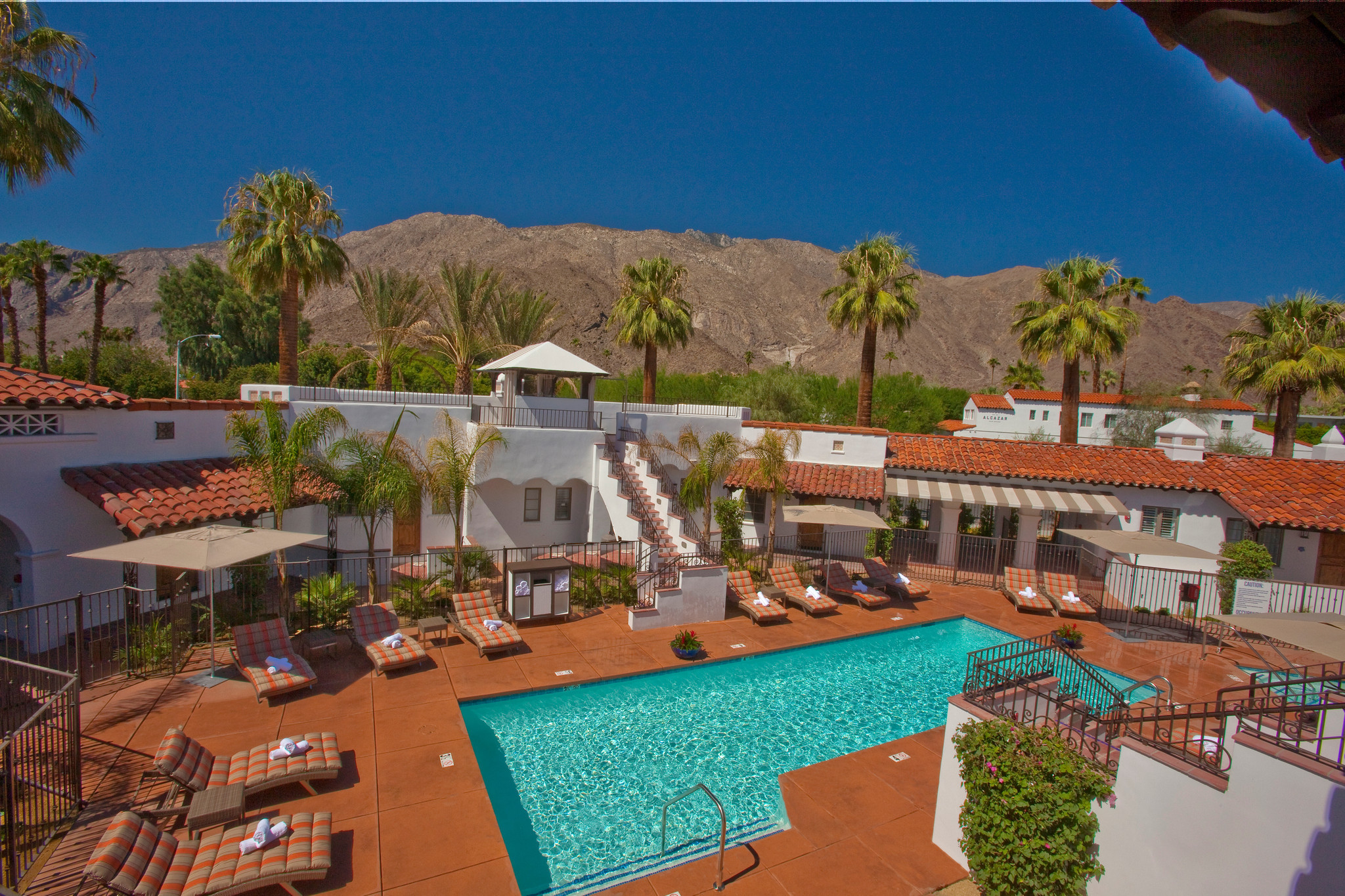 Several hotels have put together Sinatra specials in honor of the singer's 100th. The Classic Sinatra Package at the Triada Palm Springs comes with a cool-cat fedora for men and a pair of '50s-style bobby sox for women. You'll also receive two cocktails in the hotel's Lobby Lounge and a "Classic Sinatra" CD to sing along with as you lounge around the pool.

The package at the 56-room hotel costs $289 for two nights Sundays through Thursdays until Dec. 15. 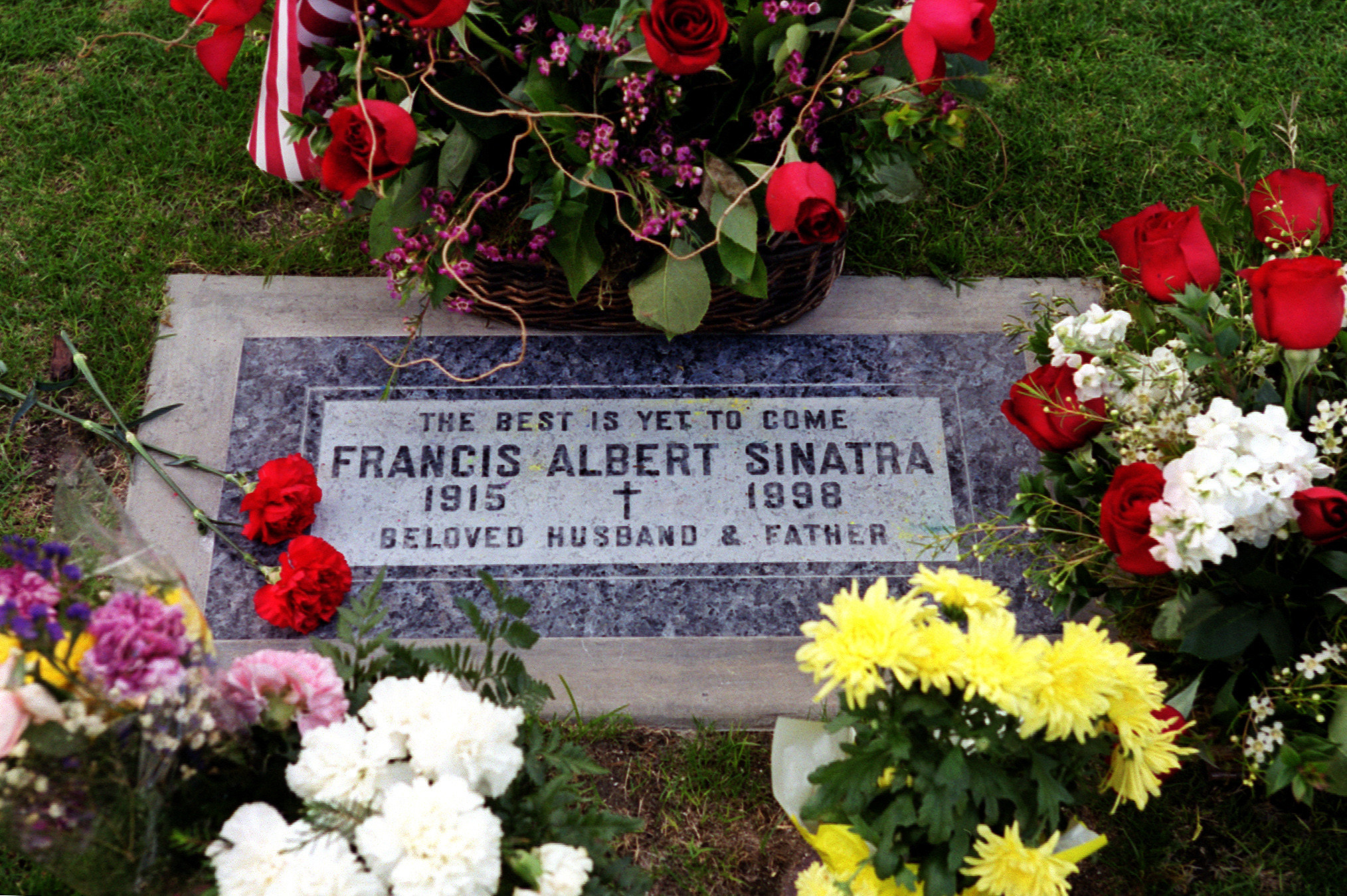 Sinatra was born in Hoboken, N.J., but he's buried close to his beloved desert retreat at Desert Memorial Park in Cathedral City. His marker includes a line from one of his most famous songs: "The best is yet to come." His grave is likely to be overflowing with flowers the closer it gets to his Dec. 12 birthday.

The boy is back: Elton John returns to Las Vegas with his 'Million Dollar Piano' show