‘Arrested Development’: 10 foods the Bluths ate; you can do better

“Arrested Development” is so close we can taste it, and it tastes like a mix of cornballs, hot ham water, martinis for breakfast and just a hint of frozen banana.

To get you fully prepared for Season 4 (15 episodes!) to be released Sunday on Netflix, we want to make sure you not only have your head in the game, but also have a belly full of Bluth.

So here are the classier (and let’s face it, tastier) versions of Bluth family favorites that you can chow down on as you see what Michael and the gang have been up to in the years since we’ve last seen them.

This iconic staple of the show comes in several variations, including the George Daddy (frozen, dipped bananas between chocolate graham crackers) and the Giddy-Girly Banana (frozen banana dipped in hot fudge and covered in pink heart candy). Because we know you already can freeze a banana and dip it in hot fudge, we offer you a different twist on the classic: creamy coconut and banana pops.

(Think “Arrested Development” taught you all you need to know about bananas? Test your banana knowledge with this quiz from our food critic Jonathan Gold.) 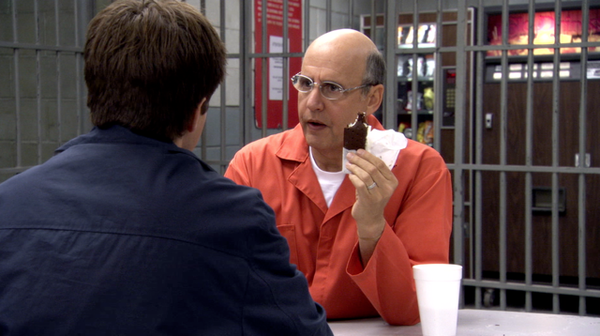 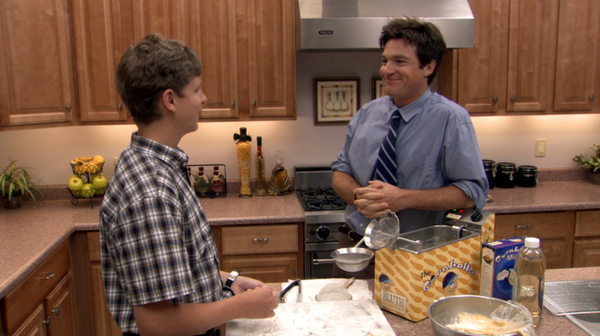 George Bluth invented the Cornballer in the early 1970s. He attempted to market the product with Richard Simmons, but it was quickly pulled off the shelves after it burned everyone who used it. But don’t pity the Cornballer: It still has a loyal fanbase in Mexico, where it sells for 1375.99 pesos.

Balls of fried corn may sound delicious, but potatoes are the ultimate starchy delight. We recommend trying our smashed fries recipe. Just try not to burn yourself. 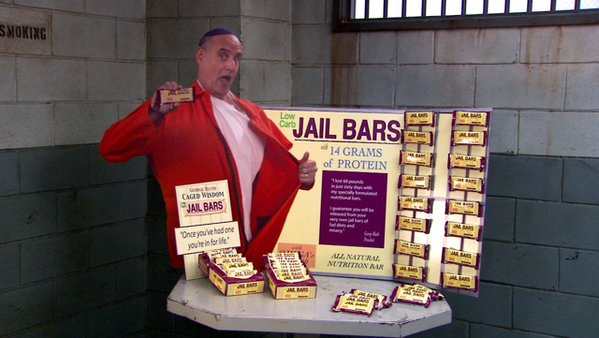 George Sr. proved you can’t keep a good businessman down for long, even while he is in jail.

With unhealthful ice cream sandwiches the only grab-and-go option in sight, George created and marketed his own energy bar called Bluth’s Banana Jail Bars with the tagline “Once you’ve had one, you’re in for life.” And apparently they were low carb.

But don’t trust a con man. You don’t know what’s really in there. Instead, try making our granola bar recipe.

“Too many choices? Menu too big to swallow? Let Skip serve you up a scram that has something from every dish in the menu. It will knock you into next week! $47.95 a la carte. $57.95 egg whites only.”

We couldn’t recommend this calorie bomb enough, and neither could another food lover who showed us one he made last week with blueberry waffles, banana pancakes, cornball cakes, sausage, Balboa Bay bacon, Model Home fries, fried eggs, ham, scrambled eggs, vodka on the rocks with toast, muffins and hash browns.

“Do you know the muffin man?”

In the early ’70s, several of the Bluth children’s teachers mysteriously died after reportedly eating poisoned muffins they received as gifts. The authorities never captured the lethal baker.

George later reveals to Michael that he was, in fact, responsible for two of the 25 deaths caused by poisoned muffins, claiming the rest were copycats.

We encourage you to bake safely. Try making these poison-free Meyer lemon muffins. 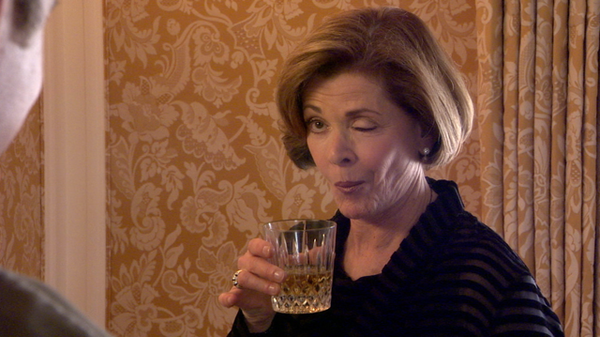 Bluth family matriarch Lucille may be our favorite character on the show because she understands that breakfast is the most important meal of the day -- and she knows how to do it right: with a martini and a piece of dry toast.

We wouldn’t dare change Lucille’s version of the ultimate breakfast of champions. Instead, we want to enhance it. With bacon. Check out our recipe for candied bacon martinis.

In Lindsay’s attempts to show she can be a good mother, she unwittingly creates the worst boiled dinner in history: hot ham water.

It got a rave review from Buster, who described it as “watery -- and yet there is a smack of ham,” but not so much from us. We think it’s best to add a few other flavors to the mix. Kick your old and tired hot ham water up a notch with our recipe for Ludo’s ham soup.

Club sauce is one of the greatest mysteries that “Arrested Development” left us with. What’s in it that makes it go with everything, and what makes it so ... seductive?

We haven’t solved either mystery, so why not just try this recipe for creamy ranch dipping sauce that we think really does go with everything.

We were inspired by the title of the Season 1 finale to let you eat some cake -- royal Sonesta double chocolate cake, to be exact. We dug deep into the recipe vault for this yummy take on a classic. Enjoy!

Did we miss any of your favorite Bluth foods? Share them in the comments below or tweet us your thoughts @LATimesFood.

Stacey Leasca is a former social media editor at the Los Angeles Times.