How to prepare fresh fava beans for cooking

Preparing fresh fava beans is tedious, I won’t lie. But if you tackle the process separately from cooking with them for a meal, you’ll find the work worth the effort.

The differences between methods may seem minute but when dealing with such a precious ingredient, the small details matter.

Start with fava beans in their pods. Whatever weight you start with, know that you will yield 1/5 of that weight in peeled, cleaned fava beans. So, for every 1 pound/455 grams of fava beans in pods, you will get approximately 3 ounces/85 grams of cleaned beans to cook with.

First, snap off the stem end of the pods with your fingers and simultaneously pull down one side of the pod to remove its string. Then use your fingertip to unzip the pod along the string line and open it. Remove the fava beans and place them in a bowl. Repeat with the rest of the pods.

Once you have your de-podded beans, use either the tip of a paring knife or your (clean) fingernail to score a line from the fava bean’s “mohawk” to its opposite end, along the edge side of the bean. Then gently pinch the two ends of the bean together, like pinching the ends of a baked potato to open its skin, and grab the skin where it opens to peel it away from the inner bean. Separate the two lobes of the bean and place them in a bowl. Repeat with the rest of the beans.

Bring a large saucepan of water to a boil and set a spider strainer next to it. Meanwhile, set a large bowl filled with ice water next to the pot and place a large strainer or small colander in the bowl. Add a large pinch of salt to the boiling water, then stir in the peeled fava beans. Cook, stirring occasionally until they’re light, bright green and al dente, 2 to 3 minutes.

Transfer the beans to plastic storage bags and press out as much air as possible. Freeze the beans in the bags for up to 3 months. Use from frozen or let thaw for 10 minutes at room temperature before using.

Use fresh fava beans in these recipes: 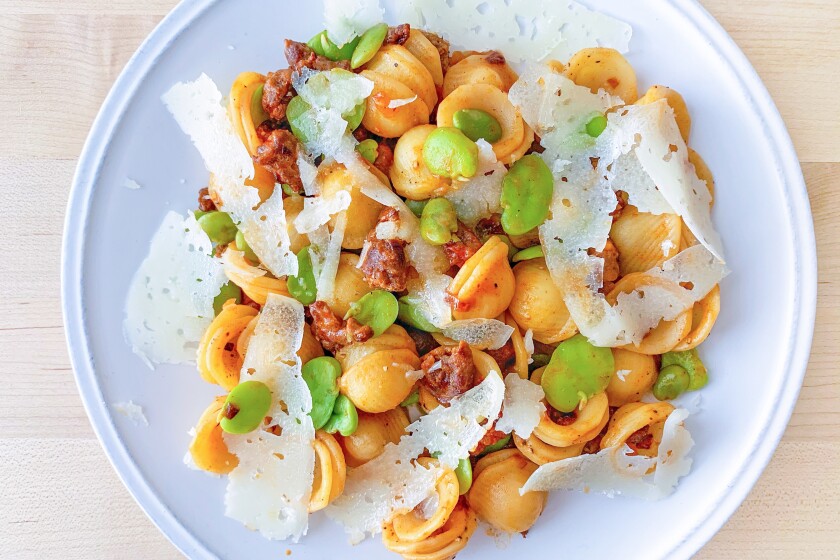 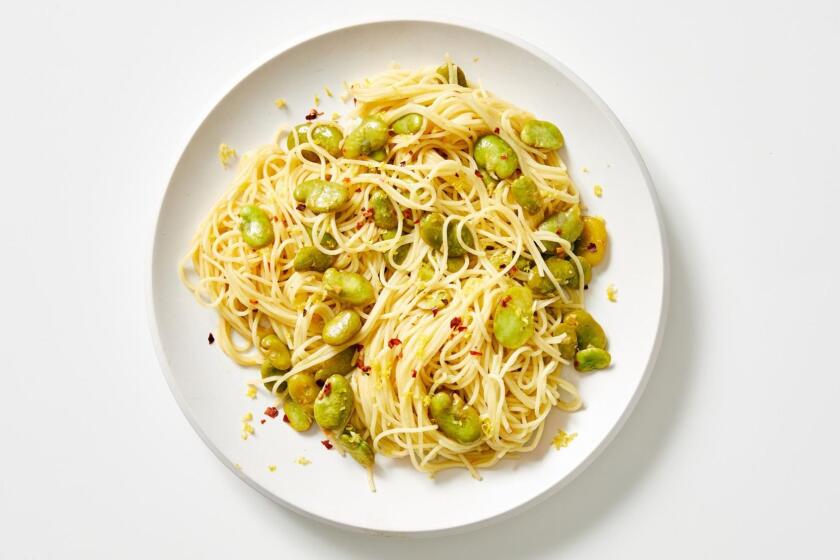