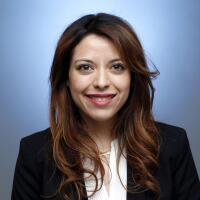 Jazmine Ulloa covered California state politics and policy for the Los Angeles Times with a focus on criminal justice, immigration and tech privacy until May 2019. She has reported out of Washington and Colombia for the Times and was based in Sacramento. A native of El Paso, she covered state and federal courts for the Austin American-Statesman in the Texas capital. Her work has appeared in Texas Monthly, the Texas Observer and the Boston Globe. She is a graduate of the University of Texas at Austin.