Newsletter: A controversial ex-gang member, the 1% and justice in the jails

Welcome to the Essential California newsletter. I’m Shelby Grad, California editor of the Los Angeles Times. Here's my look at the some of the best reporting on California -- from The Times as well as other news sources. 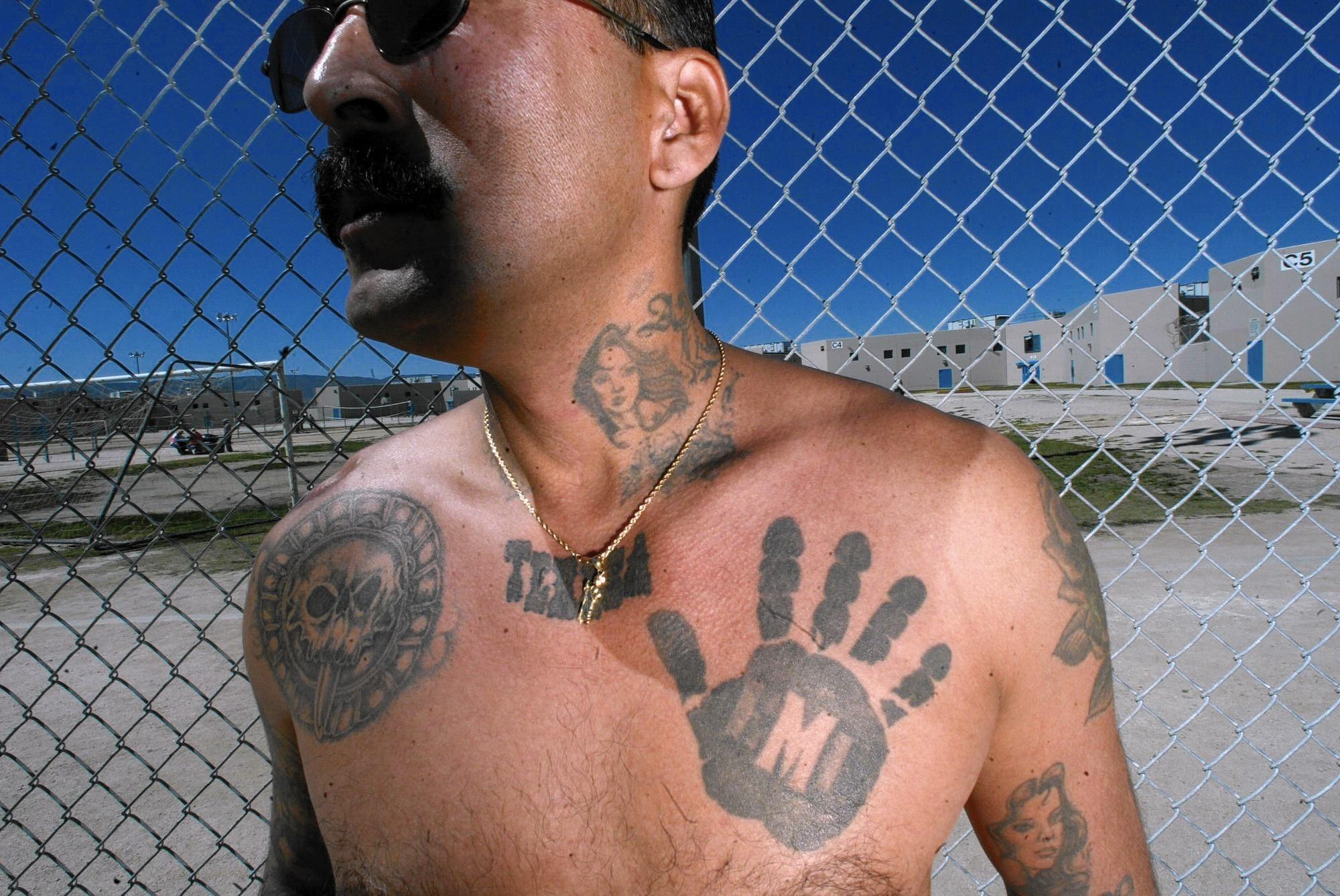 To passersby, the heavy police presence on Spring Street in downtown Wednesday looked like a major incident. Instead, it was security for a conference of business leaders and law enforcement that featured as its speaker a notorious Mexican Mafia killer. By Thursday, the optics of using taxpayer money and LAPD resources on the event were looking dubious. Even Mayor Eric Garcetti called it “inappropriate.” An investigation is underway.

Ironically, the organizers thought some entrepreneurial lessons could be learned from a mob boss who ran a "transnational criminal enterprise."

California’s Reliance on the 1%

About half of all state revenue comes from the richest 1% of Californians -- a legacy of Proposition 13, which severely limited property tax revenues. That leaves the state’s coffers highly reliant on the stock market, which recently had been surging. But Wall Street ratings agency Standard & Poor’s issued a warning Wednesday that, for all the talk of the California comeback, “history would suggest...that any fiscal renaissance will be temporary.”S&P is recommending conservative budgeting that won’t leave California in a hole when the bears return. Some see the report as ammunition for Gov. Jerry Brown, who is holding off Democratic calls for more spending.

More Justice in the Jails

The early release of jail inmates long has been one of the great embarrassments of Los Angeles County’s criminal justice system. Because of overcrowding, some inmates were serving as little as 10% of their sentences. But Proposition 47, which reduced drug and other crimes from felonies to misdemeanors, has cut jail populations so much that the inmates who remain are serving much more of their terms behind bars. Proposition 47, along with a decline in arrests, has lowered the local jail population from 18,600 to 15,000. 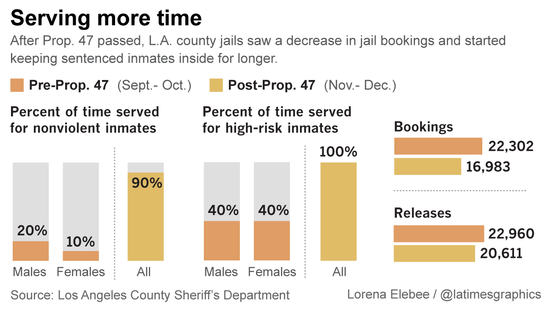 There’s something decidedly unnatural about L.A. Council District 4. It’s often referred to as the “Hollywood/Silver Lake district,” but in truth it runs from Sherman Oaks down past The Grove, Miracle Mile, Hancock Park and finally into Koreatown. Building political coalitions amid this creative geography is difficult. Longtime Councilman Tom LaBonge is termed out, and 14 candidates are vying to replace him. With no clear front-runner and no overriding issue uniting the far-flung neighborhoods, political experts say the race is tossup, and the runoff could be decided by relatively few votes.

The current District 4 makeup was the result of a citywide redistricting effort in 2012. The main priority was to protect non-white voters who historically have been denied representation. Even back then, some residents were outraged by the layout. Said one: "It's insane. Might as well put Chicago in our district.”

And here are some great reads for your weekend

— What happens when the math of L.A.’s proposed minimum wage hike doesn’t add up to a much-admired small business?

— The battle to halt the measles outbreak that began at Disneyland has required both infectious disease expertise and a good amount of old-fashioned detective work.

— Is the popular Waze traffic app putting police officers at risk by crowdsourcing the location of cop cars?

— What will happen first? The launch of high-speed rail in California or the reopening of Angels Flight?

— The ethics of checking your cellphone while driving.

— Voters in Inglewood are expected to vote soon on zoning changes needed for a new NFL stadium. The fine print: By going through the ballot box instead of a typical planning process, developers avoid a time-consuming, costly and potentially risky environmental review.

— One of the grand dames of old grungy Hollywood is about to go glitzy new Hollywood.

— So what were the most popular locations in L.A. for television and movie filming in 2014?