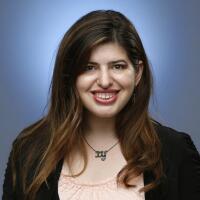 Joy Resmovits covered education for the Los Angeles Times until June 2018. Before that, she spent four years as the Huffington Post’s education reporter. In 2014-15, she was a Columbia University Spencer Fellow. Her writing previously appeared in the Wall Street Journal, the Forward and the New York Daily News. She serves on the board of trustees for the Columbia Daily Spectator and the Education Writers Assn.’s journalist advisory board.