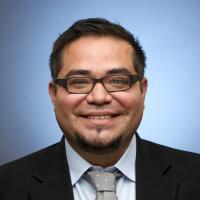 Steve Saldivar is interested in arts, culture and ideas. He served as the Getty’s first social media coordinator. Previously he was a producer for Frontline/WORLD. Saldivar received his B.A. in English from UC Berkeley. He thought he was going to live in Walden Pond like his favorite author. Instead, he stayed and graduated from the UC Berkeley Graduate School of Journalism, where he fell in love with all the ways to tell a story. Originally from East Los Angeles, he can still be seen walking down Whittier Boulevard eating shrimp burritos from Tacos Baja.