For Kiano Moju, cooking on Christmas Day is a high-stakes affair. She cooks for her entire family, presenting a menu for approval before preparing a feast fit for her relatives’ very particular requests.

“My whole life, we’ve done it this way,” says Moju. “Every holiday meal, we always have two different meats, because if we just have one, someone will feel slighted or upset. It also just seems like a normal day if we have one. And no, chicken doesn’t count.”

Moju lives in West Hollywood and is half Kenyan Maasai and half Nigerian. Her cooking reflects both sides of her heritage, plus where she lives now, in a style of cooking she calls “Afri-Cali.” Nowhere else can you see that in full effect than in her family’s Christmas feast, a blend of East African dishes customized with California ingredients and touched with flavors from West Africa.

“I’m not one for eating things for the sake of tradition if I’m not enjoying it,” says Moju, a former Buzzfeed/Tasty video producer who runs a food video production studio called Jikoni in downtown’s Arts District. “One year, I flavored short ribs with just salt and pepper; the next year, I used Ethiopian berbere spices. But whatever we have, everyone chips in, showing up throughout the day to help prepare the food — it’s a culture of social cooking.”


Moju was born in Oakland and spent every other summer while growing up on her family’s ranch in the mountainous village of Sultan Hamud, Kenya, about 70 miles southeast of Nairobi. After high school, she’d make the trip every other winter, allowing her to spend Christmas with her family there. Moju says Christmases on the ranch are very different from the holiday celebrated in the United States and other parts of the world.

“With Kenyan people, we only have one way of celebrating anything, whether it’s a wedding, funeral or Christmas — all of the celebrations and menu are the same,” Moju says. “Because I come from a traditional Maasai family, something is getting slaughtered. We were a nomadic tribe, so our cows would go where we go, and we survived a long time by surviving off the blood of them. The only time you’re slaughtering a cow is for a large holiday like Christmas or a coming-of-age ceremony.

“For other occasions, it might be a sheep or goat, but Christmas calls for slaughtering a cow. Men do the slaughtering at dawn, barbecuing ribs and all the odd bits over acacia wood, which is the sole flavoring — just salt and smoke — while women are making the vegetables and chapati. And we don’t have an invitation culture, either. You cook assuming everyone in town will show up. And remember, we’re on the equator, so it’s hot. It’s like having a summer barbecue: People grab a plate, everyone’s there chitchatting and hanging out. But then most people go home by dusk because we have leopards.”


This year, Moju will spend the holiday with her mother and family here in Los Angeles, because of restrictions on travel during the COVID-19 pandemic. Even though her meal will be more intimate, she will still go all out — the menu she made for this story is only half of what she’ll actually serve.
Advertisement

For Christmas morning, she’ll whip up a batch of mandazi, triangular doughnuts raised with baking powder that she flavors with cardamom and cinnamon. Once the mandazi are fried, she blankets them in powdered sugar.

“This version is more akin to how they do them in coastal Kenya, which is heavily influenced by Indian and Middle Eastern food,” she says. “I make mine with coconut milk and coarse ground cardamom to get pops of spices. Normally, they’re sweeter and served plain, but they remind me of New Orleans-style beignets, so I take the sweetness down in the dough so I can cover them with powdered sugar, which is the best part of eating them — I do live in America, after all.”

And to serve with them? It has to be chai. On her family’s ranch, the milk used for making chai would come straight from the cows, so it’s creamier than what’s available in grocery stores in the U.S. The milk gets diluted with water, then sprinkled with raw sugar, Kenyan black tea and chai masala, delicately spiced with ginger and black pepper and balanced with cooling cardamom and cloves.

“We always have mandazi with chai — hot chai and mandazi, that’s the best,” says Moju. “In Kenya, you buy the chai, but here you have to make it, and it’s the first thing you make in the morning. There’s even a saying in our culture that translates to ‘Where is the chai?’ It’s a way of saying ‘Good morning’ when people come into the kitchen before even saying anything else.”


Once breakfast has been savored, Moju begins work on the main event, which this year will be beef short ribs braised in tomato and red pepper stew. The stew is her ode to the Nigerian side of her family and the flavors of the country she embraces.

“I cook Nigerian food, but not the Nigerian way,” Moju says. “I learned how to make the stew base by being in the kitchen while my uncle was in the other room shouting directions at me. It’s a purée of tomatoes, onions, red pepper and chiles, and it’s the foundation of so many Nigerian dishes — it’s the same base as for jollof rice — but I’m using it to braise short ribs, which are a big to-do for my Kenyan family. All these flavors come from very different cultures but the ingredients are universal, just prepared differently. It’s both of my cultures meeting in one dish.”

To cut the stew’s richness, she likes to serve it with kachumbari, a tart vegetable salad eaten all over East Africa that she thinly slices and deploys as a pico de gallo-like condiment. The menu also features a common component of just about every Kenyan meal, sukuma wiki. Swahili for “pushing the week” — a nod to how the dish helps stretch out meals until the next paycheck — sukuma wiki is a preparation of very thinly shaved collard greens sautéed with tomatoes and ginger, but no onion. “Onion makes it taste too bitter,” Moju says. “Other families do that but we don’t.”

For herself and the Kenyan side of her family, any celebratory meal is not complete without chapati. Similar in method to Indian paratha or Chinese scallion pancakes, Kenyan chapati is made by first stretching balls of dough into super-thin, strudel dough-like sheets that are then oiled generously before being rolled up into thin logs. The logs are then wound into snail shell-like coils before being flattened again and cooked. The dozens of layers created by this technique result in a flaky texture that’s at once crisp and chewy, an ideal utensil to swipe through the sauce from the braised short ribs.

“Day to day, people have ugali (a white cornmeal porridge shaped into a cake) or rice, that’s the staple starch, but having chapati distinguishes a normal day from a celebration day,” says Moju. “It takes effort and time and, ideally, a few people to help make it. You have one person rolling, one spreading, one cooking. And once the chapati are cooking, you should see steam moving through the dough and bubbling up — you want action. If they just stay flat, cut your losses and eat something else, because you don’t want them to be tough. If it can be thrown like a Frisbee, we have problems.”

Retreat to the couch


When it’s time for dessert, the more recent influences of Kenya’s past come forward, as do Moju’s own preferences, by way of rich and sugary British desserts.

“You have to remember, Kenya was a British colony, so that influence is still strong,” Moju says. “Kenyans don’t really eat dessert but when they do, it’s for kids’ birthdays or weddings, where they have traditional British fruit cake covered in fondant. When I first started cooking, I tried French pastry and found it so involved and finicky. But when I studied in London, I learned a lot more about British desserts, and they were way easier. You make it, and it’s done — so simple. And culturally, it’s in tune with what people eat in Kenya — it’s of the same palate range. And, most importantly, my family likes them.”

This Christmas, Moju is tackling sticky toffee pudding, a dessert that fulfills her love for cake and ice cream and is easy to eat on the couch, a family tradition.

“Sticky toffee pudding is the most awesome dessert,” Moju says. “It’s made with dates, which are the most delicious dried fruit, period. It’s a very indulgent, happy dessert, and my family really does enjoy anything you can add ice cream to — spoon it in a bowl, add the ice cream and pour on the toffee sauce. We don’t eat dessert at the dining table, either; dessert is on the couch. All you need is a spoon to shovel it in.”


The next morning, Moju will take leftover chapati to make rolex. This Ugandan street food consists of chapati rolled with an omelet and stuffed with fresh vegetables like tomato and shredded cabbage; it’s named after the act of making it: “rolled eggs.”

“It’s incredibly genius — we always have leftover chapati, so you might as well make a whole new dish rather than serve day-old chapati as is,” says Moju. “In the streets of Kampala, you’ll see it stuffed with cabbage, carrot, tomato — I want none of that. I prefer to sauté spinach with garlic and maybe some chile, since that’s how I eat my eggs. Normally, the street hawkers will flip the egg, then add the chapati, but I prefer to put my chapati on when the egg is two-thirds of the way cooked, so it adheres to the egg. When you flip chapati to get the other side, the steam will cook the other side of the egg — you want the egg and chapati to become one.”

And when it comes to stuffing it, Moju says to use whatever you like — she prefers avocado and bacon — but to keep one thing in mind: This is not a burrito.

“We’re not centering the filling, then rolling,” she says. “You want to lay everything out evenly, then roll so it’s an even spiral when you cut it in half — that’s a cute rolex.”


For Moju, these dishes are the beginnings of her own traditions, a collection of hybrid-culture foods that appeal to her tastes as well as those of her entire family. They’re also a bridge to both sides of her culture, for which she is the sole connector.

“Kenyan food and Nigerian food are completely opposite in so many ways. Kenyans love grilled red meat, while Nigerians love seafood and slow-simmered stews. Both sides of my family don’t like the other’s cooking,” she says with a laugh, “so I’m the go-between in my family — I tie the two cultures together.”

And Christmastime affords her the opportunity, much like her family’s holiday celebrations in Kenya, to show off her cooking for everyone who comes to her table.

“This is my American family Christmas,” says Moju. “Ninety percent of my family lives overseas, so every other year, a grandparent will come; sometimes a cousin and their family. One year, my mom invited a Kenyan kid who went to UC Berkeley, and I always brought friends home from school. It’s the core family, plus anyone else who needs to be somewhere for Christmas. The holiday is for everyone.” 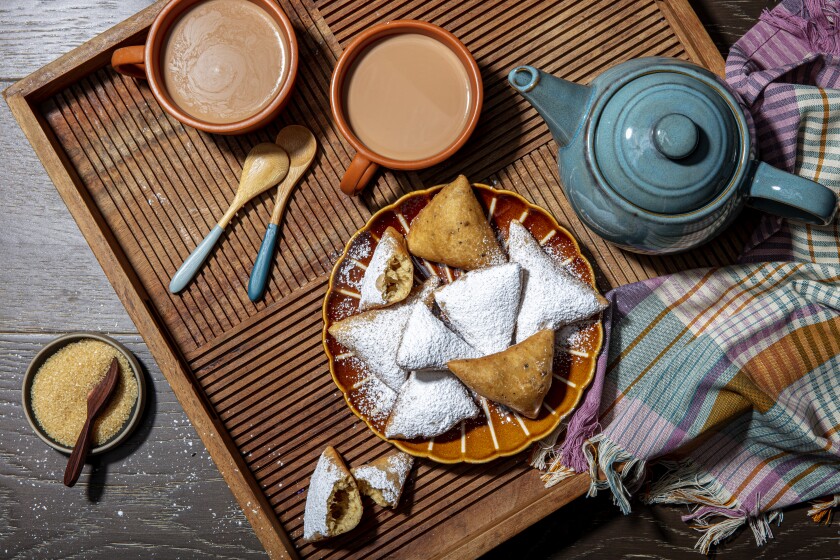 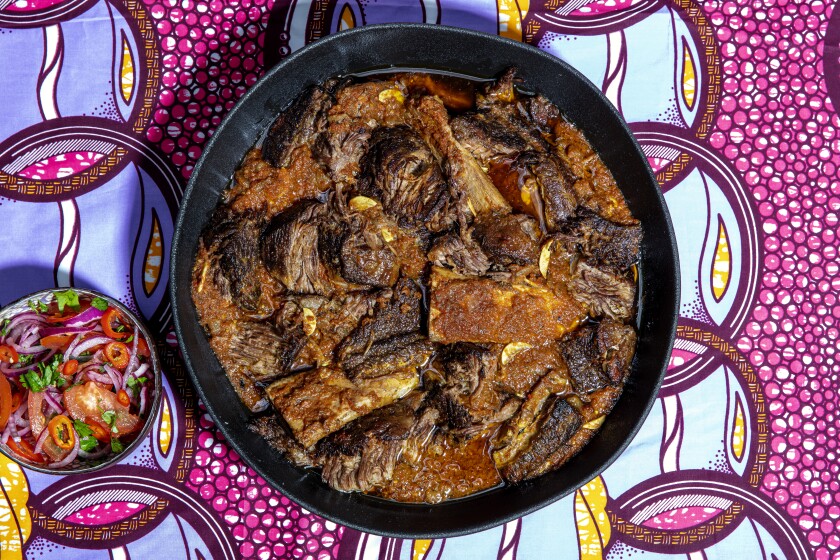 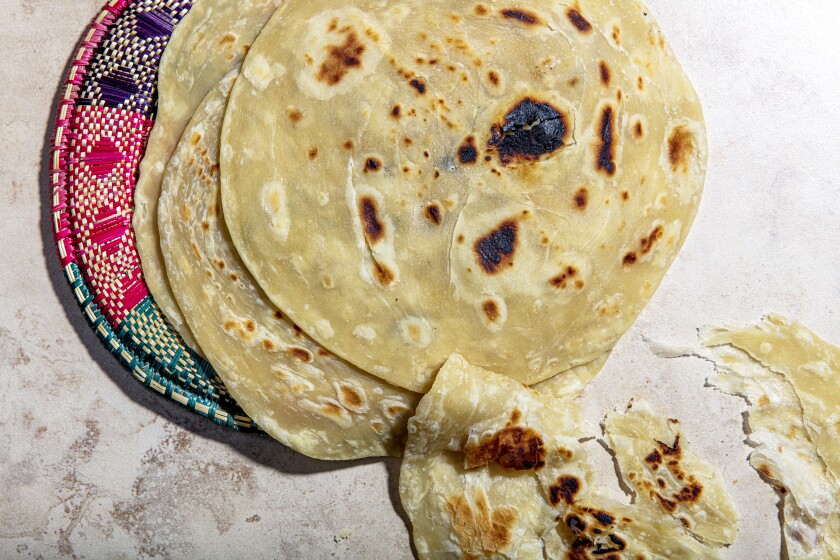 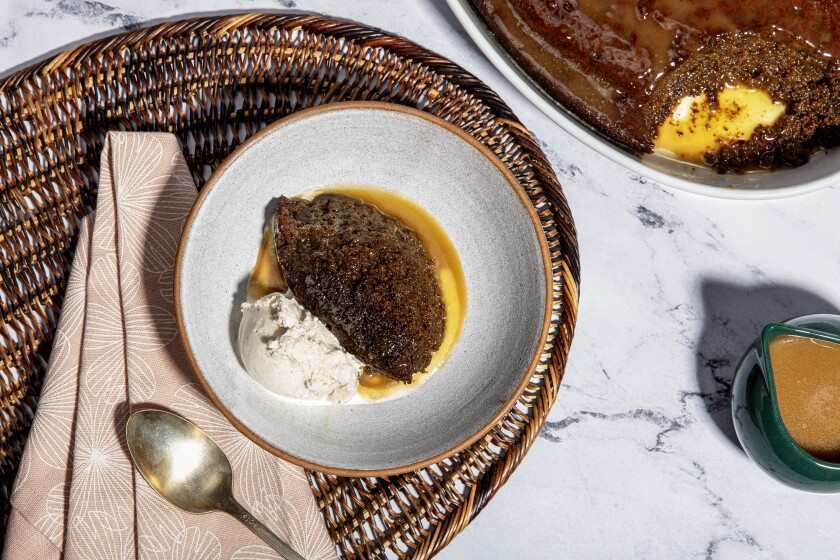 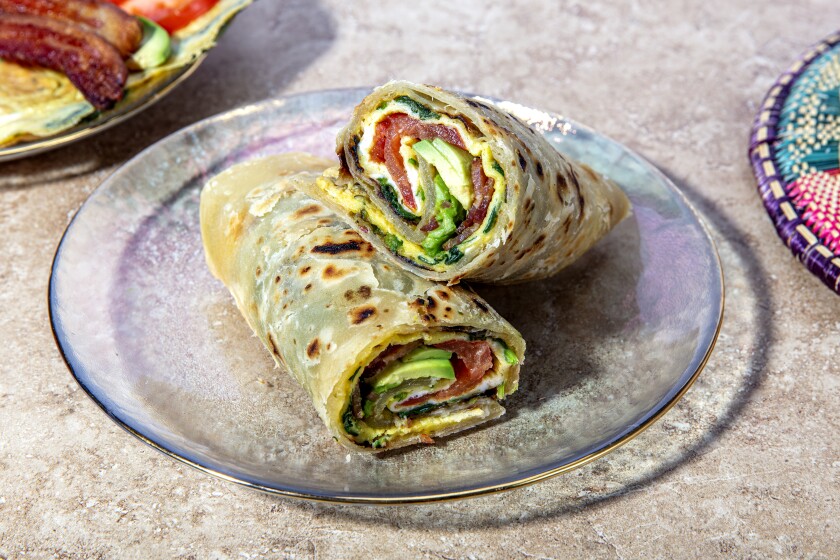