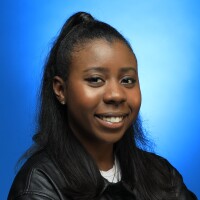 Kailyn Brown has been with the Los Angeles Times since 2018, where she’s written for the Metro, Calendar and Lifestyle sections. The Las Vegas native previously worked at the city’s two newspapers, the Review-Journal and the Sun. Brown attended UNLV, where she hosted a college radio show that was named the city’s best student program by a local magazine. She can frequently be found DJing at local bars throughout L.A. under a name that accurately represents her personality.