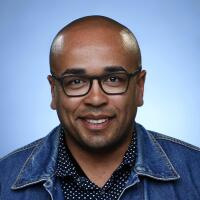 Marques Harper is a deputy editor in features at the Los Angeles Times and the editor of the Image fashion section. He previously worked at the Austin American-Statesman as a fashion writer, columnist, stylist and metro reporter and at the Roanoke Times covering media and pop culture. His work has appeared in the New York Times, the Oregonian and the Atlanta Journal-Constitution. A native of New Jersey, he is a graduate of Rutgers University.