The are over. and have bade farewell to the Hollywood Foreign Press (All hail Bill Hader and Kristen Wiig as their successors!), has finished schmoozing with Dagmar, Yukiko, Lorenzo, Armando and Helmut, and 's posterior ("something of great beauty," notes "Affair" costar ) has receded from view.

Who received an award-season bump from the evening? Oscar Watch, which charts the ups and downs of the prize parade every Monday, takes a look at all the movies that the (and North Korea) was OK with. 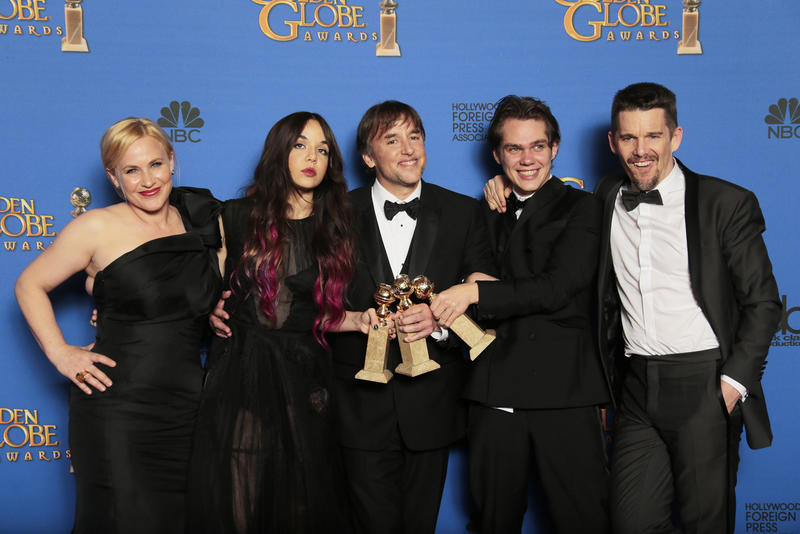 Another awards show, another best picture win for 's coming-of-age drama. Many pundits somehow remain convinced that the best picture Oscar race is wide open, but it was apparent in early December that no other movie had the goods to challenge It is an overwhelming favorite with the actors branch (you did see presenter Meryl Streep's ear-to-ear grin, right?), whose members comprise one-fifth of the academy. Actors love the passion behind Linklater's 12-year project and the idea of living with a character for a dozen years. And unlike a lot of past critics prize winners ("The Social Network"), "Boyhood" connects with viewers on an emotional level. The scene with Patricia Arquette lamenting her son's departure for college rips out the heart of every empty-nester (yes, another prime academy demographic). "Boyhood" wins in a walk. 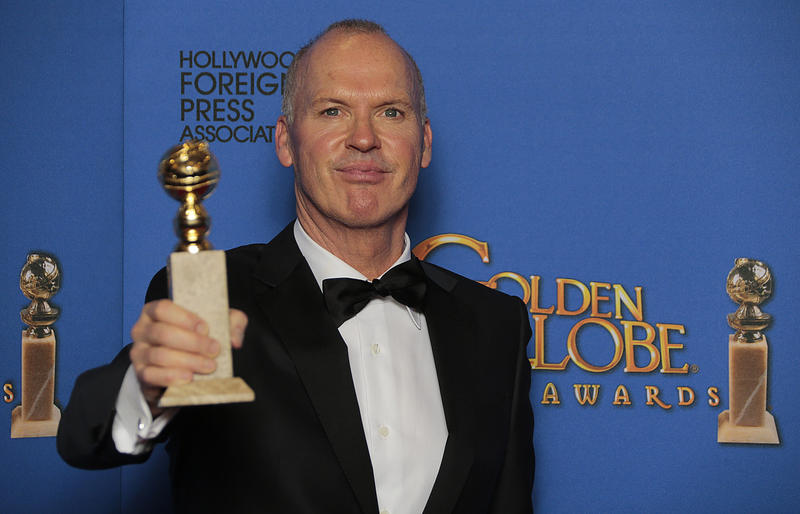 After won lead actor comedy/musical for he gave a rambling speech that ended with a surprising, emotional payoff.

"My best friend is kind, intelligent, funny, talented, considerate, thoughtful," Keaton said, his voice catching. "He also happens to be my son, Sean. I love you with all my heart, buddy."

Aaaaw. How much does Keaton love his son? He told me in an interview a few weeks ago that he initially wasn't going to travel to the Venice Film Festival for "Birdman's" premiere because Sean's wedding was scheduled immediately afterward. "It was too close," Keaton said. "If something was to happen and the flight got canceled ... no way."

But Sean, a successful songwriter, came up with a solution. He asked Keaton if he and his then fiancee, Rachel Bartov, could go to Venice too. Then if there were any travel complications, obviously, there couldn't be a wedding.

"It was nice having them captive," Keaton said. "Then we got back and hit the ground running. The wedding was the next day."

Keaton already had plenty of people wanting to reward him for both "Birdman" and his career. That speech gave them -- and others -- another reason to check off his name. 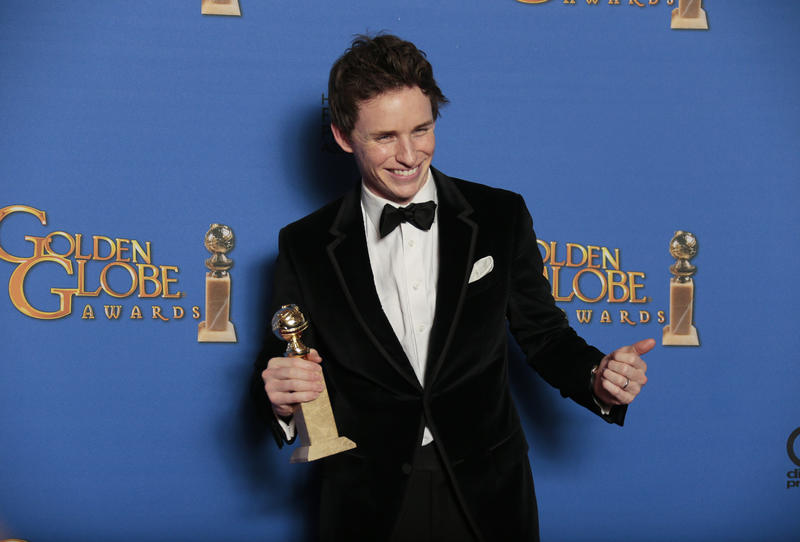 Thanks to the length of Keaton's speech (and some others -- not you, Billy Bob Thornton), the night's other lead actor winner, Eddie Redmayne from "The Theory of Everything," got played offstage. But not before making this face and one that was even more adorbs when they announced his name. He also wedged in a personal moment, thanking his wife of all of three weeks for cutting their honeymoon short and then, later, giving her a piggyback ride down Wilshire Boulevard probably because there was no horse and carriage available.

In the past couple of weeks, Anderson's magnificent movie has picked up nominations from seven guilds -- producers, writers, actors, editors, art directors, cinematographers and costume designers. The British Academy of Film and Television Arts (BAFTA) gave it 11 nods, more than any other movie. And Sunday night, it won the Globe for best picture comedy/musical, beating the category's presumed favorite, "Birdman."

In short, it looks like "Budapest" will become Anderson's first movie to land a best picture Oscar nomination. Beyond that, it might actually be the movie best positioned to (sort of) challenge "Boyhood" for picture honors, particularly if Anderson himself is nominated for both director and screenplay. Judging from his hearty applause at the ceremony, we're guessing frequent Anderson collaborator is on his side. But does Anderson actually have Murray's phone number? That's a question above our pay grade.