Former L.A. County Sheriff Lee Baca admitted lying to federal prosecutors who questioned him about whether he was involved in attempts to obstruct an FBI investigation into the county jails. In this audio, assembled from a nearly four-hour recording

Retired Los Angeles County Sheriff Lee Baca pleaded guilty this week to a felony count of making a false statement in the jail abuse scandal that led him to step down in 2014.

In a plea deal filed in court Wednesday, Baca admitted to one lie and agreed not to contest allegations that he told other lies during an interview with federal prosecutors on April 12, 2013.

Audio of the interview, which was obtained by The Times, shows that prosecutors grilled Baca for about four hours about the unfolding scandal, including whether he tried to obstruct an FBI investigation into allegations of corruption and brutality by his sheriff’s deputies.

1. The visit to an FBI agent’s home Read more

Weeks after sheriff’s officials learned that the FBI was secretly investigating the jails, two sheriff’s investigators confronted one of the lead FBI agents outside her home. One investigator told the agent, Leah Marx, they were in the process of obtaining a warrant for her arrest.

Baca told prosecutors that he did not know about the Sept. 26, 2011, visit to Marx’s home until the head of the local FBI office, Steve Martinez, called him to ask about the encounter.

In his plea agreement filed this week, Baca admitted that he knew in advance of the plan to approach Marx. Prosecutors alleged in the same document that Baca gave the instruction for sheriff’s investigators to visit the FBI agent and “further stated that [they] should do everything but put handcuffs on” her. 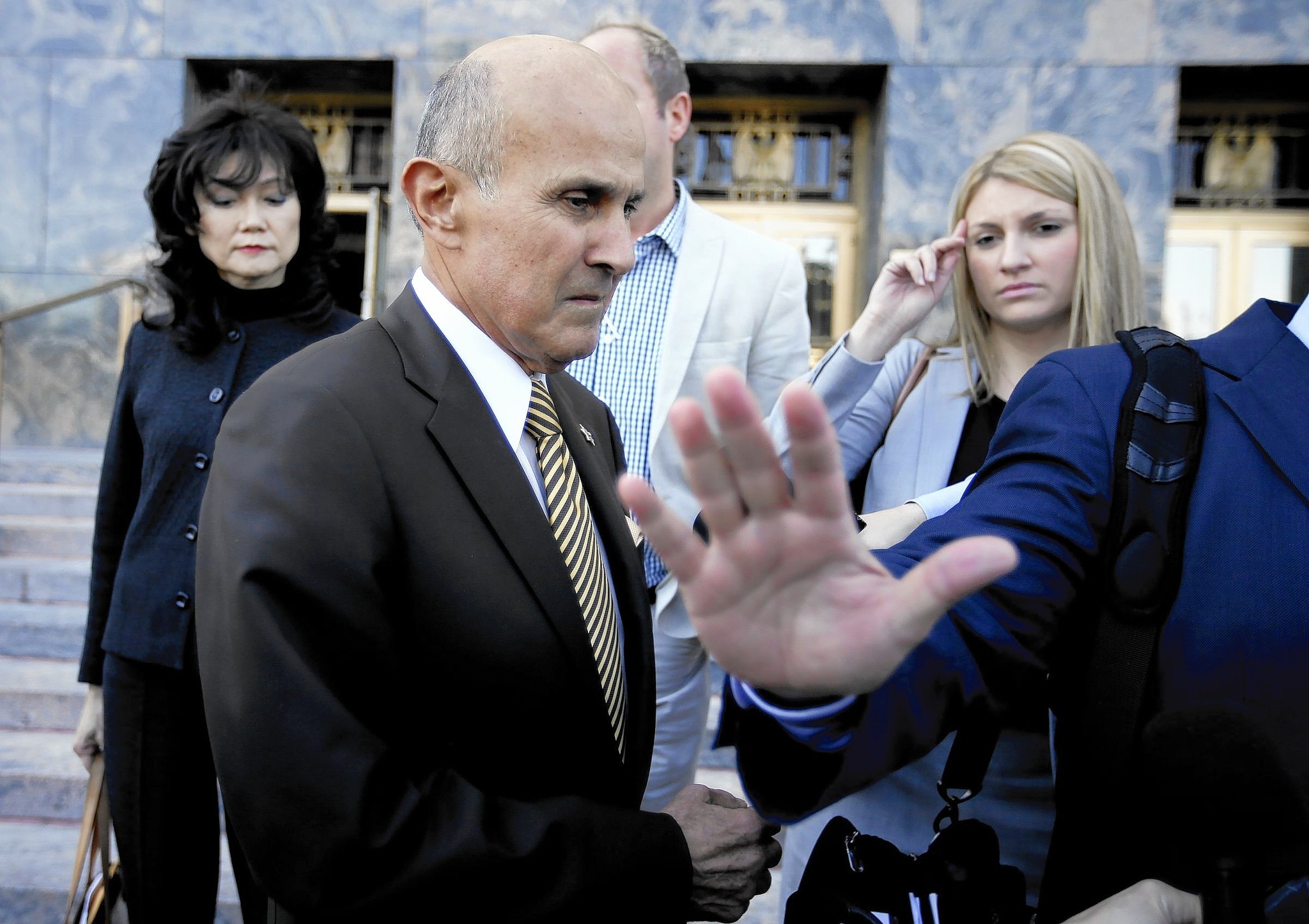 Federal prosecutors have alleged at two separate trials that sheriff’s officials attempted to obstruct FBI agents by keeping them away from an inmate who had been working with them to identify corrupt and violent deputies in the jails.

The inmate, Anthony Brown, was moved from the downtown Men’s Central Jail to a holding cell in the San Dimas sheriff’s patrol station. Jailers kept him under constant surveillance and listed him in department records under a series of fake names.

Lt. Gregory Thompson sent an email to employees saying that the FBI would need approval before interviewing any inmate in sheriff’s custody. Prosecutors alleged that Thompson also directed staff to prevent FBI agents from meeting with Brown specifically.

During his interview, Baca said he wasn’t involved in any discussions to prevent agents from accessing the inmate.

In the court complaint filed this week, prosecutors alleged that Baca “had been a participant in conversations with other members of the Los Angeles County Sheriff’s Department about keeping inmate [Anthony Brown] away from the FBI.” 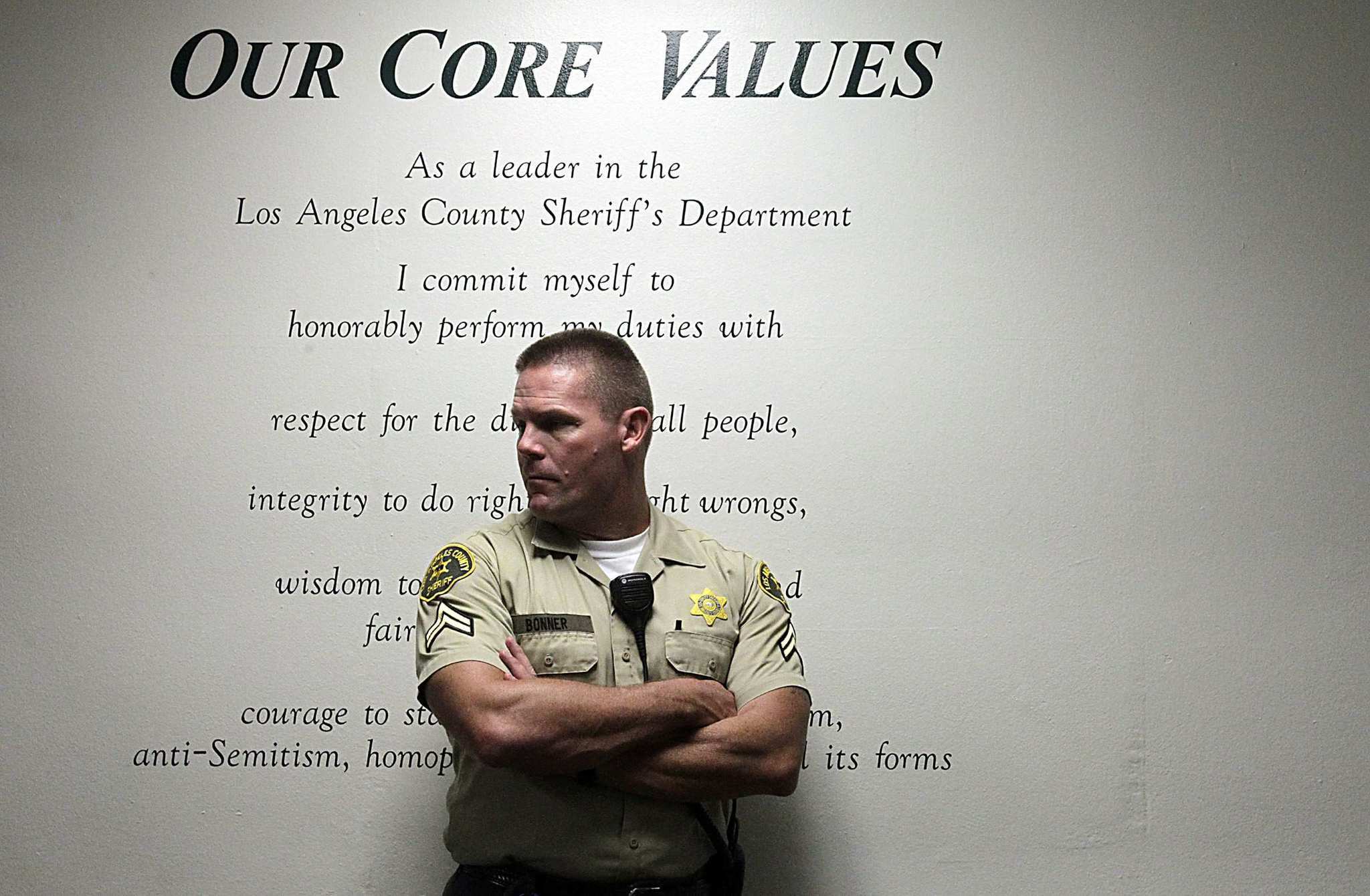 The Sheriff’s Department’s “Core Values,” which Baca required deputies to memorize, are painted on the wall at the jail. (Luis Sinco / Los Angeles Times)

In the interview with prosecutors, Baca denied knowing that a meeting between FBI agents and the inmate informant was cut short by his deputies. He also denied that Thompson, the sheriff’s lieutenant, apologized to him for allowing the FBI to conduct the interview.

According to the plea agreement, however, Thompson informed Baca of the aborted interview, apologizing and promising that the FBI would not be allowed to speak to Brown again. 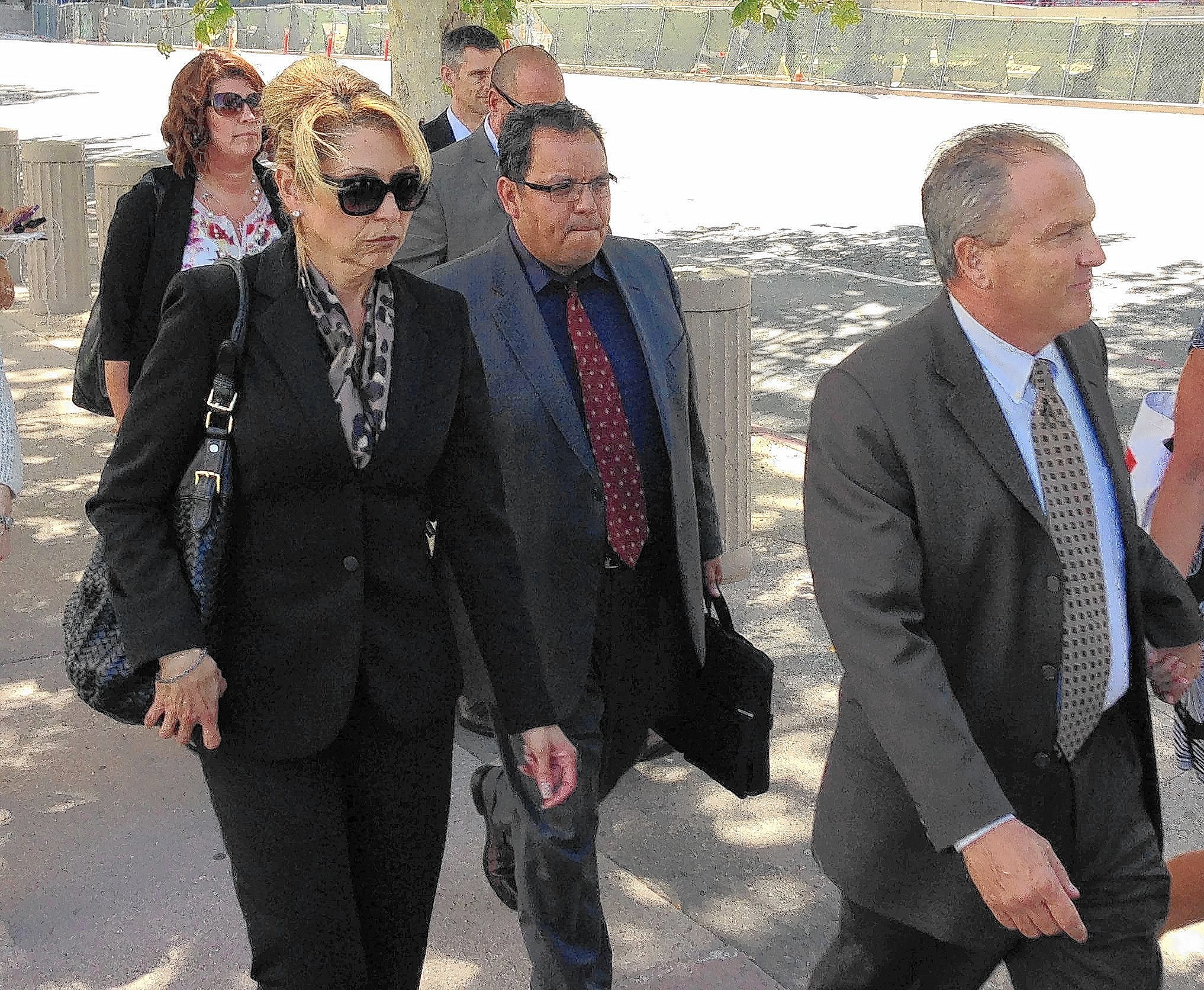 What comes next? Full story

Under the terms of the plea deal, Baca would receive no more than six months in prison.

He is the ninth former sheriff’s official convicted in connection with the obstruction case in federal court.

A former sheriff’s captain who has pleaded guilty to lying under oath has yet to be sentenced. Seven other lower-ranking officials have been convicted and sentenced to prison terms ranging from a year and a half to more than three years. They remain free pending appeals.

Why ex-L.A. Sheriff Lee Baca gets to keep his pension even if he goes to jail for lying

Cindy Chang covers the Los Angeles Police Department. She came to The Times in 2012, first covering immigration and ethnic communities before moving to the L.A. County sheriff’s beat. Previously, she was at the New Orleans Times-Picayune, where she was the lead writer for a series on Louisiana prisons that won several national awards. A graduate of Yale University and NYU School of Law, she began her journalism career at the Pasadena Star-News.

As senior editor of investigations, Jack Leonard oversees the work of a team of investigative reporters in the Los Angeles Times’ Metro section and coordinates investigative stories in other departments as well as investigative partnerships with other organizations. As a reporter, he was part of the team that exposed fraud and abuse in California’s conservatorship system, a series that won several national awards. He went on to investigate how early releases from L.A.’s jail system perverts justice and fosters more crime on the street. Later, he worked on a sweeping expose of abuse and corruption in the L.A. County Sheriff’s Department.